On Coming-of-Age in the Second Wizarding War

Coming of age is…

Harry: Like falling. Not to be controlled, only endured. You can’t stop it. Each second you fall you are deeper and deeper into a divine plan that isn’t yours. You lose trust. You lose time like you lose teeth as a child. But there’s still that fire, that blazing look in her eyes. She never gave up. Now you never can even though you’re weary. It’s easier to let it all end, but you have a choice. Make it count. Hermione: When you realize you actually wanted Thestrals to remain invisible. When the books prove their usefulness beyond the classroom, even illegally. When you don’t learn from books, you learn from life. Like loving someone who left you. Erasing your parents’ memories, the parents who never really knew what was happening. Coming-of-age is like repelling a werewolf off of your lover’s ex, your former roommate, whose eyes have already glazed over. Too young for true love; too young to die. When you kiss him because he remembered, he remembered. When you know you really act first and think later. Like a true Gryffindor. Ron: Like regret. Grappling for something just out of reach because the light guides your way but doesn’t lead you there. When you fight inadequacy, but you’re chained down by the thoughts that never stop. Slithering around your neck, and suddenly you’re nursing your ego over your lover’s heart. Over your best friend’s duty. And it evolves, and you apologize, but then there’s your brother, lying on the stone ground, and you have no more words, not now. Not anymore.

Ginny: Remembering. How you felt, how you lived, how you were. How it was not remembering. Writing is never just writing; it always reminds you of when he made you not remember. But coming-of-age is as bright as lightning, and you remembered why you never gave up, but now it’s different. There’s something more to him and more to you, too. There’s something more to everyone that wasn’t there when you were learning how to cast your first Bat-Bogey Hex. You learn independence. You learn strength. You learn never to back down from what is right after he took your mind at 11. After he meddled with you. Meddled with everyone. 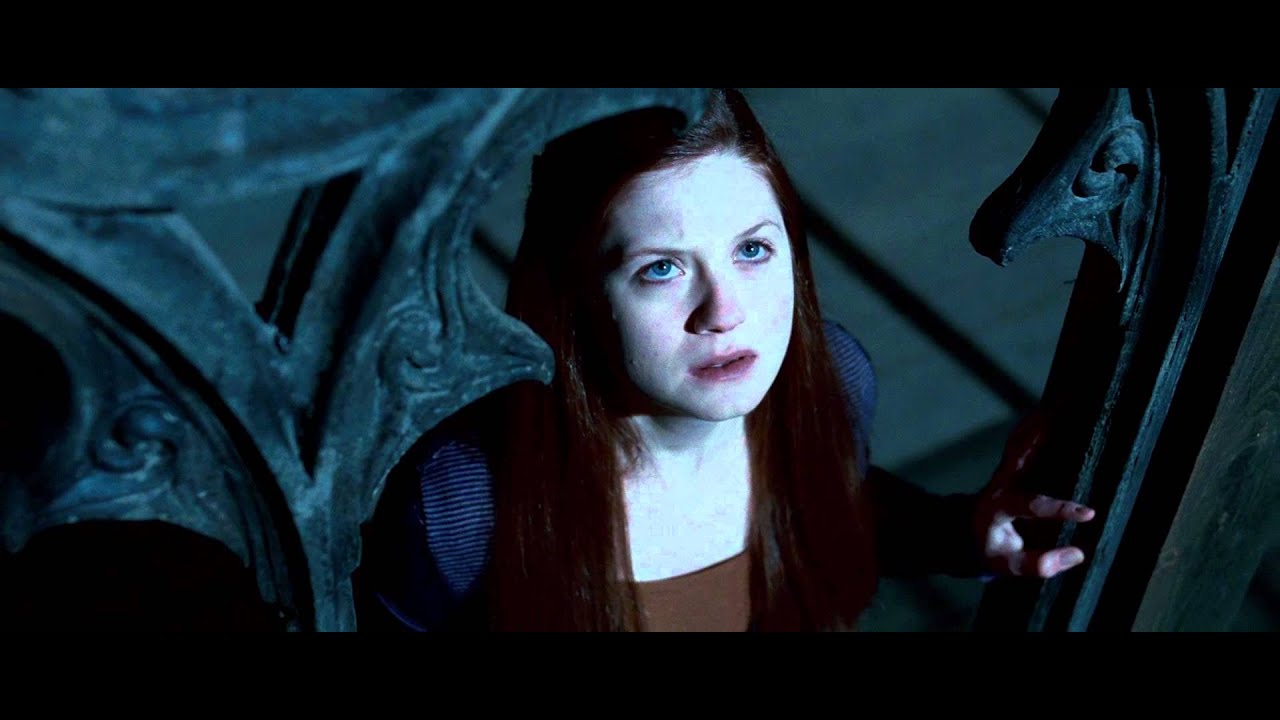 Neville: Being who you are. Fear and terror are a regular occurrence, but they don’t last. What remains each and every second is the beating of your heart. It thumps for so many feelings and people, but it’s for you. Growing into yourself isn’t just a cliché: it’s real, and sometimes you don’t know how much you’ve been waiting until you get there. Until you slay the snake, until you face Voldemort with your loved ones at your side, until you act as a leader when you never wanted to lead. You wanted to belong. And you do. You do.

Luna: When you finally find the Crumpled-Horned Snorkack. When you run after your dreams, not stopping for anyone to tell you that what you believe with your heart and spirit and mind is wrong. You are you. Beautiful, free, explorative. Intelligence is not measured by the types of books you read but by the way you perceive and respond to the world around you. When you find people, your people, and you’re connected despite the differences. Despite the war.

Draco: Realizing it isn’t what you thought it was. It is murky and ambiguous. Choosing a side is dangerous. Choosing the wrong side is deadly. Taking a life is too much for a silly boy in a school uniform. An honor turns sour when the consequences involve death. Any death. Maybe now you know what Potter feels like. What he always felt like. Except you’re the one erasing people off the map. You’re the one breaking existences. Your actions have consequences. And not just for you but for others as well. Maybe you needed to do something different, to alter the path. But fate doesn’t wait for anyone: You only can change it if you will it to be changed. Otherwise it keeps on going. It doesn’t even stop when you fall. It drags you along until you’re on your feet again. And again. And again.