Remember earlier this year when we told you about David Tennant’s new series for Netflix? The very first photos have been released prior to the series debut!

Starting November 20, the world will become acquainted with Jessica Jones, a part-time superhero, part-time private detective living in Hell’s Kitchen, New York. The upcoming Netflix series will star David Tennant, who will play villain Dr. Zebediah Kilgrave, and Krysten Ritter, starring as Jessica Jones. As a long-standing character in the Marvel world, we can expect Tennant to fully embrace Kilgrave’s nickname, “The Purple Man” (anyone else notice the purple scarf?). The Netflix series is set after Jessica Jones’s stint as a superhero, so it is unlikely that we will get to see any of the drama from Jones and Kilgrave’s past, as foretold from Marvel’s Daredevil back in 1964, although we can fully expect a new, dramatic plot.

The first official images from the series are here, bringing with it some familiar faces. Mike Colter (The Good Wife) stars as Luke Cage, a superhero with unbreakable skin and supernatural strength. We will also see Rachael Taylor (Transformers) starring as Jones’s best friend Trish “Patsy” Walker, a fellow superhero and former child-star. 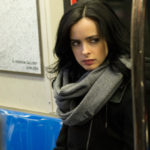 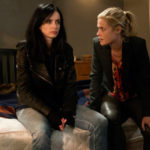 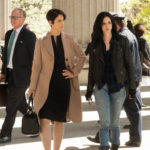 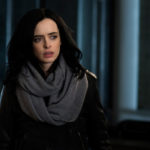 Playing a superhero with a touch of PTSD, Krysten Ritter has already left her awaiting audience wanting more. Getting ready for the November premiere, Netflix has released a short teaser trailer that will certainly give viewers the vibe that this is going to be a show to watch.

And if you missed the original premiere video, check that out below!

Packed full of action and humor, this 13-episode release will be available on Netflix November 20.

What do you think of the trailer? Are you going to watch Jessica Jones?