In this week’s Casting News, Clémence Poésy gives us a glimpse of her new film, Michael Gambon becomes the voice of a TV ad campaign, and we take a look at how several stars are celebrating the release of Star Wars: The Force Awakens. All that and more in this week’s Role Call!

Katherine Waterston (Tina Scamander) recently landed the leading role in Alien: Covenant, the second prequel to Ridley Scott’s Prometheus. Scott, who recently directed The Martian, will answer the questions in this new film that the previous Alien movies have only glazed over.

I came up with the notion of Prometheus 1, which starts to indicate who might have made it and where it came from … why was this space jockey there and why did he have an Alien inside him? And those questions will be answered.

The Guardian reported that Waterston will star opposite of Michael Fassbender as they have once before in the Steve Jobs biopic. We don’t know anything about Waterston’s role yet, but we expect to know more soon. According to Empire Online, Alien: Covenant will begin shooting in March 2016 in preparation for a 2017 release.

Indian Summers, starring Julie Walters (Molly Weasley), will return early next year to Channel 4 with ten new episodes. The show follows the guests of the Royal Simla Club during the final years of British colonial rule in India during the early 1930s. Walters, who plays the role of Cynthia, is thrilled to be getting back into the mini-series.

I can’t wait to get back to the old girl! There’s some fantastic stuff to come in this series and Cynthia’s naughtiness goes up several notches.

See the trailer for the newest episodes of Indian Summers below!

Stephen Fry, the voice behind all seven of the UK Harry Potter audio books, will soon voice two classic detective stories exclusively for Audible: The Coin of Dionysius and The Game Played in the Dark by Ernest Bramah. Both of the stories feature the characterization of Max Carrados, a blind detective first introduced in 1914. Both of the audio books will be available on Audible in early 2016. To see the full article, visit The Bookseller.

Working Title released some photos on Pinterest from Eddie Redmayne‘s (Newt Scamander) The Danish Girl, giving fans a look behind the scenes of the art and inspiration for the film. Other photos from working on location have also cropped up on Pinterest as well. See many of the photos below and check out the rest on Pinterest and Tumblr! 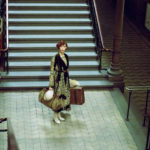 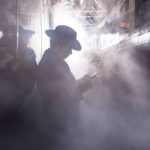 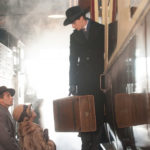 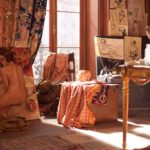 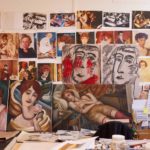 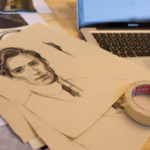 What do you think of the new photos? Are you already planning to see Eddie Redmayne’s artistic and inspiring film?

The Hollywood Reporter announced that Amazon has renewed Hand of God for a second season. The Amazon original series stars Ron Perlman, who has been cast as Gnarlack in the upcoming Fantastic Beasts film with Eddie Redmayne, plays the role of Pernell Harris in Hand of God, an immoral judge who believes God is leading him onto a path of vigilante justice. Catch the first season of the series on Amazon while we await the upcoming premiere date for the second season.

The first trailer was released for Clémence Poésy‘s (Fleur Delacour) upcoming film, The Ones Below. Poésy stars as Kate, a young woman from London expecting her first child with her husband (Stephen Campbell Moore). The rest of the plot unravels in a suspenseful thriller about parenting and jealousy.

The Polanski-esque thriller centers on Kate and Justin, a young couple who befriend their new, and slightly mysterious, neighbors, Jon and Teresa, that have moved in downstairs. When a baby arrives for Kate and Justin, and a tragedy befalls their new friends, the relationship between the neighbors take on an eerie and sinister dimension.

Watch the new trailer for The Ones Below and tell us your thoughts on Poésy’s newest role!

If you missed the clip that was released in October, check it out below!

See Clémence Poésy in The Ones Below, opening in theaters on March 11, 2016 in the UK, with US release dates to be announced soon.

The Kirkintilloch Herald reported that BAFTA award winner, Miriam Margolyes (Professor Sprout), featured this week as the voice of the Mirror in a Backstage Theatre School’s production of Snow White and the Seven Dwarfs’. Apart from Harry Potter, the actress has also lent her iconic voice to the London and Broadway productions of Wicked as Madame Morrible. When asked about her involvement in the production, Margolyes had nothing bad to say.

I am very pleased to be playing the part of the Mirror. The script is great fun and I am sure the students at Backstage, and the audience, will thoroughly enjoy the show.

The student’s involved in the production are of course through the roof with excitement to be sharing the stage with such a big name. The creative director for the show, Gill Bingham, originally approached Margolyes for the part.

We are absolutely thrilled that Miriam agreed to play the part, particularly as she is so busy and in such demand. The students are all huge fans of Harry Potter and WICKED and they are really looking forward to ‘sharing the stage’ with such a big star. 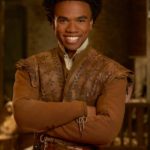 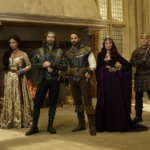 Catch the second season of Galavant January 3rd on ABC!

On Friday morning, David Tennant (Barty Crouch, Jr.) appeared in the Christian O’Connell Breakfast Show annual panto on Absolute Radio. The show, which paid homage to the new Star Wars film, was entitled Star Clause: Snow Hope. Tennant played the part of Dave Vader, a character that combines the evil forays of Darth Vader and Dr. Kilgrave, his most recent villainous role in Netflix’s Jessica Jones. See the show in its entirety below!

Speaking of Tennant’s role as Kilgrave in Jessica Jones,  Entertainment Weekly recently gave Kilgrave second place in The Top 20 Best Villains of Superhero TV in 2015. Kilgrave was beat for the number one spot only by the role of Harrison Wells in The Flash.

Do you agree with David Tennant’s latest achievement? Watch him embody evil and cruelty in Jessica Jones on Netflix!

Gleeson stars as villain General Hux alongside the iconic Star Wars cast. Prior to the movie’s premiere, The National reported a little about Gleeson’s role, alleviating some confusion for the film.

General Hux, [is] a high-ranking member of The First Order – a new, nefarious organisation that has risen from the ashes of the Empire, defeated at the end of Return of the Jedi, about 30 years before The Force Awakens takes place.

In a recent interview with New Musical Express, Gleeson confessed that prior to reading the script for The Force Awakens, he had not seen any of the Star Wars films. Gleeson also revealed that he booked out an whole movie theater in Dublin just so he could watch the first three films. After watching them all, his excitement could not be overstated.

It was amazing. That was one of the big joys of going through it and letting the magic seep in – then leaving it behind to do the job you’re doing.

Among the Harry Potter stars on the red carpet for the UK Star Wars premiere was Warwick Davis (Griphook, Professor Flitwick) and his family. With selfie stick in hand, Davis was beyond thrilled to have the chance to attend the premiere of another film in the saga.

It’s amazing to be here to be honest. I’ve been a fan since I was seven-years-old. What is really interesting is that this film takes place after Return of the Jedi.

Davis famously made his screen debut in Star Wars: Episode VI Return of the Jedi, and Star Wars: Episode I The Phantom Menace, the first of which was the newest episode in the series until now. To see all of the pictures of Warwick Davis having the time of his life on the Star Wars red carpet, visit the Daily Mail.

Watch the cast of Downton Abbey hold auditions to find someone to play Santa Clause in the hilarious video below!

Tell us your favorite part of the sketch and which celebrity’s appearance surprised you the most!

Sir Michael Gambon (Albus Dumbledore) will soon become the voice of Carwow in its newest TV ad campaign. Carwow, which gives buyers new options when choosing and buying a car, predicts that 73% of people planning to purchase a new car will be more likely to look into Carwow after seeing the advertisement. Gambon first became known to the car industry after nearly crashing Top Gear‘s reasonably priced car during a lap of the show’s test track.

Remember the little girl who played Pansy Parkinson in the Prisoner of Azkaban? Her character was later recast with Scarlett Byrne, but Genevieve Gaunt originated the role as the shallow Slytherin first. You may even remember her asking Draco Malfoy a question after he is attacked by Buckbeak.

Does it hurt terribly, Draco?

Gaunt now stars in The Royals as Wilhelmina (Willow), a female polo player and soon-to-be love interest of Prince Liam (played by William Moseley, a face you might recognize from the Narnia films). In last Sunday’s episode, we saw that the pair have undeniable chemistry, but we don’t yet know how Liam will respond. Watch The Royals on E! Sunday nights to see the love triangle unfold.

We recently told you about Bill Nighy‘s attendance at the 19th Annual Nordoff Robbins Carol Service on December 15. Nighy, along with celebrities like Anneka Rice and Dougray Scott, took part in festive readings by candlelight. The event brought together around 900 people in attendance and raised vital funds for Nordoff Robbins.

That’s it for this week’s Casting News! What are your thoughts on all of these new roles? How does Domhnall Gleeson’s villainous role in Star Wars compare to villains in the past? Stay tuned for more news about your favorite Potter cast members and let us know what you think!