Within the Department of Mysteries

The Department of Mysteries is the most secretive part of the Ministry of Magic! No one really knows what the Unspeakables actually do. The most information that has been gathered is that they look into the mysteries of life.

This room is designed to disorient anybody who doesn’t work in the Department of Mysteries. As a security measure, this room spins after a door is shut to confuse the occupant and keep them from locating the room they are searching for. The Entrance Room is a large, black, circular room that is lit dimly by blue candlelight. The doors that lead to the other rooms in the department are identical unmarked doors without handles that are set at different intervals around the walls. The Entrance Room allows you to exit by issuing a verbal request. All you have to do is ask nicely. This room is locked at all times. Neither Alohomora nor a magic lock-picking kit can open this door. Dumbledore said that this door is home to the most secretive subject that the Department of Mysteries studies. It was said by Dumbledore that behind that door is a force “that is at once more wonderful and more terrible than death, than human intelligence, than the forces of nature”; a power that Harry has in abundance and Voldemort couldn’t begin to fathom. This room studies love.

The Hall of Prophecy is extremely large, very cold, and lit only by a dim blue flame that candle brackets emit. There are thousands and thousands of prophecy recordings on shelves expanding beyond the door on both sides. These recordings are magically protected so that only select people are able to remove them from the shelf. Only the subject(s) of the prophecies or the Keeper of the Hall of the Prophecies can remove a prophecy. Anyone else suffers from instant madness. That’s why Voldemort lured Harry to the Ministry. 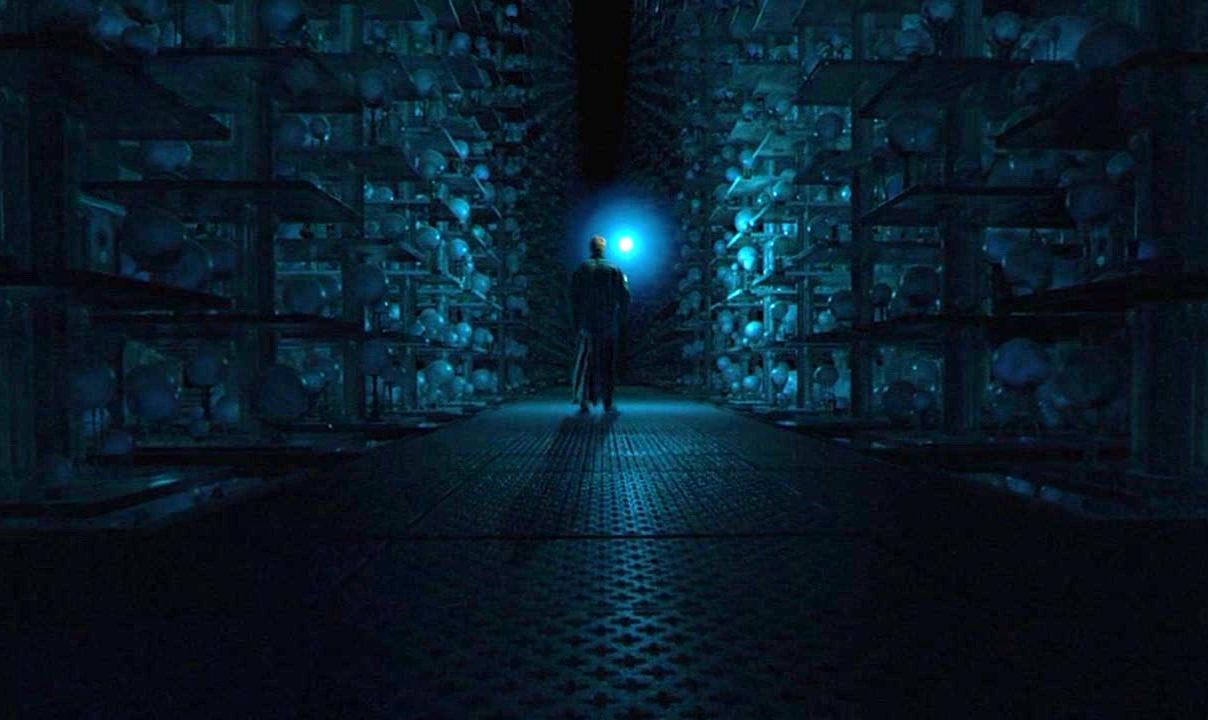 The Time Chamber is well lit with beautiful diamond lights that sparkle and dance. This room stores time-related devices ranging from clocks of all sizes to Time-Turners. These are necklaces that have an hourglass pendant at the end of the chain. When the pendant is turned, the necklace sends the wearer back in time. Unfortunately, the Ministry’s entire stock of Time-Turners was destroyed during the Battle at the Ministry, and they still haven’t been replaced. This room also hosts a mysterious bell jar in which the contents will grow younger and younger, then slowly return to its original age in an infinite cycle. A Death Eater ended up with his head in the jar. Harry, Neville, and Hermione watched as the man’s head changed back and forth between an old man and a baby. When he removed his head from the jar, he had a baby’s head on a man’s body.

Dubbed the Death Chamber by Dumbledore, this chamber resembles an amphitheater. It is large, rectangular in shape, and poorly lit. There are stone benches that lead down to a pit in the center of the room. In the center of the pit there is a raised platform with an old arch and a ragged black curtain hanging from it. Even though there is no wind or draft, the curtain constantly moves, drawing in all that look upon it. It is speculated that this is an entrance to the afterlife, due to the fact that some can hear voices coming from the other side. Harry is one of the people who hears voices as he approaches it. Everyone reacts differently to being around the curtain. Harry and Ginny were drawn to it, while Hermione and Ron were unsettled by it. This is the archway that Sirius Black fell through when he died.

Not much is known about this section of the Department of Mysteries. What is known is that this chamber is essentially a magic solar system. It is a dark room that simulates outer space. Even the visitors find themselves floating among the planets and stars. During the fight at the Department of Mysteries, Luna blew up Pluto in the face of a Death Eater. We do not know if the planet has been replaced.

The Brain Room is a long rectangular room that is lit by low-hanging lamps suspended from the ceiling on gold chains. This room is primarily empty except for some desks and a glass tank filled with a mysterious green liquid. Living (if you would call it that) in this tank are numerous pearly-white brains. No one knows the exact purpose of the brains, but they have a self-defense feature. When removed from the tank, the brains shoot out tentacles of thoughts that can cause serious injury to a person if the tentacles grab ahold of them. Ron had a run-in with these brains during the DA’s visit to the Department of Mysteries. After he was hit by an unknown curse, Ron went a little loopy and summoned one of the brains. As soon as the brain reached his hand, the tentacles started wrapping themselves around his arm. They slowly worked their way to his chest, tightening like a boa constrictor, starting to suffocate him. 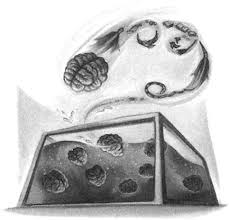 Magic and the mysteries of life reside in the Department of Mysteries. Though some secrets have been unveiled, I am sure there are many more hidden just below the surface.