It’s a new year, which brings new roles and new beginnings for many of our favorite Harry Potter cast members. This week, see how Domhnall Gleeson’s career has blossomed over the past couple of years, what David Tennant is up to this January, and fangirl over the confirmed cast for Bridget Jones’s Baby. All of this and more in MuggleNet’s weekly Role Call!

Adrian Rawlins (adult James Potter) has become heavily involved with the East Riding Theatre in Yorkshire. Acting as the assistant director for the theater’s most recent Christmas performance of Oliver Twist, Rawlins is having the time of his life.

I am loving it…What is lovely from my point of view is if there is a play I have always wanted to do, whether it’s acting or directing, it’s up to me to make it happen.

Rawlins is currently starring as Edward Barbary in Dickensian, a 20-part drama on BBC One, but he loves having the chance to be heavily involved in the success of the local theater. The theater’s next production, Sparrow, will run from January 15 to January 31.

Have you seen the new trailer for Ralph Fiennes‘s (Lord Voldemort) A Bigger Splash? The film follows a filmmaker and a famous rock star who are vacationing in Sicily. The vacation is quickly disrupted after the unexpected visit of an old friend (Fiennes) and his daughter as several events begin to unfold. A Bigger Splash will be released in the UK on February 12 and the US on May 13. Check out the trailer below!

Paula DuPré Pesman (associate producer for the first three Harry Potter films) and Devon Murray (Seamus Finnigan) will make an appearance this year at the Loveland’s Fire and Ice Festival. Pesman and Murray will participate in a question and answer session as part of the festival’s aim to raise money for three different charities.

In addition, a Colorado-owned Ford Anglia, an exact replica from the second Harry Potter film, will be one of the main attractions for those in attendance. The Loveland’s Fire and Ice Festival will run from February 12 to 14 in Loveland, Colorado. Specific times that DuPré Pesman and Murray will be at the festival have yet to be announced.

For David Tennant (Barty Crouch, Jr.), 2015 was both busy and rewarding as he appeared in a variety of television shows as well as stage productions. Most recently, he starred as the villainous Dr. Kilgrave in Marvel’s AKA Jessica Jones. The series was released by Netflix in November in its entirety for binge-watchers, and we feel it’s safe to say that you will never see Tennant in quite the same way ever again!

Thanks to a wonderful David Tennant fan blog, we know that the upcoming year for Tennant will also be chock-full of engagements, several of which have been scheduled for January alone. Starting January 7, Tennant will once again play the role of Richard II, joining the Royal Shakespeare Company’s King and Country event in London. Tennant will play this role at the Barbican on and off until January 22 and will also take part in a talk about the play on January 16.

David Tennant will also be making a couple of appearances on television this month. On January 14, Tennant will star in Room 101, airing on BBC One. The following day, he will make an appearance on Jamie and Jimmy’s Friday Night Feasts on Channel 4. On January 31, the film version of David Tennant’s Hamlet will be shown as part of the Royal Shakespeare Company’s Shakespeare On Screen season at the Barbican. Tickets for this screening are available at the theater’s website. For more news about Tennant’s whereabouts this year, visit his fan blog. 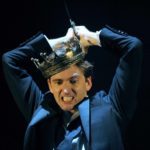 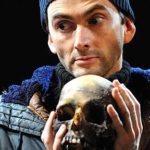 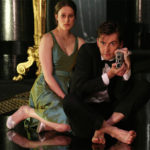 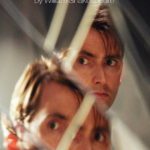 John Cleese (Nearly Headless Nick) has returned to the role that helped make him a household name: Basil Fawlty. In the latest ad for Specsavers, a popular eye care company, Cleese pays tribute to the hilariously popular character when his car trouble and poor eyesight get him into a bit of a bind. Watch the newest ad for Specsavers below!

What can’t Domhnall Gleeson (Bill Weasley) do? In the past two years, Gleeson has starred in film after film, all of which have been big winners at the box office. From Unbroken, to Ex Machina, to the upcoming Brooklyn and The Revenant, Gleeson’s work has been a huge success, and that’s not even mentioning his recent role as General Hux in Star Wars: The Force Awakens.

The Daily Telegraph interviewed Domhnall about his recent accomplishments, indicating that there seems to be a limited number of great scripts out there and Gleeson always seems to be involved with the best ones. Speaking as humbly as ever, he explains how he is always able to pick the right horse:

I try harder to get the films that are of better quality, the films that speak to me. With each of those you’re going to take risks and some of those risks won’t pay off. I’ve been lucky that most of the risks have paid off. But it has to be OK to fail. So I’m not putting any pressure on to continue a [role]. Keep on taking risks and it’ll be fine; if you fail a couple of times, that’s fine too.

Of course, Domhnall had said that he had a great role model in his father, Brendan Gleeson (Alastor “Mad-Eye” Moody), a talented actor on stage and in film. When asked about his father, Domhnall had nothing but praise, stating,

Obviously my father is an amazing example as an actor and as a man, so in the back of your head you’re thinking, ‘Well, if I could have a quarter of the career of my dad, then I would be hugely happy.’

In Gleeson’s newest movie based on real events, The Revenant, he stars as Captain Henry, the leader of a fur trapping company. While running for their lives, Henry abandons Hugh Glass (played by Leonardo DiCaprio) to return to base for help. For Domhnall, he says the making of the film has been both trying and rewarding:

I don’t think any of us knew quite how far we would have to go and would be willing to go to get what was necessary for the film. It was a real test of endurance and belief. You can see that up on screen ’cos we shot it chronologically — we’ve aged over the course of the film! But it was nice to see that no one ever stopped believing. 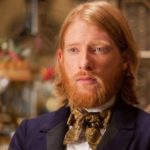 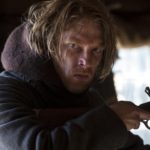 The Revenant has already begun to receive some Oscar buzz, along with some of Gleeson’s other recent work. See Gleeson star in The Revenant on January 7.

A couple of months ago, we confirmed that Jim Broadbent (Horace Slughorn) and Gemma Jones (Madame Pomfrey) were returning to the cast of Bridget Jones for the third installment, Bridget Jones’s Baby. In a recent issue of Entertainment Weekly, it was announced that Shirley Henderson (Moaning Myrtle) would also be back for the film! The film is currently listed as in production, but we will let you know when more news or photos of our three Potter stars surfaces. Bridget Jones’s Baby is scheduled to be released on September 16, 2016.

Did you miss out on the trailer for Warwick Davis‘s (Professor Filius Flitwick / Griphook) Billionaire Boy before it aired on New Year’s Day? Let us help you catch up! In this new David Walliams adaptation, Davis plays the role of the exasperated celebrity butler who waits on the Spuds, a family with a newly found fortune. Check it out here, as tweeted by Warwick:

Here’s a preview from @davidwalliams #BillionaireBoy which premiers on @BBCOne, New Year’s Day at 7pm… https://t.co/4sqyBA2K9q via youtube

Jamie Parker, who was recently cast as an older Harry Potter in the eagerly anticipated West End play Harry Potter and the Cursed Child, has put his newfound fame to good use. The actor, who began his theater career in Kendal working with the National Youth Music Theatre, took to Twitter to rally support for Kendal’s flood victims as they try to recover from the floods that damaged businesses and homes after the River Kent overflowed in December. What a wonderful way to get his new Twitter followers from the Harry Potter fandom involved!

Tourists flying into London’s Heathrow Airport will be greeted by Stephen Fry (voice for the UK Harry Potter audiobooks) introducing the ins and outs of British etiquette. This short film addresses common situations that one may encounter when in the UK in a friendly, comical way. Fry tweeted about his involvement, which took place last year:

The chief executive of Heathrow, John Holland-Kaye, commented on the recent video with excitement for its release, saying,

We know from our passengers that it’s important to them to feel they have arrived in the UK from the moment they disembark from the plane, and what better way to do that than with a fun film from one of the country’s most beloved comedians.

Visitors to the UK will also be able to access the video guide on the airport’s WiFi page, but we’ve posted it below for you to watch here!

We told you a while ago about MinaLima‘s (graphic artists for Harry Potter films) involvement in the upcoming film Fantastic Beasts and Where to Find Them, but they recently took to Instagram to announce that they are currently working on artwork for the live-action film The Legend of Tarzan.

The film is directed by David Yates (director of last four Harry Potter films) and is expected to break into theaters July 1. Interestingly, The Legend of Tarzan is filming at the same time as Fantastic Beasts, so that gives you a bit of an idea of how organized Yates must be to keep everything on track!

That’s it for this week’s Casting News! What has been your favorite role of Domhnall Gleeson’s thus far? Are you excited to see Jim Broadbent, Gemma Jones, and Shirley Henderson return for Bridget Jones’s Baby?  Tell us what you think of the latest roles and projects our Harry Potter stars will be tackling this year by commenting below!