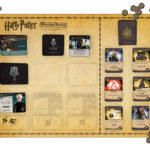 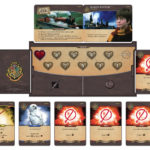 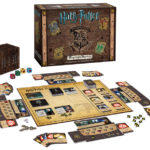 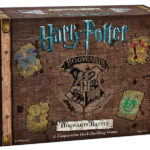 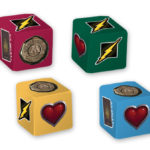 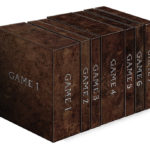 This new interactive board game puts you right in the middle of the Battle of Hogwarts as one of four heroes: Harry, Ron, Hermione, or Neville. From there, your character of choice must complete seven challenging tasks, each more difficult than the one before, to protect Hogwarts from the threat of Voldemort, Death Eaters, and any other heinous villains lurking on school grounds. But do not despair! Your character will have the chance to collect new spells and magical abilities that will help you fight against the Dark Lord.

You begin the game with a set of cards of specific items that are individualized to your character. For example, if you were to choose Harry, he would come with Hedwig – a companion who can either heal you or attack your foes – and his Invisibility Cloak. By using these magical items and collecting spells, potions, and ally cards, you can work your way up through all seven challenges to defeat Voldemort and save Hogwarts and the wizarding world.

If you’ve ever wondered how you would fare in the Battle of Hogwarts, this is just the game you have been waiting for! This game will only be available to those in the US and Canada. You can pre-order it now at the Harry Potter Shop, and it will be ready to ship out September 9, 2016.

Are you excited to test out your wizard skills in the new game? Or would you prefer to see the game in a different style or format? Let us know in the comments below!