The lights dimmed in the stadium, and then you heard a roar, followed by a large mass flying across the sky. A spotlight hit the large shape and revealed a giant Peruvian Vipertooth dragon. When the dragon flew lower, people in the crowd started pointing. There was a wizard on the dragon’s back! The dragon swooped lower, and the human figure jumped off, landing on the stage. It was quite an entrance from the Brazilian Minister of Magic, João Araújo.

On the way out the arena, the dragon breathed fire, barbecuing a few crowd members before the surrounding wizards extinguished the blaze before it could spread.

Another spotlight appeared, and you could feel the apprehension in the crowd as we waited for what was coming next. Then what appeared to be a tiny monkey entered the arena. It had long hair and big black eyes. Another came out, then another. Soon there was a swarm of these monkey- type things forming a circle disappearing and reappearing, in what only could be considered a dance. People began whispering about the little creatures, calling them as Demiguises (which are shy creatures primarily found in the Far East). 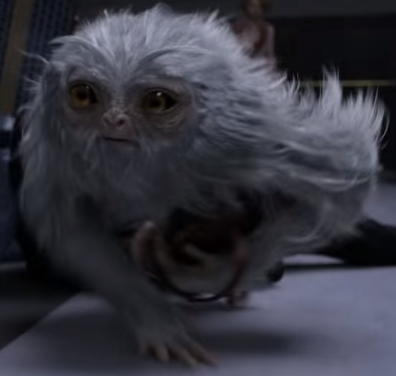 Then with a loud crack, a small Japanese woman Apparated in the center of the circle. The Demiguises disappeared, and the small man made his way to the stage with the Brazilian Minister of Magic. This was the Japanese Minister of Magic, Natsumi Hashimoto, who announced that the Demiguise was going to be the mascot of the 2020 Wizolympic Games in Tokyo, Japan.

An announcer then spoke to the entire stadium and said, “We now ask for a moment of silence in honor of the lost members of the Canadian Expedition Wandless team, as well as all the other competitors that we lost.” The stadium was deathly quiet, and everyone raised their wands in remembrance.

In order to lighten the mood, the Japanese proceeded to provide a taste of the entertainment we could see in the 2020 Games. Dancers dressed in kimonos emerged from entrances under the seats of the anxious fans. They raised their wands and little umbrellas popped out of the ends. They began doing a traditional parasol dance with a beautiful, magical twist. The tops of the umbrellas changed colors and patterns with the music! They created beautiful Japanese scenes, historical Wizolympic events, and a waving Japanese flag to finish the routine.

The Japanese did an amazing job showcasing a peek of their culture, and I cannot wait for more in the 2020 opening ceremonies. Then, once again our attention was directed to the stage in the middle of the area. The Wizolympic Salamander was positioned between Araújo and Hashimoto. Hashimoto was standing with flames in her hand, while the Brazilian Minister of Magic’s wand was poised and ready. Araújo’s voice rang through the stadium amplified, speaking Portuguese. As he spoke, the words were translated over his head in gold writing. He said, “Rio de Janeiro, Brazil, passes the torch of the Wizolympic Games to Tokyo, Japan!” Hashimoto responded in Japanese, her subtitles reading, “Tokyo, Japan, honorably accepts the responsibility of the Wizolympic Games from Rio de Janeiro, Brazil!” Cheers erupted throughout the stadium.

Araújo raised his wand, and water shot out, dousing the Salamander, extinguishing it. The Salamander searched for the nearest heat source, turning to the Japanese Minister of Magic. It jumped into the fire in her hands and disappeared with a loud bang. The crowd erupted with loud cheers as the two Ministers of Magic took their last bow of the 2016 Wizolympic Games.

Then the party began, and oh my, what a party it was. Music began playing in the stadium, and the audience flooded the arena floor. The party is still raging on! Costumes are encouraged, and individuality is required. The Medal count is below, as well as links to all of our events.

Time to get back to that party!! Adalina Mancer, signing off from Rio! Can’t wait to see you all again in 2018 for the Winter Wizolympics and the 2020 Summer Wizolympics.

Miss any of our Wizolympic events? No worries!! An index with links is right at your fingertips!!