‘Ello again!! Welcome ter Hagrid’s Fantastic Beast of the Month!! ‘Tis the end o’ the month, which means ’tis time to teach yeh about another facinatin’ creature. Listenin’ back ter one of the first episodes of SpeakBeasty, I came across this colorful critter with an interestin’ song. ‘Twas called a Fwooper.

This little critter is an African bird, with brightly colored feathers in orange, pink, lime green, and even yellow. Wizards have been collectin’ the tail feathers of these majestic creatures ter be used as fancy quills. Hopefully, they have been collected after they have molted so no harm comes to these creatures (Note ter self: Look inter that). 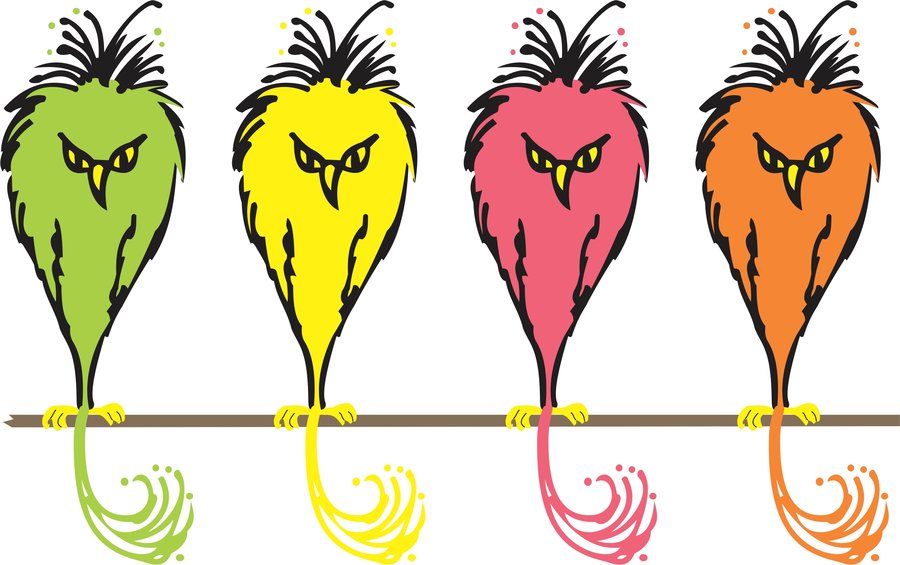 This beautiful bird also produces an unbelievable song! ‘Parently, it will eventually drive the listener insane, though. One example is Uric the Oddball, who believed that the song of the Fwooper was beneficial ter yer health. When he went ter convince the council of this, he showed up naked, with a dead badger on his head actin’ as a toupee (sorry, Hufflepuffs). However, he did listen to it fer three months straight, and listenin’ to anythin’ fer that long would drive anybody nuts. Fwoopers can be bought and sold fer wizarding households, though they are usually sold with Silencing Charms on them (which ‘parrently doesn’ harm them, even if it does sound like a cruel and unusual punishment). How would yeh like it if someone stripped yeh of yer voice?

These beautiful creatures have been around fer ages and hopefully will be around fer awhile longer. I think I found me next pet!! Hmmm… maybe I will give Uric’s theory another try. Just in small doses, though.

Thanks fer readin’, and I hope yeh learned something! Remember ter check out SpeakBeasty! Don’ forget ter follow the spiders!

Make sure to check out Hagrid’s other articles!

Hagrid’s Fantastic Beast of the Month: The Hidebehind