Potter veterans Robbie Coltrane (Rubeus Hagrid) and Julie Walters (Molly Weasley) star in new series National Treasure, a four-part drama that explore the events after a famous comedian is accused of sexual abuse. Based on the real-life events that unfolded around Jimmy Savile, Coltrane plays Paul Finchley, the man accused of rape, and Walters plays Finchley’s wife. In another Potter connection, the drama is penned by Harry Potter and the Cursed Child playwright Jack Thorne, and all three recently spoke to the Guardian about the miniseries.

The article opens describing a scene where Coltrane (as Finchley) must listen to the testimony of one of his alleged victims in court. Throughout her story, the camera remains focused on Coltrane, who has tears streaming down his face. Coltrane says of the scene,

I didn’t have to act at all. The evidence was so heartbreaking. I mean, if you’re not moved by that, you might as well hand in your human-being cards.

In fact, despite caution from certain sectors that playing Finchley could be bad for his career, Coltrane felt it was important to tackle the role to help showcase the courage and suffering of rape victims, especially women who must testify publicly to try to win justice.

As if a drama has to be a Sunday-night thing you watch with your eyes half closed. No, no, no. Drama has always illuminated what’s actually going on in society, in a way that the news or the internet doesn’t…The writing is absolutely beautiful. There’s total respect for people who actually were attacked. That’s the important thing for me. If you were raped, what is your life like thereafter, and what would it be like to stand up in court and talk about it? The moral strength required to actually say, ‘He fucked me,’ while he’s there in the room and so is the public and the press. 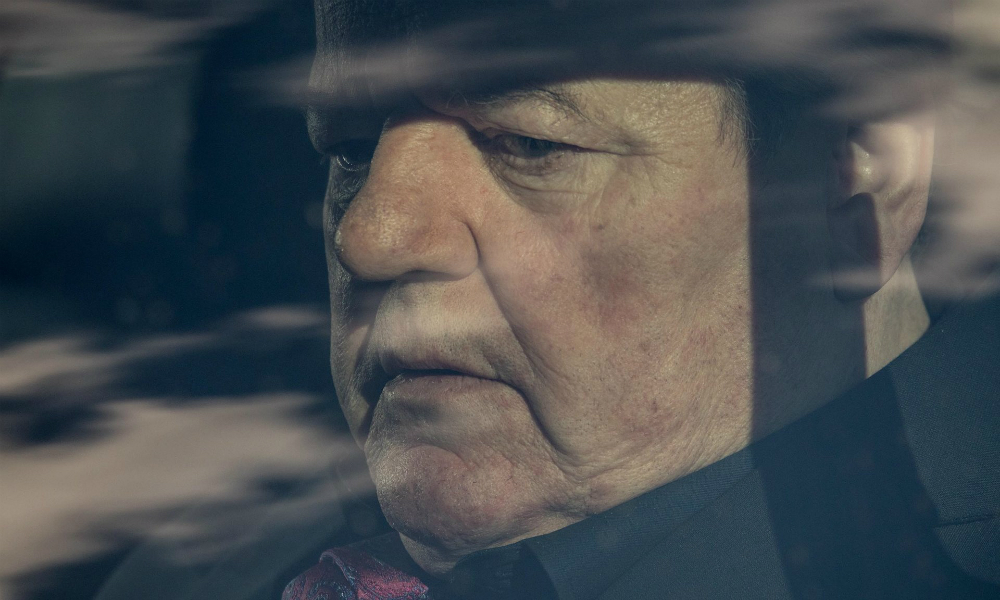 According to the article, National Treasure is all about ambiguity, never clearly laying either guilt or innocence at Finchley’s door. One of the ambiguous issues tackled is that of “fishing,” or leaking an accused celebrity’s name to the press. The aim of fishing is to draw out other victims who may never have come forward with their claims, but it can also ruin the reputation of the accused person, even if they are innocent. Writer Jack Thorne says of National Treasure,

You are potentially destroying someone by naming them in the media. On the other hand, you are allowing people who may have been severely damaged to have the confidence and courage to come forward because that person is now in the spotlight. It’s so bloody complicated and difficult to know what the police and media should be doing, which is why talking about it seems important.

The Guardian notes that Thorne worked on the script for National Treasure at the same time he was writing Cursed Child, switching out the terrors of the wizarding world for the terrors of our Muggle one. Thorne spoke about facing those hard truths:

Examining an issue that has horrified this country felt like an important thing to do. It’s horrifying that Jimmy Savile existed. It’s horrifying that so many people seemed aware of it, and we seemingly let it happen. The more we uncover about how much people in public life were aware, the more important it becomes to examine how we deal with this issue and what our responsibility is.

Julie Walters plays Marie Finchley, who is drawn into the public arena when her husband is accused. Walters says of her character,

Marie is the wind beneath Paul’s wings. Paul is a public entertainer, fragile in many ways, and Marie reminds me a bit of my husband, in that she is solid and there and keeps things together and supports him and looks after his fragile ego. She’s a Catholic, and Paul isn’t, which I thought was interesting. I was brought up a Catholic; I’m lapsed. Paul has been unfaithful lots of times, and she stays with him. I feel that the piece is about faith and doubt and trust, and she makes that leap with both her religion and with him. 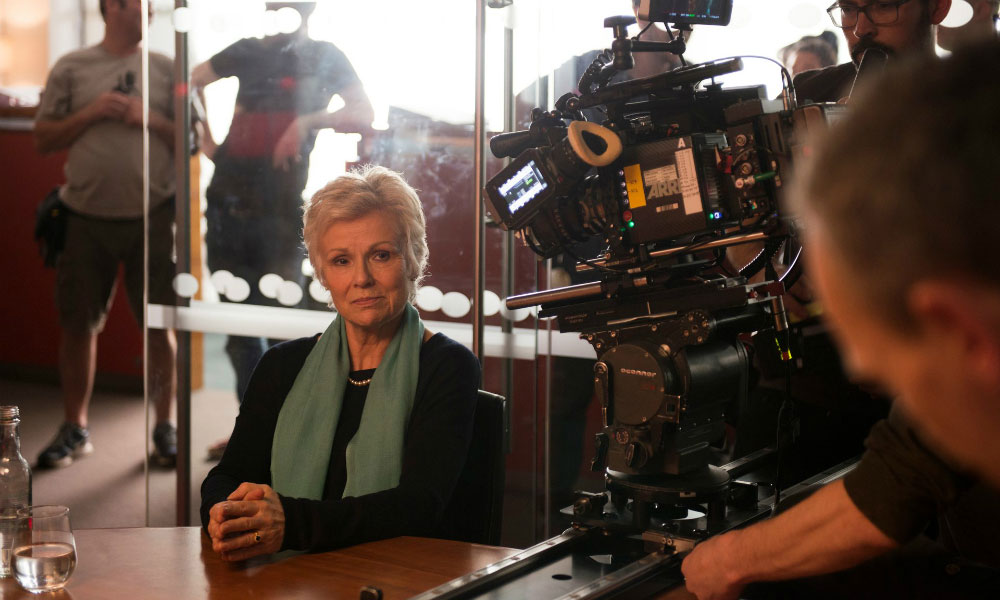 National Treasure airs in the UK later this month. Will you be tuning in?