Hello, all! Adalina Mancer here, happy to be back and reporting on the upcoming Minister of Magic Elections!! I have been assigned to cover the candidate William Waverly, a Muggle-born who is stealing our hearts. By doing a little digging, I have been able to learn a little bit about him and figured I would share it with you! 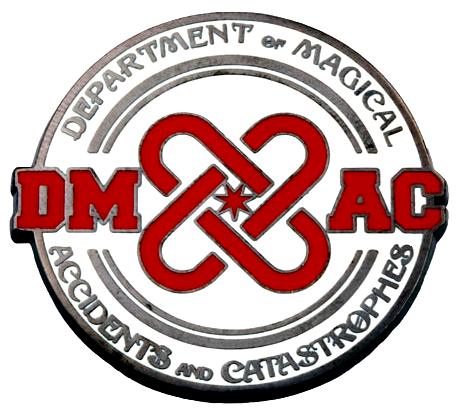 His Ministry career began in the Misuse of Muggle Artifacts Department. Waverly has stated in previous interviews that working alongside Arthur Weasley was a real treat. They still maintain a close friendship to this day. Over the years, he decided to leave that department and become an Obliviator. He currently spends his days removing magical memories from the heads of Muggles and seems to quite enjoy his work.

I was confused as to how he got into politics because his career path doesn’t really lean toward it. In an earlier interview, Waverly dictated that his mother was a parliament worker, and he spent his vacations assisting her in her office. (Working on your school breaks? Must be a Muggle notion!)

This got me thinking about Waverly’s father and what he does. Mr. Waverly works as a technical engineer (which is a Muggle who helps design and build different structures). He started having Waverly fiddle with the technology from a young age. No wonder he enjoyed his time in the Misuse of Muggle Artifacts Department. He even owns a Muggle technology shop where he fixes broken computers and telephones. This is one of the few hobbies I have discovered Waverly having.

I also found out that when he was younger, he built big metal contraptions that battled each other. He controlled these contraptions with a re-mote. I dug a little deeper and found out that they are called robots, and he still participates in their construction. He was excited to attend Hogwarts but sad to leave his robots behind.

While at Hogwarts, he was Sorted into Hufflepuff House and made that his home for seven years. He was studious and hard-working like Hufflepuffs are known to be. While he was in school, his favorite class was Charms. According to his professors, Waverly excelled at creative problem solving and often made teacups do things that no one else had thought to attempt.

Never married, William Waverly is still a bit of a mystery to the public at large. What inspired this quiet man of many musings to try to become your next Minister of Magic? Only he himself could tell you! Make sure your owls are paid up! You aren’t going to want to miss one minute of the race!