Emma Watson was awarded with the Inspiration Award at the 2016 Harper’s Bazaar UK Women of the Year Awards last night in London. The actress and UN Women Goodwill Ambassador was presented with the award by Harry Potter and Fantastic Beasts producer David Heyman. You can watch the full acceptance speech below, where she talks about how terrifying it was to make her first speech at the UN in 2014.

I really didn’t think I had it in me to do that speech at the UN two years ago.

I was utterly terrified. Really, really bricking it. It was one of those moments when inspiring women have picked me up, scraped me up from the floor, and said, ‘I know you’re terrified, but you can do this.’

She later spoke of her reaction after she first auditioned for the role of Belle in Disney’s upcoming live action movie of Beauty and the Beast, saying,

I was quite literally in the fetal position on the floor after I had done the audition, thinking, ‘Why did I think I could do this? I can’t do this, this is utterly terrifying.’ 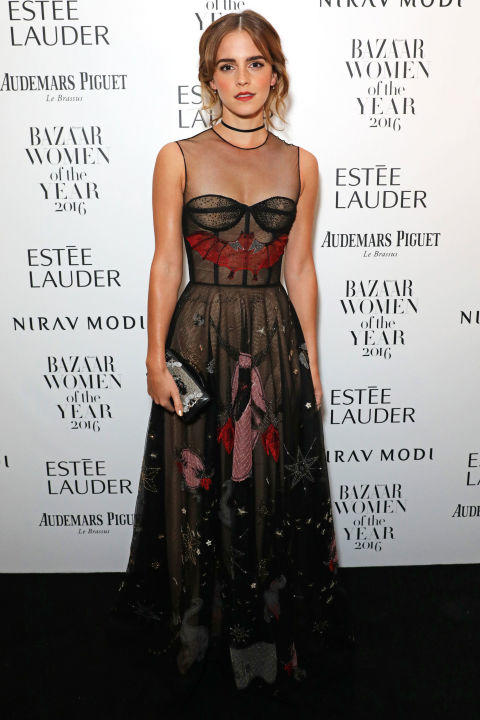 Watson, who recently urged the women of America to get out and vote on November 8, will be next be seen on the big screen in Disney’s Beauty and the Beast, which hits theaters on March 17, 2017. What did you think of Emma’s acceptance speech? Let us know in the comments.