Earlier today, during the press junket for Fantastic Beasts and Where to Find Them, there were multiple roundtable discussions surrounding the film. During an approximately 15-minute span, Eddie Redmayne and Katherine Waterston (Newt Scamander and Porpentina Goldstein) answer all sorts of questions, ranging in intensity from deeply introspective to light-hearted curiosity. 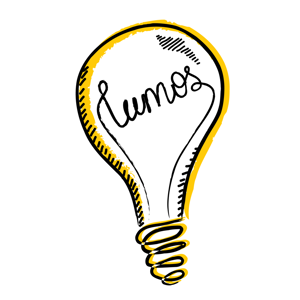 The first topic that came up right off the bat was the protection and salvation of children in the film and how that affected both of their roles. Eddie reveals that Ezra helped him with understanding the impact of institutionalization of children, along with J.K. Rowling’s Lumos, a charity founded to help fight against these institutions. As Katherine says, having this understanding almost “invites the audience into a history that they’re not exactly [familiar with].”

Another hot topic was also discussed during this first roundtable: Unrecognized feminism during the time period that Fantastic Beasts is set within. There’s no doubt that women’s rights have come a long way in a short period of time, but it wasn’t as dismal as most people seem to think. This type of attitude is portrayed in a brilliant way in this film ― Tina wears pants, not a skirt! Even if a movie is set in modern times, if there is female lead, she usually ends up in a skirt and heels. (Have you guys seen Jurassic World? Who keeps on heels while running from a dinosaur?) Katherine had the pleasure of taking on this surprisingly empowering role, and she reveals that she thought of her grandmothers the entire time:

One of [my grandmothers] was a secretary in New York and took the elevated trains that are no longer in the city but are in our film… and I thought about her, a young woman in New York, a lot when we were working on this; and my other grandmother who was a total punk and obviously [a] pre-feminism feminist.

So hopefully, when we finally see Fantastic Beasts, we can take note of these incredibly important ideas throughout the film, instead of being upset about the delicious-looking food being fake ― a small detail divulged by the duo during their discussion!