“Potter” According to My Muggle Parents

It’s not uncommon that I’ve been compared to Hermione, and that’s not just because my parents know much less than I do about the wizarding world. Recently, I accidentally created a game with my parents by asking them if they knew the names of certain Harry Potter characters. Mom and Dad, I love you, but this material was just too good to waste.

First, my father – the man who once played Harry Potter trivia with me and shouted “Hagrid!” as his every answer, in the hopes that it would finally stick. So #hetried. Fred and George: Matt and Henry… I just genuinely don’t know where those came from. Rubeus Hagrid: Igrid Hagrid… well. That certainly is some sort of name, huh? Draco Malfoy: Rico Malfoy… the closest one, so some credit is due. I told him to name just one of Ron’s brothers: Ronald… along with his other brothers Ronaldo and Ronnie, and even his sister, Ronna.

Then there was my mom, who actually does retain quite a bit of the information but is no encyclopedia of Potter like I am. Regardless, she did have some gems up her sleeve.

Lucius Malfoy: “Is it kind of evil sounding, like him?” And then for some reason, my dad asked about the “elves,” which turned into my mother talking about the “judges” in the “House” (a.k.a. the Gringotts goblins). So I never did get an answer. 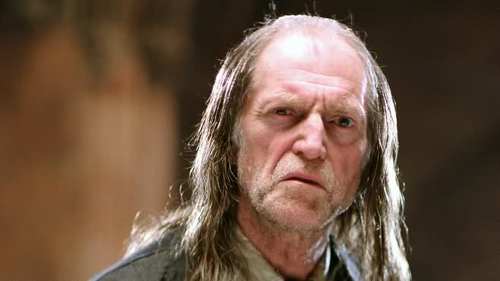 Filch: Grungers… because according to my mom, “It’s a name that sounds, like, dirty or something, right?” And Grungers came to mind. Mrs. Norris: Mrs. Nelson, which happens to also be the name of my old high school theater teacher… so maybe that’s where that came from. (Things they did get correct, though:

My dad: Luna Lovegood and Dobby.

So all in all, it was a fun learning experience on both ends. My parents now know a little more about the characters, and I know a little more about my parents. 10/10 would recommend playing with relatives who don’t know as much as you do. Likewise, I suggest they ask you questions to make you feel equally as stupid, because of Hufflepuff fairness.