It’s our first Role Call of 2017, and we are really excited to continue to bring you all the latest projects our Harry Potter and Fantastic Beasts stars are tackling in the new year and beyond. In this week’s edition, we get our first look at the final season of Broadchurch, see the first official trailer for Alien: Covenant, and get our first glimpse at Sherlock‘s baddie of the week. All that and more in this week’s MuggleNet Casting News!

David Tennant (Barty Crouch, Jr.) will be the first guest star on The Last Leg, a comedy talk show currently in its sixth season on Channel 4 in the UK. It is expected that Tennant will likely talk about the new season of Broadchurch, which was confirmed to return for its final season early in 2017. The announcement of the final season came via a video teaser, which you can see below.

He may also talk about his new film, Bad Samaritan, which he is currently filming in the US. He is also scheduled to take on the West End lead role in Soho’s production of Don Juan. Additionally, his film Mad to Be Normal, is set to close the Glasgow Film Festival on February 26, and Tennant is scheduled to attend the closing gala along with some of his costars. Sir Michael Gambon (Albus Dumbledore) also stars, but we have no official confirmation that he will attend the gala. Tickets are now on sale and you can purchase yours here.

Just before Christmas, Katherine Waterson‘s (Tina Goldstein) new film, Alien: Covenant, released a new trailer. Check it out below, and then read on to see what Waterson had to say when comparing the beasts in her new film to those from the wizarding world!

He always seems to play the villain we love to hate, and his new role in the Netflix series The OA is no exception. Jason Isaacs (Lucius Malfoy) sat down with Esquire to discuss his new series and the lack of a marketing campaign, which seems to have helped keep the mystery of the series alive and well. His role finds him portraying Dr. Hunter Hap, “a scientist whose pioneering research into near-death experiences drives him to villainous extremes.” 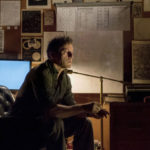 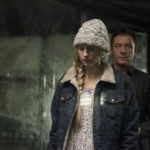 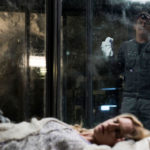 In the interview, Isaacs talks about reading the script, what he thinks about his character in relation to the main heroine of the story, and the anti-marketing idea Netflix used for the series.

I’ve never read anything like it. I thought it took such enormous creative risks, and just asks the audience to boldly go. There are so many things that I find hard to describe about it, because as you say, it’s impossible to place as you’re watching it, and you’re not sure from one episode to the next what you just saw, and why it happened, and whether it really happened. I was up at midnight when I got the script, and I’m normally an insomniac but I was about to go to sleep on this night. I asked if I could just read it in the morning, and they said no, because you have to Skype the director at two o’clock in the morning, and then if you like it you have to get on a plane and go straight to New York to start filming. So my mind was kind of spinning as I read it—it seemed almost inconceivable to me that they were making something as risky as this.

You can read the full interview here, but beware! It definitely contains spoilers, so you should watch the series on Netflix before reading!

While fans of Fantastic Beasts and Where to Find Them are already well aware of the wonderful casting for the film, it looks like the film industry is about to recognize it as well! The Casting Society of America is set to hand out awards for top casting directors this month in their annual Artios Awards, to be held on January 19.  Among the nominees for Outstanding Casting in Drama are Fiona Weir and Jim Carnahan for Fantastic Beasts! Congratulations, Fiona and Jim – we’re rooting for you both!

If you aren’t a fan of Sherlock on BBC One, you might not have realized that a familiar face, or rather voice, guest starred as the baddie of the week recently. In the second episode of the current season, Toby Jones (Dobby, voice) made an appearance as Culverton Smith, and his character is described as the “purest evil.” Take a look at the trailer for the episode, “The Lying Detective,” and then go catch up on your Sherlock!

Speaking of Sherlock Holmes, it was announced this week that Ralph Fiennes (Lord Voldemort) has joined a new interpretation of the character’s adventures, alongside Hugh Laurie! The comedy by Will Ferrell has not yet revealed who will be playing the iconic sleuthing team, only that Fiennes has joined the cast. Reportedly, this version is in no way associated with either the big-budget version starring Robert Downey, Jr. or the BBC One series, but they are filming in London currently and have plans to release the film sometime next year. We can’t wait to see Fiennes in another comedic role – he does it well!

Perhaps best known to MuggleNet readers as Cho Chang, actress Katie Leung continues to add dramatic roles to her resume. Recently announced is her involvement in the Royal Shakespeare Company’s production of Snow in Midsummer. Leung will play Dou Yi in this contemporary take on a Chinese classic. Here’s a synopsis of the play:

Executed for a murder she did not commit, young widow Dou Yi vows that if she is innocent, snow will fall in midsummer and a catastrophic drought will strike.  Three years later, a businesswoman visits the parched, locust-plagued town to take over an ailing factory. When her young daughter is tormented by an angry ghost, the new factory owner must expose the injustices Dou Yi suffered before the curse destroys every living thing.

You can learn more about the play and purchase tickets here. Shows are scheduled to begin February 23.

That wraps up the first Role Call of 2017! What do you think about the upcoming projects and films for our Potter and Fantastic Beasts cast members? Let us know which films you are looking forward to by leaving us a note in the comments section below!