This week’s MuggleNet Casting News finds several Potter cast members up to a fair bit of trouble. From Internet hacking to inappropriate behavior, the projects we look at this week take us down a bit of a dark path.

While we all know and adore Robbie Coltrane as our beloved Hagrid, his performance in National Treasure is garnering the actor some serious consideration for the Royal Television Society Awards. In the Best Mini-Series category, Coltrane portrays a beloved comedian accused of sexual assault while his wife, played by Julie Walters (Molly Weasley), is forced to remain loyal amid mounting allegations. Both Coltrane and Walters are nominated for Best Actor and Best Actress, respectively, along with writer Jack Thorne (Cursed Child) for Best Writer – Drama. Also nominated for Best Mini-Series is London Spy, which stars Jim Broadbent (Horace Slughorn). A full list of nominees can be found here.

You may have noticed that Emma Watson (Hermione Granger) has been on a trip around the world, debuting the upcoming live-action version of Disney’s Beauty and the Beast, but there’s another film that is set to have its premiere. The Circle, starring Watson alongside Tom Hanks and the late Bill Paxton, is set to premiere next month April 19–30 at the Tribeca Film Festival. You can check out a synopsis and the latest trailer for the film below.

When Mae is hired to work for the world’s largest and most powerful tech and social media company, she sees it as an opportunity of a lifetime. As she rises through the ranks, she is encouraged by the company’s founder, Eamon Bailey, to engage in a groundbreaking experiment that pushes the boundaries of privacy, ethics and ultimately her personal freedom. Her participation in the experiment, and every decision she makes, begin to affect the lives and future of her friends, family and […] humanity.

Watch the new trailer for #TheCircle, the provocative thriller based on the acclaimed novel starring @EmmaWatson and @TomHanks. pic.twitter.com/N2uIUlgKc6

Sure, she plays one of Potter‘s most hated villains, but you have to admit, the woman is talented! This week, we received our first look at Imelda Staunton (Dolores Umbridge) in her new role as Martha in Who’s Afraid of Virginia Woolf? The play runs through May 27 at the Harold Pinter Theatre in the West End and follows Martha and George, a couple who invites the newest professor at their college campus for after-party drinks only to result in an all-too-candid revelation at the end of the night’s events. Take a look at the photos below. 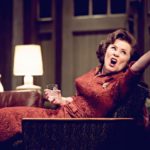 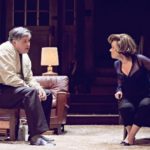 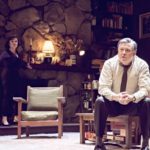 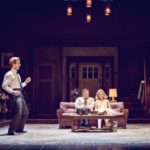 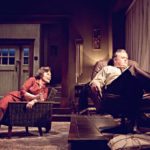 Finally, we wrap our Role Call up with a good amount of David Tennant (Barty Crouch, Jr.) news. The actor is also starring in a West End play, Don Juan in Soho, which begins previews on March 17 at Wyndham’s Theatre. He sat down with Official London Theatre to talk about the production.

It’s a couple of days in the life of a very free-spirited chap, to put it politely… how can you describe him? He’s a libertarian, I suppose. I’d say maybe sociopathic. He exists for pleasure, his own pleasure and not really for anything else. He’s promiscuous on an almost psychotic level. He’s tearing his way through the ladies of London – and occasionally the gentlemen – in whatever way he possibly can, leaving carnage in his wake.

In addition to the interview, some wonderful rehearsal pictures were published, which show just how free-spirited his character really is. Take a look! 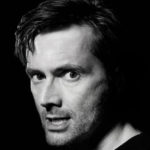 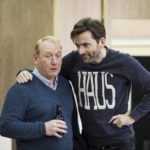 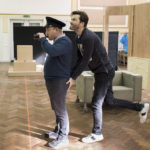 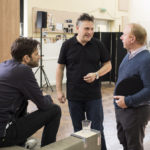 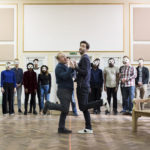 As if the antics of Tennant on stage weren’t enough, we also can’t wait to see him on BBC America on March 19, where he takes on the reasonably fast car on Top Gear. Here he is in a promo for the episode, along with a photo that shows he may not be the best driver in the world. That wraps up this edition of Role Call! Join us again next week as we take a closer look at the roles and projects our cast and crew from the wizarding world have taken on. Don’t forget: If you have a story you think we should feature in our Role Call, send us a quick email! We want to hear from you!