Once Harry gained popularity, Bloomsbury decided Thomas Taylor, the illustrator of Harry Potter and the Philosopher’s Stone, wasn’t the right fit. So they chose a more experienced illustrator for the next two books: His name was Cliff Wright.

Personally, Wright’s work is my equal favorite with Giles Greenfield (the illustrator of Harry Potter and the Goblet of Fire), but how did Wright come up with these iconic covers? 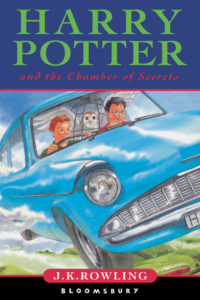 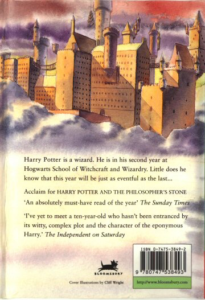 “Chamber of Secrets” back cover of UK edition 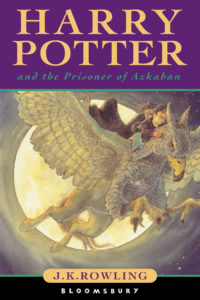 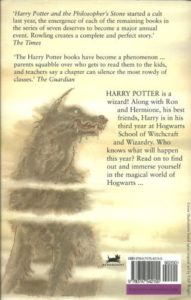 “Prisoner of Azkaban” back cover of UK edition

When I read a text, I see images. I know a lot of people do, but I see them quite clearly. So it doesn’t take much to read a line and then imagine what that looks like. I only need to read a single line, then the mind is conjuring up imagery and I wasn’t tied down by anything. There had been a single front cover for the first book, but as I was commissioned to do the second book of the series, I wasn’t tied to following that design in any way. It was a completely different style from what I do, so I was able to stick with it.

One of the things that makes J.K. Rowling such a great author is the occasional lack of detail (like how we never find out what color Ron’s eyes are in the books), but that can make it difficult for an illustrator:

The descriptions of the characters from first book weren’t detailed. If you remember, you know that Harry is described as having the glasses and the hair that doesn’t behave itself and the scar, but his face shape isn’t described in any way. So it’s up to your imagination to see what comes out.

It’s quite difficult to draw other people’s characters. If you write something you have a very strong idea of what things look like and I know I would be disappointed if I wrote something and the illustrations weren’t quite right.

But I feel safe with my Harry Potter illustrations. I met JK Rowling when she was doing a book reading in Brighton and she seemed happy with my work.

Although what Wright had the most trouble with was Buckbeak. Interestingly, animating Buckbeak was one of the toughest challenges the Prisoner of Azkaban film production team had too.

I was not exactly struggling with the hippogriff but I didn’t quite have it clear in my mind for a while either. I would send drafts to the publishers and then Jo would get back to me with comments.

I looked through history of art and bestiaries and you really can’t find many. It’s not like unicorns or mermaids or dragons which are all over the place. 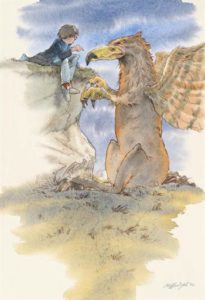 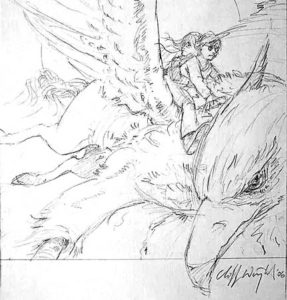 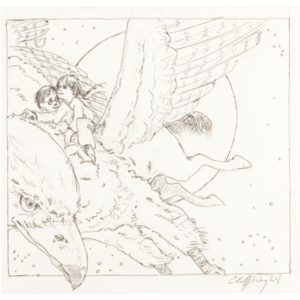 At the time Bloomsbury stated, “We are extremely sorry about the whole episode and we have been in discussions with Cliff about the loss of his artwork… We still hope we will be able to find it and all efforts are being made.” The artwork was never found.

Wright said at the time, “I am happier with the finished cover for the Prisoner of Azkaban. The first cover I did, for the second book, is not as exciting as the third book’s cover, which is why I’m so upset it has gone missing.”

The Harry Potter fandom’s black market is the most likely cause of the disappearance. Wright also sued Bloomsbury for not compensating him enough.

But leaving aside the controversies, what do you think of Wright’s work? Let us know in the comments below! 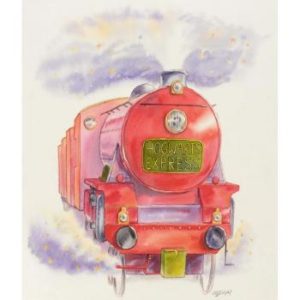 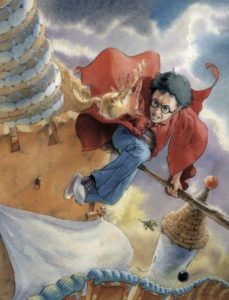