Each year, Hallmark graces us with at least one Harry Potter Keepsake Ornament, and this year’s selection is pretty spectacular! One of 2017’s ornaments will depict the Gringotts dragon perched on top of the wizarding bank. Check it out: 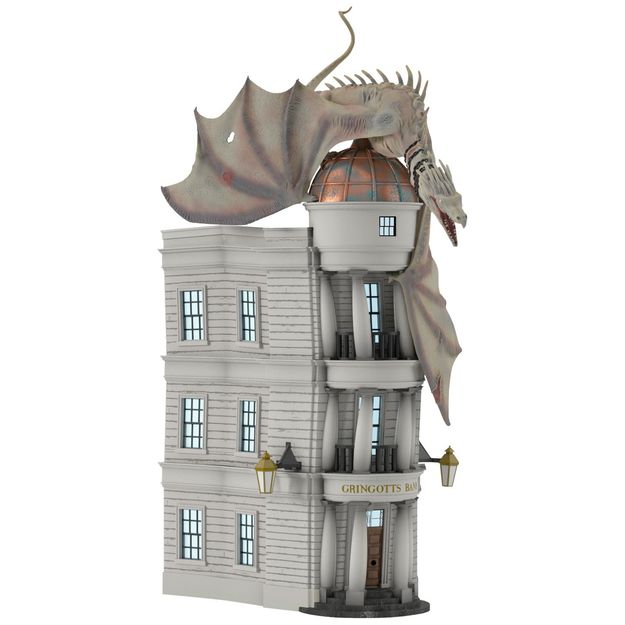 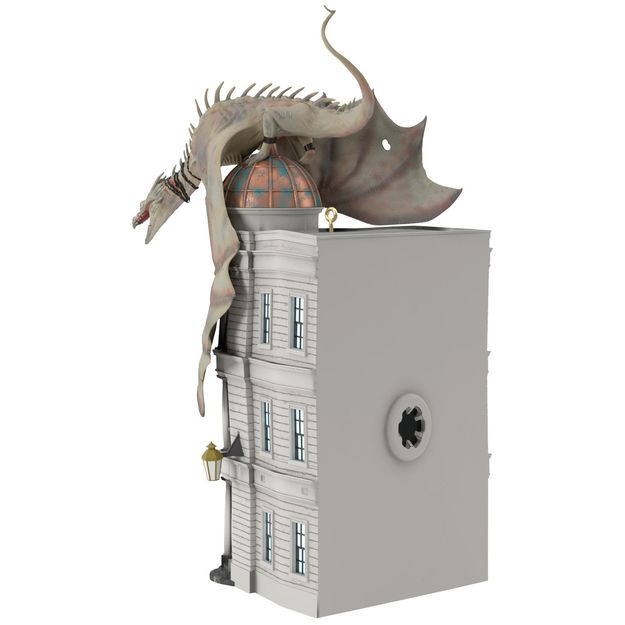 Here’s Hallmark’s description of the ornament:

Accio excitement! HARRY POTTER™ fans will remember that the dragon made his fantastic escape from the Gringotts Wizarding Bank with Harry, Ron and Hermione in HARRY POTTER™ AND THE DEATHLY HALLOWS PART 2. Featuring the dragon perched atop the goblin-run bank, this Christmas ornament lets you add a magical twist to your holidays—simply attach to a light string on your tree to illuminate the windows.

Besides commemorating the Harry Potter films, astute fans will also notice that the ornament is a miniature version of Universal Orlando’s Diagon Alley Gringotts – perhaps it would be a good way to celebrate MuggleNet Live this summer? We know that’s what we’ll be thinking of any time we look at it!

Hallmark will also release a second Harry Potter ornament depicting the famous chess match at the end of Harry Potter and the Sorcerer’s Stone, this one complete with movie dialogue! 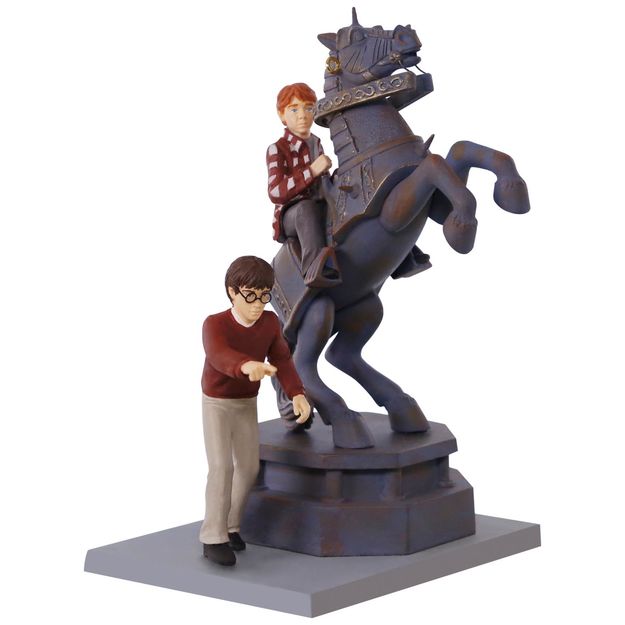 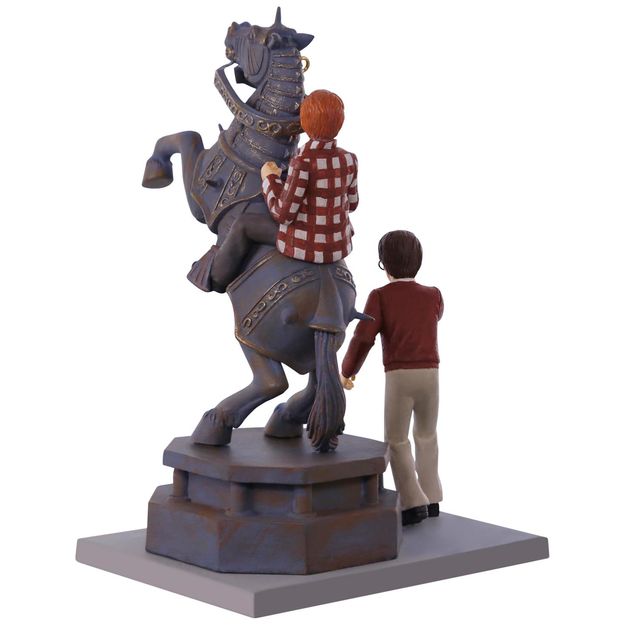 Hidden deep within HOGWARTS™, the Chessboard Chamber guarded the magical Sorcerer’s Stone. This Christmas ornament depicts the exciting Human Chess Game scene from HARRY POTTER™ AND THE SORCERER’S STONE as RON WEASLEY™ risks his life playing the black knight with friend HARRY POTTER™ standing in as bishop. Press the button on the ornament to hear dialogue from the movie; includes two replaceable LR44 batteries.

If you want your own mini-Gringotts or chess knight to grace your tree this holiday season, you’ll want to plan ahead – they both go on sale July 15, 2017, and retail for $24.95.

Will you be adding these to your Hallmark collection?