In this week’s MuggleNet Casting News, we take a look at a Potter actor joining a heist television series, congratulate a Cursed Child crew member receiving a special Tony Award, catch up with a MuggleNet Live guest, and get our first look at a DuckTales preview!

MuggleNet staff members are starting to get pumped up as we are now just under 80 days away from our MuggleNet Live event, Nineteen Years Later. We’ve been working really hard at making this event an unforgettable experience for all of our readers, including some amazing once-in-a-lifetime perks with cast members from the films and a mouth-watering menu that includes UNLIMITED BUTTERBEER ALL NIGHT LONG!

In preparation for our talent panels, we’ve been binge-watching projects our talent has worked on lately. This weekend, I took the plunge and had myself a Nashville marathon in anticipation of meeting Christian Coulson, who portrayed Tom Riddle in Harry Potter and the Chamber of Secrets! Christian has rarely attended fan events, and we are so amazingly lucky that he will be joining us this September in Orlando.

In the latest episode of Nashville on CMT, Christian returns as video director and producer Damien George, who happens to receive some really huge news. After his one-night tryst with lead character Scarlett, who has been avoiding his calls ever since, he finds out that he is Scarlett’s baby daddy! He doesn’t handle it all that well, but you can see from the preview of upcoming episodes that he confesses his love for Scarlett and wants to be a good father. While his character was first introduced as sort of a pushy jerk of a director, Christian has so far played both sides of the coin wonderfully. We can’t really tell if he’ll be a good guy or a bad boy. Let’s face it – we’ve already seen him tackle an evil role. We want to see him in a different light!

Here are a few photos from the last couple of Nashville episodes. We hope that his role as father to Scarlett’s baby means a long run for Christian on Nashville for the future, and we cannot wait to meet him in Orlando for MuggleNet Live! 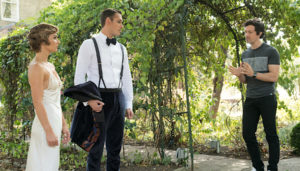 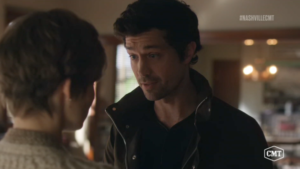 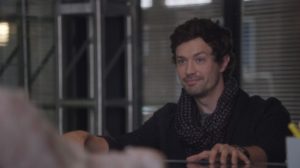 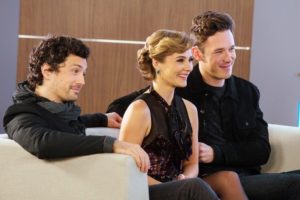 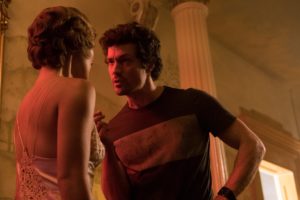 Harry Melling (Dudley Dursley) continues to build his career after Potter, from starring in theatrical productions and penning his own plays to now joining the cast of Trautmann. According to ScreenDaily, Melling is now part of the cast of a UK/German biopic following the life of former Nazi paratrooper and soccer goalkeeper Bert Trautmann, who played in the FA Final Cup with a broken neck. While not much is known about Melling’s character in the film, we do know that filming has begun this week in Northern Ireland.

For fans in Palm Springs, California, next week might be a big one for you! The Palm Springs International ShortFest is bringing lots of films your way, including The Entertainer, featuring Toby Jones (the voice of Dobby) as Paul Limp, a former television star; David Bradley (Argus Filch) in Edmund the Magnificent; and Poles Apart, starring the voice talent of Helena Bonham Carter (Bellatrix Lestrange) as a hungry polar bear. The entire lineup for the festival can be found here, including information on talent panels and screenings. Here are a few of the trailers!

August, and the premiere of the reboot of Disney’s DuckTales starring David Tennant (Barty Crouch Jr.), seems so far away! To keep us occupied and ready for the new adventures of Scrooge McDuck and his family, a teaser trailer featuring Tennant as Scrooge has been released, along with a clip from the show. Take a look!

We previously reported on the involvement of Jim Broadbent (Horace Slughorn) and Sir Michael Gambon (Albus Dumbledore) in Night in Hatton Garden, a new film adaptation based on the robbery at Hatton Garden in which a group of retired criminals band together to pull off the biggest heist the UK has ever seen. Now it appears that a second production of this event is happening for the small screen, with Timothy Spall (Peter Pettigrew/Wormtail) helping to lead the cast. The four-part ITV Studios drama is set to film this month in London.

Funny lady Emma Thompson (Sybill Trelawney) made an entertaining appearance at her alma mater this week, answering questions from graduating students from Cambridge University, including reliving a long-rumored story of Thompson riding through the halls of Cambridge on a motorbike.

I had an admirer called James, and he rode a motorbike, his motorbike, up that corridor and into my room. ‘What’s that noise?’ Then suddenly this bike. I said, ‘What are you doing?’ I said, ‘You have to get this out of here. I’m in such trouble,’ and he said, ‘Only if you come on the back.’ So I rode out on the back of his Honda 250.

Take a look at some photos from the event from Richard Marsham of RMG Photography, Newnham College, below. 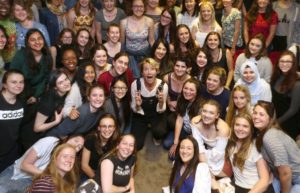 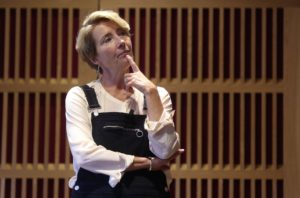 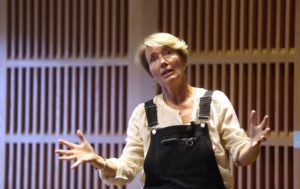 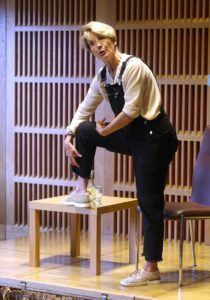 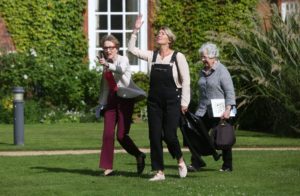 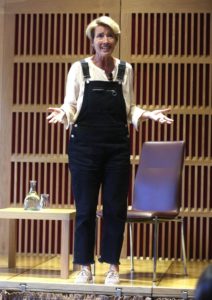 Finally, the Tony Awards were held this weekend and a special Tony was presented offstage to Harry Potter and the Cursed Child sound designer Gareth Fry, for his work on The Encounter, which also starred former Potter actor Simon McBurney (voice of Kreacher), and took five years to create and perfect. The award was presented early, ahead of the televised award show, but it appears that the award for sound design will be reintroduced in the award presentation in 2018. Congratulations, Gareth!

That wraps up this week’s Casting News! Make sure to tell us what you think of the latest productions our cast members are taking part in. We love to read your opinions on all things related to Potter and Fantastic Beasts cast members and crew!