We’re counting down the days (42 days left, to be specific!) until MuggleNet Live! 2017: Nineteen Years Later, as we’re anxious to party with the likes of Christian Coulson (Tom Riddle, CoS), Chris Rankin (Percy Weasley), and the actor who portrayed Oliver Wood, Sean Biggerstaff (in his first US appearance, no less!), just to name a few. To keep ourselves occupied, let’s take a look at what the rest of the Potter and Fantastic Beasts cast have on their slates. Welcome to MuggleNet’s weekly casting news!

Gary Oldman‘s (Sirius Black) second picture as Winston Churchill has been released this week, along with the official trailer, for the film Darkest Hour. He’s barely recognizable! Take a look below! 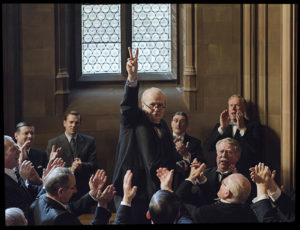 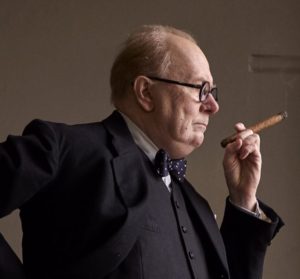 The film is due out in November.

Jack Thorne (Cursed Child writer) has yet another collaboration in the works for Channel 4, a four-part series called The Virtues, which is set to air in 2019. According to Channel 4, the series is “at once an unlikely love story between two people cast adrift in life and an exploration of the conflict between sin and virtue” and “a visceral and beautiful paean to the human spirit.”

Congratulations are in order for John Cleese (Nearly Headless Nick), who is slated to be honored this August at the Sarajevo Film Festival. Cleese will be presented with the Heart of Sarajevo award at the 23rd annual festival, which runs from August 11 to 18. In addition to receiving the award, which organizers say is for his “extraordinary contribution to the art of film,” he will also take part in a gala presentation of his comedy A Fish Called Wanda.

David Tennant (Barty Crouch, Jr.) is one busy duck! Attendees of this year’s San Diego Comic-Con will have the opportunity to see Tennant, as the actor will be in attendance to promote his new animated series DuckTales. In addition to participating in Disney XD’s panel for DuckTales on July 21, Tennant, along with his costars, will be signing autographs in the afternoon. Fans who attended D23 Expo this week also got the chance to do something in real life that Tennant’s character does on the animated television show: jump into a huge pile of money!

For those who love the How to Train Your Dragon series, Tennant has recorded the audio book of Cressida Cowell’s lastest novel, The Wizards of Once. The CD and Audible download will be available on September 19. A small audio clip can be found here. He continues his partnership with the author after recording all twelve audiobooks in the Dragon series. Here’s a brief plot summary for The Wizards of Once!

Once there was magic, and the magic lived in the dark forests. Until the warriors came….This is the story of a young boy wizard and a young girl warrior who have been taught since birth to hate each other like poison and the thrilling tale of what happens when their two worlds collide. Xar is a wizard boy who has no magic and will do anything to get it. Wish is a warrior girl, but she owns a banned magical object, and she will do anything to conceal it. In this whirlwind adventure, Xar and Wish must forget their differences if they’re going to make it to the dungeons at Warrior Fort – where something that has been sleeping for hundreds of years is stirring…

As if that weren’t enough, Tennant will be working double duty at SDCC, participating in a panel for the new Call of Duty game. He was the first cast member announced earlier this week and has already taken a photo at SDCC as part of the Call of Duty panel. Take a look below: 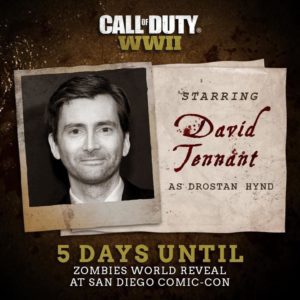 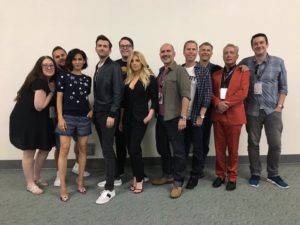 Another project we will see him tackle is Thunderbirds Are Go, an animated series on ITV. It was recently revealed that he will voice the character of Tycho Reeves, a billionaire inventor who finds himself in a bit of trouble after inventing a superspeed Hypercar.

Sir Kenneth Branagh‘s (Gilderoy Lockhart) latest film, Dunkirk, has been all over the news as of late. An IMAX featurette was released earlier this week ahead of the film, which you can see below. The film opens on July 21, but it had a London premiere on July 13. Photos from the London premiere can also be seen below. 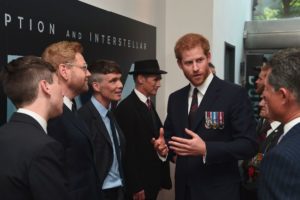 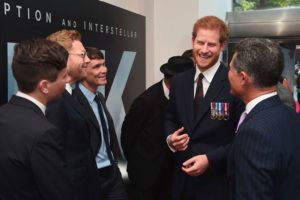 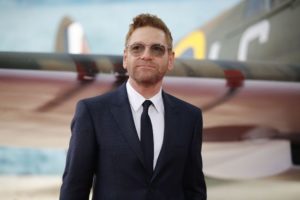 Branagh also took time this week to talk about his stylish mustache for his role as Hercule Poirot in the newest adaptation of Agatha Christie’s Murder on the Orient Express, which also stars Fantastic Beasts actor Johnny Depp (Gellert Grindelwald).

It takes a lot of maintenance, so I’ve rented another room to keep it in because it’s so huge. I hope I’ll get another chance to put it back on at some point.

Speaking of Agatha Christie, it was revealed this week that Bill Nighy (Rufus Scrimgeour) is set to star in a new television adaptation of her novel Ordeal of Innocence. The adaptation is being produced by Amazon for its streaming service, with production reportedly already having begun this month in the UK. Ordeal of Innocence follows the murder of a rich philanthropist and the myriad of finger-pointing that takes place among her surviving relatives as they attempt to reveal the killer’s identity. No word yet on the role Nighy will play, but we will keep following this story and bring you all the details as they are revealed.

Between SDCC and Disney’s D23 Expo, we’ve had a lot of ground to cover regarding upcoming projects! One of the projects we are interested in will include a Fantastic Beasts star. Announced this week at D23 is a Tim Burton adaptation of Dumbo, which will feature Colin Farrell (Percival Graves/Gellert Grindelwald)! Production is reportedly underway for the live-action retelling of Disney’s animated story, with a premiere date of March 29, 2019. Farrell is set to play Holt Ferrier, a former circus star who has returned from war a damaged man and is asked to care for a newborn elephant named Dumbo. In addition to Farrell, the film has enlisted the talent of Academy Award–winning costume designer Colleen Atwood, who received her newest Oscar for creating the costumes for Fantastic Beasts.

Moving right along the D23 Expo train, attendees who ran through the house of mouse this week were gifted with glimpses of many projects in the works, including Mary Poppins Returns and a behind-the-scenes featurette of Star Wars: The Last Jedi.

First, let’s set eyes on what is happening for our heroes in Star Wars, which is set to premiere December 15 and will include footage with the late Carrie Fisher as Leia. Domhnall Gleeson (Bill Weasley) will also return as the evil General Hux, and Warwick Davis (Filius Flitwick/Griphook) has been cast in a secret role.

In lighter news from D23, Julie Walters (Molly Weasley) was featured in the brief amount of information provided about Mary Poppins Returns. According to Geeks of Doom, Walters will play Ellen, the housekeeper of the now-grown-up Michael Banks from the original film. Here’s the plot!

‘Mary Poppins Returns’ is set in 1930s depression-era London (the time period of the original novels) and is drawn from the wealth of material in PL Travers’ additional seven books. In the story, Michael (Ben Whishaw) and Jane (Emily Mortimer) are now grown up, with Michael, his three children and their housekeeper, Ellen (Julie Walters), living on Cherry Tree Lane. After Michael suffers a personal loss, the enigmatic nanny Mary Poppins (Emily Blunt) re-enters the lives of the Banks family, and, along with the optimistic street lamplighter Jack (Lin-Manuel Miranda), uses her unique magical skills to help the family rediscover the joy and wonder missing in their lives. Mary Poppins also introduces the children to a new assortment of colorful and whimsical characters, including her eccentric cousin, Topsy (Meryl Streep).

New female Doctor aside (which we are totes on board for, btw!), this week, Whovians got their first glimpse at photos from the Doctor Who Christmas special. Included in the photos is proof that David Bradley (Argus Filch) is returning for the special as the very first Doctor! That wraps this week’s MuggleNet casting news! Let us know which project you’re most excited for by commenting below!

Don’t forget that we’re hoping to see you in person at MuggleNet Live! 2017: Nineteen Years Later at Universal Orlando this September. We’ve planned an awesome party for you, including unlimited butterbeer all evening, amazing talent panels, and once-in-a-lifetime experiences that no other event can boast! All with no extra charge for autographs or photos with the talented cast from Harry Potter! Make sure to check out our event and get your tickets before they sell out!