Will “Harry Potter” Always Be Around to Save the Day?

How many years will it take for the Harry Potter series to be considered a classic? This is something that I think about a lot, particularly with all the 20th-anniversary celebrations going on at the moment. It’s been 20 years since Harry Potter has been around – how many more decades until it reaches the same immortal, untouchable status as classic books such as Anne of Green Gables, Treasure Island, and The Wind in the Willows? Classics, according to Mark Twain, are books that everyone praises but no one reads. Is this the fate that is in store for our beloved urban fantasy series? It’s hard to imagine. However, the Sherlock Holmes stories were incredibly popular at the time they were written, so much so that Sir Arthur Conan Doyle resurrected the titular character after having killed him off due to the sheer, excessive demand from his readers. I’m sure that those fans would have found it unfathomable to think that Doyle’s works would not always be so ravenously consumed in years to come. Yes, the stories remain popular, but their longevity seems to come from the numerous adaptations available nowadays, while the original written works lie forgotten. A large factor, I think, in the waning popularity of such books is the natural passage of time leaving the language and culture of these books behind. Due to the antiquated customs and turns of phrase in a lot of classics, it can be very hard for modern readers to relate to and engage with the content. Because of the continual evolution of language, is this not an inevitable outcome for the Harry Potter books? One fellow MuggleNet staff member mentioned that the fact that it’s fantasy would make it more immune to this potential outcome than other books. However, it is an urban fantasy, and still contains information about the Muggle world in that time period, so that argument doesn’t entirely hold. 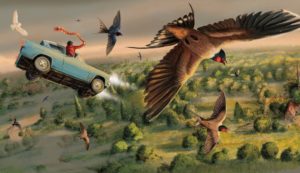 A friend of mine argued that the all-encompassing appeal of the Harry Potter series will ensure that it never becomes a classic in the sense of being a book that people only read because they have to, or that was popular during its time but no one wants to read anymore because it’s too old. Another MuggleNet staff member pointed out that due to our day and age, Harry Potter is much more of a worldwide cultural phenomenon than the works of Enid Blyton, for example, and that its circulation in pop culture and social media will perhaps take it to an unprecedented level of immortality – the kind that Voldemort himself could only dream of attaining. 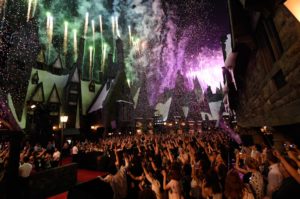 I guess only time will tell whether or not the seven volumes of Rowling will one day be squeezed into the tiny classics sections in bookstores – beautifully bound tomes, collected but not touched, ever beloved but no longer read. For now, though, we can celebrate the fact that the Harry Potter series has sustained its remarkable popularity for the last two decades and will remain in the hearts of the Potter generation – always.