Less is More: Why “Crimes of Grindelwald” Might Be a Cluttered Mess

Throughout the next 11 months, as the release date of Fantastic Beasts: The Crimes of Grindelwald approaches, we’re sure to be inundated with a plethora of information and media related to the film, inviting fans to speculate on where the series will take us next. Originally announced as a trilogy, the Fantastic Beasts film series soon expanded into a pentalogy. As much as I was thrilled that we would get to see more of J.K. Rowling’s wizarding world, my initial reaction to this development was one of skepticism; was the decision artistically driven or financially motivated?

However, given the number of characters and settings that will be featured in Crimes of Grindelwald, my doubts have dissipated slightly. It’s evident that there are so many intertwining plot elements in the story that Rowling wants to tell with these films that five films are necessary to succinctly portray it. That was one criticism of Fantastic Beasts and Where to Find Them that I had. Tonally, the film was all over the place, and it was trying to be too many things at once. This was most evident in the political subplot featuring the Shaws, which had no payoff whatsoever, demonstrating Rowling’s inexperience as a screenwriter and highlighting the difference between films and books that I didn’t appreciate as much previously. When it came to the film adaptations of the Harry Potter series, my gripe was always that filmmakers didn’t stay loyal to the source material, amending it or removing elements of it altogether. With Fantastic Beasts, though, my attitude is different. I don’t want detail for the sake of detail, but only if it serves a purpose by moving the story along. 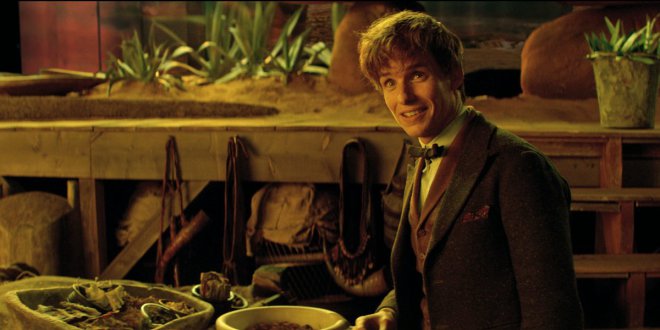 Rowling previously described the Fantastic Beasts series as “not a prequel,” and although this statement was believable before the first film was released, as we delve deeper into these series of films, the story that she wants to tell is so closely tied to the Harry Potter series that to say that it’s not a prequel would be disingenuous. I have sometimes wondered if featuring Dumbledore and Grindelwald’s backstory, and taking us back to Hogwarts, was a corporate ploy to generate excitement for these films. Would fans receive Fantastic Beasts as enthusiastically if the story solely focused on Newt and references to the Harry Potter series were kept to a minimum or not present at all? This is the issue that faces Fantastic Beasts – everything about it will be compared to Potter, even if Rowling’s intention was to tell a separate and original story.

Having said all that, I’m personally hoping that Fantastic Beasts: The Crimes of Grindelwald is close to a three-hour film. With the sheer number of characters being featured in the film, I can’t see how anything less than that could do it justice. I strongly hope that this second film won’t feel as rushed as the first one was because that would undermine Rowling’s vision for the Fantastic Beasts series.