Universal Orlando Resort’s Universal CityWalk is soon going to be seeing a lot more pink! The iconic pink boxes will be a common sight when Voodoo Doughnut, a Portland, Oregon, staple since 2003, opens in the famed dining and entertainment hot spot in the spring of 2018. As you can see, these are not your average Muggle doughnuts. 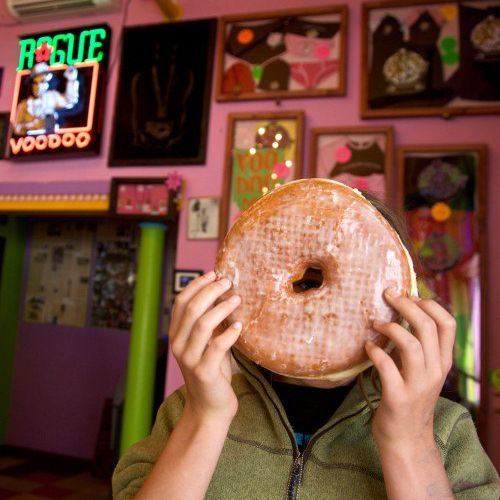 VooDoo donut as big as your head 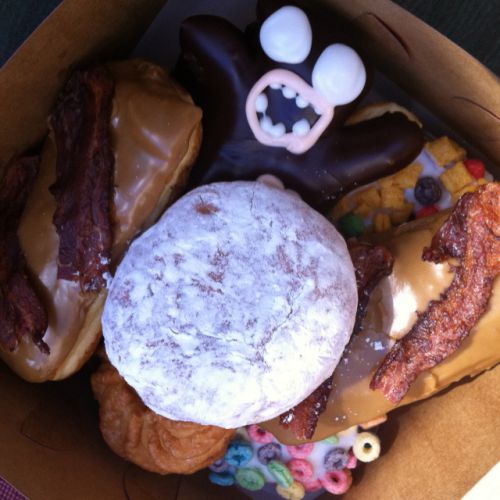 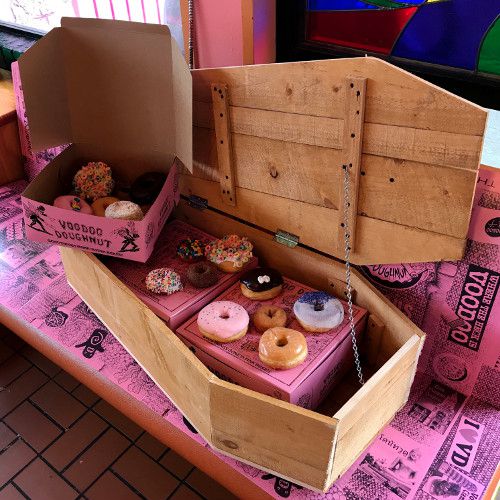 Skipped breakfast? No worries. Voodoo has you covered with doughnuts topped with bacon or cereals of all kinds – no milk, spoon, or bowl needed! Really hungry but want to honestly say you only had one doughnut? No one else has to know it happened to be the size of your head.

Weddings and vow renewals are not unusual at the Portland locations, and hopefully, the tradition will be available here as well. No word yet on if you will be able to order your doughnut selection in a coffin-shaped wooden box, but we’re betting most of the strange and wonderful delights Voodoo is known for will make their way to Florida!

Excited to get your hands on these delightfully weird and amazingly delicious doughnuts for the first time, or have you been lucky enough to enjoy Voodoo before and can’t wait to grab your favorites once again? Let us know in the comments below.

Press Release
VOODOO DOUGHNUT TO BRING ITS SINFULLY DELICIOUS FLAVORS TO UNIVERSAL ORLANDO RESORT THIS SPRING The doughnut shop with a cult following is arriving east of the Mississippi at Universal CityWalk.

Who: Kenneth “Cat Daddy” Pogson and Tres Shannon created Voodoo Doughnut in Portland, Oregon in 2003. The pair had enjoyed experimenting with unique flavors to create eccentric pastries and they turned their passion into the phenomenon that is Voodoo Doughnut. As they say, the rest is history.

When: The new Voodoo Doughnut location is set to open at Universal CityWalk in Orlando this spring. Stay tuned at UniversalOrlando.com, the Universal Orlando blog and social channels for more information.

Where: Since their Portland, Oregon origins, Shannon and Pogson have continued to spread their unique flavors with several new locations including a few more in Oregon and shops in Denver, Colorado; Austin, Texas and CityWalk at Universal Studios Hollywood. The new location at Universal Orlando will be the first location east of the Mississippi. The shop will feature the same eclectic pink theming and irreverent names that can be found in current Voodoo Doughnut locations. It will be located next to NBC Sports Grill & Brew, just steps away from the iconic Universal Globe and Universal Studios Florida entrance.

Why: Delicious doughnuts… Need we say more! Your mouth should be watering at this point.