Unless a convention attendee is independently wealthy, has an amazing vacation package with their Muggle job, or has a Niffler on hand, it’s nigh impossible to attend all four days of Emerald City Comic Con. Luckily for you, dear reader, our Pacific Northwest staff members managed to make it to the most Potter-centric panels before the weekend had even begun!

One of our social media team leaders, Savannah Laflamme, made it to the not-so-conveniently scheduled David Tennant and Billie Piper panel on Thursday, making her fellow attending staff members a bit sad that they missed out on the magic that is David Tennant.

While we dry the tears that are still falling, check out Savannah’s experience at the panel below!

Alongside my love for Potter, I am also a massive Doctor Who fan. I’ve always loved seeing the actor crossovers between Potter and Doctor Who, and none more than David Tennant. If you ever have the chance to hear Tennant speak, I would highly encourage you to attend. His humor alone makes him one of the most entertaining people you will see. He also provides some unique travel advice for those who may visit his homeland, Scotland.

Go to Loch Ness and stare at it. Doctor Who fans at the convention were also treated to a special treat with the announcement of Billie Piper to the lineup. To see both Tennant and Piper, who played companion Rose Tyler, together after years of heartbreak never fully healed from “Doomsday” 12 years ago, was, in short, magical.

The emotions were real!

In their panel, moderated by former Buffy the Vampire Slayer actress Clare Kramer, the two reminisced about their days on the Doctor Who set, joked about a Top Gear rematch, (attempted) to give advice to young aspiring actors, and discussed other exciting projects. Seats were nearly filled an hour before the panel even began, and by the time the two actors came onto the stage, even standing room was tight. One fan asked Tennant about his voice role as Scrooge McDuck, an elderly Scottish Duck, and he took no time to make the audience burst out in laughter.

It’s been a great honor to take up the mantle… You don’t have to put on any funny clothes, though I do dress as a duck.

When discussing other projects outside of Doctor Who, Tennant provided some insight into his recent role in the television production of Hamlet.

It was very freeing… something that I was very proud to be a part of.

Tennant was also quick to praise Piper for her new role in Yerma, a play opening in New York on March 23 of this year. The two appeared to have a great sense of pride in the other’s work and had the same wonderful chemistry off camera as they did in their time exploring time and space. One of my favorite moments of the panel came when Tennant and Piper received a question from Maggie of Wenatchee, Washington. Tennant could not seem to understand “Wenatchee,” and it led to a long round of laughter from hearing the word “Wenatchee” in a thick Scottish accent. You can experience the laughter yourself and see the rest of the panel below, courtesy of YouTuber karebear4182!

In addition to the amazing Doctor Who panel, two of us also won the hard-to-get Funko lottery tickets, which allowed us first pick of the ECCC-exclusive Funko Pop! figures. Both of our lottery tickets had dedicated time on Sunday to get us a shot at purchasing those rare Pop! figures that ultimately end up going for an insane amount of money on eBay later on. Here’s a look at the Funko booth tour so you can get a feel for what we experienced during our time in the line at Funko!

Here are all the exclusives at the convention, which were advertised to attendees and collectors prior to the convention opening. After you watch the video, we’ll tell you which exclusives we took home!

We were a bit disappointed that there weren’t any Harry Potter exclusives, but we did take home a number of special figures. Savannah had her heart set on the Star Wars figure of Padmé Amidala and was lucky enough to snag one even though her assigned lottery time was late in the afternoon on Sunday. Aimee had a bit more luck and a savvy Funko salesperson tipped her off to a very rare and potentially sought-after exclusive…

My lottery time was first thing in the morning on Sunday and I actually arrived late due to the horrendous parking situation at the convention. The Funko staff were super understanding and let me in after a brief scan of my ticket. Due to my late arrival, I also had the luxury of being in line all by myself, which meant that the pressure to make a decision on my purchases was almost non-existent.

At first, I wasn’t all that impressed with the exclusives and asked to see anything they had that was Potter related. Their new line of Potter Vinyl figures was not my cup of tea, but then the sales assistant heavily suggested to me that I should purchase the exclusive Batman figure since there were only three of them left. I told her no – what was I going to do with a chrome-green Batman? I only collect Pop!s from the wizarding world, and a few from the new Buffy the Vampire Slayer line. Then from behind me, a woman taps my shoulder and asks me to buy a Batman for her and says she has $15 ready.

Once again, the Funko staff are amazing and the woman assisting me shakes her head and tells me quietly not to accept because these will be worth a lot of money. I politely decline the woman’s offer and decide, “What the heck? I’ll get the Batman; it’s only $15. At the worst, it will be something I can give my superhero-loving nephew someday.”

I end up selecting the chrome-green Batman, a Padmé Amidala in case Savannah couldn’t get one due to her late time slot, and a flocked Good Luck Care Bear. I leave with my wallet a bit lighter and a Funko bag nearly as tall as I am, holding my treasures.

Only after I got home from the convention did I truly learn the worth of my Batman to serious collectors. This limited-edition ECCC exclusive, of which only 1,500 exist, is selling for over $600 on eBay. Rumor has it that at least one of these figures sold for over $1,200 directly after it was purchased from the convention booth. My mind is blown. Check out my Pop! haul here! 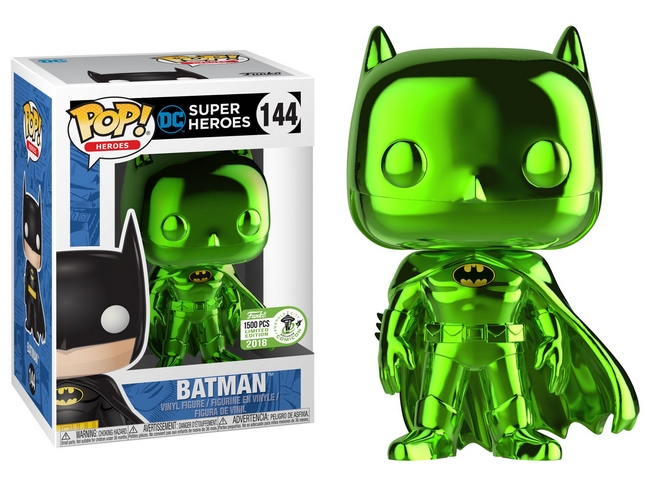 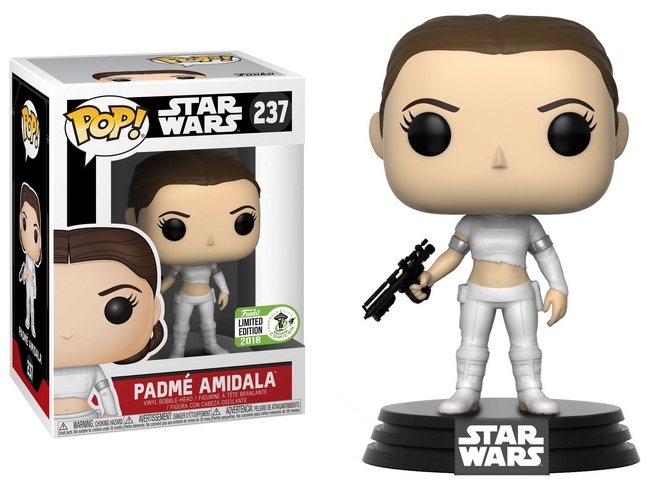 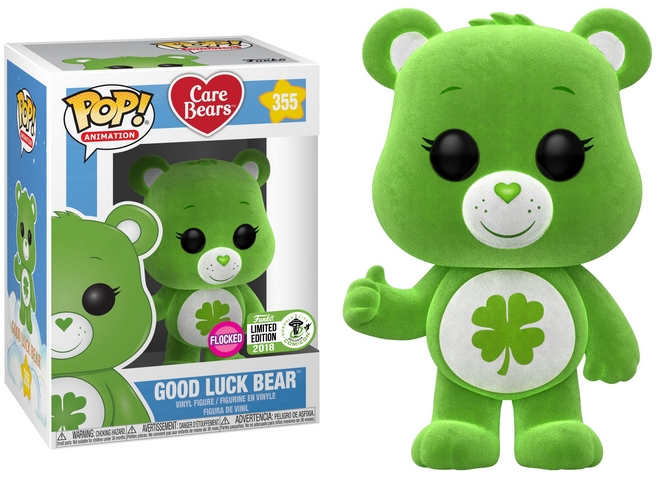 All in all, we had a great time at Emerald City Comic Con, meeting new Potter friends, attending interesting and funny panels, and most of all, watching the joy of fans in their element. The smiles and laughter, the fans posing for pics with cosplayers who were creative and courageous, the amazing art and the storytellers – all of it made ECCC 2018 a memorable experience.

Thanks to all of those who took time out of their day to tell us their stories and share with us their cosplay adventures. We had an amazing time meeting all of you. We hope to do it all again next year!

Press passes were provided by ReedPop to MuggleNet to attend and cover Emerald City Comic Con.