MinaLima is adding another beautifully designed illustrated classic to their collection! The Little Mermaid and Other Fairy Tales will be published on March 22, making it the fourth reimagined storybook creation in their recent series of illustrated fairy tales.

The illustrated collection is published by Harper Design and currently contains Peter Pan, The Jungle Book, and Beauty and the Beast. The latest addition is an unabridged version of Hans Christian Andersen’s 1837 collection of beloved fairy tales. The hardcover book contains 13 of Andersen’s most popular children’s tales, including “The Little Mermaid,” “Thumbelina,” “The Snow Queen,” “The Princess and the Pea,” “The Ugly Duckling,” and “The Emperor’s New Clothes.” 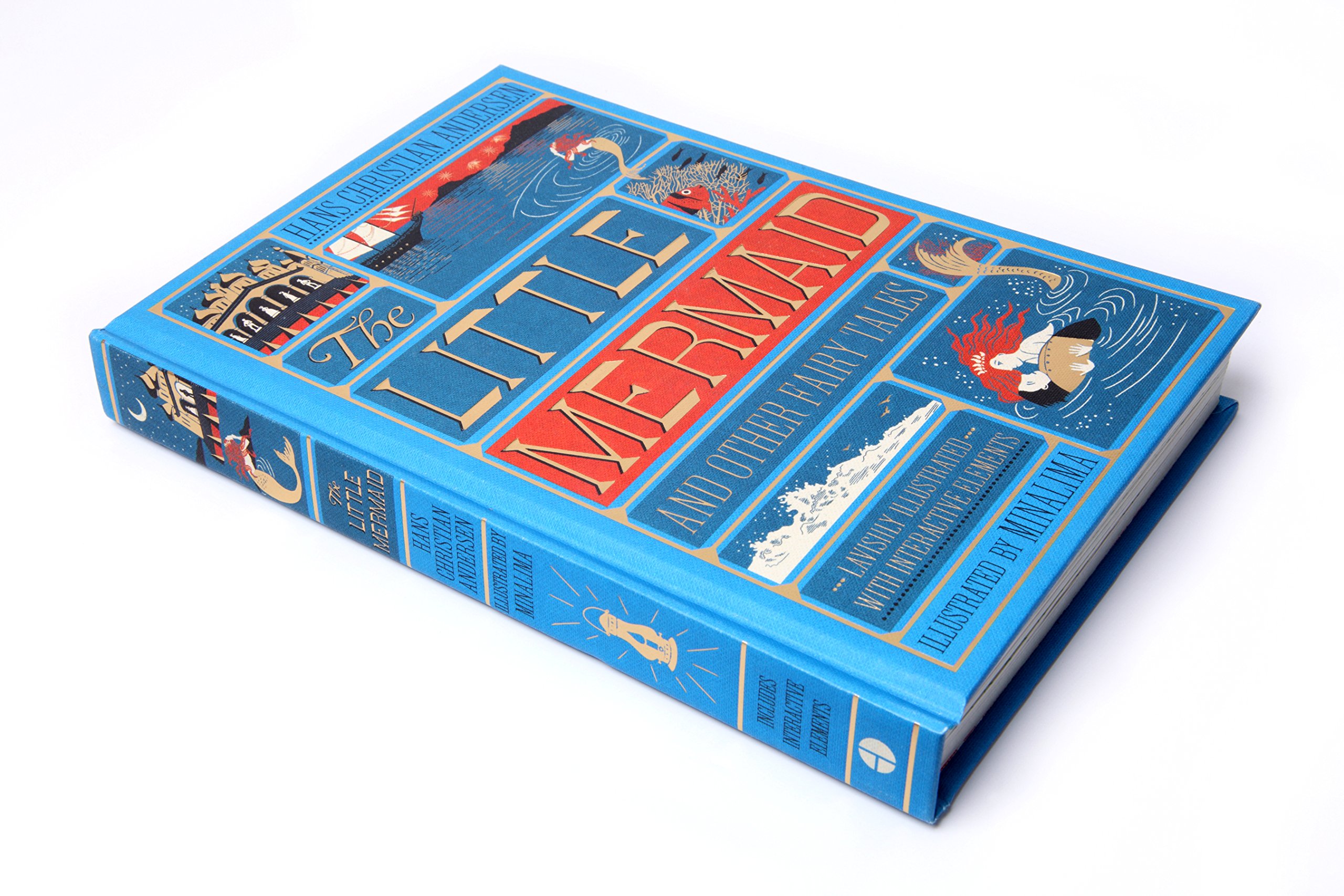 All of the illustrated classic stories contain specially commissioned, elegant, and elaborate artwork, creating appeal with lovers of art as well as literature. The intricate design of these classics also makes them valuable items in the eyes of many collectors. The books are unique from other children’s books since they contain multiple interactive features that are engaging and hands-on in addition to being intricately crafted. The Little Mermaid and Other Fairy Tales advertises ten exclusive interactive features, including a dial of six dancing mermaids, a duckling transforming into a swan, a mattress that pulls away to reveal a pea, and the Snow Queen’s magical palace.

To celebrate the launch of their latest book, MinaLima is opening a themed gallery to the public within their London-based House of MinaLima on April 25, 2018. The event will feature the book’s artwork as limited-edition prints as well as prints from all three of their previously published illustrated classics. During the release party, 250 editions of each print, numbered, embossed and signature-stamped, will be available for guests to purchase.

Copies of The Little Mermaid and Other Fairy Tales signed by Eduardo Lima and Miraphora Mina can be pre-ordered online for £20.00 on MinaLima’s website.

Along with the recent announcement of the addition of their latest illustrated classic, MinaLima is also currently hosting a series of pop-up events in Japan. The first one is taking place right now in Tokyo from March 15 to April 16, 2018.

The event is being held at the Tokyo Sky Tree in Solamachi. For the event, MinaLima will present a curated selection of their iconic designs from both the Harry Potter and Fantastic Beasts films as well as their three currently available Harper Design illustrated classics and pieces from their Collective Noun series. At the pop-up, guests will be able to purchase limited-edition prints, stationery, and other accessories. 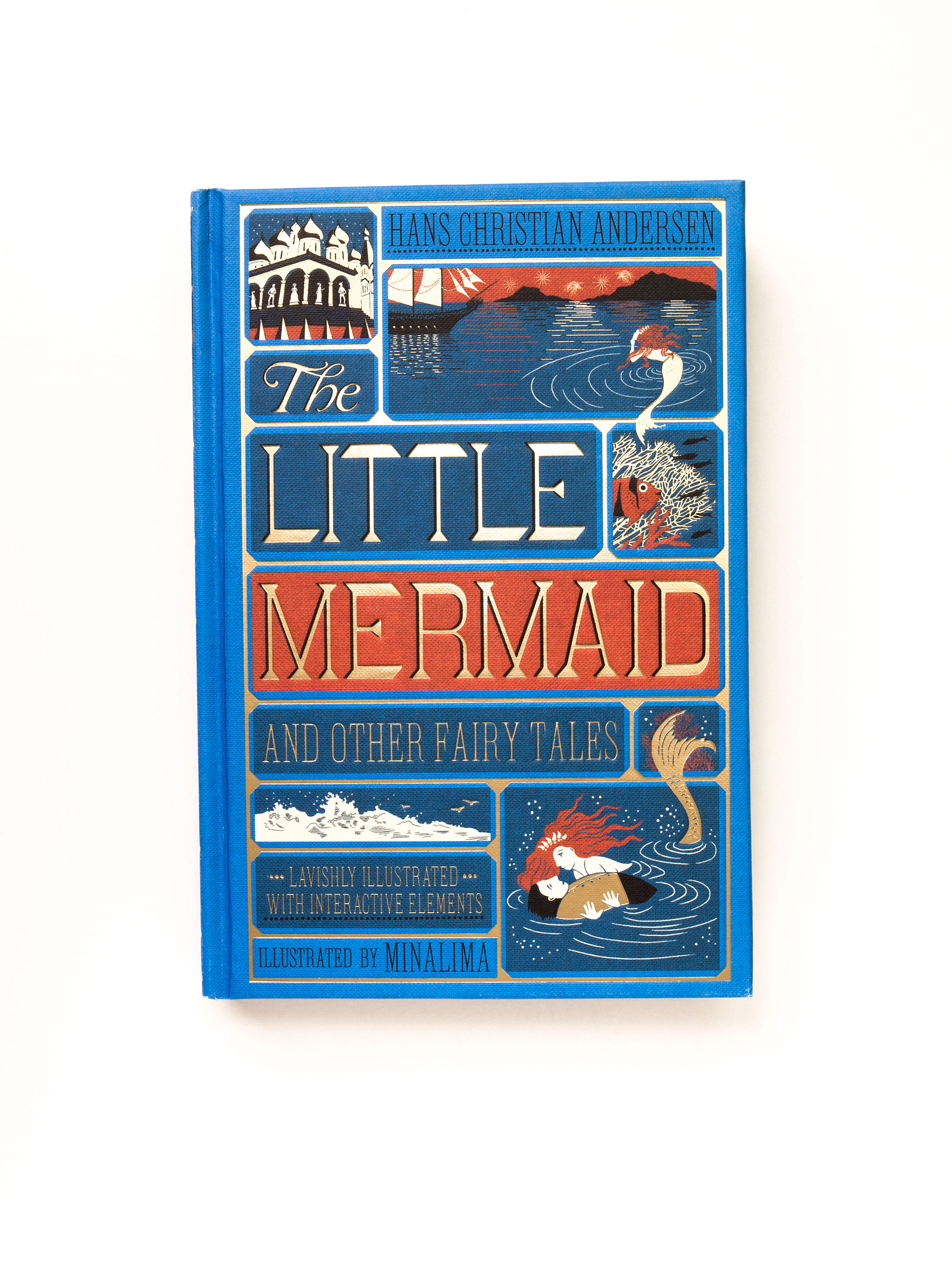 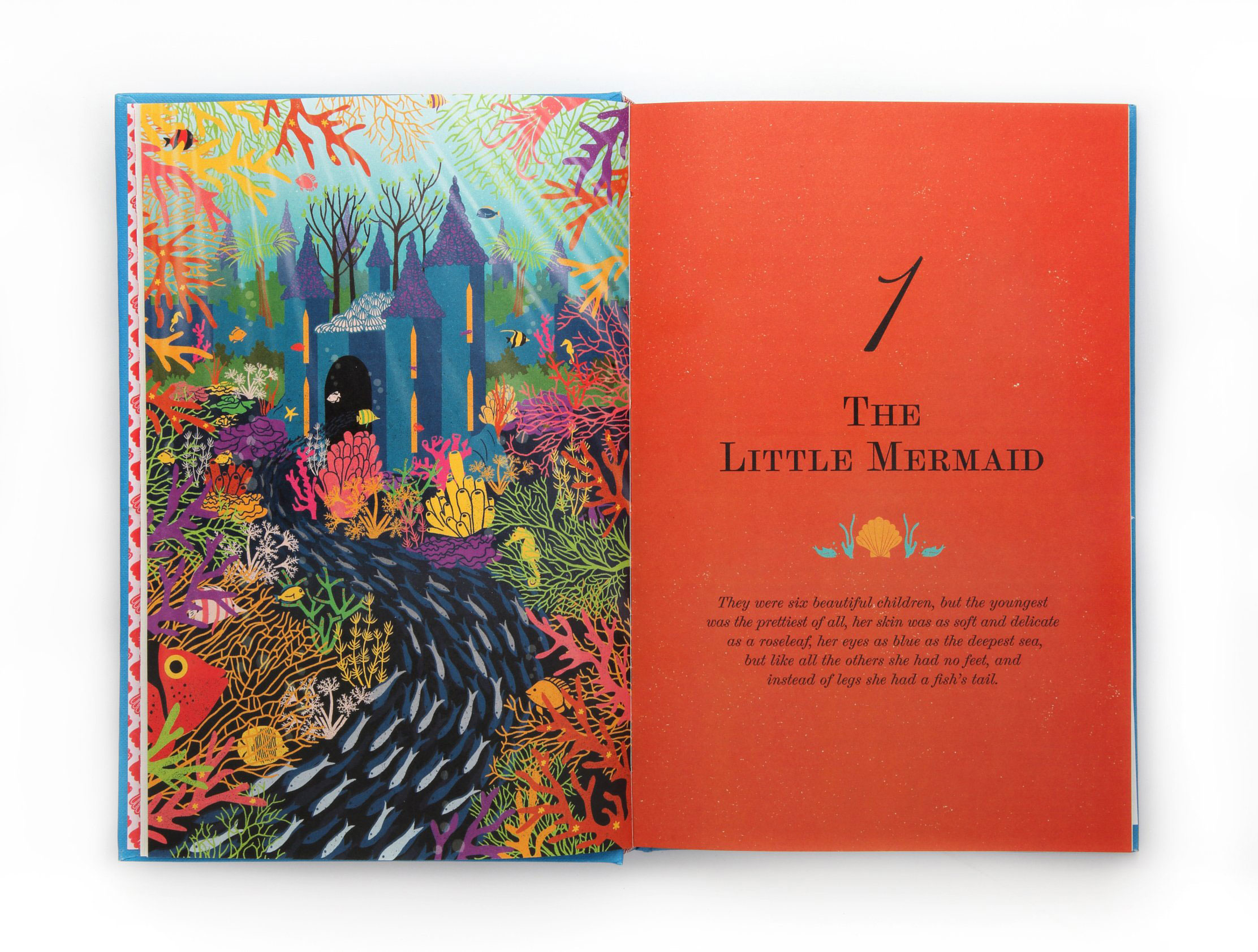 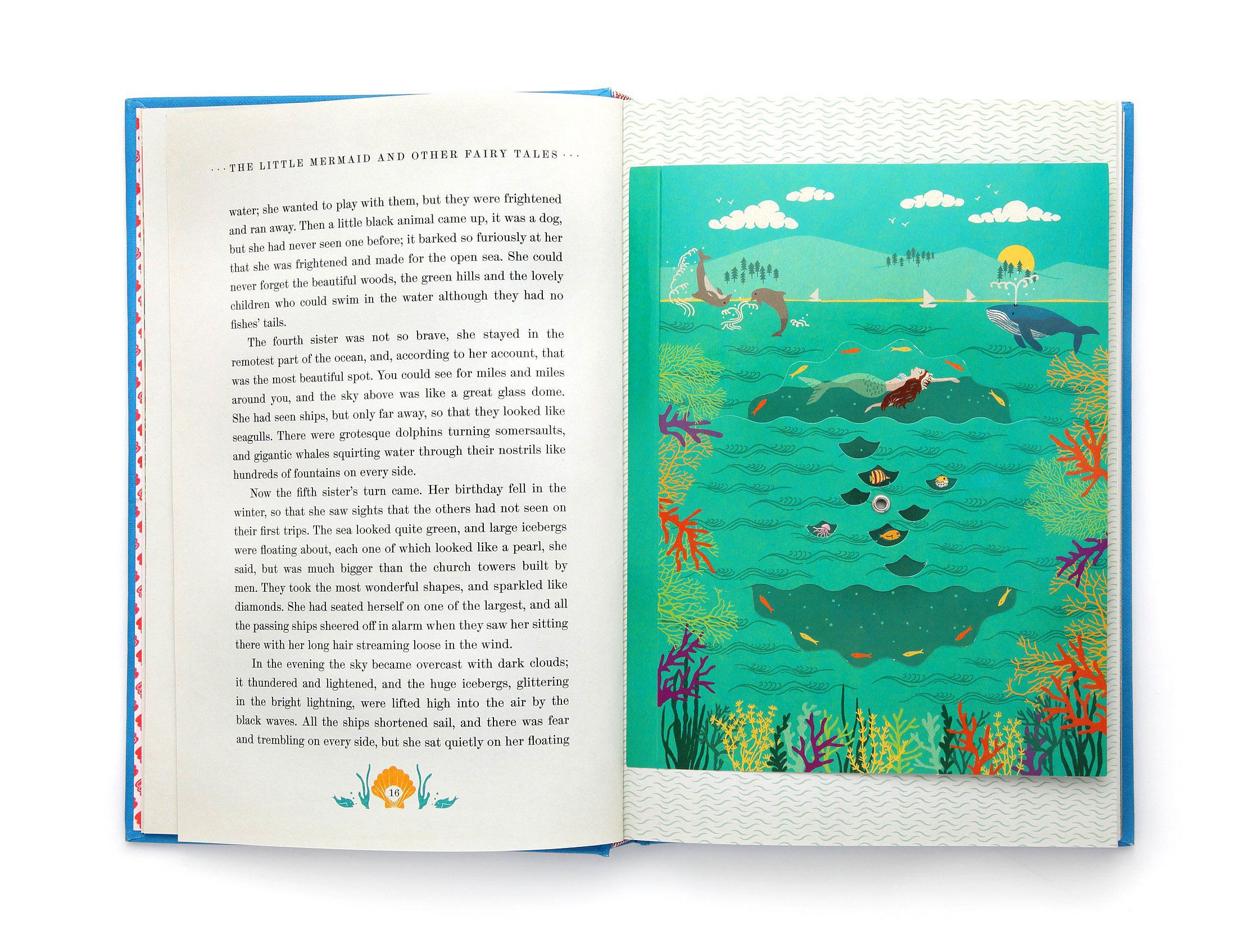 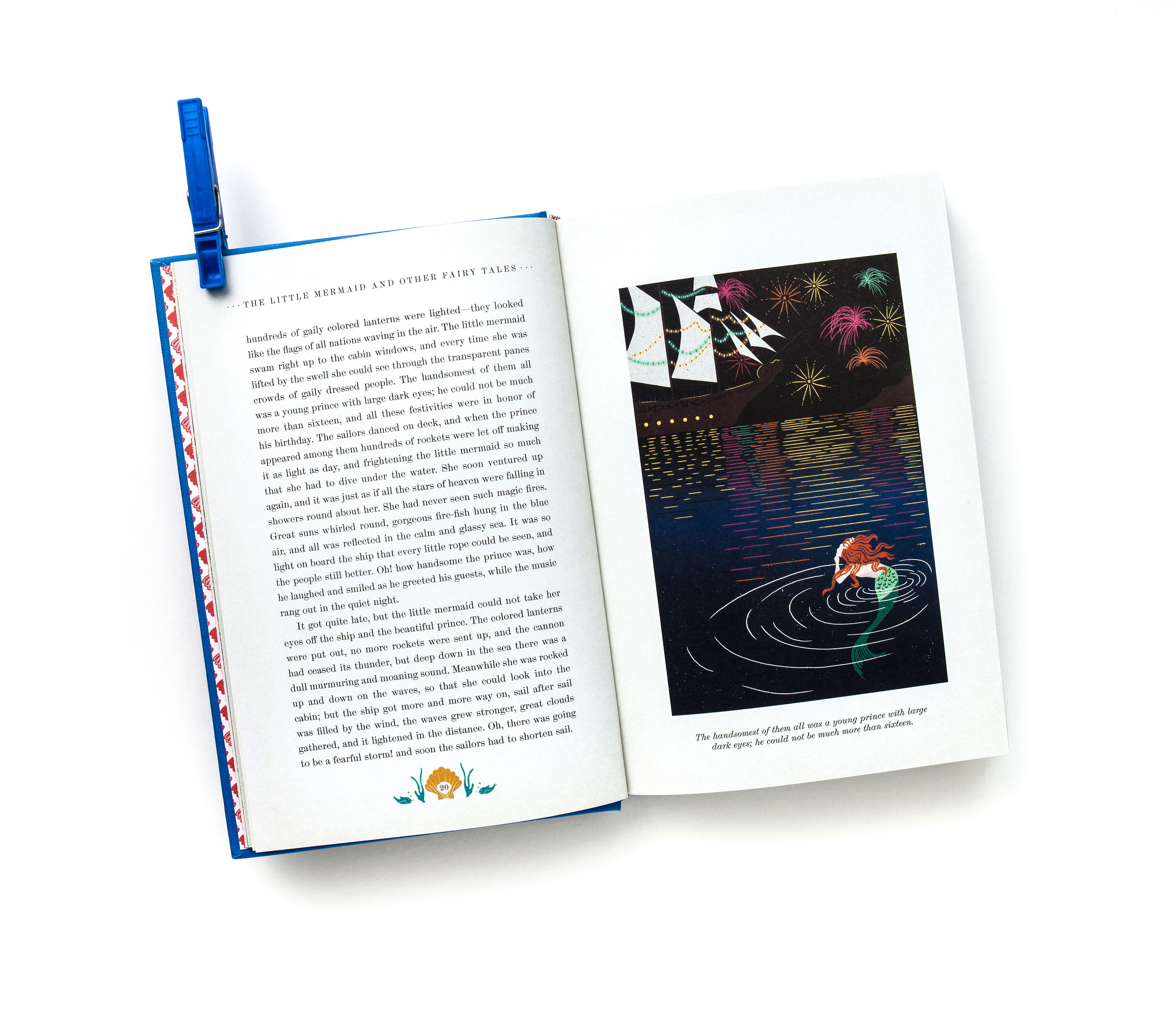 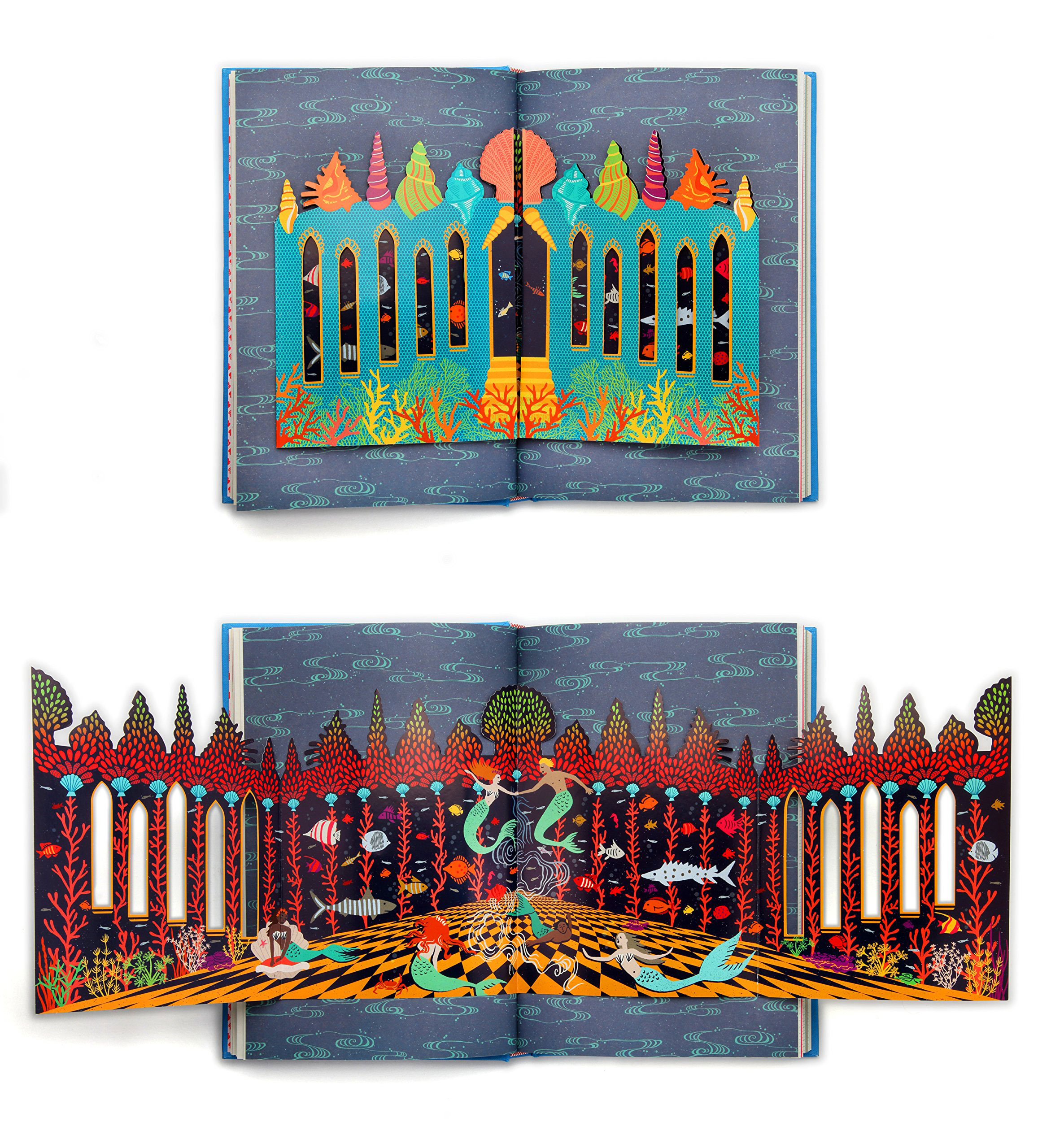 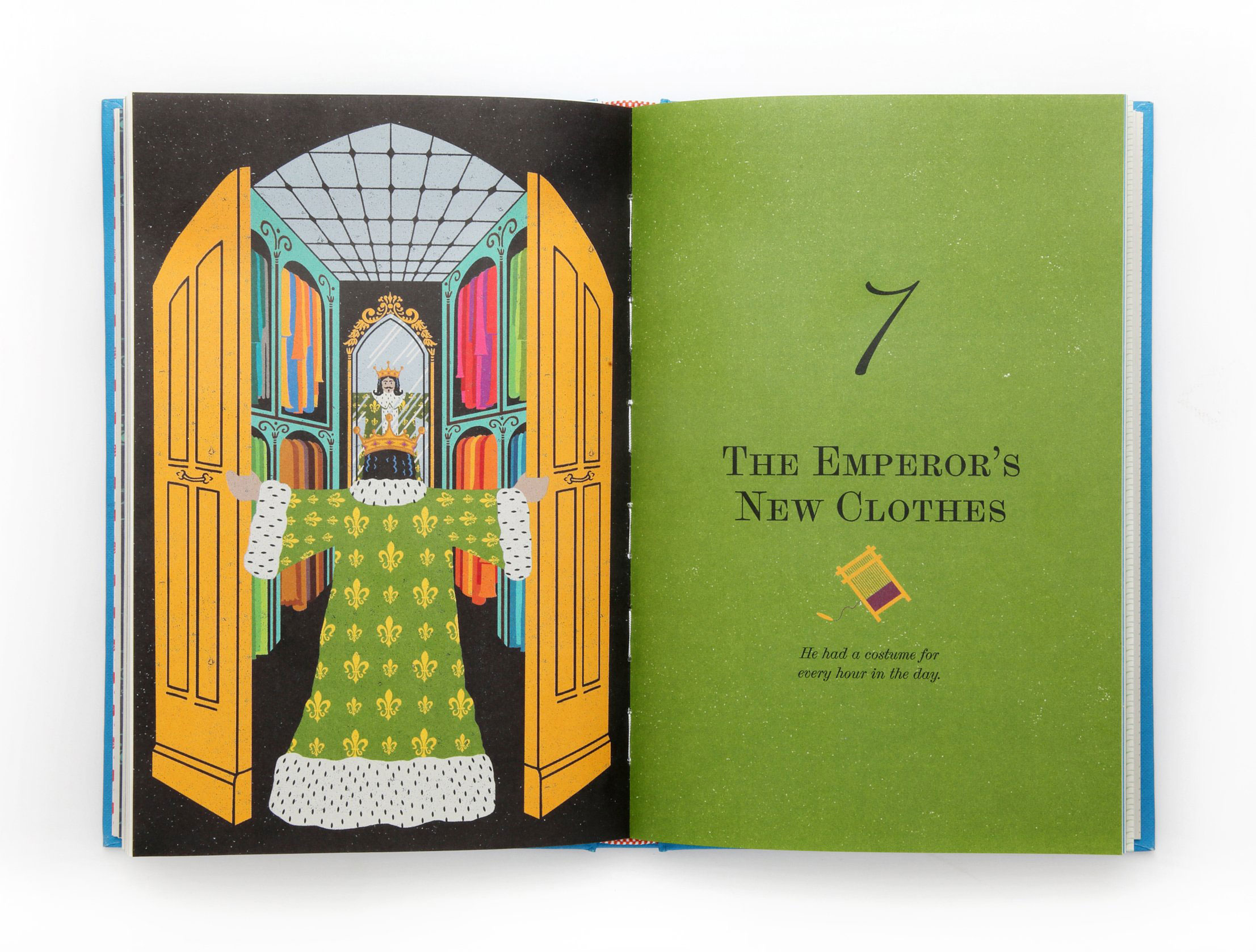 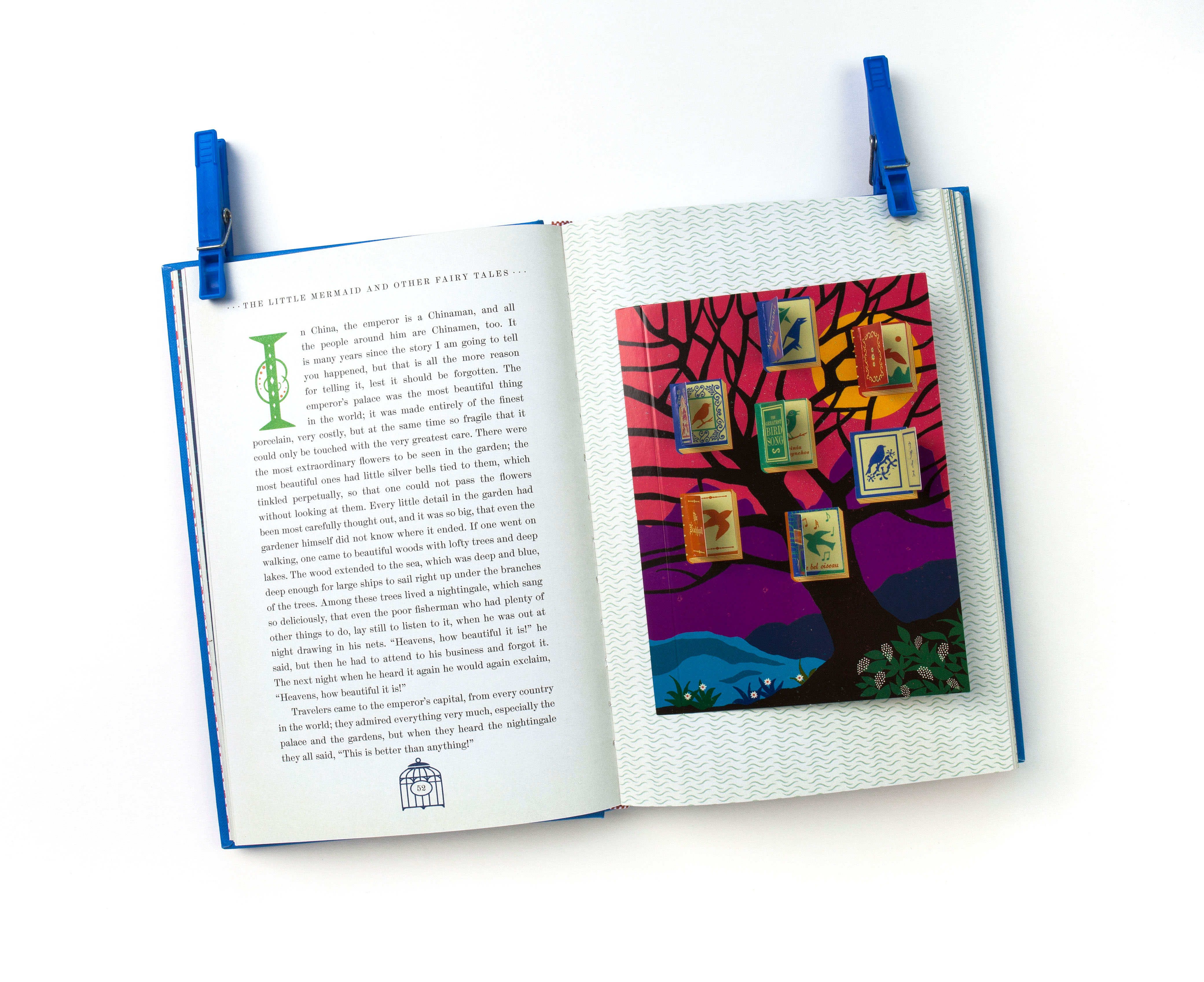 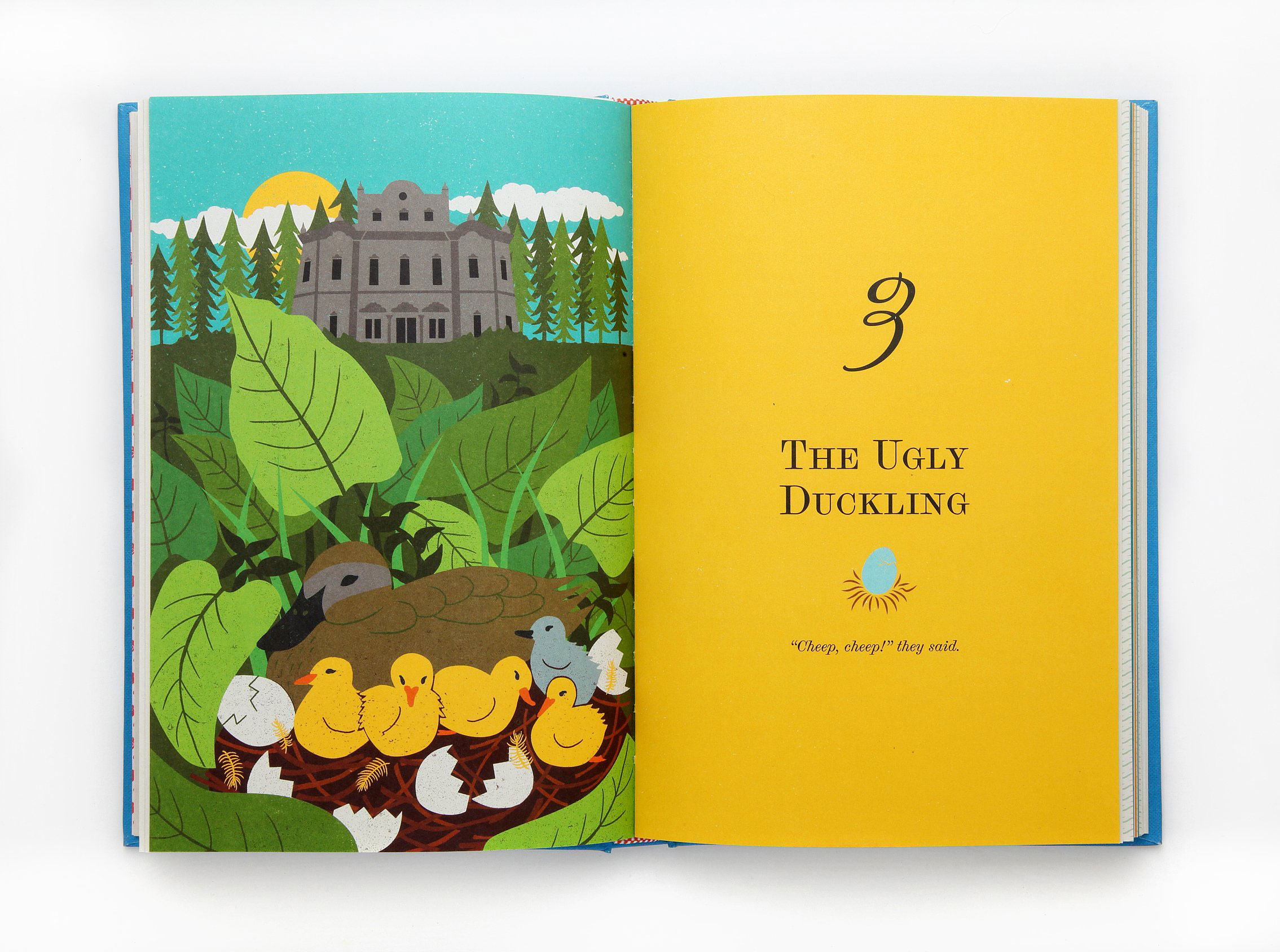 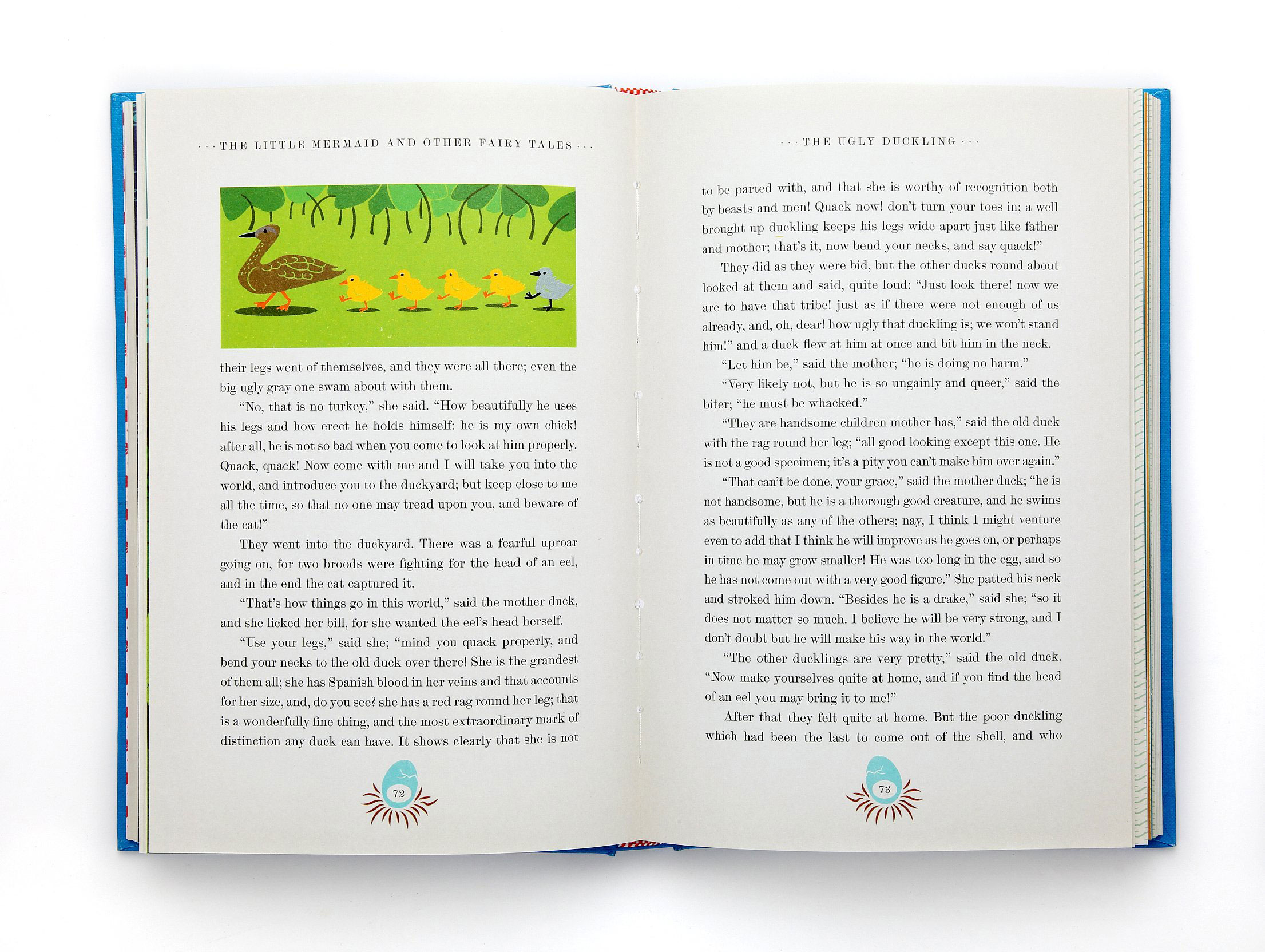 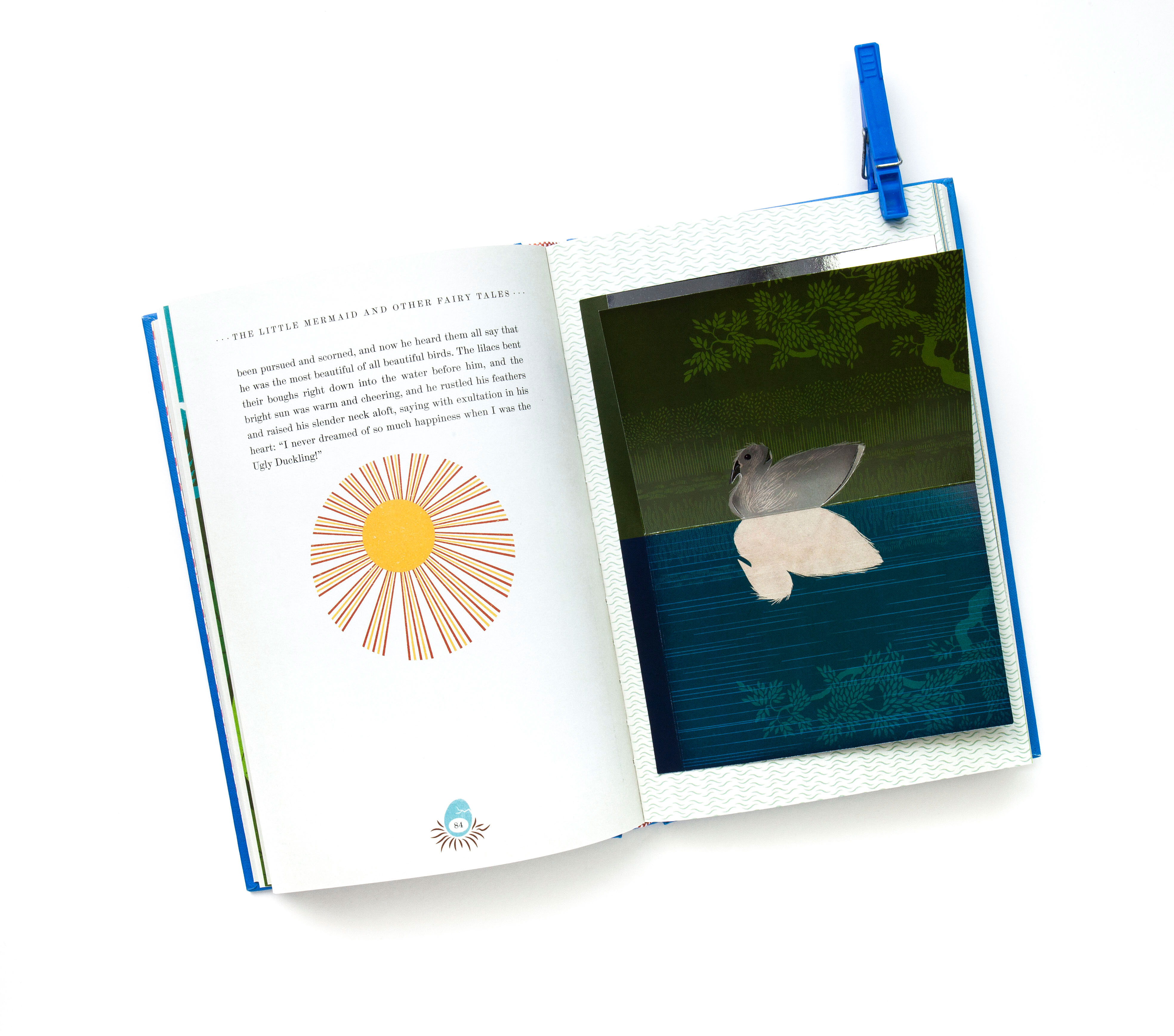 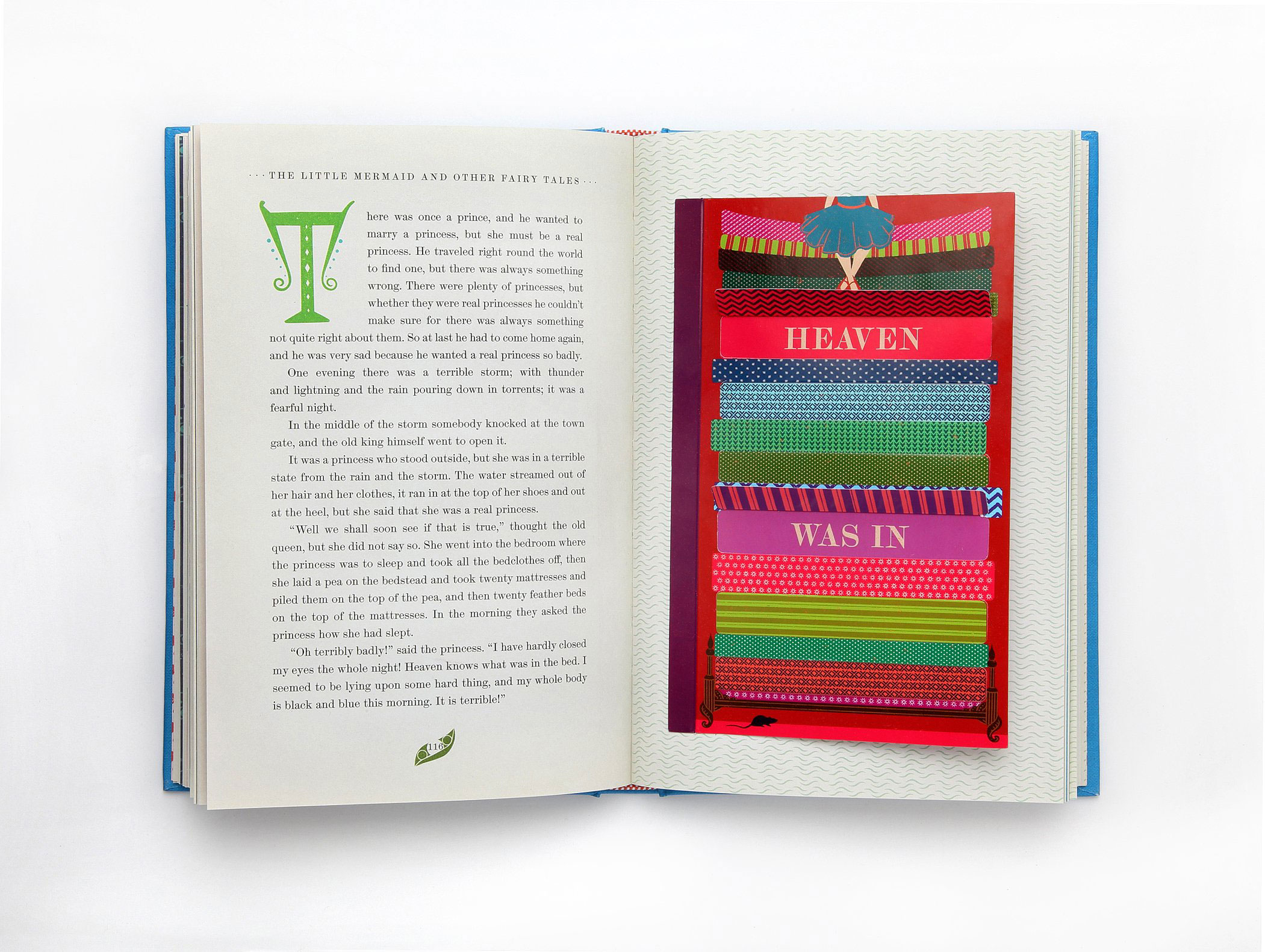 “The Princess and the Pea” 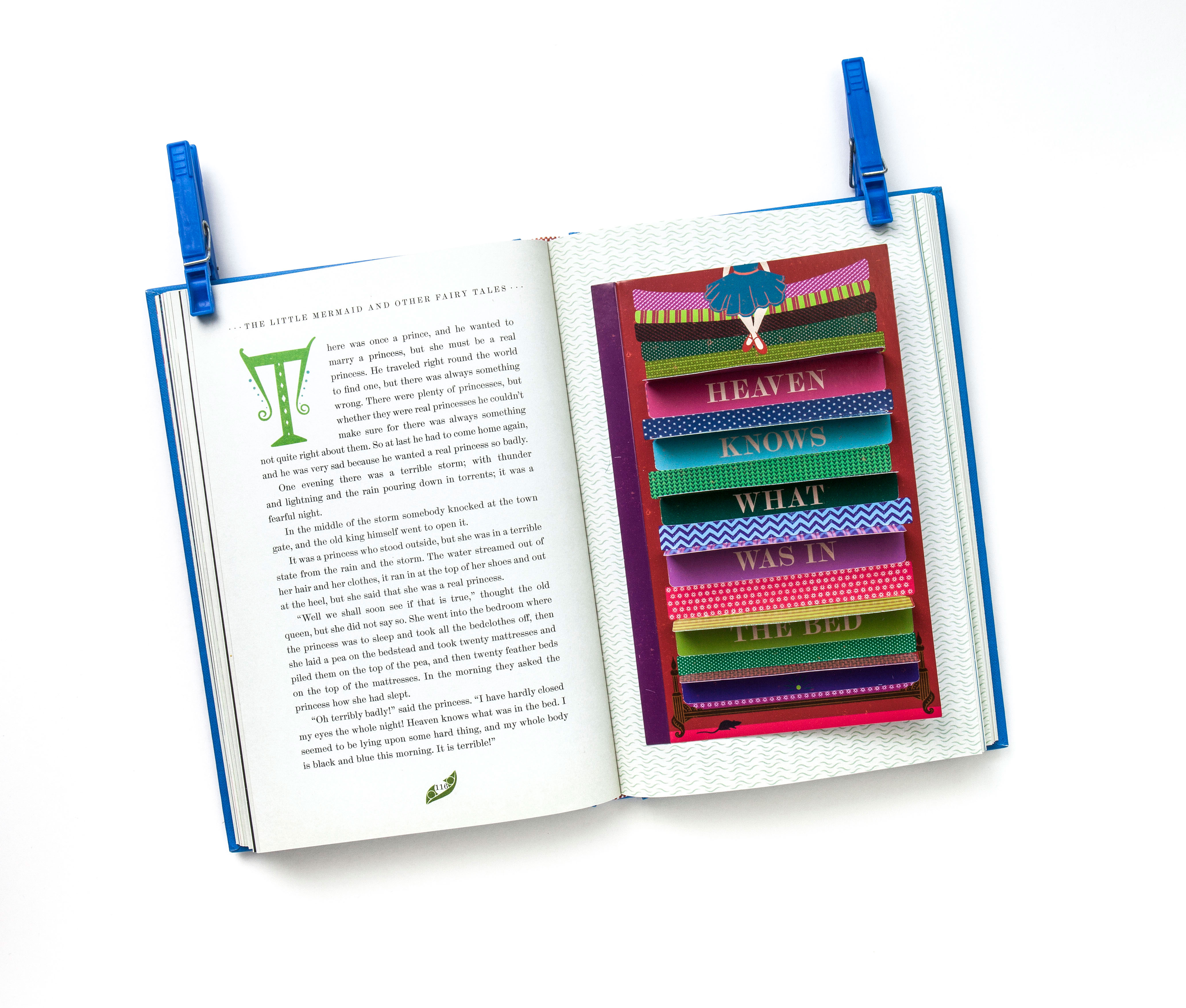 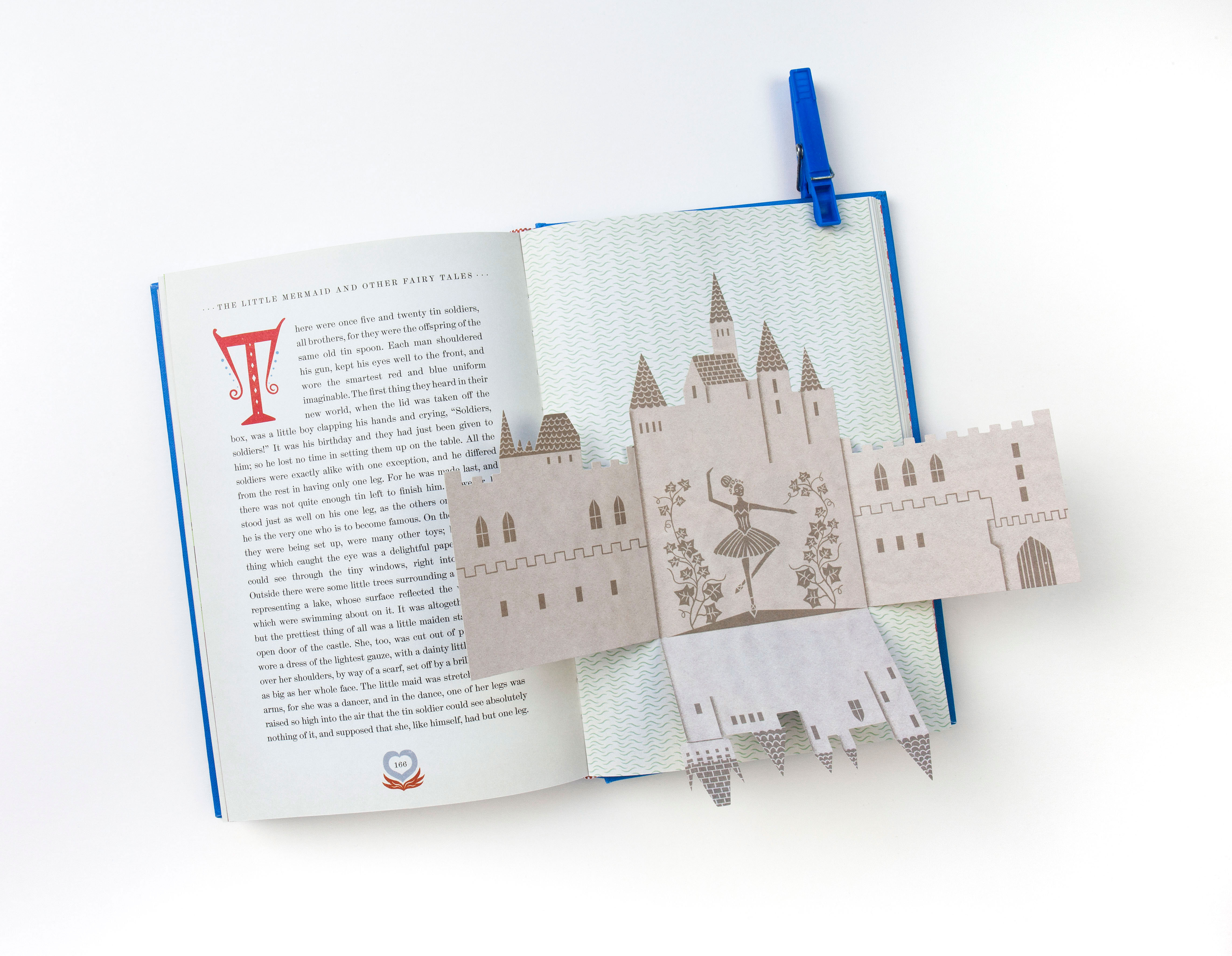 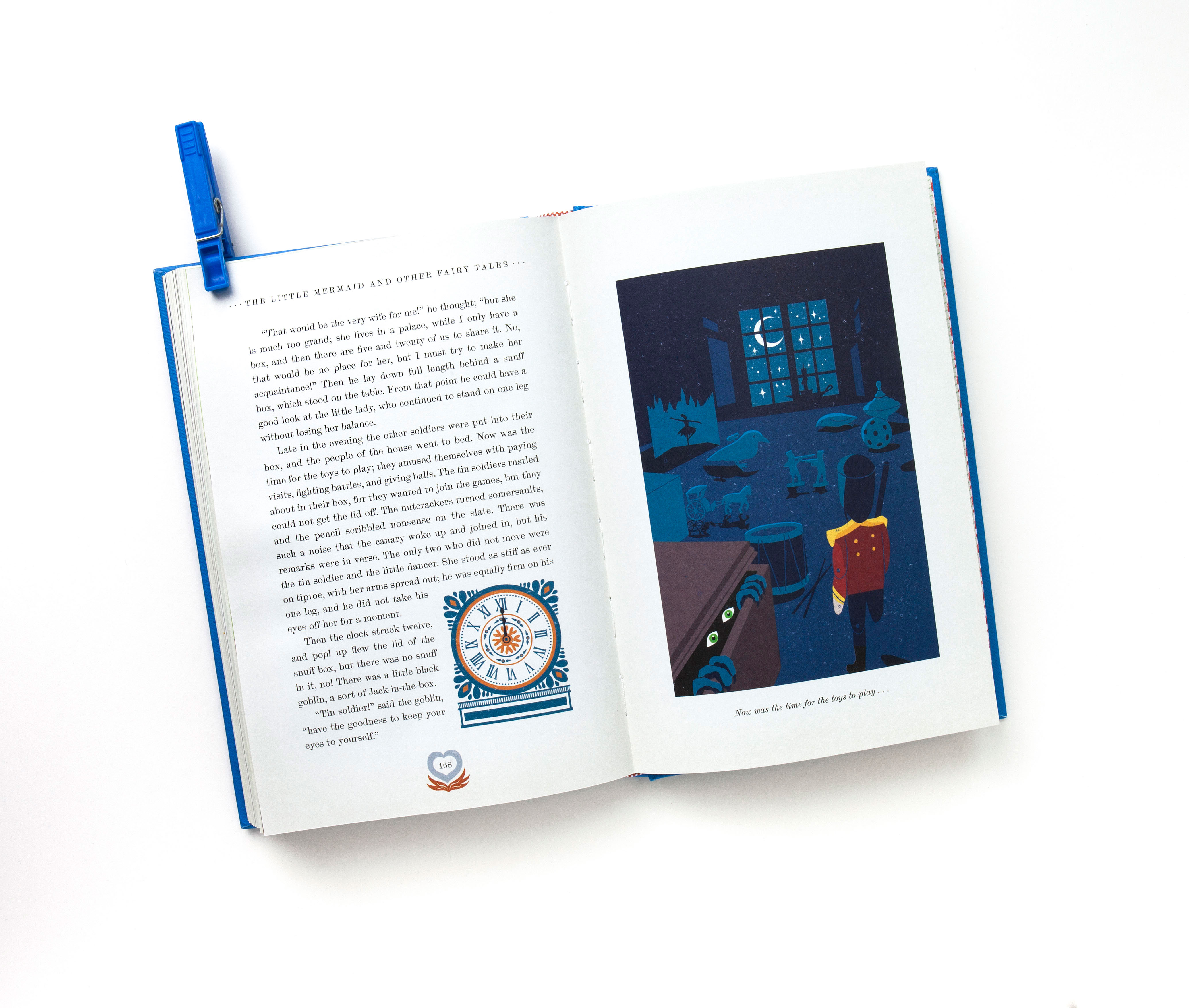 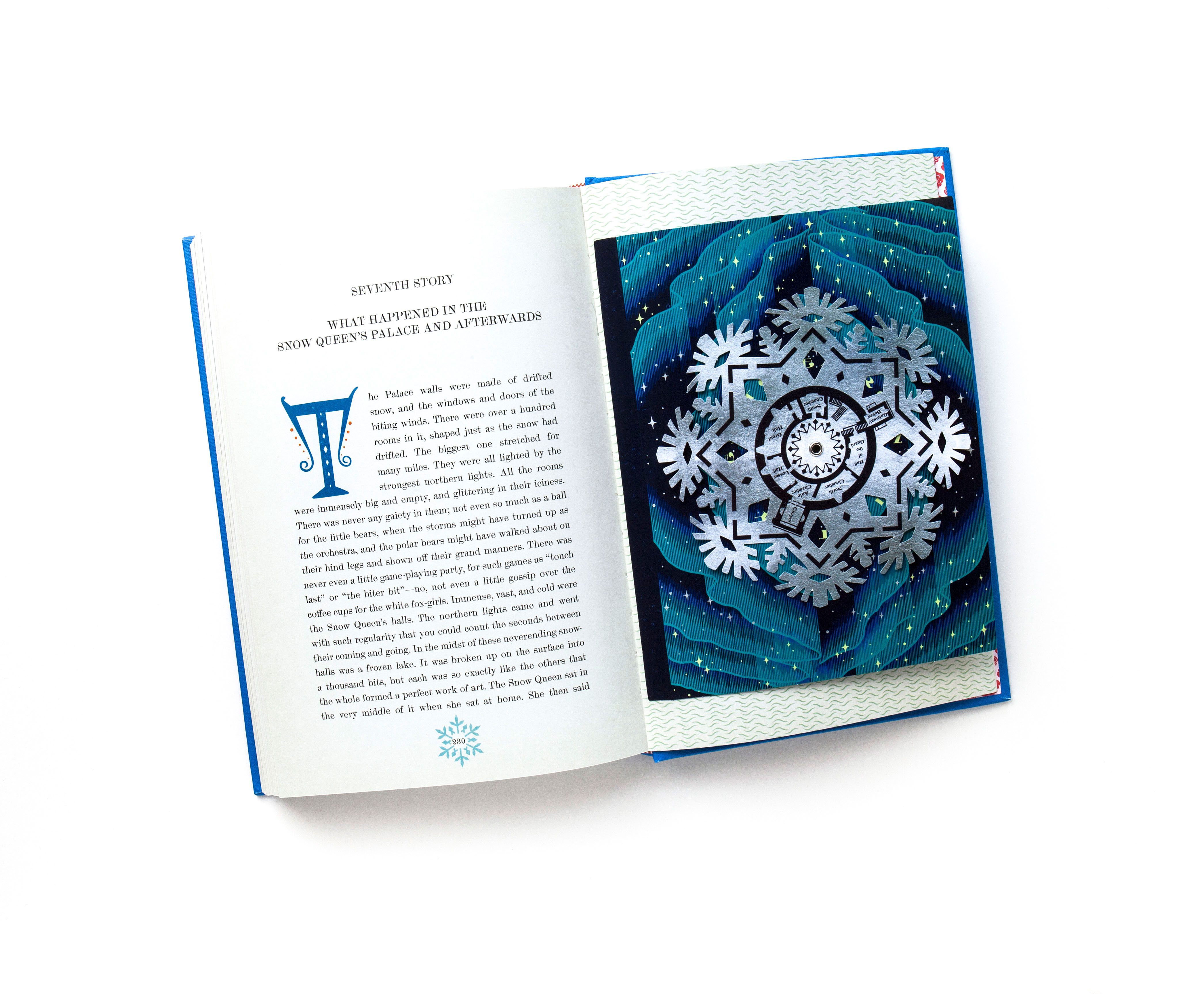 The fourth book in a series of illustrated classics by MinaLima, The Little Mermaid and Other Fairy Tales features unique artwork and engaging interactive features. Published on Thursday 22 March, this new unabridged gift edition takes readers on a captivating journey through thirteen short stories originally written by Hans Christian Andersen.

The deluxe hardcover in the now inimitable MinaLima style, debossed and gold foiled together with vivid artworks and magical interactives make for a colourful adventure so appealing to illustrated book lovers, collectors, and families. The charming interactive elements include dancing mermaids, the magical transformation of duckling to swan, a princess searching for that infamous pea, and the Snow Queen’s frosty palace.

To celebrate the launch of their latest book, MinaLima will create a narrative, whimsical gallery within their London-based House of MinaLima. Opening to the public on Wednesday 25 April 2018, the theatrical gallery space will showcase the book artwork as limited edition prints from all four publications: Peter Pan, The Jungle Book, The Beauty and The Beast and The Little Mermaid and Other Fairytales [sic]. Available in editions of 250, the art prints are numbered, embossed and signature-stamped.

Originally published in 1837, Hans Christian Andersen’s collection of fairytales [sic] has captured the hearts of generations of readers as a timeless masterpiece. Since then the exciting stories of The Little Mermaid, Thumbelina, Princess and the Pea and more continue to be popular children’s stories which have been retold in numerous films and print for decades. Disney reinforced the cultural prominence of The Little Mermaid in 1989 with its award- winning [sic] animated version of the story.

· Published in hardback by Harper Design

MinaLima is an award-winning graphic design studio founded by Miraphora Mina and Eduardo Lima, best known for establishing the visual graphic style for the Harry Potter film franchise, and more recently, Fantastic Beasts and Where to Find Them. The studio has also created graphic props for films such as Sweeney Todd (2007), The Golden Compass (2007), and The Imitation Game (2014). Based in London, the studio also designed the bestselling book, Harry Potter Film Wizardry, as well as Peter Pan, The Jungle Book and The Beauty and The Beast.

Hans Christian Andersen was a Danish author and poet best remembered for his fairy tales, both original and retold, including the beloved classics Thumbelina, The Emperor's New Clothes, The Fir Tree, The Steadfast Tin Soldier, The Princess and the Pea, The Red Shoes, The Ugly Duckling, and The Snow Queen.