Have you been trying to figure out how to get to New York City to see Puffs? Stashing away all your coins like a Niffler? Well, break open that savings account in Gringotts, because this May, you just might be able to see Puffs in a city near you!

Filmed in February in front of a live audience over two performances, Puffs will offer fans across the US the opportunity to experience the play like never before in over 1,200 theaters. The theater viewing will include not just the performance but also never-before-seen backstage antics and a look at how the play came together. Take a look a the trailer below!

Starting April 6, tickets to see Puffs: Filmed Live Off-Broadway will be available for purchase through Fathom Events and participating Fathom theater box offices. There will only be two showings available, May 9 at 7 p.m. and May 12 at 12:55 p.m., so make sure to mark your calendars and get those tickets right away! 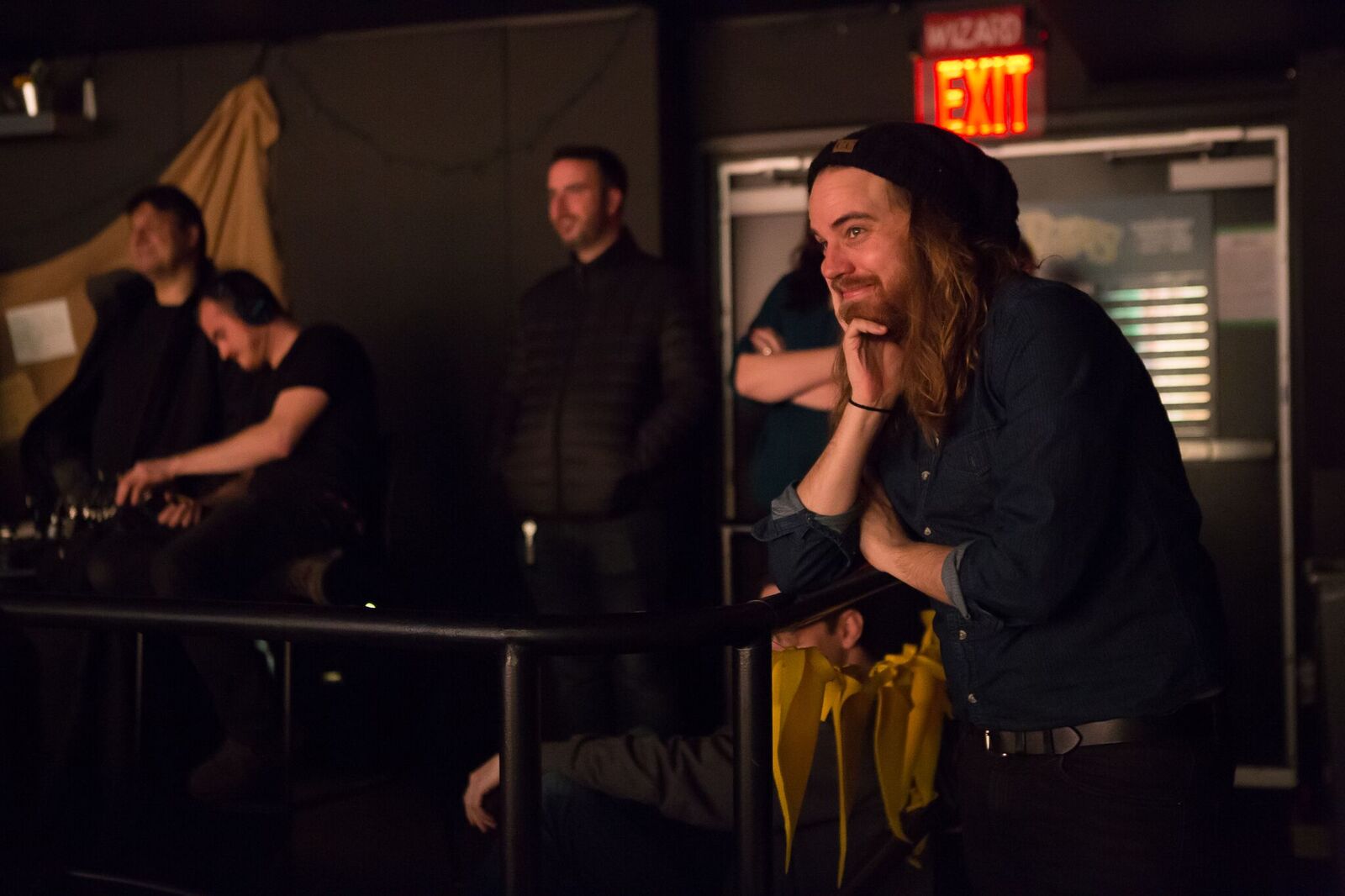 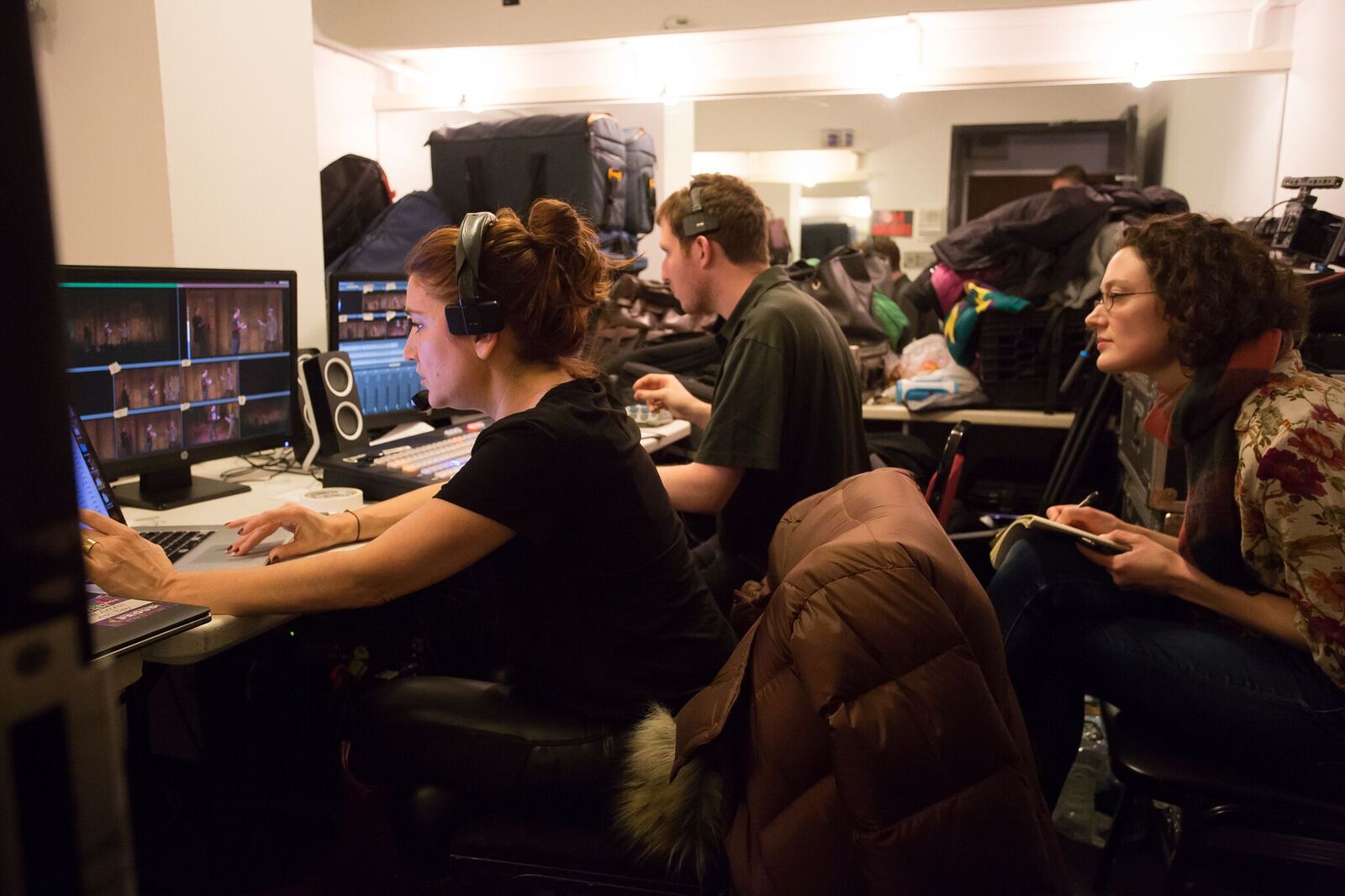 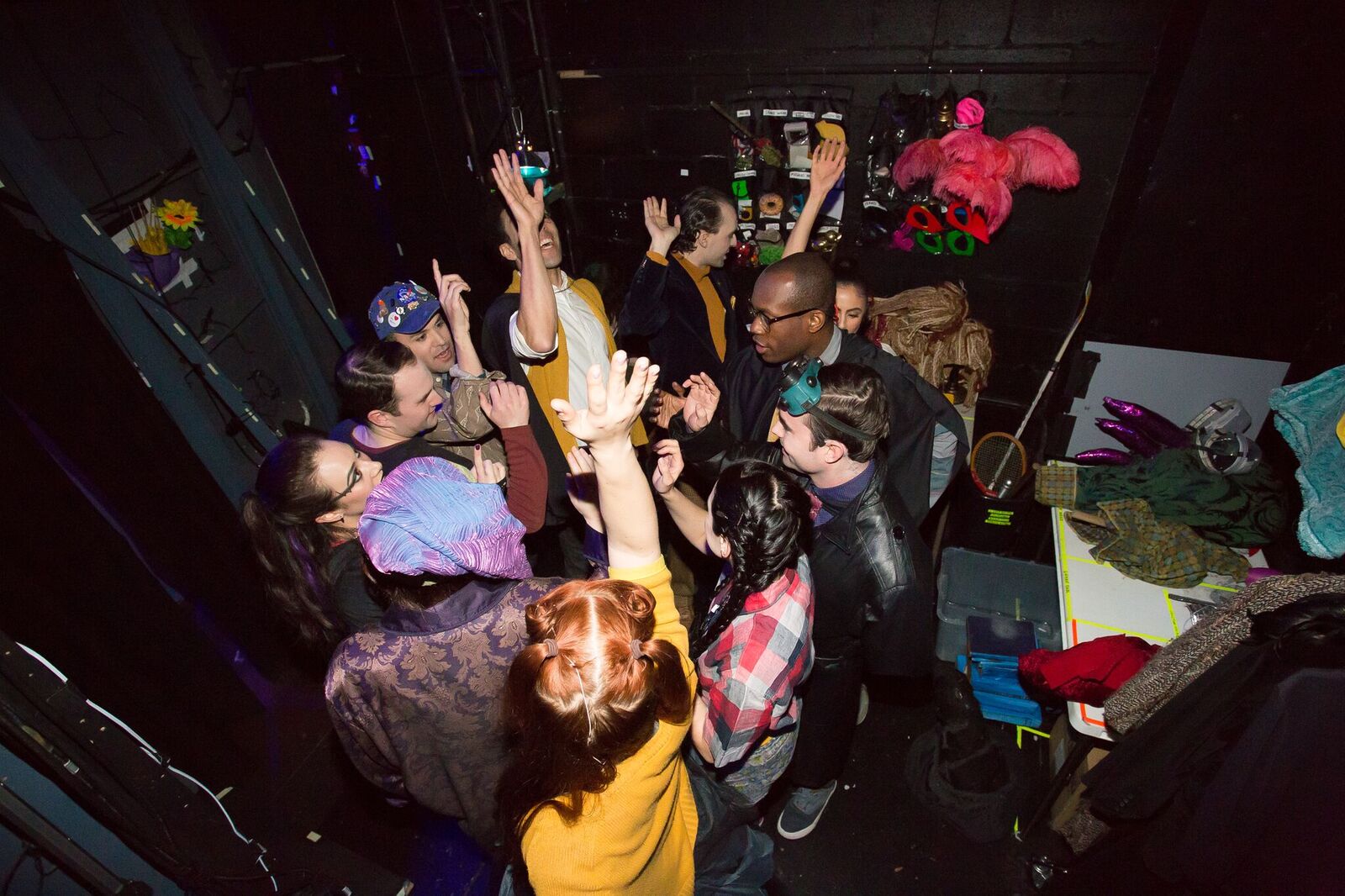 The cast of “Puffs: Filmed Live” gets ready to take the stage before a preview.

Now to the fun stuff, where we give you special access to the film! The folks behind Puffs are offering MuggleNet readers an opportunity to win a pair of tickets and some Puffs swag with our special presale link starting on April 4! This means you get to purchase your tickets ahead of everyone else. Plus, you have a shot at receiving a pair of comped tickets if your name is drawn!

How do you put your name in the hat to win? Simply purchase your tickets and then enter below with the following information:

DENVER – April 4, 2018 – The highly acclaimed and rollicking hit comedy is about to get the big - screen treatment when “Puffs: Filmed Live Off Broadway ” comes to U.S. cinemas for a two - day event this May. For seven years, a certain boy wizard went to wizard school. This, however, is not his story. This is the story of The Puffs... who just happened to be there too. A tale for anyone who has never been destined to save the world.

At the request from fans all over the world, “Puffs: Filmed Live Off Broadway” was captured in front of a live audience. Shot over two performances in February 2018 during the show’s unstoppable open-ended run at New World Stages, moviegoers will experience the stage production in a whole new way on the big screen. Audiences can expect the unexpected, including close - up shots, multiple angles and an exclusive look behind the curtain of this clever and inventive play.

Tickets for “Puffs: Filmed Live Off Broadway” can be purchased beginning Friday, April 6 at www.FathomEvents.com or participating theater box offices.

Fathom Events and Tilted Windmills Theatricals partner to present “Puffs: Filmed Live Off Broadway” in more than 600 U.S. cinemas on Wednesday, May 9 at 7:00 p.m. and Saturday, May 12 at 12: 55 p.m. ( all local times), through Fathom’s Digital Broadcast Network (DBN). For a complete list of theater locations, visit the Fathom Events website (theaters and participants are subject to change).

The New York Times proclaimed “Puffs” as, “A FAST-PACED ROMP through the ‘Seven Increasingly Eventful Years at a Certain School of Magic and Magic.’ For POTTERphiliacs who grew up alongside Potter and are eager to revisit that world, ‘Puffs’ exudes a jovial, winking fondness for all things Harry!”

Produced by Tilted Windmills Theatricals’ two - time Tony Award® winner John Arthur Pinckard and Broadway veteran David Carpenter, “Puffs” is a Potter-inspired comedy for anyone who has ever felt like a secondary character in someone else’s story. The play gives audiences a new look at a familiar adventure from the perspective of three new heroes just trying to make it through magic school.

“This epic secondary story line [sic], imagined from one of the world’s most famous wizarding sagas, has maintained its popularity with fans for years ,” Fathom Events Chief Content and Programming Officer Gordon Synn said . “Puffs: Filmed Live Off Broadway" now offers those fans a unique new way to experience this hilarious twist on a classic story , proving that underdogs can be the heroes.”

“Our fans have meant the world to us since the very beginning of the production and e very week we continue to delight audiences in New York,” said David Carpenter, Producer. “This incredible partnership with Fathom will allow us to bring the magic of the show and our incredible cast to our fans across the country and invite whole new audiences to experience the joy that is 'Puffs.”

Fathom Events is the leading event cinema distributor with participating theaters in all 100 of the top Designated Market Areas ® , and ranks as one of the largest overall distributors of content to movie theaters. Owned by AMC Entertainment Inc. (NYSE: AMC), Cinemark Holdings, Inc. (NYSE: CNK) and Regal Entertainment Group (NYSE: RGC) (known collectively as AC JV, LLC), Fathom Events offers a variety of one - of - a - kind entertainment events in theaters such as live performances of the Metropolitan Opera, top stage productions including Newsies! The Broadway Musical and George Takei’s Allegiance, major sporting events such as Mayweather vs. McGregor, epic concerts with artists like Lady Antebellum and Sammy Hagar, the yearlong TCM Big Screen Classics series, inspirational events such as Is Genesis History? and IN OUR HANDS: The Battle for Jerusalem, and beloved anime titles like Princess Mononoke and Spirited Away. Fathom Events takes audiences behind the scenes for unique extras including audience Q&As, backstage footage and interviews with cast and crew, creating the ultimate VIP experience. Fathom Events’ live digital broadcast network (“DBN”) is the largest cinema broadcast network in North America, bringing live and pre-recorded events to 912 locations and 1,427 screens in 181 DMAs. For more in formation, visit www.fathomevents.com.

Tilted Windmills Theatricals (TWT) is a theatrical producing partnership between New York theatre veterans David Carpenter and John Arthur Pinckard. The company's mission is to be a disruptive, forward-thinking innovator breaking new ground at the intersection of the popular and performing arts. We present work that is fresh, unexpected, and engaged with the current cultural moment to a wide range of consumers, from traditional theatre-goers to the millennial audiences of tomorrow. We apply this creative philosophy not only to our content but also to our business model.