Emma Watson recently made a surprise appearance at a launch event for new charity Hockey Futures. The organization aims to make field hockey available to all children across the United Kingdom. With the Vitality Hockey Women’s World Cup event just around the corner, some of the women’s England Hockey team also made an appearance to help support the charity.

To the delight of many students, Emma joined in on a hockey session at Thorpe Hall Primary School in Walthamstow, East London. Rio 2016 Olympic gold medal winner and Hockey Futures ambassador Helen Richardson-Walsh MBE and Commonwealth and European medalist and England Hockey ambassador Emily Defroand were also at the event. The players guided Emma through a Quicksticks session, but it certainly wasn’t her first time playing field hockey.

Hockey was a big part of my life growing up and I’m thrilled that England Hockey are committed to making the sport more accessible to children all over the country through the launch of Hockey Futures. Hockey is the nation’s most gender[-]equal sport and it was fantastic to visit a Hockey Futures session at Thorpe Hall Primary School and see children playing together, learning new skills – and teaching me some new hockey tricks too!

Showing off her hockey skills, Emma, alongside 20 Thorpe Hall students,  participated in a hockey session taught by Waltham Forest Hockey Club coaches. Emma played field hockey during her childhood at Rover Oxford and in college at Brown University.

Find out more about why she surprised schoolchildren in East London: https://t.co/DuIPO7fmD2 pic.twitter.com/7F2pt3T6RL

Richardson-Walsh, Defroand, and Watson together donated 100 tickets for a Vitality Hockey Women’s World Cup game to the school. The two hockey stars also gave Emma a gift of her own, a shirt signed by the England Hockey team.

The start of the Women’s World Cup on July 21 will also be the beginning of Hockey Futures’ public campaign to raise £1 million before the 2020 Summer Olympics. Emma was thrilled to be able to be part of such a great event leading up to the world cup.

This is such an exciting time for hockey in England, with London hosting the Vitality Hockey Women’s World Cup this month. All the England games are already sold out, and I hope that the event will draw more young people to the sport… It’s a really important opportunity to celebrate leading sports women from all over the world and I wish all the players every success in their games.

Hockey Futures works with hockey clubs across England to create outreach programs designed to connect children through schools and community organizations. With particular emphasis on inner-city areas, the organization is encouraging hockey as a way to help children improve life skills and see positive development.

As an ambassador for the charity, Richardson-Walsh was delighted with the success of the launch event.

Hockey is an amazing inclusive sport and it is so important that we help create as many opportunities as we can for youngsters to play, wherever they live. Throughout my career and since Rio I’ve seen first hand how powerful sport can be at grass roots, and long may it continue through Hockey Futures.

Defroand was particularly glad that Emma was able to make it to the hockey session, knowing that her presence would bring a lot of positive attention to the charity.

It was a fantastic event and I’m happy to admit it was an amazing surprise for everyone in the room that Emma was able to join us. She is a brilliant role model and to have her support is very, very powerful. With my roots in Essex, I am very proud of hockey in this part of the world and I really believe Hockey Futures can make a significant difference for the long term, helping as many young people as possible to play our sport.

If you are interested in helping Emma support Hockey Futures or to learn more about the organization, you can visit its website here. 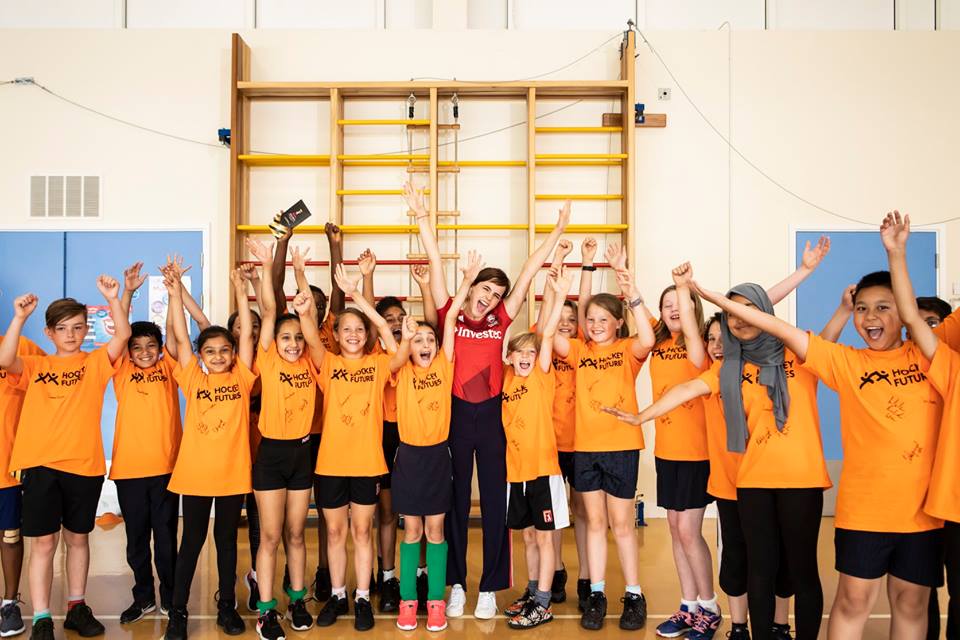 Emma Watson and the students from Thorpe Hall are very excited to participate in the Hockey Futures charity event. 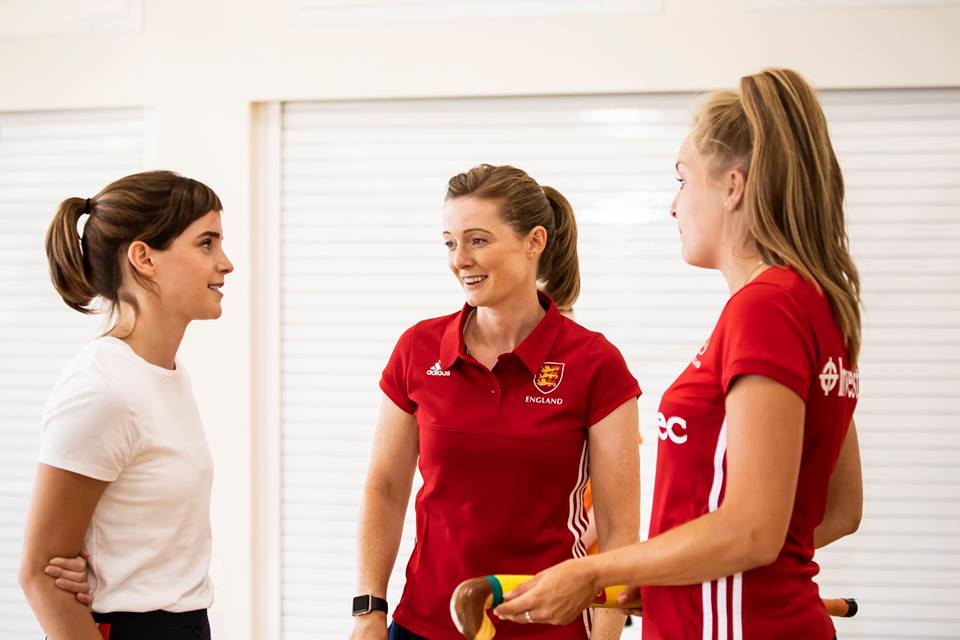 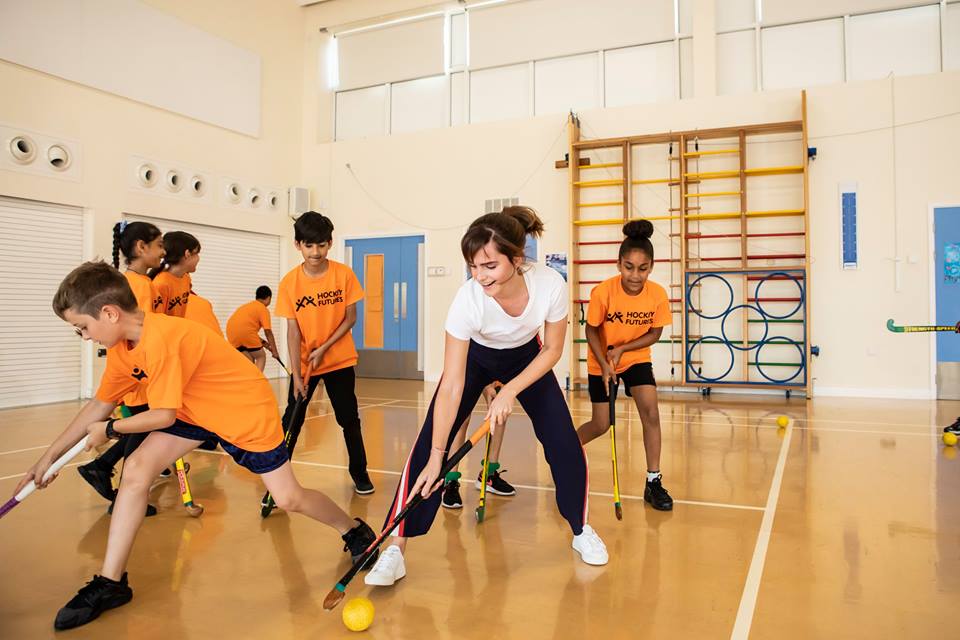 Emma Watson participates in a skills session alongside the Thorpe Hall students. 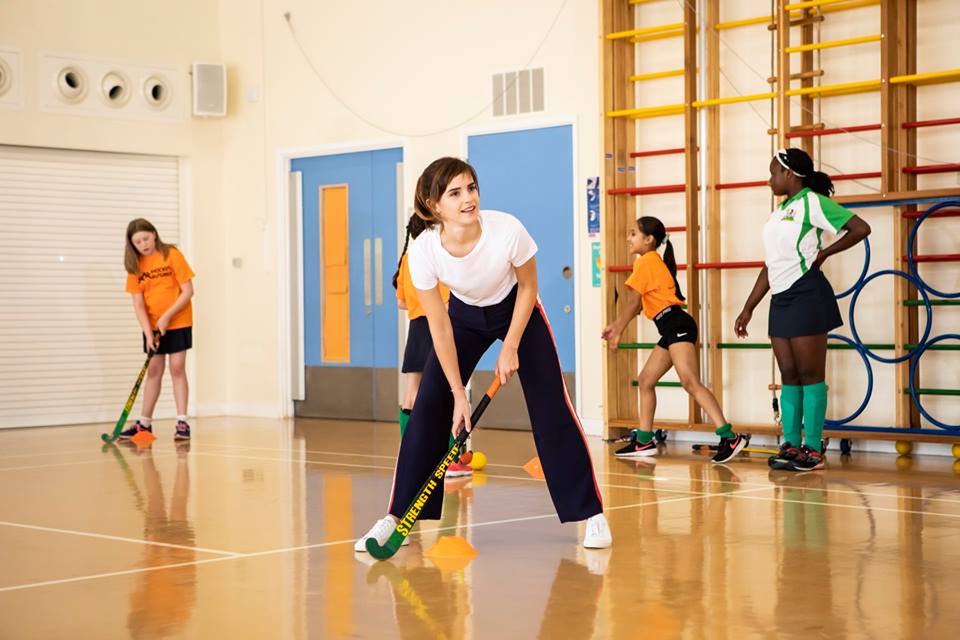 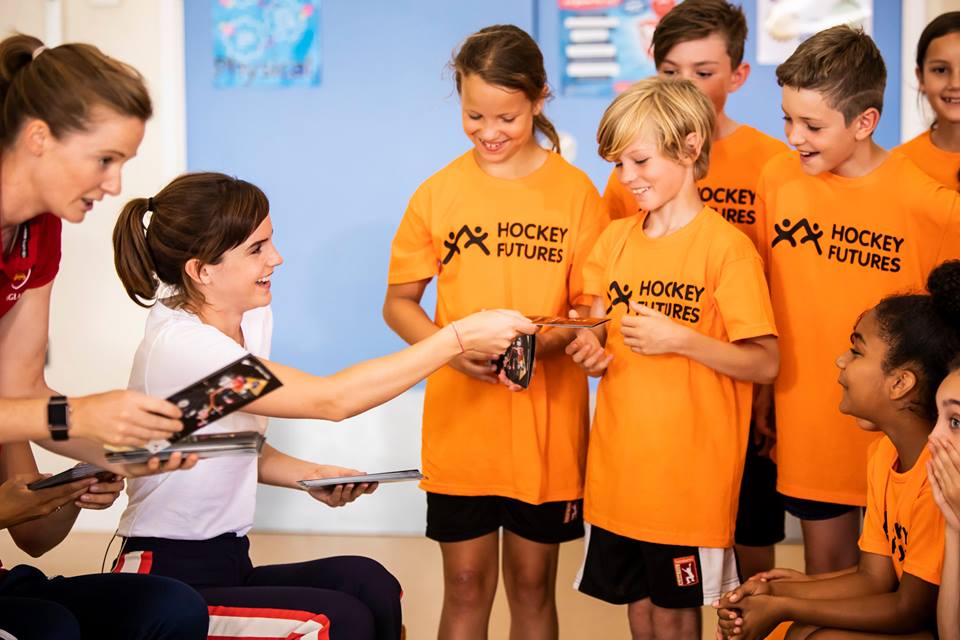 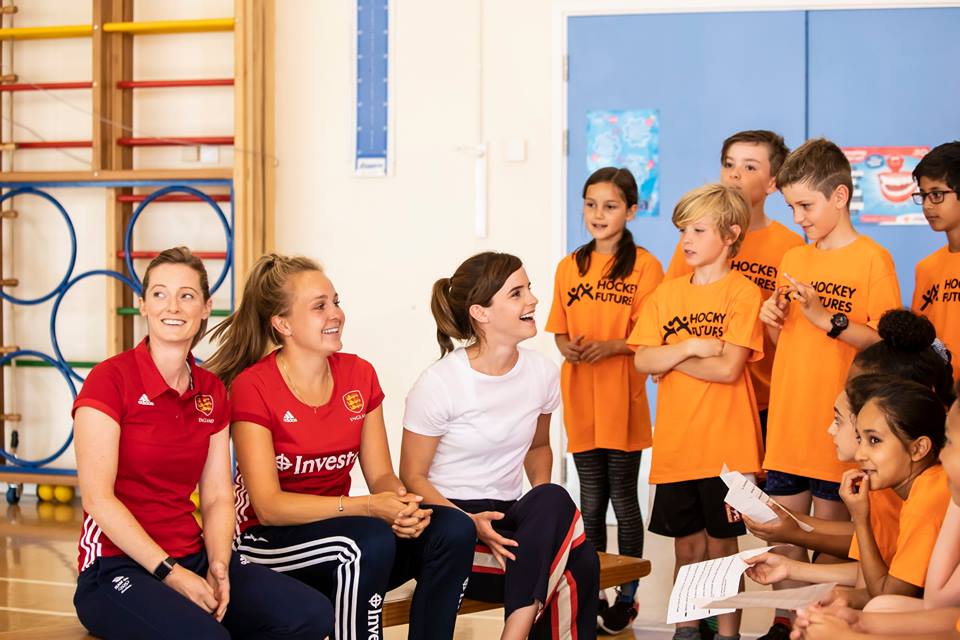