“Harry Potter: Hogwarts Mystery” Gets an Exciting New Update and Side Quest

If you needed any more reasons to play Harry Potter: Hogwarts Mystery or needed some motivation to start again and finish those classes, this is the one!

While players are waiting for Jam City to add Year 5 to the game, a new side quest has been made available to ease the waiting period. This latest event allows you to become an Animagus within the time limit of a few days. This quest consists of four different parts, each with its own set of objectives. Completing the first part will earn you 500 coins, while the second and third parts will unlock five and ten gems, respectively. The fourth part will finally see players complete their quest to become an Animagus. Since this side quest was just released yesterday, all the details around it are still a bit unclear. Based on an image released by Jam City, it appears as though players will be able to choose the animal they want to turn into: a dog, an owl, or a cat. It is also possible that more options will be available. It may also be that the animal a player turns into will be linked to their House, but that is only speculation at the time. You can read more about it here.

Speaking of the new side quest, in its latest update of the game, Jam City has added the option to add new skins to your pets, giving them a whole new look. Three cat skins, two owl skins, two toad skins, and two rat skins are now available with the latest update and the good news is that you can purchase these skins using gems or coins!

If you’re a regular player, you are very familiar with the fact that coins are very easy to come by, unlike the gems, which take blood, sweat, and tears – or all your money. Now it’s up to you to decide whether you’re going to build up your coins by attending those classes (Potions class is rather awful, isn’t it?) or whether it’s worth spending some cash on a skin or two. A cat skin, for example, will set you back about $9.99 worth of gems. Considering going to Potions now?

You can check out the various pet skins down below. 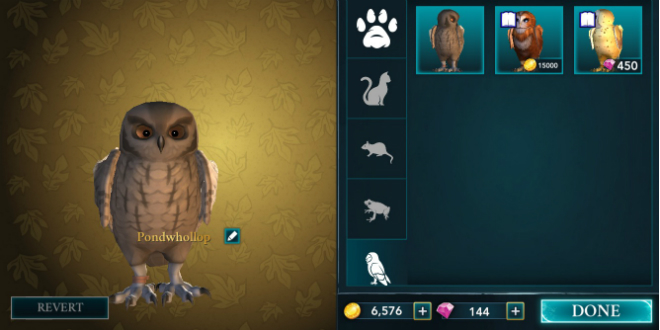 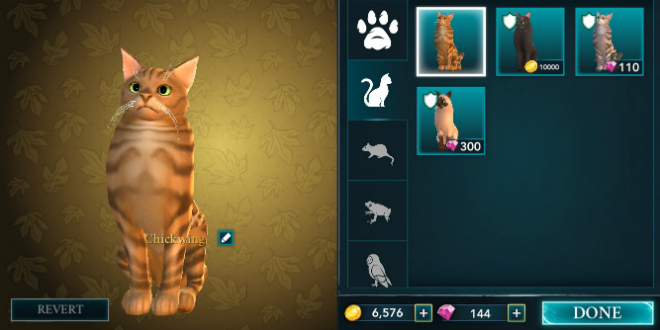 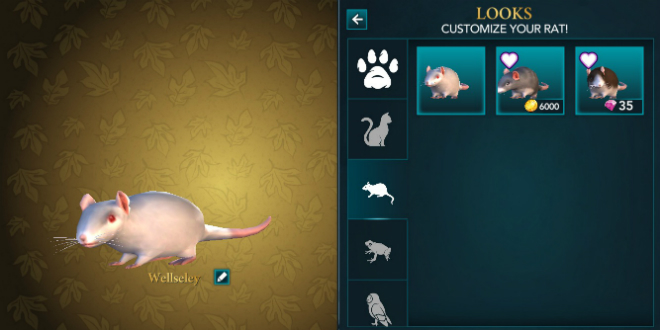 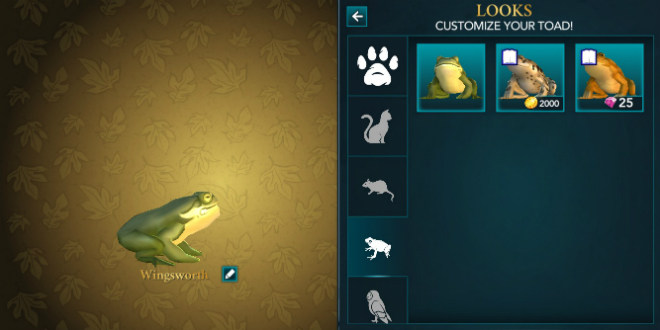 The new addition of the pet skins is similar to when pets were first introduced in the game – some people loved it and were happy to spend some money on one, or even all four. There were, however, some who were unhappy with the idea of having to buy a pet rather than earning one. In this case, it’s your choice: Earn one by getting coins, or open your wallet and get it instantly. If it is the former, I suggest you be on your way to Potions class!