Five Times Newt Scamander Was All of Us

We’ve all had those times where we wanted to be a character in the wizarding world, but have you ever stopped to think if the wizarding world is a bit like you? Case in point: Newt Scamander, Magizoologist extraordinaire, has captured fans’ hearts on how relatable he really is. Here are five times that prove Newt Scamander is basically who we all want to be.

We may not all be aspiring Magizoologists, out researching illusive magical beasts, but it doesn’t mean we can’t relate. I think we can all agree that we would cry too if we had to give up Pickett – even if it was fake. Plus, on a broader scale, Newt is just doing what we all secretly wish we could: running around a cool city collecting cute animals. Plus, if someone ever came up to you and asked you to go look for adorable Nifflers, could you really turn that down? 2. He understands what it is like to have siblings.

For those of you who haven’t seen the full trailer, I have a few questions. Namely, have you been living under a rock? In case you have, let me recap: At the very end of the trailer, it appears that Newt and Tina Goldstein are squaring off against Newt’s older brother, Theseus. With a wave of her wand, Tina ties Theseus to a chair and Newt gasps in disbelief, “I think that might’ve been the best moment of my life!” Any and everyone who has an older or younger sibling can 100% relate. Sure, they might be your family and you love them, but sometimes you just want to pull a Hermione Granger and punch them in the face.

3. He is super extra when it comes to the things he loves.

Erumpent mating dance anyone? It takes a great deal of passion and dedication toward your profession to spend your time learning this complicated (and hilarious!) dance. Furthermore, Newt demonstrates his devotion to his craft time and time again. When being interrogated by Gellert Grindelwald (disguised as Percival Graves), Newt is more concerned about the safety and well-being of his creatures than he is about his own life. 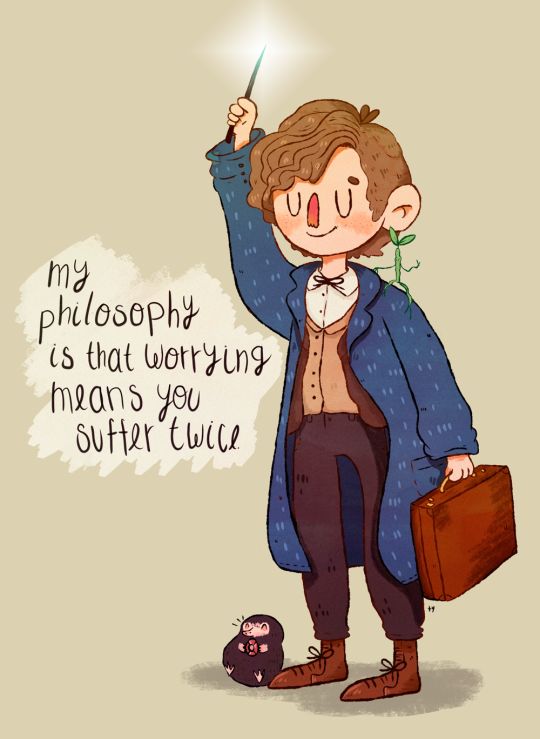 4. He is just as awkward and lovable as us.

If you are the kind of person who would be terrified to stand up in front of all of MACUSA, Newt may be your guy. Newt may not be as outgoing and sociable as many heroes, but honestly, that is what makes him so relatable. For those of us who would rather stay at home with a good book than go out to a party, Newt is the perfect hero. Furthermore, he keeps that lovable awkwardness as he tries to keep his head down and just study his animals without ruffling any feathers. This isn’t a bad quality by any means, and in fact, it is much more realistic and relatable. 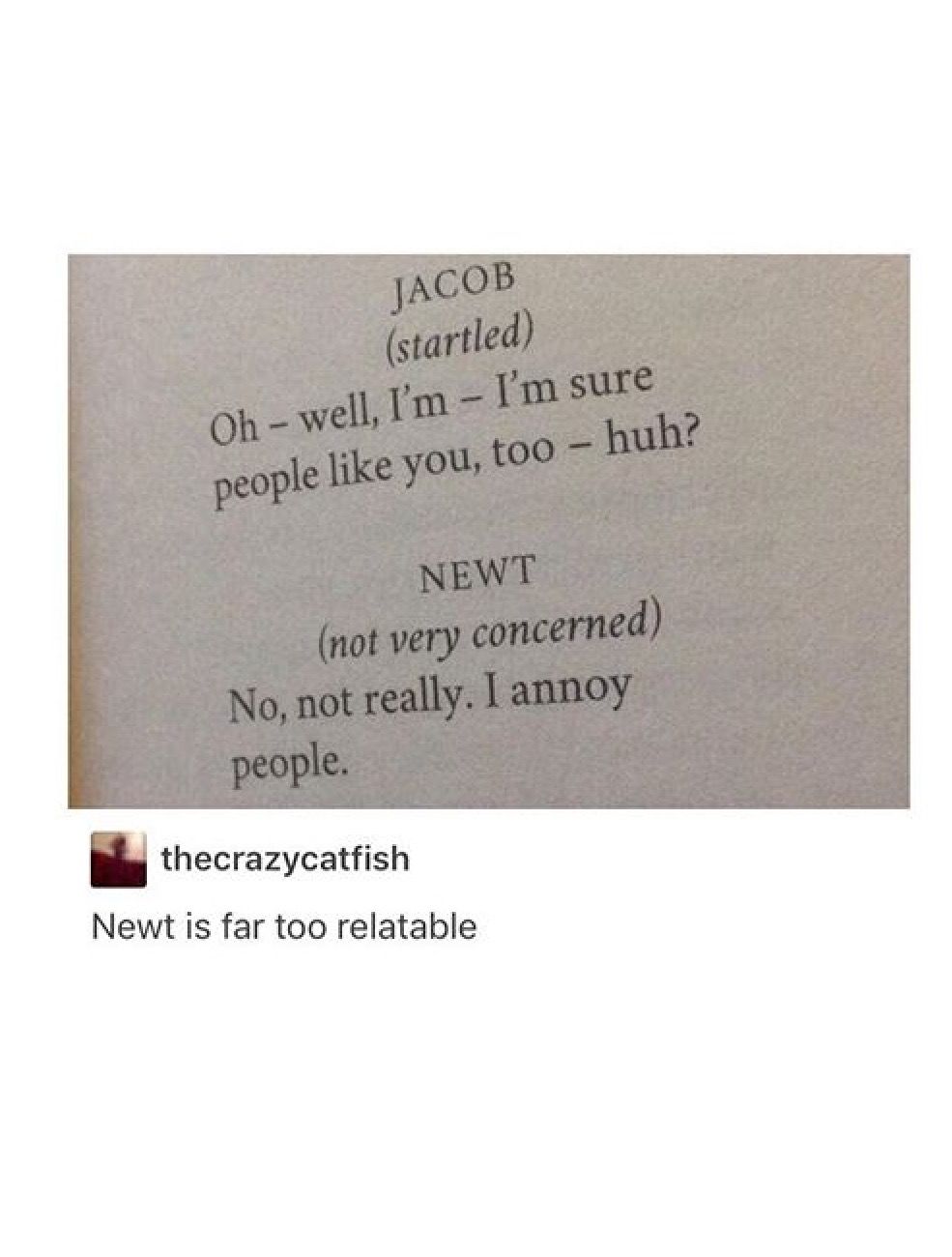 5. He is a strong and confident hero.

Okay, he is not the outwardly daring and sometimes reckless protagonist that is featured most often in books and movies, but there is definitely a hero inside of him. Instead, Newt has a quiet defiance that comes from not caring what others think about him and a pure determination to do what is right. For example, in the full trailer for Fantastic Beasts: The Crimes of Grindelwald, Newt claims that he never takes sides. And as noted before, Newt cares more for others – even animals – above himself. This is what allows him to connect with Credence Barebone and what makes him such a good Magizoologist. Sure, everyone always imagines what it would be like as a powerful superhero, doing good deeds, but these underappreciated heroics is something everyone has within them.

What do you think? How do you relate to Newt? Let us know in the comments below!