There are many things to look forward to in Fantastic Beasts: The Crimes of Grindelwald, including magical beasts and familiar faces. One character who will make an appearance is Nicolas Flamel, a friend of Albus Dumbledore and the only known maker of the Sorcerer’s Stone. The famed alchemist is most well known for creating the Elixir of Life, but his role in the upcoming film has remained a bit of a mystery. Thankfully, Entertainment Weekly has revealed five exclusive images which give a sneak peek into Flamel’s home.

As could be expected of a man who’s been alive for hundreds of years, Flamel’s home is a bit of an organized mess. Four of the five images show lots of mismatched and interestingly shaped vials, alongside books, ingredients, and instruments. There are also a couple of comfy dusty chairs and what looks to be Newt’s case open on the floor. 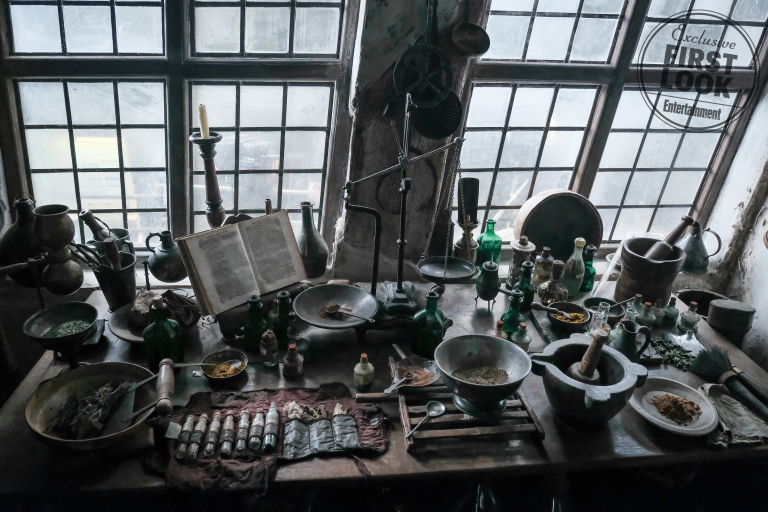 This set photo shows a workstation full of ingredients and magical instruments. 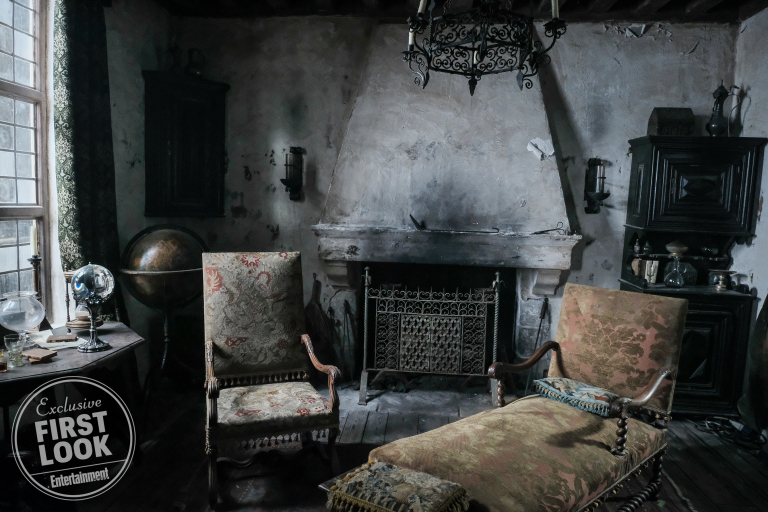 We wonder how many famous wizards and witches have set foot in Flamel’s workshop. 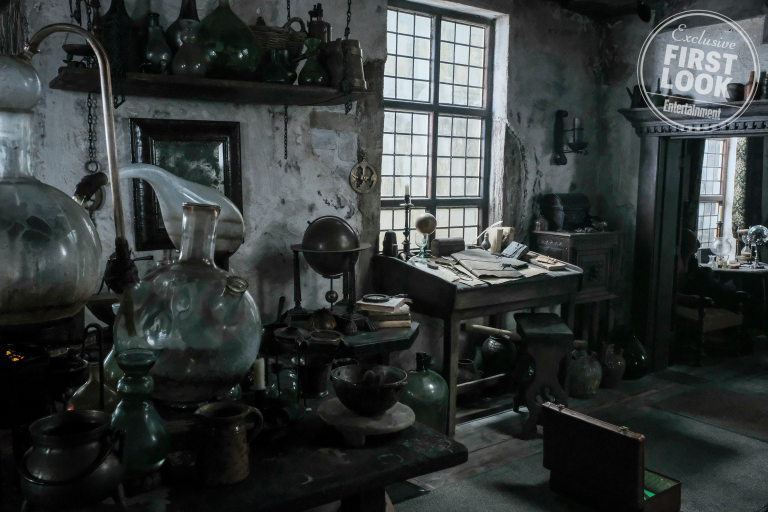 For someone who has been alive for hundreds of years, Flamel’s home appears to be something of an organized mess. 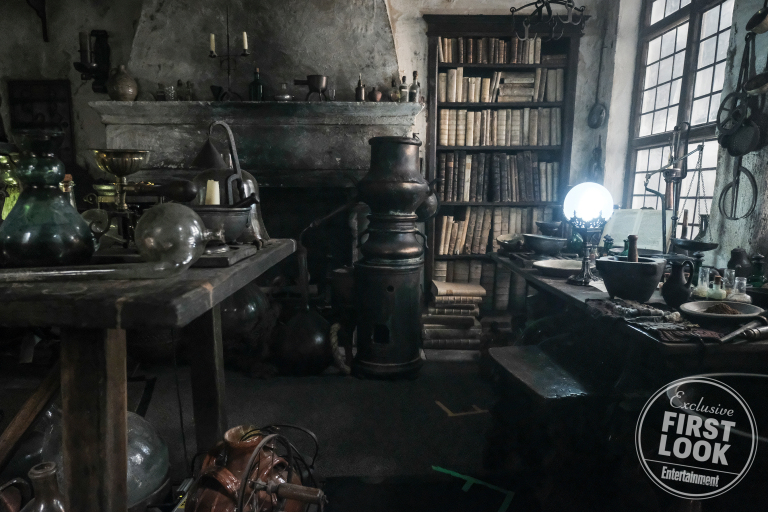 The full extent of Flamel’s role in “Crimes of Grindelwald” is not yet known.

The most revealing image is that of the Sorcerer’s Stone, which appears to be in a safe along with a manuscript, a book, and a goblet. Is this safe holding the secrets of Flamel’s lifelong work? 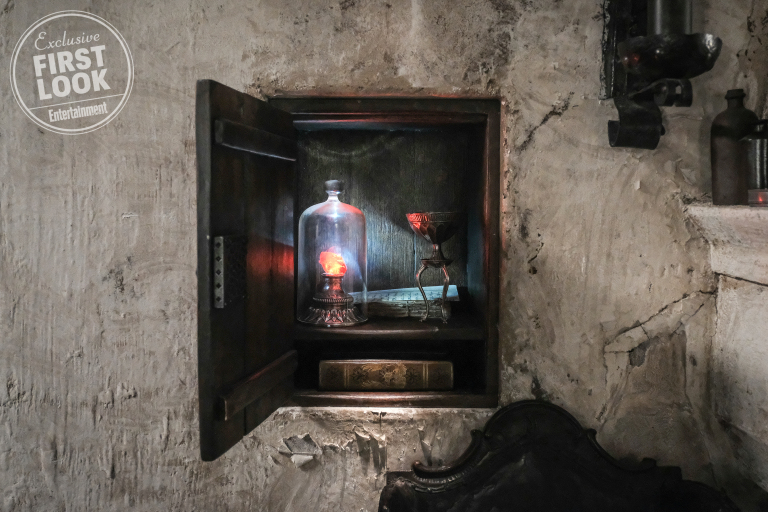 All will be revealed in November when Fantastic Beasts: The Crimes of Grindelwald hits theaters. Until then, speculate with us in the comments below!