This week, we see a lot of action with our Harry Potter and Fantastic Beasts stars! From spies to Starforce militia, from murders to solve to crime lords to be put away, our cast members are tackling all the thrills and chills. Buckle up, folks, because it’s time to Castium Revelio!

Previously released in Australia as Strangers, Katie Leung's (Cho Chang) latest drama is being retitled for its debut on Amazon Video on February 8. White Dragon tells the story of professor Jonah Mulray, who, after his wife is killed in Hong Kong, must unravel the mystery of her death. Katie portrays a character named Lau Chen, and she gave a brief interview last March about her filming experiences and her character, which you can see below.

Katie also shared a film poster from White Dragon with her Instagram followers this week, promoting the debut.

As the February 8 debut date for Sir Kenneth Branagh's (Gilderoy Lockhart) All Is True comes ever closer, we've been given a look behind the scenes thanks to a new featurette that was released this week. Branagh opens up the featurette, telling viewers the circumstances in which we find the famous William Shakespeare at the time the film takes place. Take a look here!

A few media outlets have reported this week that they finally know who it is that Bill Nighy (Rufus Scrimgeour) will be portraying in the upcoming live-action Detective Pikachu film set to appear in theaters this May. As far as we can tell, Nighy's role in the film is still a big question mark, as no one has been able to point to real evidence of his character. At this time, rumor has it that Nighy is set to play the human villain of the film, but nothing yet supports this except the claim that a "source" close to We Got This Covered has revealed that he will play the mayor of the city and the creator of Mewtwo, the film's secret antagonist. We'll keep an eye on this one and report any updates that are revealed in the coming months, but for now, we're still considering this speculation rather than fact.

Gary Oldman (Sirius Black) has joined The Courier as a ruthless villain. We've seen him as both a villain and a hero, and we know Oldman can handle any role he tackles, so we are excited to see Oldman don the mantle of a crime lord. Filming for The Courier is slated to begin next month in London, and Oldman will star opposite Magic City star Olgy Kurylenko. The film is set for an unspecified 2020 release date. Below is a very brief summary courtesy of the Hollywood Reporter.

Set against a gritty London backdrop, the plot sees Kurylenko play a courier whose daily deliveries are interrupted when she discovers that her latest package is a gas bomb aimed to kill the only living witness on the edge of testifying against a ruthless crime lord, played by Oldman.

It's been some time since we've seen Rhys Ifans (Xenophilius Lovegood), but he remains a true chameleon in the acting world. As so often happens with a cast this large, it is common for a project containing one Potter actor to ultimately cast more. We previously reported on Ralph Fiennes (Lord Voldemort) being cast in the film Official Secrets but failed to realize that Ifans had also been cast.

The true story of a British whistleblower who leaked information to the press about an illegal NSA spy operation designed to push the UN Security Council into sanctioning the 2003 invasion of Iraq.

In Official Secrets, Ifans will play Ed Vulliamy, a British journalist and writer, while Fiennes will portray Ben Emmerson, a British lawyer specializing in human rights law, public international law, and international criminal law. Official Secrets is set to be released this month at Sundance. MuggleNet will be covering many films at Sundance, so make sure to check back with us after the film festival for all the latest coverage of the annual event!

Jude Law (Albus Dumbledore) and Gemma Chan (Madam Ya Zhou) have their own Captain Marvel character posters! The posters still don't tell us anything more about Law's character in Captain Marvel, but they're really cool looking, so we had to share. Check them out! 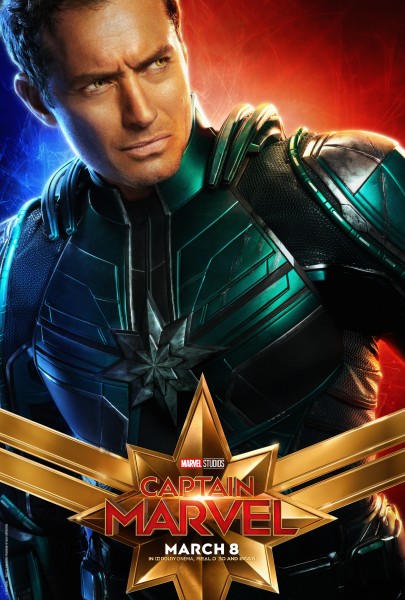 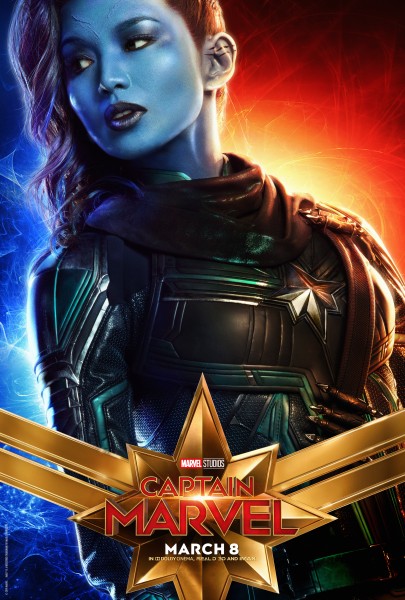 If you aren't on Netflix, then you've probably missed this gem. Anthony Boyle, who has won American and UK audiences over as Scorpius Malfoy in Harry Potter and the Cursed Child, appeared in a television series in the UK called Derry Girls. This series has finally made its way stateside, and while he only appears as David Donnelly in two episodes, his involvement is enough to have us adding the series to our Netflix queue. Check out the trailer for Derry Girls, and then read what Anthony had to say about his time on the series!

In an interview with Irish news outlet JOE in 2018, just as Cursed Child was hitting New York City, Anthony talked about how much he enjoyed his role on Derry Girls:

It was sick. My friend, the director, messaged me and said 'yo, I’ve got this script "Derry Girls" and it’s f***in’ gas.' So I read it and was like, 'Yeah, f*** it.' They were filming in Belfast so I was in the gaff. Nothing too strenuous, like. I just fell in love with each of those girls, they’re an absolute laugh. They’re just piss funny.

That wraps this week’s Casting News. Check back with us next week as we dive deep into projects involving Jany Temime, Dan Fogler, and Robert Pattinson!