In this week’s Casting News, we are treated to a number of saints and sinners and all manner of people in between. Not to mention, a certain ginger started his own YouTube channel, and we love it (and him) so much! Castium Revelio!

Chris Rankin (Percy Weasley), one of the nicest cast members from the franchise you may have the opportunity to converse with if you get a chance, pushed his new channel live this week. If you didn’t know about it, now you do, and you should Apparate immediately to YouTube and subscribe to his channel, That Ginger Bloke. Check out his amusing Ask Me Anything from a few days ago!

Filming has reportedly wrapped on the Downton Abbey film, which we can expect to see in theaters later this year, but Dame Maggie Smith (Minerva McGonagall) is not content to call it a day. Announced earlier this week was Smith's return to the stage in A German Life, in which she will portray Brunhilde Pomsel, the secretary to Nazi propagandist Joseph Goebbels. This role will mark Smith's first time back to the stage in 12 years, something many Harry Potter fans never thought to see. Previews for A German Life will begin at the Bridge Theatre on April 6 with a limited five-week run starting on April 12. To learn more about the production and to purchase tickets, visit the website.

A premiere date has been set for the David Tennant (Barty Crouch, Jr.) series Good Omens, and another famous face has also been added to the cast roster! During the Television Critics Association events held last week, it was announced that the series would debut on May 31 on Amazon Prime. The opening credits for the show were also revealed, along with the addition of Benedict Cumberbatch to the cast! Granted, Cumberbatch will only be voicing the character of Satan on the series, as the character will be animated, but we'll still take it. For those who haven't been following along, the series also stars another Potter alum, Miranda Richardson (Rita Skeeter), who will be playing Madame Tracy, the owner of the Painted Jezebel. We can't wait to see how this six-part series plays out this coming May!

Paddington Bear is coming to television! The David Heyman–produced film series has been so popular that the delightful bear is now headed to the smaller screen, and it will include at least one of the original cast members from the films. The computer-generated animated television series will be produced for preschool-aged children, with Ben Whishaw returning to voice the iconic bear. While this series is considered a prequel to the Paddington films, as the series will join a younger Paddington as he writes letters to Aunt Lucy from Windsor Gardens, fans of the film series have nothing to fear. The third film in the series is still a go and currently under development.

BBC America released a short teaser trailer for Season 2 of Killing Eve this week, which stars Fiona Shaw (Petunia Dursley). While we are anxiously awaiting the return of the series, whet your appetite with this!

For whatever reason, Bill Nighy's (Rufus Scrimgeour) role in Detective Pikachu is a really closely guarded secret. We're not sure if this means he's a true baddie or he will end up saving the whole world, but either way, a new television spot for the film was released this week. The teaser does absolutely nothing to clear up Nighy's part in the film, but it's here for you to enjoy anyway:

Jude Law (Albus Dumbledore) is still hard at work on The New Pope, the follow-up series to The Young Pope, and here are the pictures to prove it. Photos surfaced this week showing Law in his papal robes on set in Milan as he once again plays the role of Lenny Belardo, who became Pope Pius XIII, the Archbishop of New York. Take a look! 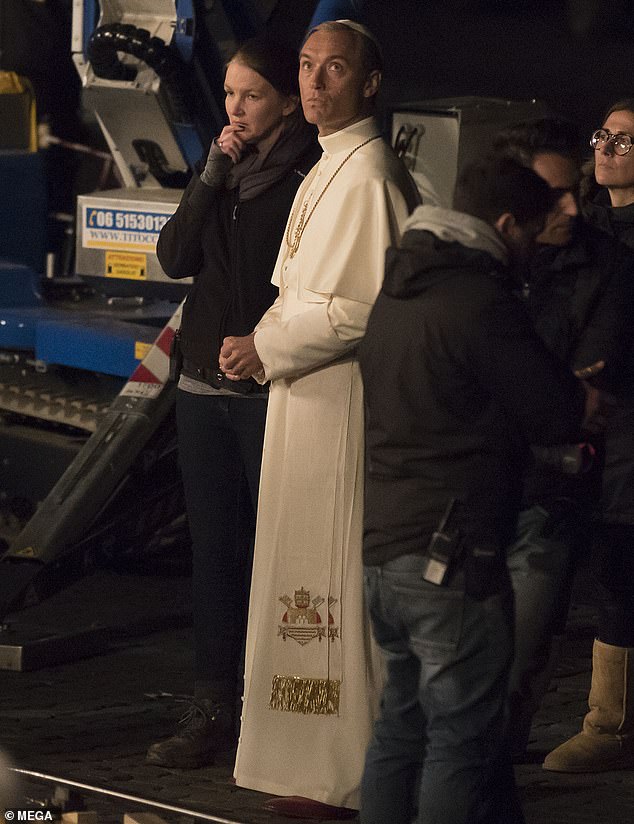 Jude Law on set of “The New Pope” 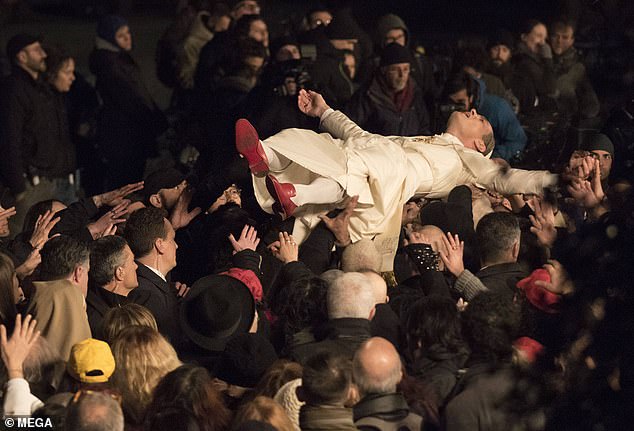 Jude Law filming a scene for “The New Pope”

As if you didn't already have a headache from attempting to figure out who the heck Law is portraying in the upcoming Captain Marvel film, yet another merchandise reveal this week seems to have added more to the puzzle. A tie-in book called Starforce on the Rise by Steve Behling has seemingly confirmed Law's character as Yon-Rogg. With all of the conflicting information out there, we're just not convinced until we have the book in our hands and have read it for ourselves.

A new trailer for Captain Marvel was also released this week, titled "Don't Trust Skrulls." Watch it below!

Law also took the opportunity to talk about his character in an interview that was published this week by ScreenRant after its visit to the set of Captain Marvel. The info he provided was much the same as we already knew, but he did provide insight as to what drives his character.

Colin Farrell (Percival Graves) is set to star in a new drama for BBC Two, called The North Water. The four-part series will feature Farrell as Henry Drax and is an adaptation of the novel of the same name. Check out a brief plot summary below.

The North Water is set in the UK and the ice floes of the Arctic in the late 1850s and tells the story of Patrick Sumner, a disgraced ex-army surgeon who signs up as ship’s doctor on a whaling expedition to the Arctic. On board he meets Henry Drax (Farrell), the harpooner, a brutish killer whose amorality has been shaped to fit the harshness of his world. Hoping to escape the horrors of his past, Sumner finds himself on an ill-fated journey with a murderous psychopath. In search of redemption, his story becomes a harsh struggle for survival in the Arctic wasteland.

The Walking Dead stars two Fantastic Beasts actors, Dan Fogler (Jacob Kowalski) and Samantha Morton (Mary Lou Barebone), and this week, the reveal of Morton as the Alpha was finally a real thing! The official show accounts started advertising the reveal of the leader of the Whisperers earlier in the week, giving us our first de-zombified look at the actress in her new role. Take a quick look!

Tomorrow, meet the woman before she became Alpha! #TWD

In a preview of the episode "Omega," released on Friday, Alpha doesn't mess around, but the actress under the zombie skin says her character isn't the villain everyone thinks she is.

Morton also has another project out soon, Two for Joy. A trailer was released this week for the indie film that follows a family in mourning after their father's death.

'Two for Joy' follows Aisha (Samantha Morton), a mother grieving the recent death of her husband. Her two young kids are also grieving – or trying to, but their mum's mental state barely allows them room to breathe. She's too lost in her own depression, buried beneath unwashed sheets, all tangled hair and pasty skin. Her daughter, Vi (Emilia Jones), feeling the strain of caring for her mum, suggests a weekend trip to their dad's old caravan on the coast. Upon arrival, two storms converge as they meet another fractured family with an absent father.

The film will be available for digital download on February 25. You can watch Morton in the trailer below.

That concludes this week’s roundup of entertaining projects. Join us again next week as we explore all our cast and crew have to offer in the coming months, and don’t forget to send us your Casting News tips! You can reach us through the “Contact Us” page, and you may even see your name show up in the next article!