Can Someone Please Explain the House Point System?

Seriously, what is up with the House point system at Hogwarts? It is a question that has bugged me for ages, but after my most recent reread, I am noticing how wildly different the award system truly is between the professors. I understand how the system works, and I even quite like the idea behind it, but when you take a deep look into how points are given out, it really raises some questions. Specifically, is there a standardized system of giving out points, or is it left up to each professor in a “to each their own” system? 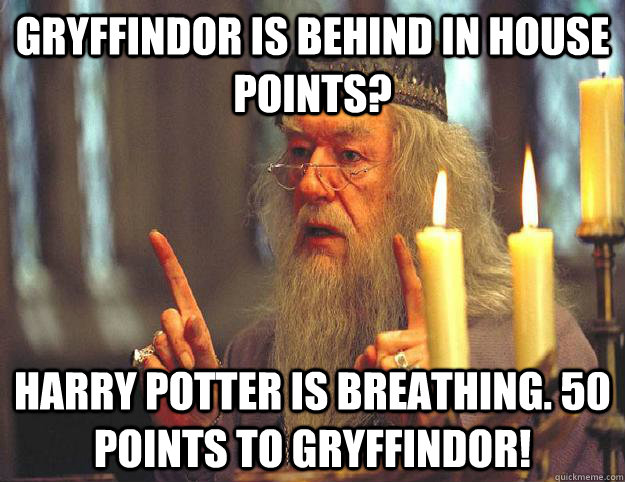 I think one of the best examples of point disparity comes from Harry Potter and the Sorcerer’s Stone. Early on in the novel, Hermione Granger’s supposed troll hunting results in Professor McGonagall deducting five points from Gryffindor before awarding ten points total to Harry Potter and Ron Weasley for helping save Hermione. Ultimately, Gryffindor nets a gain of five points for three 11-year-old students fighting and beating a fully grown mountain troll. In comparison, Neville Longbottom is awarded ten points for his bravery at the end of the novel. This means that, according to the points, Neville’s actions are worth more than Harry’s and Ron’s actions. In fact, not just more but twice as much. Now, I’m all for Neville getting his well-deserved attention, but it’s hard to see how Neville standing up to the trio is worth more than defeating a troll and saving a friend’s life.

In addition, Hermione only loses five points for going off and battling the troll, and yet McGonagall later takes away 50 points for her wandering around the castle at night. Just like before, I find it quite difficult to believe that the points accurately represent the severity of the situation. Furthermore, Harry, Hermione, and Neville each lose 50 points for being out late, yet Draco Malfoy loses 20 points. In this case, I could understand the point difference if she had deducted 50 points from Harry and Hermione because she thought they had played a mean prank on Draco and Neville, but she also takes 50 points from Neville and gives all four students detention. 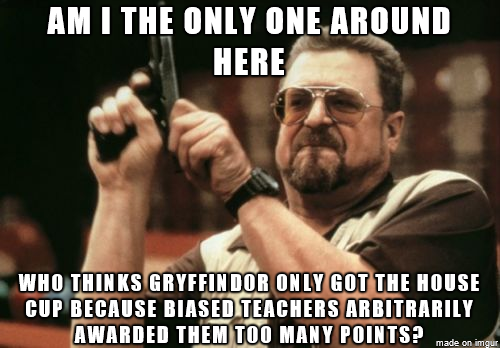 Now, this inconsistency is not exclusive to Sorcerer’s Stone, of course, and it often includes a large amount of bias. For example, throughout Harry’s six years at Hogwarts, Professor Snape frequently deducts points from Gryffindor House for Harry just being alive. Then in Harry Potter and the Order of the Phoenix, Professor Umbridge took numerous points from Gryffindor any time Hermione asked a question or Harry spoke about Lord Voldemort. Plus, if you thought Dumbledore awarding Harry 60 points for saving the Sorcerer’s Stone was a lot, then you’re forgetting the next year when he gives Harry and Ron a total of 200 points when they saved Ginny Weasley. However, at least in that situation, the points mostly correlate to the actions. Saving a human being is certainly worth more than saving a gem – even if it is a really powerful one.

To me, this suggests that there is no policy on how points are distributed or taken. If this is the case, the point system is not as representative as it should be. Now, I am not suggesting that all the professors have some laminated sheet hung up in their office like the pricing on an ice cream truck; however, there should be a way to standardize the awarding of points a bit more. As McGonagall points out in Sorcerer’s Stone, the point system is meant to reward students for good deeds and punish them for bad ones. The system will ultimately break down if students begin to feel that the system doesn’t accurately reflect their actions. Once that occurs, a division would likely form, owing to the fact that students who feel less represented will eventually lose interest in attaining the House Cup and – by extension – lose interest in completing actions that would otherwise win them points.

There may not be a perfect solution, but there definitely seems to be a breakdown in effective operation. Do you think it is a broken system, or is it fine the way it is? Let us know if you think you have a way to solve it!