Review and Giveaway: Win a Copy of Jessie Cave’s “Sunrise” with a Postcard Set!

The Harry Potter and the Sorcerer’s Stone movie was released when I was 11 years old, meaning many of the actors in the movies were a similar age as I was. One of the best things about this has been having many incredible role models who were at a similar stage of life as I was. Out of all of the Potter cast members, the actor I have felt I can most relate to over the last five years has been Jessie Cave.

Jessie was just starting her journey into parenting at the same time as I was, we both had boys within a few months of each other, and then later, we both had a baby girl at a similar time. I have watched Jessie’s parenting journey through the eyes of her incredibly honest and witty Instagram posts, often grateful that she was willing to share realistic aspects of parenting and not just the rose-tinted Instagram version. I have followed closely as Jessie openly battled with anxiety at the same time as I did. I will be forever grateful for her hilarious but heartbreakingly truthful accounts of anxiety that she has shared with us through her Doodles and interviews. In fact, I have often referred to Jessie as my “internal monologue” as she often voices the very thing I have been thinking but have not been bold enough to say!

I was lucky enough to meet Jessie briefly at the MuggleNet Live! Expo Patronum convention in 2015. After introducing myself, congratulating her on the birth of her baby boy, and sharing with her that I also had a son, she asked me (a complete stranger) about breastfeeding and expressing. I was taken aback but equally overwhelmed with her openness and kindness to share her personal story with someone she had just met. This complete openness is why I love Jessie’s comedy and why I was so excited to have been able to book tickets to her Sunrise show when she announced she was touring. 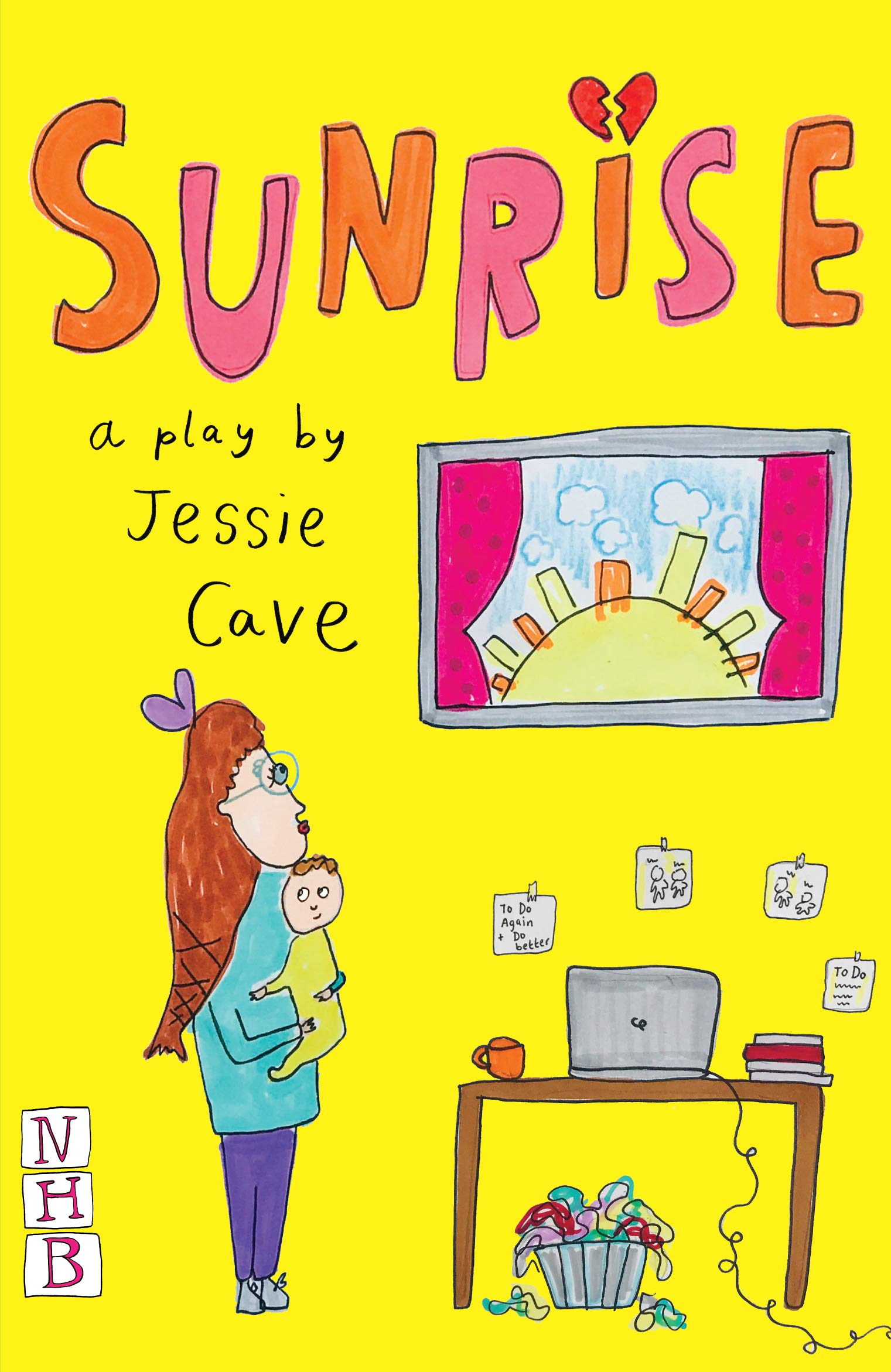 Book cover for “Sunrise”, a play by Jessie Cave 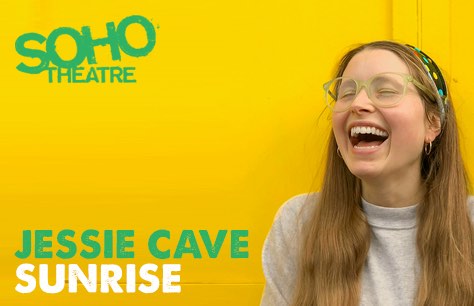 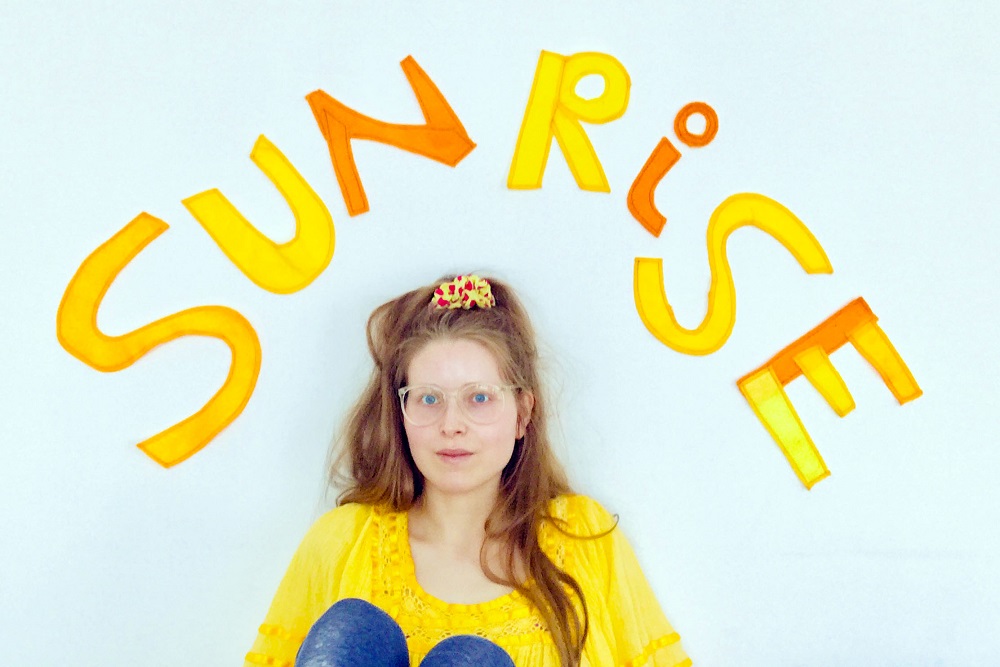 I was really excited to head out to the show; I had received the Sunrise book as a gift for Christmas and spent almost three months exercising my usually non-existent willpower so as not to open the book and spoil the show! I wanted the first time I heard the stories from the show to be from Jessie herself. The venue of the show in Newcastle was very small and intimate; the stage could have been no bigger than Jessie’s famous “cage bed”! We grabbed a seat at the front and eagerly waited for the show to start.

Over the next 60 minutes, Jessie took every single person in the audience on an emotional roller coaster. In sync, we laughed – a lot. We held our breath, we were shocked, we cried, and we were captivated as we listened to a brutally honest story from an incredible storyteller. Not a single person in the audience spoke or even moved for the entire hour. Jessie’s story was hilariously told; we laughed almost solidly for the whole hour. No area of her life was off limits, and it was refreshing. We cried tears of laughter as she divulged deeply personal stories of her break-up with her children’s father, mum guilt, dating and sex as a parent and after a heartbreaking break-up, and Harry Potter conventions! Simultaneously, her story was so raw, powerful, and emotive that even Jessie herself was moved to the verge of tears at times.

Although Sunrise is scripted and has been published as a book, Jessie worked with and reacted to the crowd, so we didn’t feel like we had been to see a play – we truly felt like we had just watched an hour of stand-up conversation. Jessie had a way of speaking personally to every single individual in the room, of engaging with everyone from the (tiny) stage, so that every single person left the show feeling like they had just sat and had an hour-long heart-to-heart with an old friend. I truly recommend that everyone tries to see the show or read the script!

Just whatever you do, don’t ask Jessie what her favorite spell is! Now you can enter for a chance win one of three copies of Jessie’s book, Sunrise, plus a set of three postcards! Our contest will be open from March 14 through March 27 at 11:59 p.m. ET, and it is open worldwide for all to enter. Winners will be contacted via email after the contest deadline has passed and will have 24 hours to respond, so it is important that entrants check their spam and junk mail as well in case the notification goes astray.

Don’t wait any longer to experience this wonderful book for yourself! Enter for your chance to win, or head on over and purchase Sunrise today!