We all know that the number of fandoms one can belong to is infinite. The wizarding world is not the be-all and end-all of nerdom. That’s why I was only a tiny bit disappointed when I found out that there wouldn’t be any Potter-related guests this year at Portland’s Wizard World event as there had been in the past few years. Wizard World is known for its variety of guests from many genres and fandoms, and this year, the convention brought fans what I can only describe as the largest Sunnydale reunion since Buffy left the Hellmouth.

Boasting 12 alumni from the iconic series Buffy the Vampire Slayer, which spanned seven television seasons, one spin-off (so far, considering the new series Slayer has yet to actually debut and is mostly rumor at this point), and an additional five seasons explored through a comic series from Dark Horse, the convention this year was a huge draw for me as a loyal Buffy and Angel fan from the very first television episode.

I didn’t get to meet everyone, but it was pretty amazing to meet and speak to Charisma Carpenter and Alyson Hannigan from Buffy and to just walk around the convention and see actors I admire as they go about their day. I caught glimpses of Ray Fischer (Justice League), Jason Mamoa (Aquaman, Game of Thrones), and even a llama just trying to enjoy the convention. Yep, that actually happened. Take a look at the photos. #KeepPortlandWeird 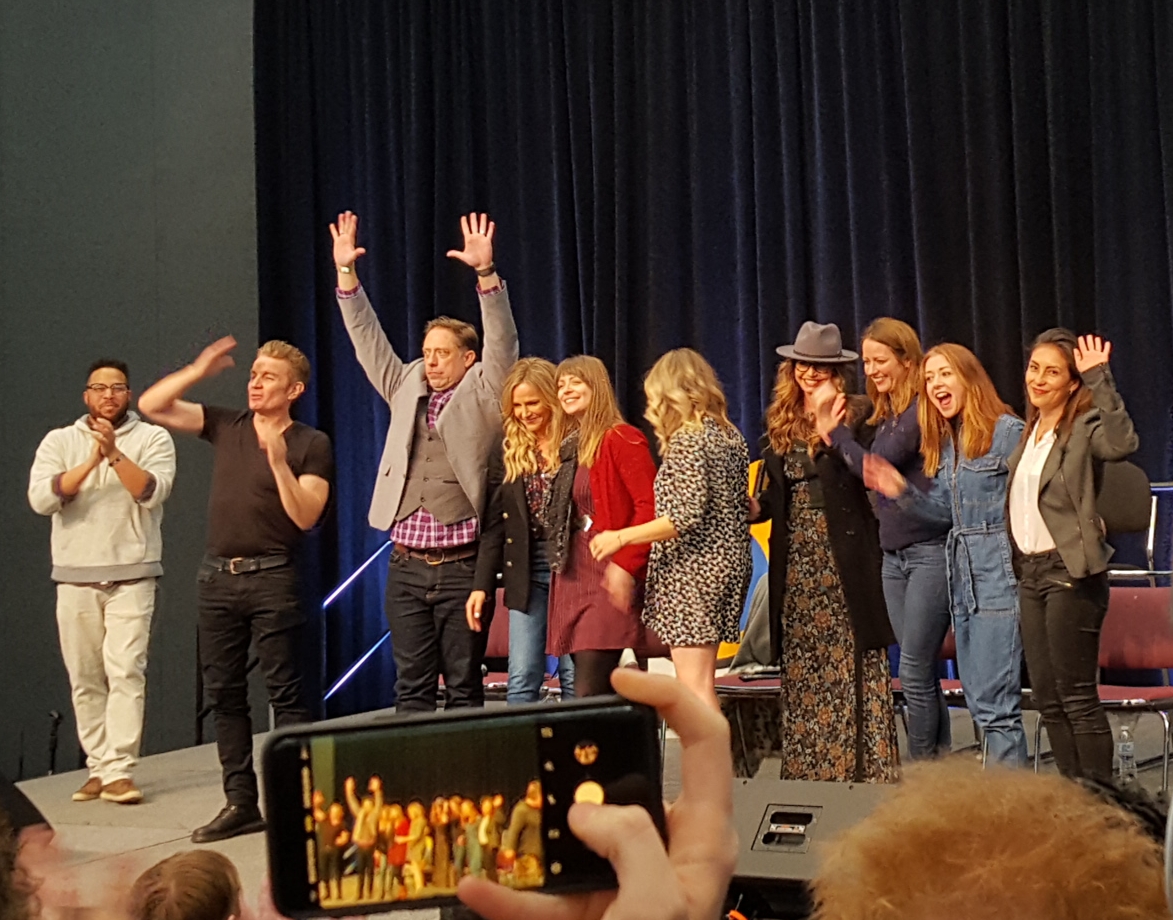 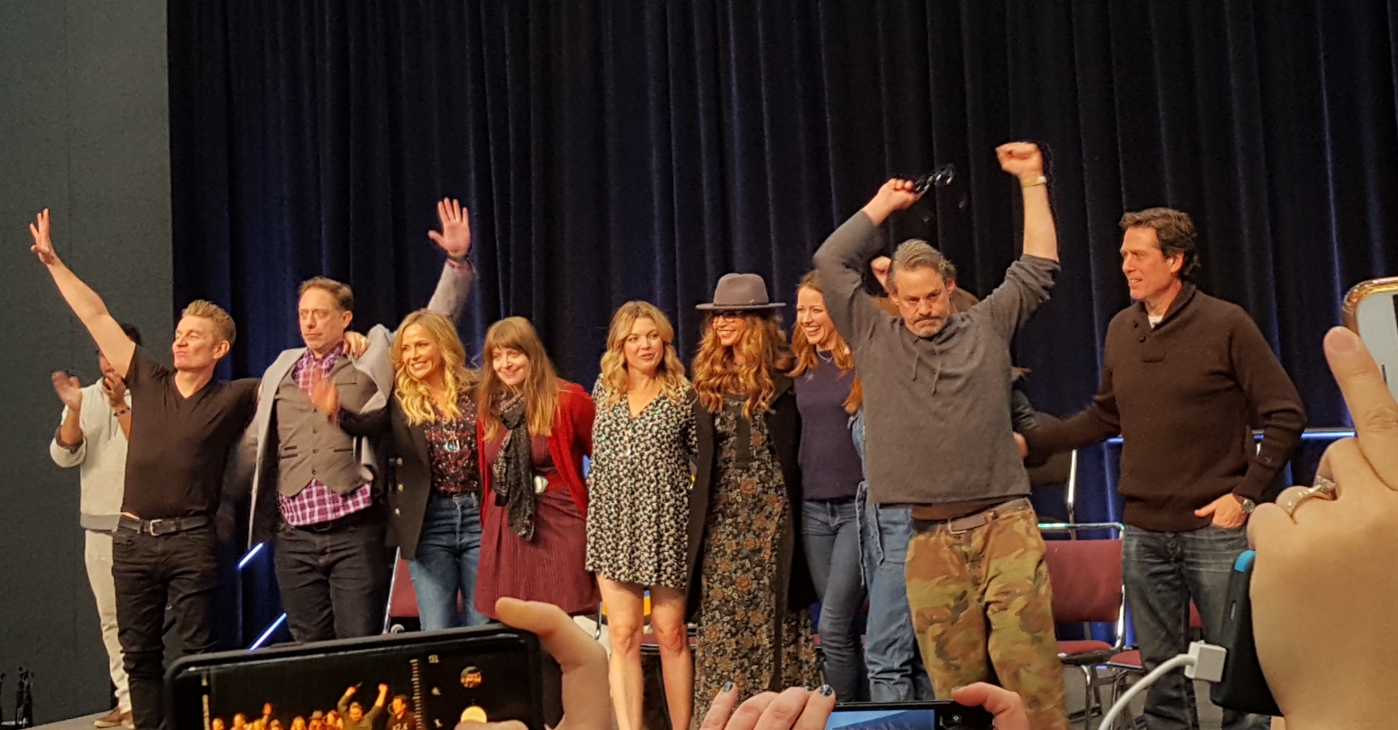 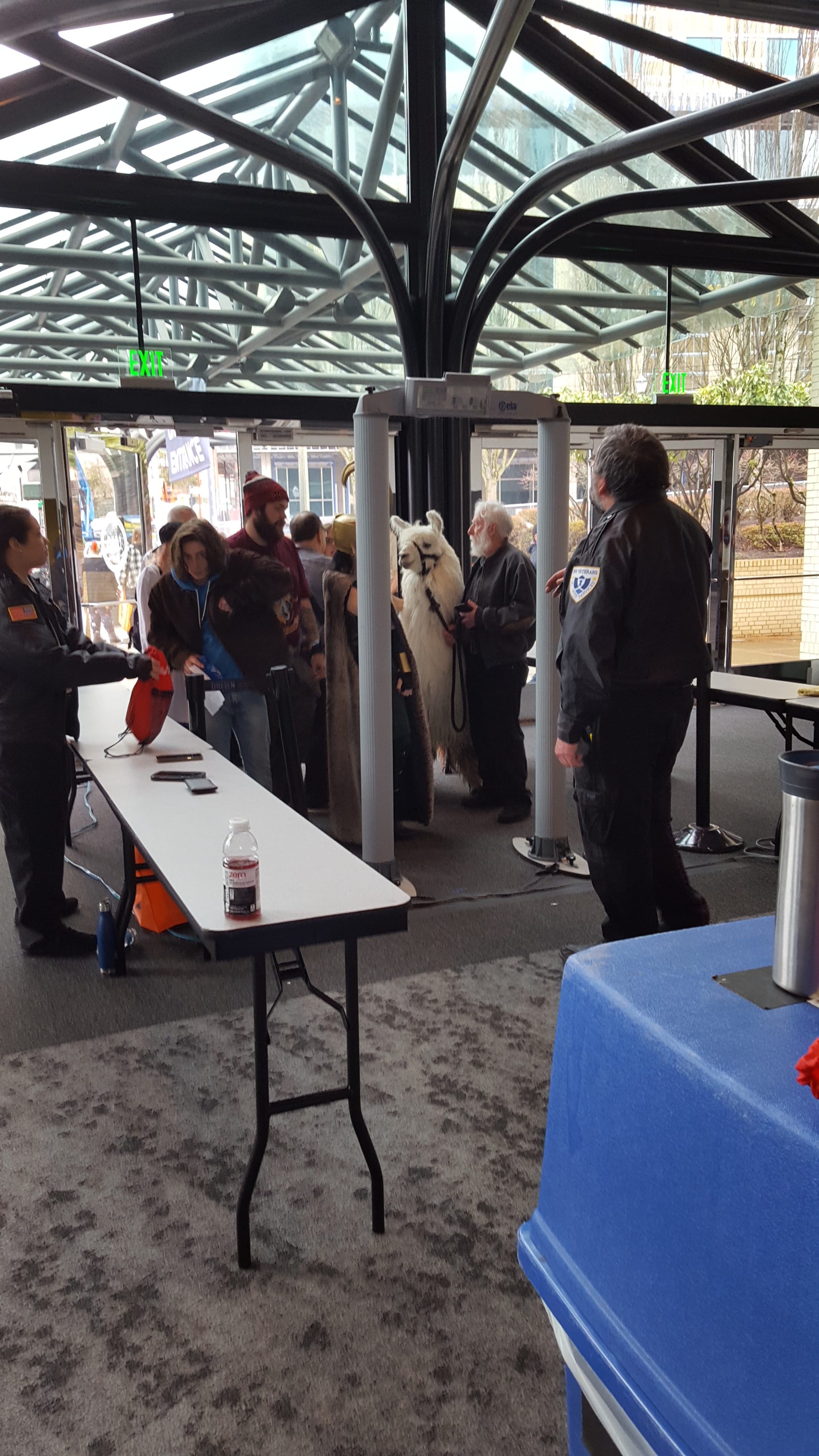 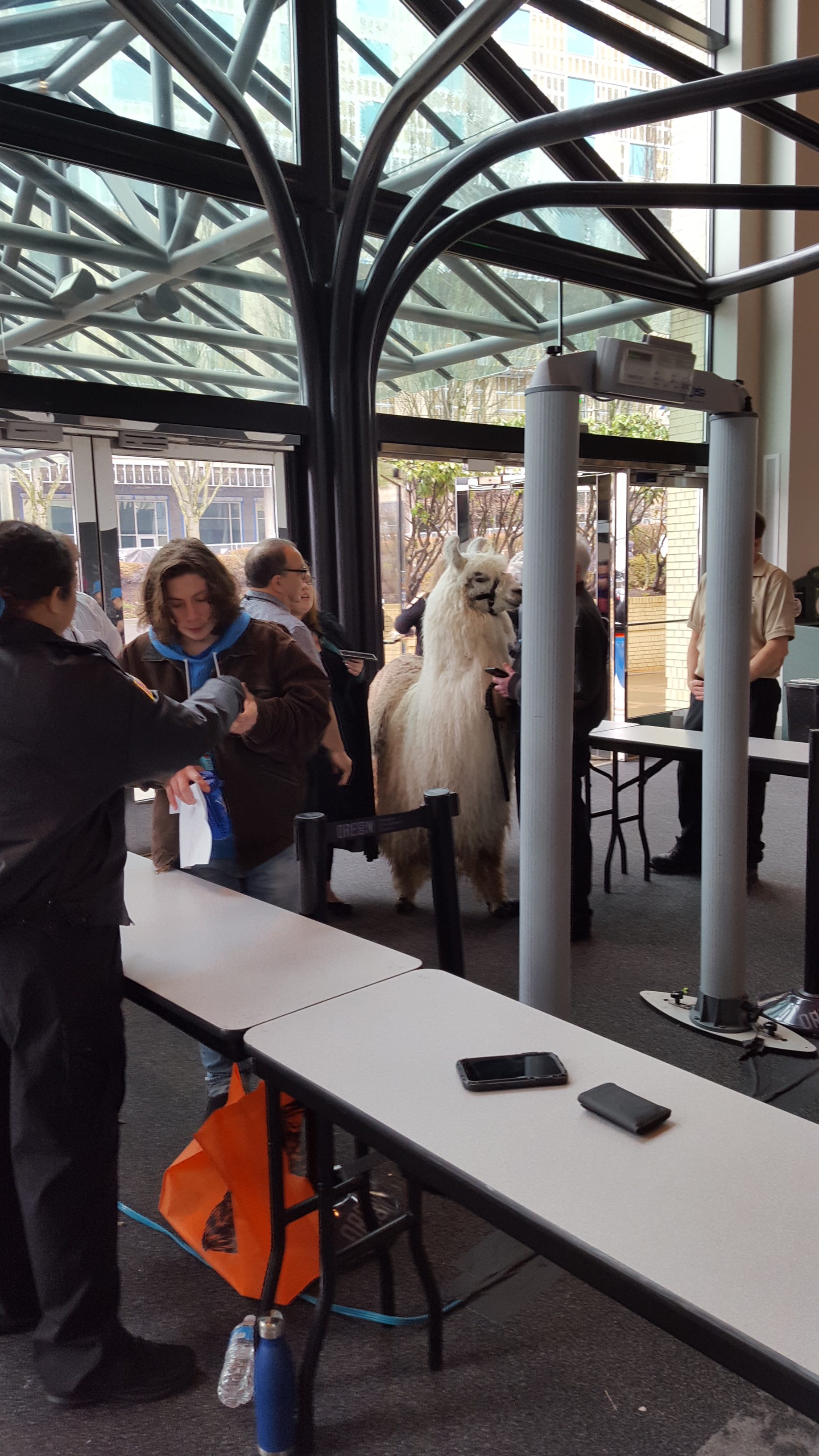 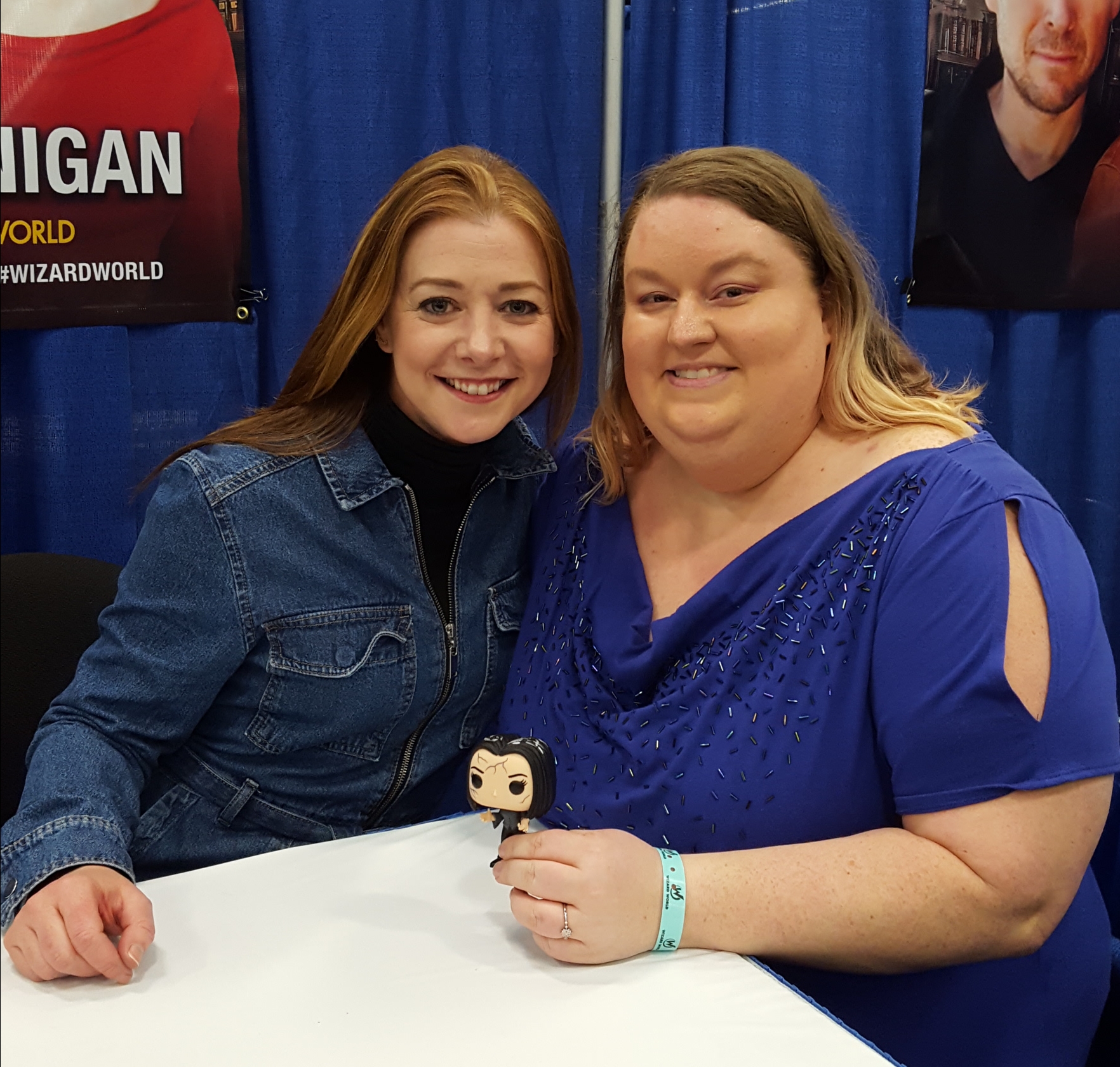 Take a look at what I loved about the Portland con and what I didn’t!

What I Loved - A Buffy Fan's Dream Come True!

The cast also posted a ton of photos on social media that day and the next, which basically set the Whedonverse on fire about getting other Wizard World events to convince the cast to come to conventions in other cities. Check out some of the fun photos below and get your Scooby on!

This guy was always a delight to work with...talk about good work ethics and just damn nice, so good to see you James! 😜💜 #jamesmarsters #buffythevampireslayer #bvs

What I Loathed - Stake Me, Already!

While I loved the opportunity to attend this Buffy/Angel reunion panel and to meet Alyson Hannigan, I was very disappointed in how this convention was run. After last year, I had some clearer expectations about what I was walking into this year, but I had hoped that some of the suggestions that previous attendees had provided to the team as feedback would be taken into consideration to make this year's event more accessible and organized. Unfortunately, this was not the case.

Many conventions like this fail to take into consideration accessibility for all, and this includes those who are physically, visually, and hearing impaired. Fans come in all shapes, sizes, and abilities, and that means that events such as these should be prepared and able to handle accommodating everyone. In the ballroom where the Buffy panel was held, the seating took up four separate rooms. This means that only the VIP, Gold, or Platinum badge holders were allowed in the first section, near the panel guests. There were no monitors, no large screens, nothing to allow anyone who was not in the first five rows to actually see the panel. Additionally, microphones that were placed in each aisle for fan questions meant that people lined up and blocked any view anyone in the second, third, or fourth sections might have had. I was in the second section, where only general admission attendees were allowed, and I could not see anything.

Another major concern was the lack of accountability when it came to how the autograph lines were handled. Again, unless you were a VIP, Gold, or Platinum badge holder, you were not allowed to join any line for any of the in-demand stars, even if you had previously purchased an autograph or selfie or a combo of both. In most conventions, when you purchase an autograph or photo, they provide you with a date and time to come to the booth or a group to come with, which allows for fair access, ease of scheduling, and a more efficient way of serving those who have purchased that fandom moment. This was not the case here. When I purchased my autograph and selfie, my ticket simply said that I had a ticket. There was no date or time listed. The guest schedules were listed three days before the event, and when I showed up based on the guest schedules at 10 a.m. for the signing, I was turned away and told that the line had been capped, only VIP, Gold, and Platinum were allowed in, and to come back in 45 minutes. This happened six times. SIX. TIMES. Finally, at my sixth attempt at 3:15 p.m., I asked the volunteer when the general admission folks were going to get a shot, or if they even would, and I was told that my guest would be there until 6:30 p.m. and if they were not able to get me in before she left, then I could get a refund and not before. The volunteers provided many excuses explaining why this happened: They blamed the lack of volunteer staff, they blamed the celebrity, and they told us that these issues were unavoidable.

I guess what I'll say to that is, I'm out, Wizard World. Other fans might be able to deal with the line-convention, the lack of being able to see the panels, and the blame game year after year. For this fan, I'm done. I hope at some point the powers that be behind this convention juggernaut realize that there is more money to be made when things are more organized, everyone has equity when it comes to accessibility for panels and guests, and the people who run things take a hard look at just how many more fans could and would enjoy taking part in these conventions, if only more thought and care were given to their attendees.

Check back soon to find out what MuggleNet staff member Rebecca thought about the Psychology of Harry Potter panel she attended during Wizard World on Sunday!

Press passes were provided to MuggleNet staff by Wizard World for coverage of this event.