In early June we had the pleasure of taking part in the “Here Be Dragons” scavenger hunt put on by fable & lark at the American Museum of Natural History in New York City. The scavenger hunt was inspired by the Fantastic Beasts movie franchise, and it explored the real-life animals that inspired the mythical creatures in the movies. Sophia and Sophie outside of the American Museum of Natural History before their “Here Be Dragons” scavenger hunt with fable & lark Storied Adventures.

The Natural History Museum is the perfect place for lovers of animals both mythical and real, and we would highly recommend this tour for families, birthday parties, and even adult lovers of Harry Potter. The tour is an especially good way for parents to engage their kids with museum content that might otherwise be overwhelming and confusing.

When we first arrived at the Natural History Museum, Evan Levy from fable & lark met us with our very own version of Newt’s suitcase filled with all the necessary supplies for our scavenger hunt. Inside were mini notebooks for recording our observations, pencils with Fantastic Beasts–inspired sayings, a flashlight for the darker exhibit halls, and a map of the museum. We were also provided with our scavenger hunt packet, which gave detailed instructions on how to get to each exhibit, clues about where to look for our creatures once we got there, and fun facts about different fantastic beasts.

The Deal: You’re a Creature Caller — someone who has the ability to find and protect creatures wherever they may be. Be sure to be back in two hours! You need to return before a rival group called the Creature Catchers catches up with you!

As we searched for beasts throughout our tour, we completed a wide variety of activities in our packet. We answered questions about some beasts, drew pictures of others, searched for our Patronus animal, and looked for friends of Pickett in the North American Woodland. The tour also provides crafts for younger groups, like decorating unicorn horns or creating your own magical creature.

One of our favorite parts of the tour was the world’s largest collection of horse skeletons, which look exactly like Thestrals in the Harry Potter/Fantastic Beasts movies, just without the wings. We also thought the langur, a type of monkey in the Hall of Primates, looked just like a shorter-haired version of a Demiguise. We enjoyed seeing a rare skeleton of a dodo bird, as well as a terrifyingly realistic panorama of Komodo dragons. 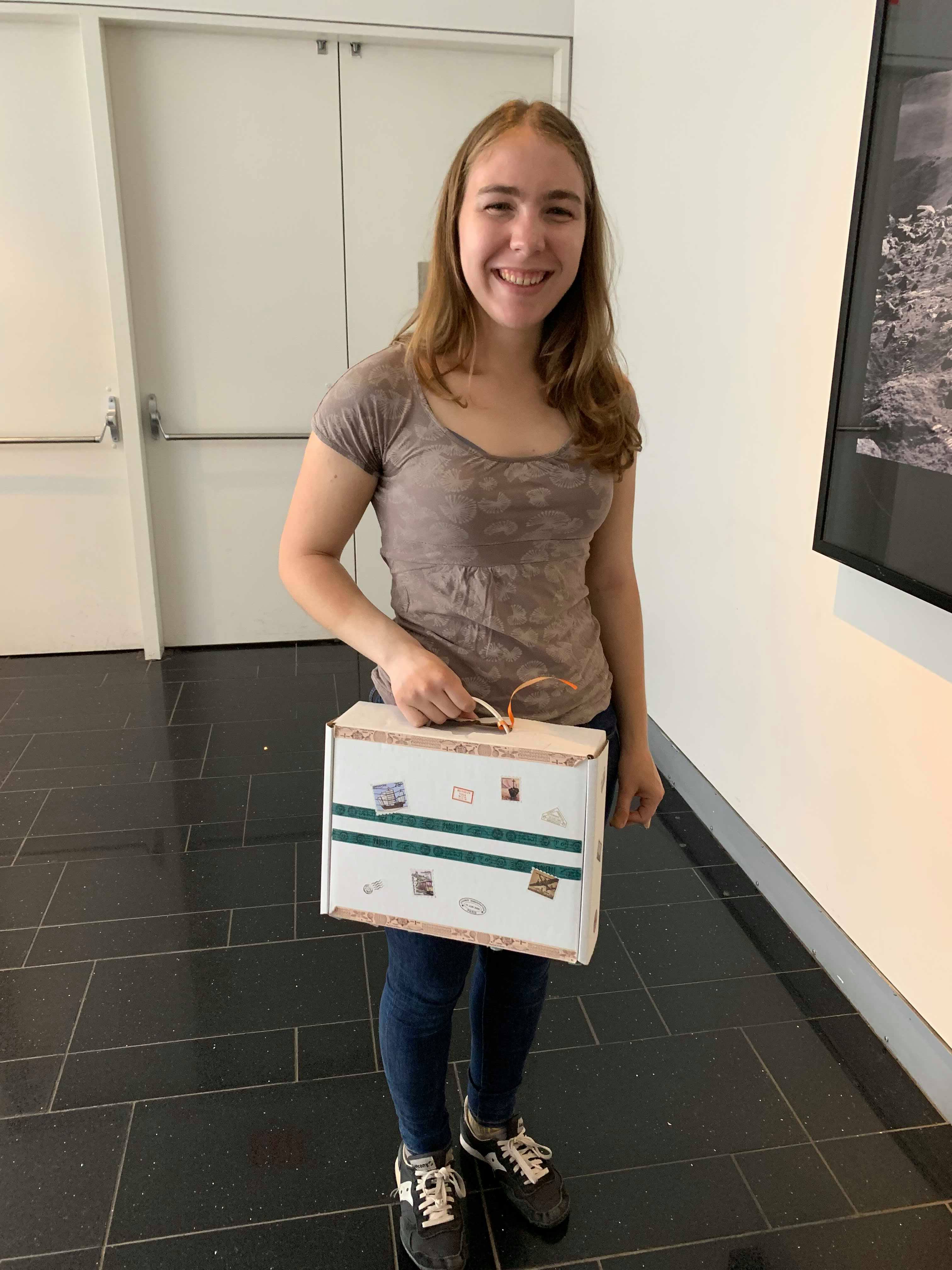 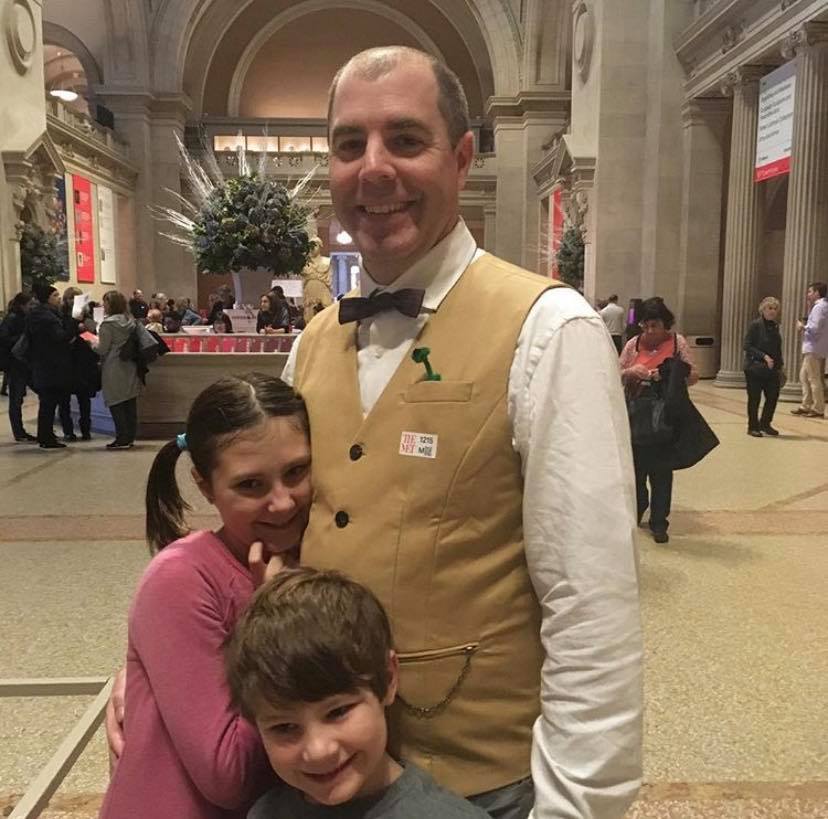 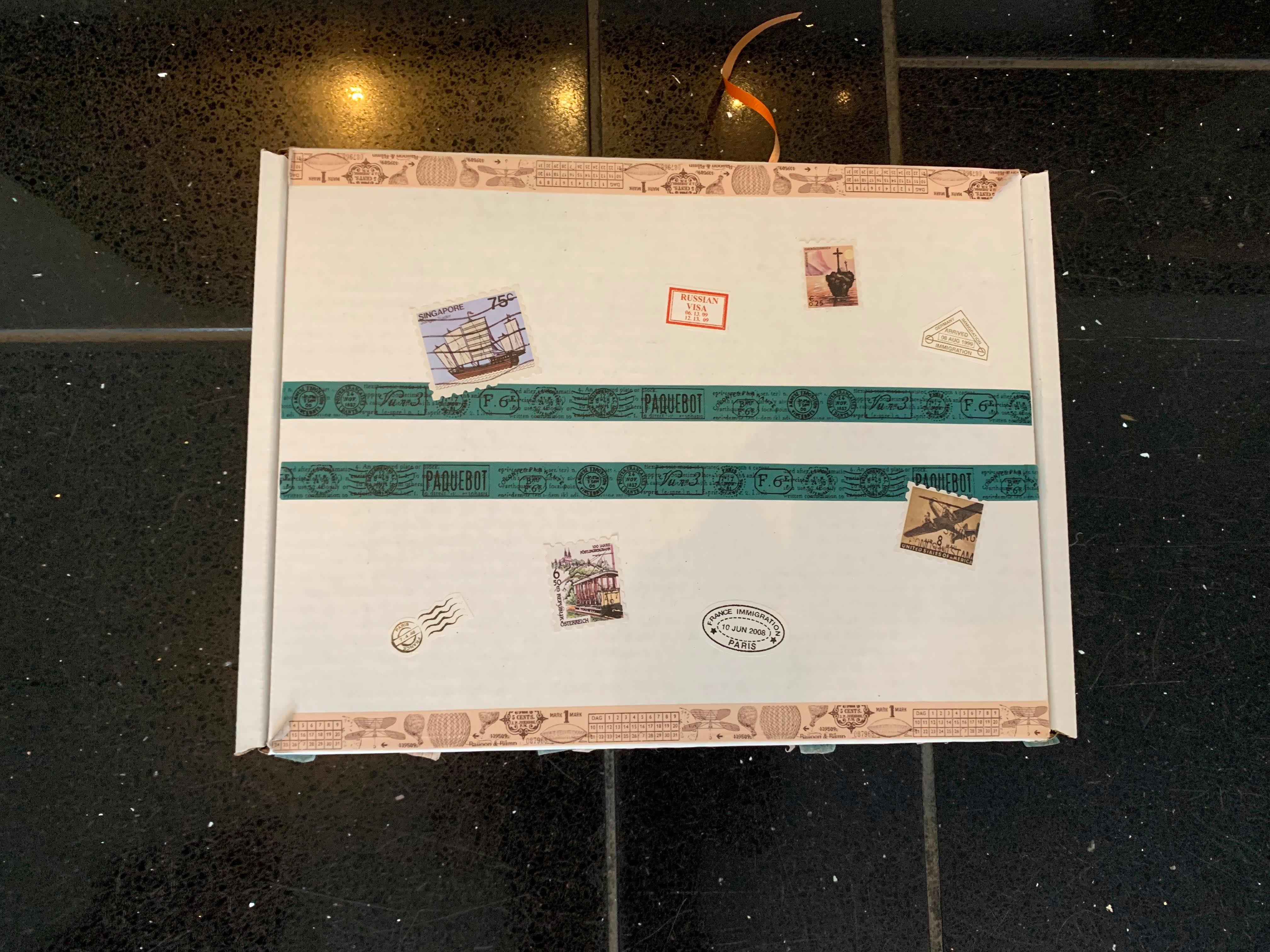 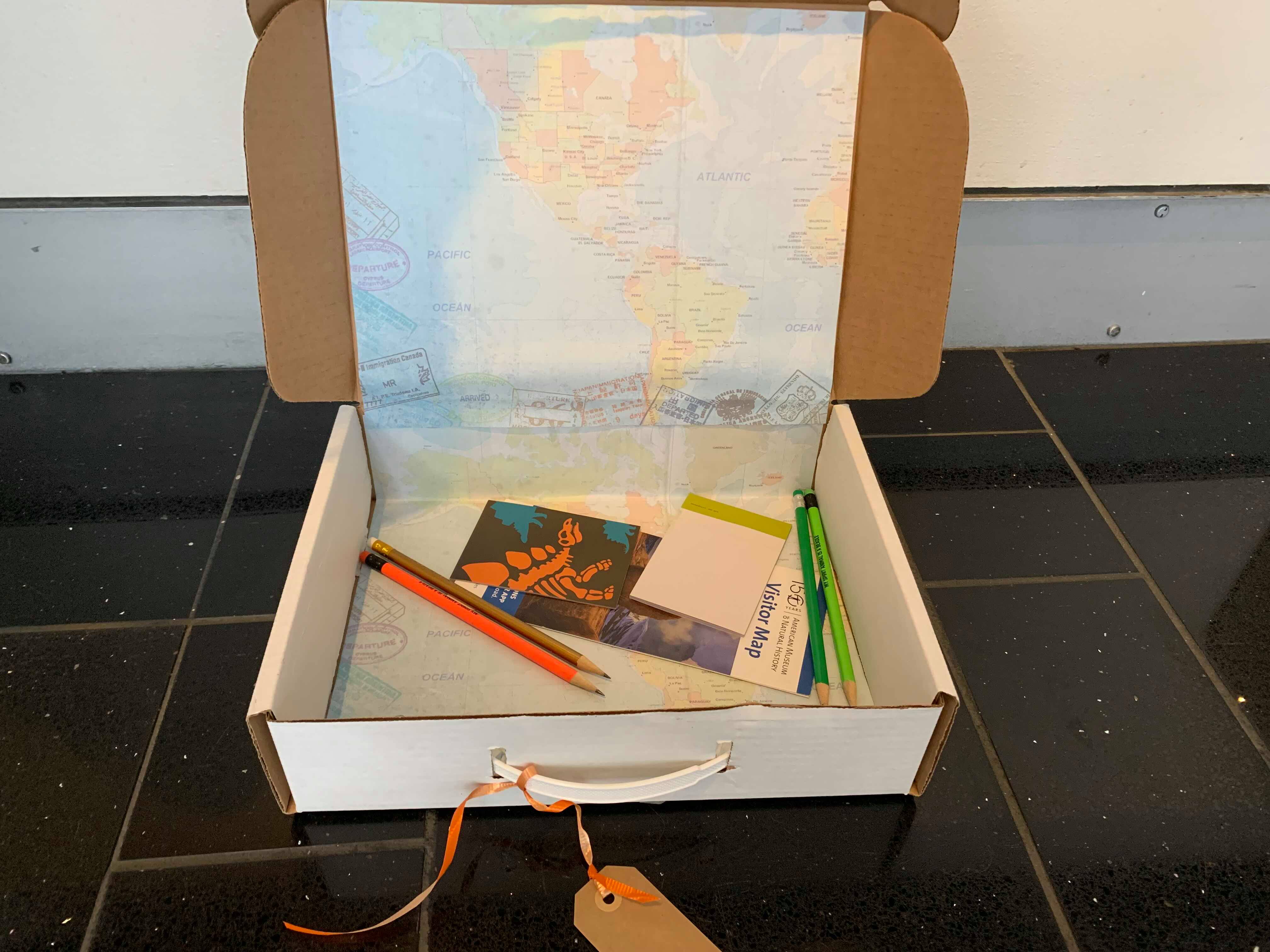 Inside Newt’s case for the scavenger hunt by fable & lark 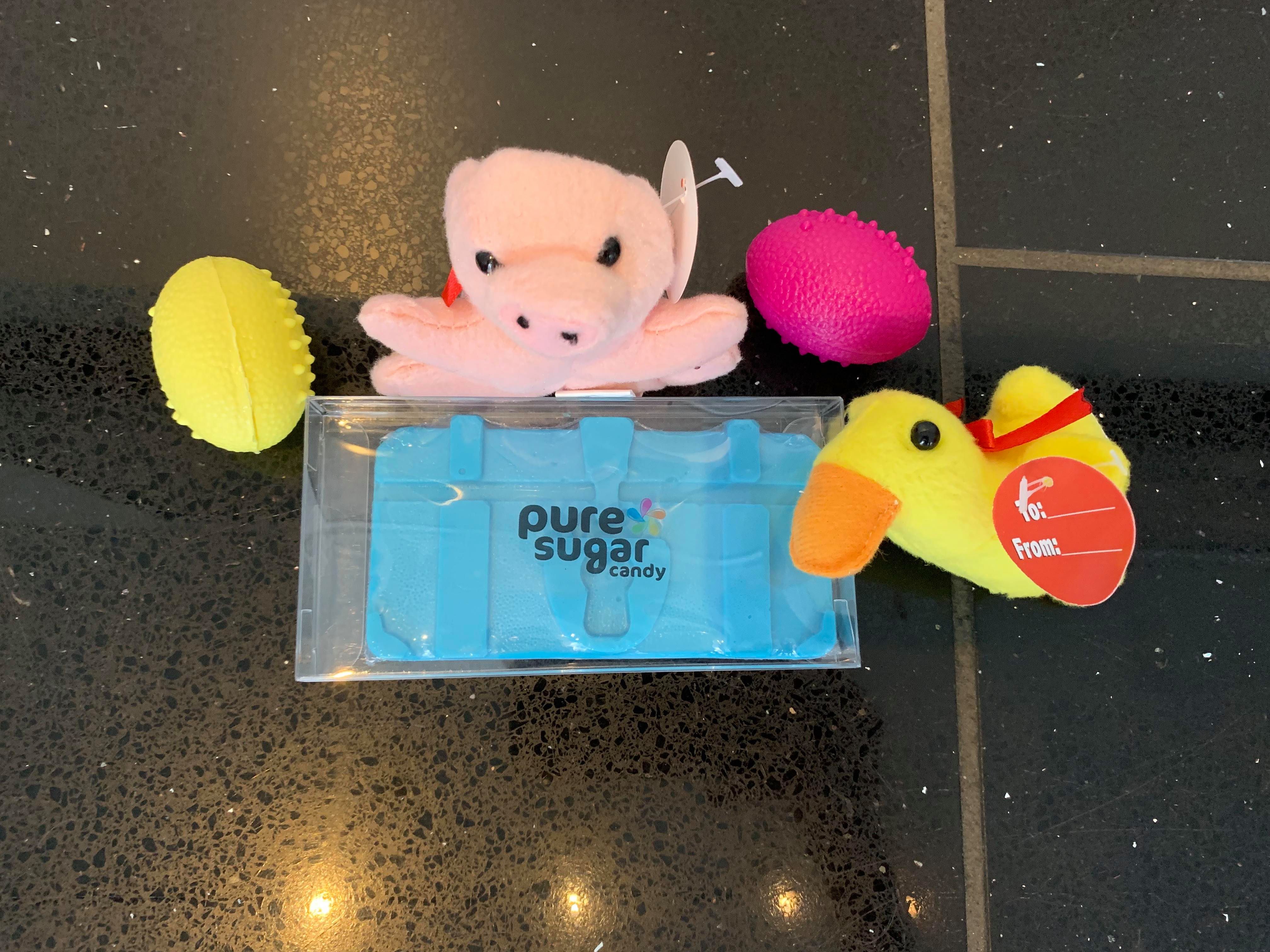 The questions in the hunt don’t build on one another, so families with tired kids can skip ahead without feeling like they’ve missed anything. The tour can be taken at your own pace, but groups of adults usually take about an hour and a half, while families usually take two hours. Large groups can be split up into teams, either as a friendly competition or to stagger the number of people in each part of the museum.

The typical age range for this type of activity is 7+, but fable & lark does have a Harry Potter tour geared more toward 5- to 7-year-olds. This version would be shorter and have activities to constantly keep the little ones busy. Fable & lark is very careful to make the hunt challenging, but not so challenging that it becomes frustrating. This hunt can also be tailored toward adults or families with younger children, depending on the situation.

Fable & lark does its best to make its scavenger hunts accessible to a wide range of ages, abilities, and knowledge levels of Harry Potter/Fantastic Beasts. There is always an elevator option if needed, and the staff is trained to work with children with autism. Some people on the tour are huge Harry Potter fans, while others have not seen all (or any) of the movies or read the books. If you are someone who planned this fun event for a friend and are tagging along, there’s no need to fear if you’re not familiar with the series. There is a picture guide given to you that serves as a visual reminder of what the fantastic beasts look like. The tours do their best to avoid spoilers or provide spoiler alerts if they do occur. 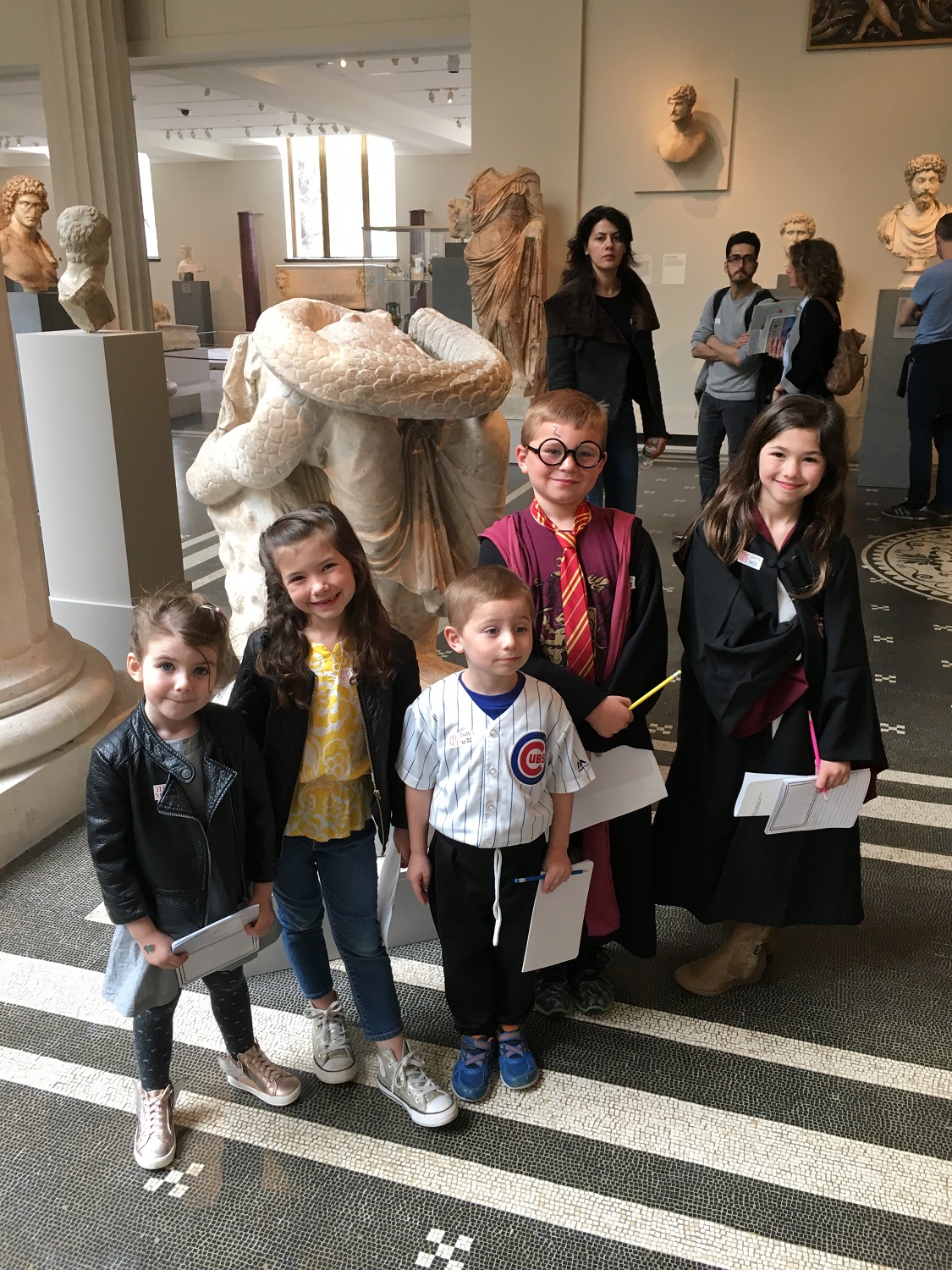 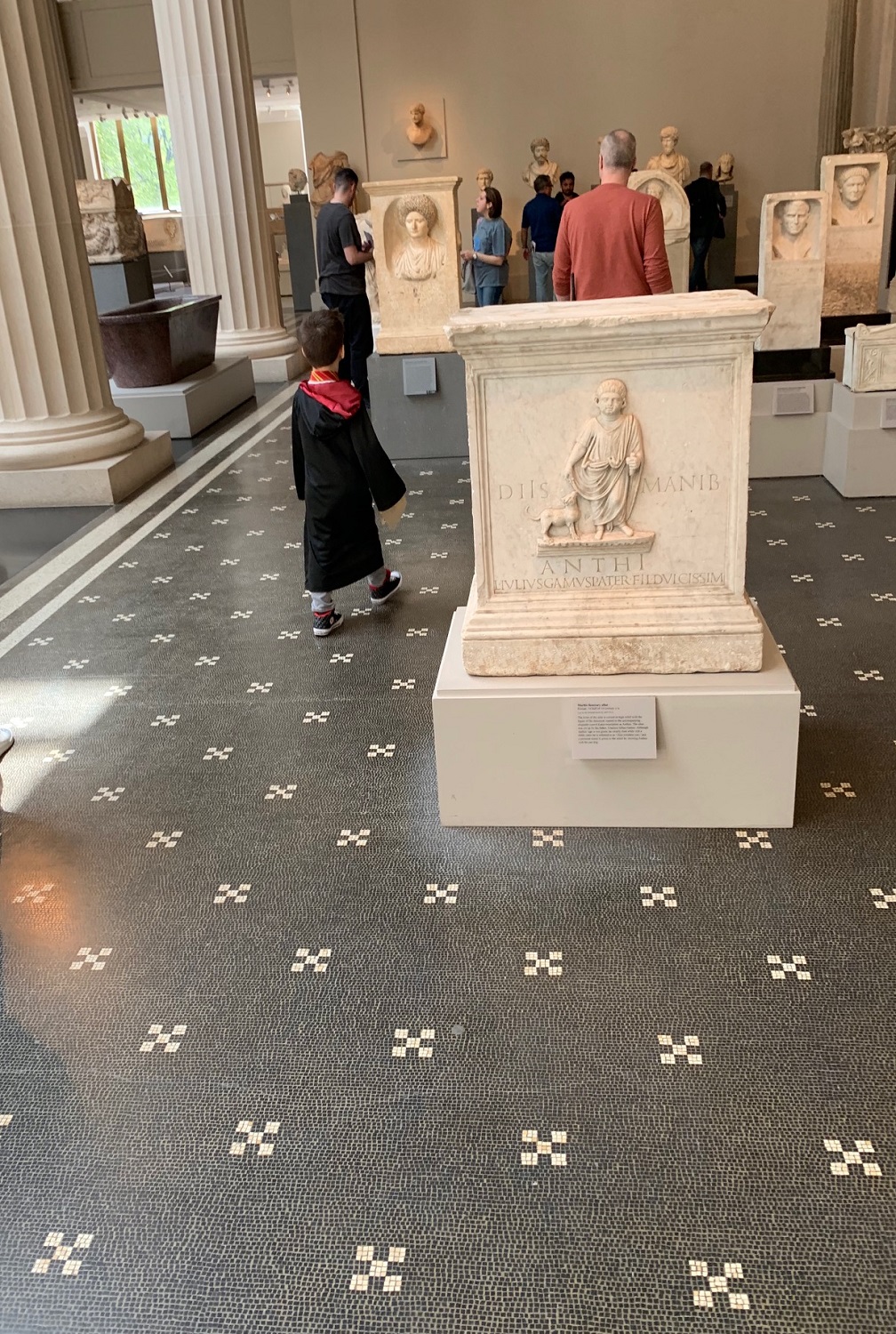 A Gryffindor searching for beasts at fable & lark’s scavenger hunt 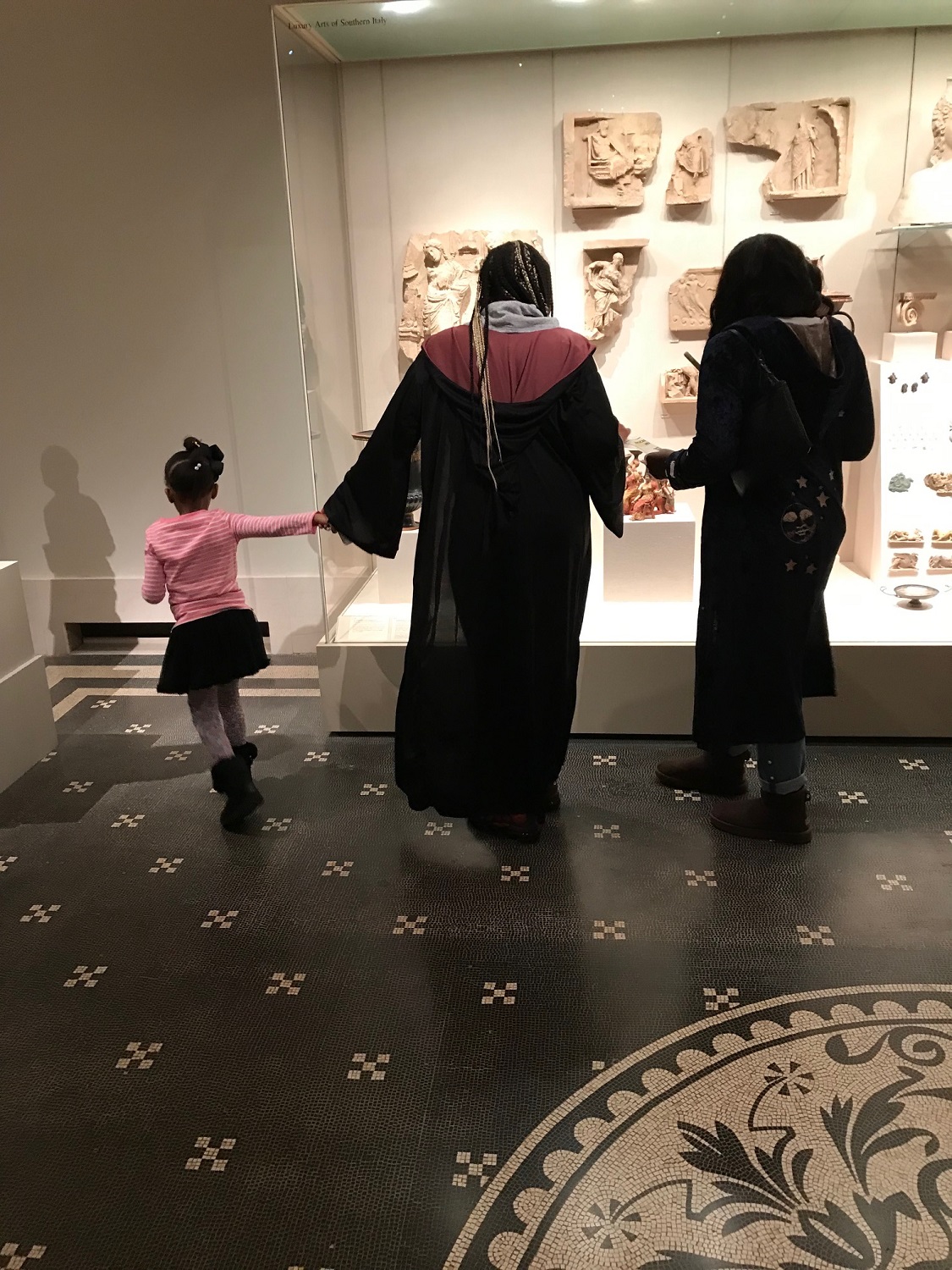 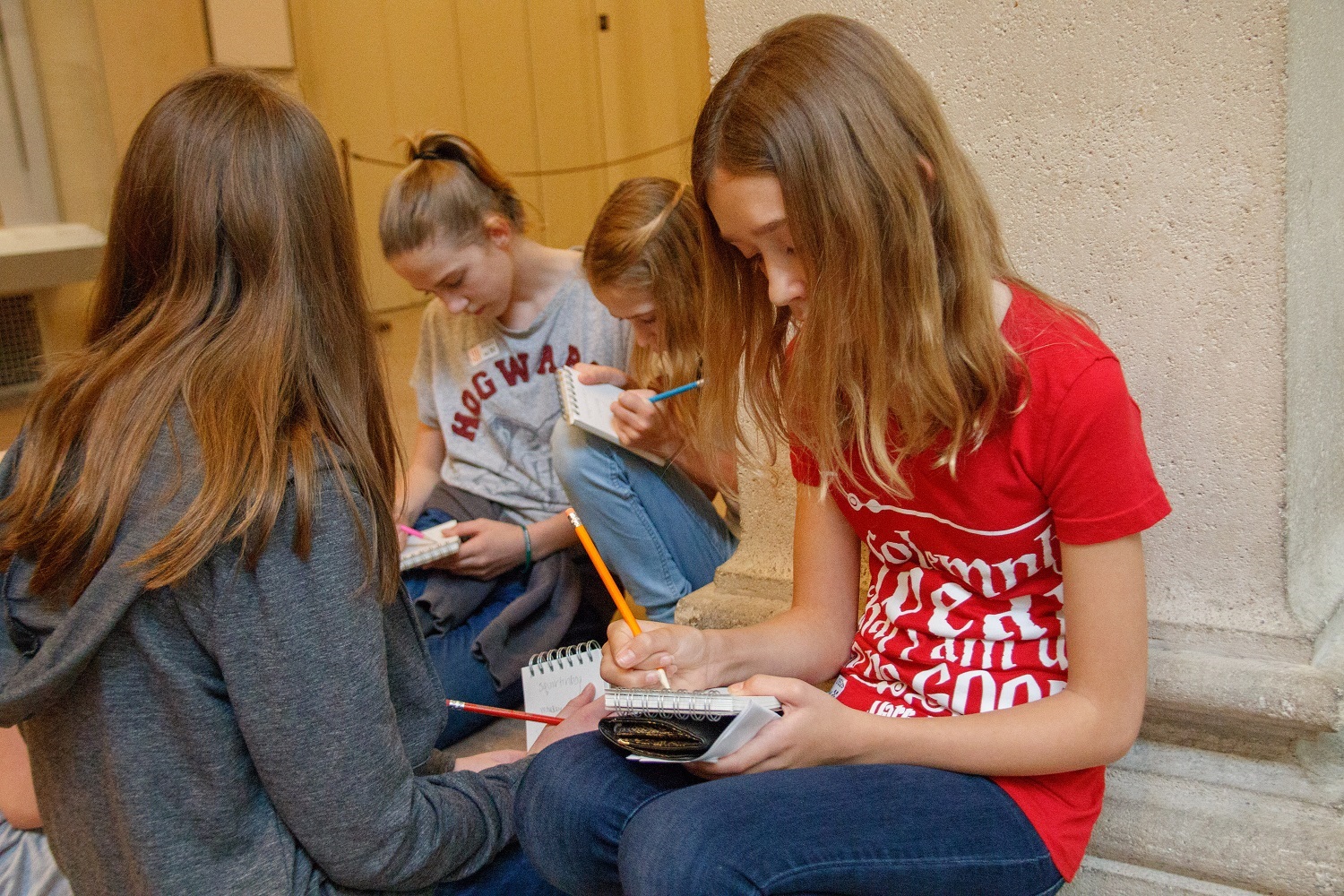 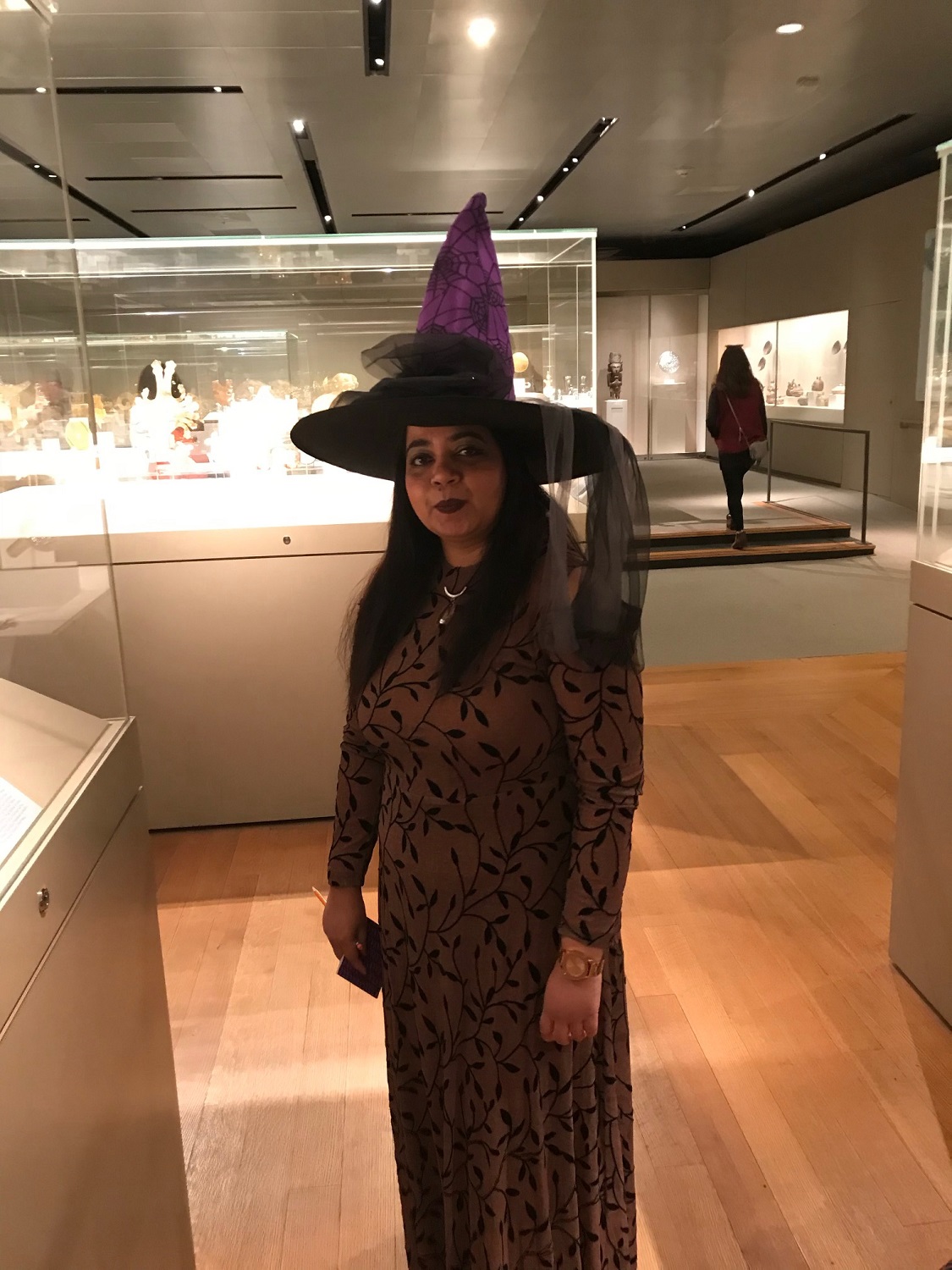 Witch with a purple hat at fable & lark’s scavenger hunt 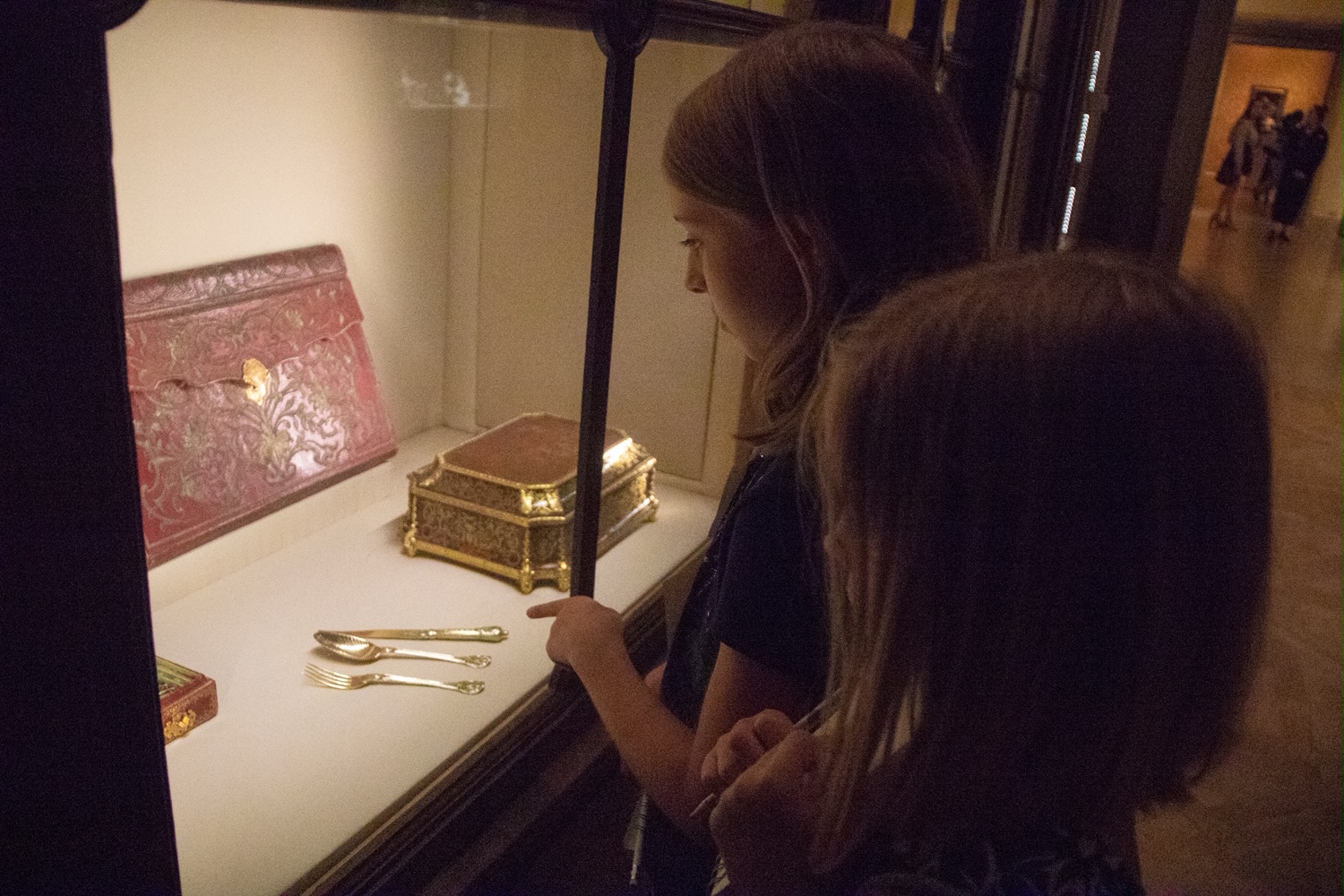 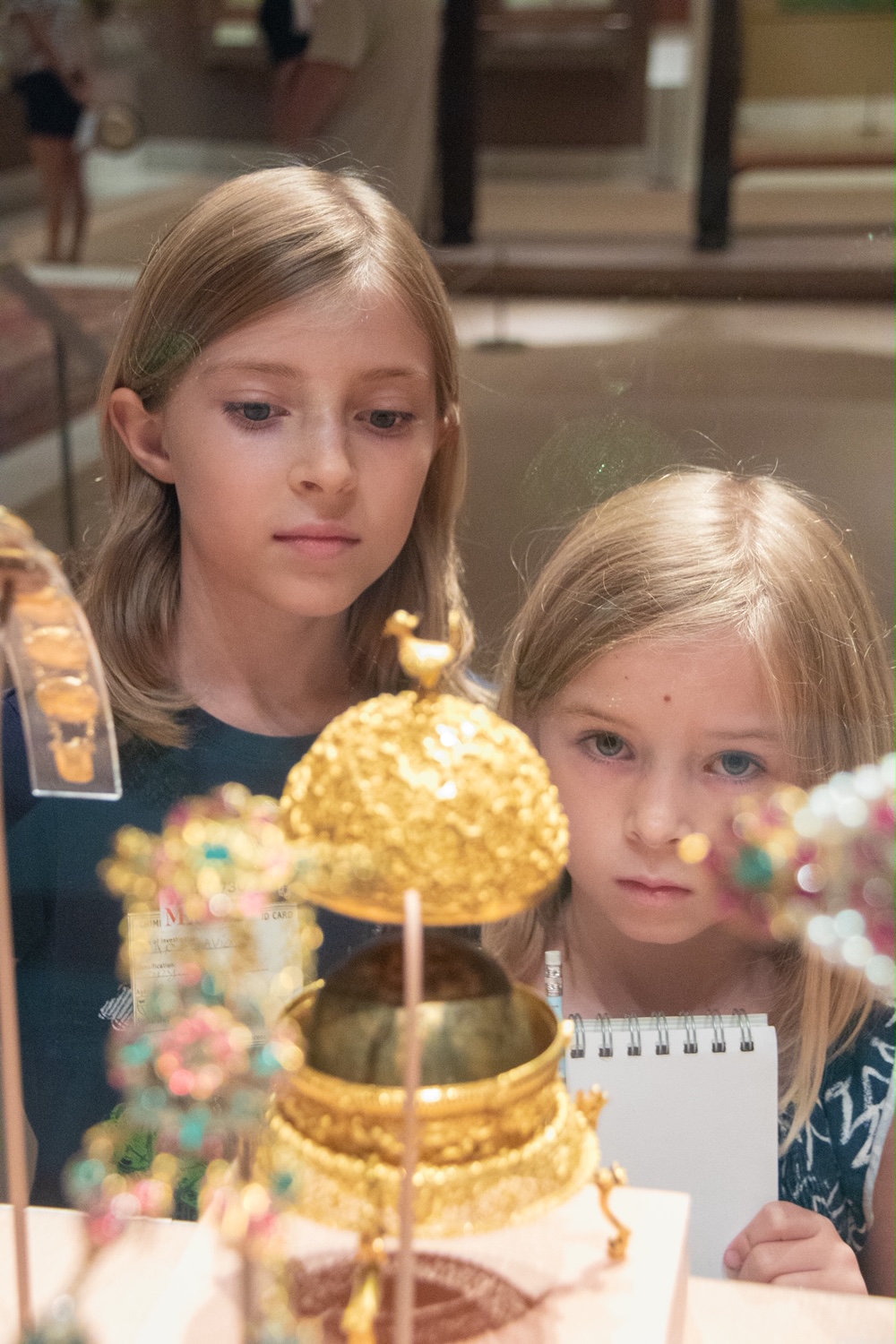 Fable & lark has many different tours and scavenger hunts for a myriad of different series. Some of the current and upcoming themes are Harry Potter, Game of Thrones, and Star Wars. There will also be a sequel to the Fantastic Beasts hunt in the Metropolitan Museum of Art, which will look at depictions of mythical beasts in art. There is a special joy that you get when you’re surrounded by people who share your interests and want to discuss the connections between the tour and the fandom.

Evan says that part of what she likes about creating these tours is that they give people a way to find focus while trying to experience large and often overwhelming museums like AMNH or the Met. Since the content is connected to a topic that people know and care about, they are able to digest the information more easily, start conversations and debates about it, and ultimately remember what they have seen after they’ve left. Overall, it is a great way to experience the museum and feed your fandom-loving heart!

Now you can enter to win a fable & lark Storied Adventure of your very own!

After such a magical experience, we’ve partnered with fable & lark to bring you the opportunity to win a pair of tickets to a Storied Adventure of your choice in celebration of Harry Potter’s birthday this July! If you win, you can choose between the Fantastic Beasts–themed  “Here Be Dragons” scavenger hunt at the American Museum of Natural History or the Harry Potter–themed “Griffins, Goblets & Gold” tour at the Metropolitan Museum of Art.

This contest is open to anyone who will be in the New York City area this summer, and you can enter anytime starting July 10, through July 24 at 11:59 p.m. Eastern time. One winner will be contacted via email, so make sure you check your incoming messages on July 25 to see if you’ve won! We will need a response within 24 hours, or another winner may be chosen.

What are you waiting for? Don’t let this chance pass you by – enter today!

Tickets to the scavenger hunt experience were provided by fable & lark. All opinions on the experience belong to the reviewers.