A Fond Farewell for “Puffs”

Puffs, or: Seven Increasingly Eventful Years at a Certain School of Magic and Magic, will certainly go down in fandom history alongside Potter Puppet Pals, Harry and the Potters, and A Very Potter Musical as one of the most beloved Potter-inspired creations of the last 20 years. Going from an initial five-show run at the Peoples Improv Theater to an Off-Broadway stint at the Elektra Theatre to a two-year Off-Broadway run at New World Stages, Puffs has attracted a fan base that appreciates its deep knowledge of and passion for the series, kooky characters both familiar and original, masterful storytelling, and creation of a community of underdogs, misfits, and weirdos who are heroic in their own special ways. In 2009, Team StarKid gave us “Hufflepuffs are particularly good finders!” and now Puffs has provided “Third or nothing!” as a rallying cry for everyone who’s just trying their best.

Although the show plays its final performance at New World Stages on Sunday, August 18, the phenomenon is far from over. Puffs has won the hearts of Potter fans, theatergoers, and people of all Hogwarts Houses, and it won’t soon be forgotten. Audiences have found ways to display their Puff pride, and the cast and creative team have been touched by the outpouring of support for their work and demand for more. The show will close, the actors will take on new roles, and the devotees will enjoy other Potter parodies, but Puffs will continue to hold a special place in our hearts and in history. Here are just a few examples of how the fans and the team are keeping the magic alive. 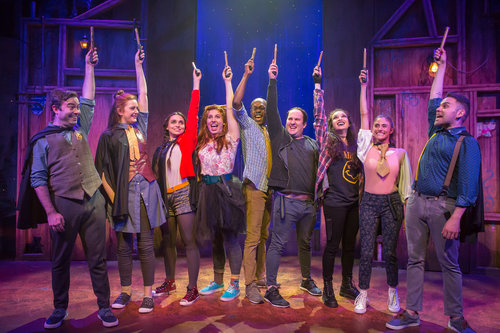 It’s no secret that Potter fans love to dress up. Leanne’s costume is perhaps the most cosplay-able, with her iconic tutu, yellow cardigan, blue belt, and long red hair. From a friend of Katie Bell’s with no last name mentioned in only one book has come a charming, overenthusiastic symbol of Hufflepuff pride. The team recalls meeting a fan wearing a badger X-Men T-shirt inspired by the play, and Dobby costumes have been appropriated as homages to fellow house-elf Bippy. 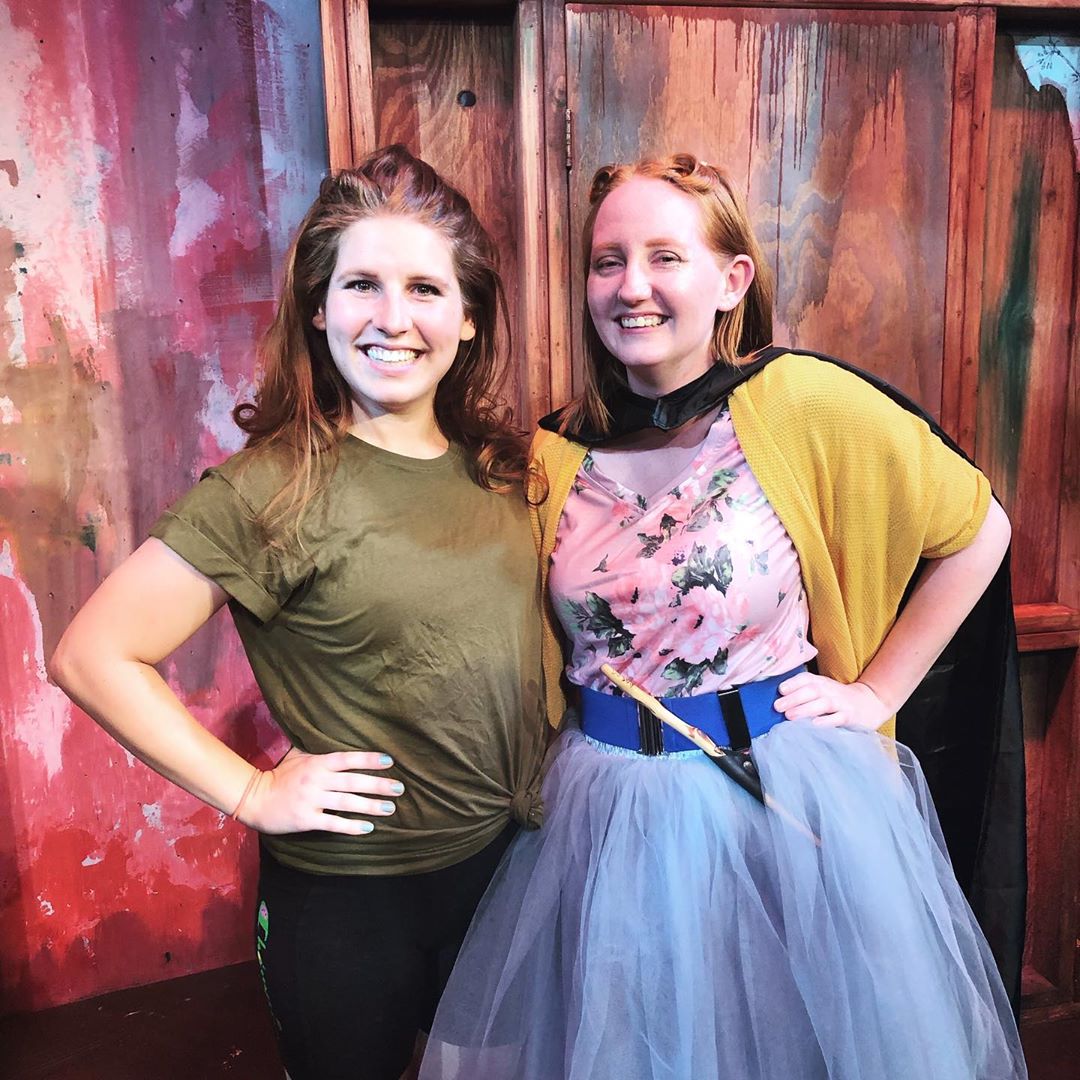 Potter fans have always known how to show their passion and creativity through art, and Puffs is no exception. Artists have made drawings, crafts, and cakes, even creating updated versions featuring replacement cast members – fitting for a play that emphasizes inclusion. Everyone gets to be a cartoon!

On the same weekend in July, members of the cast and creative team appeared at both San Diego Comic-Con and MISTI-Con. Fans are eager to hear about the development of the show, behind-the-scenes shenanigans, and the team’s own Hogwarts Houses and relationship with Potter. The unexpected, mind-blowing success of Puffs makes it particularly fascinating to listen to the experiences of the people involved who had no idea just how big a deal this fun little show would become. 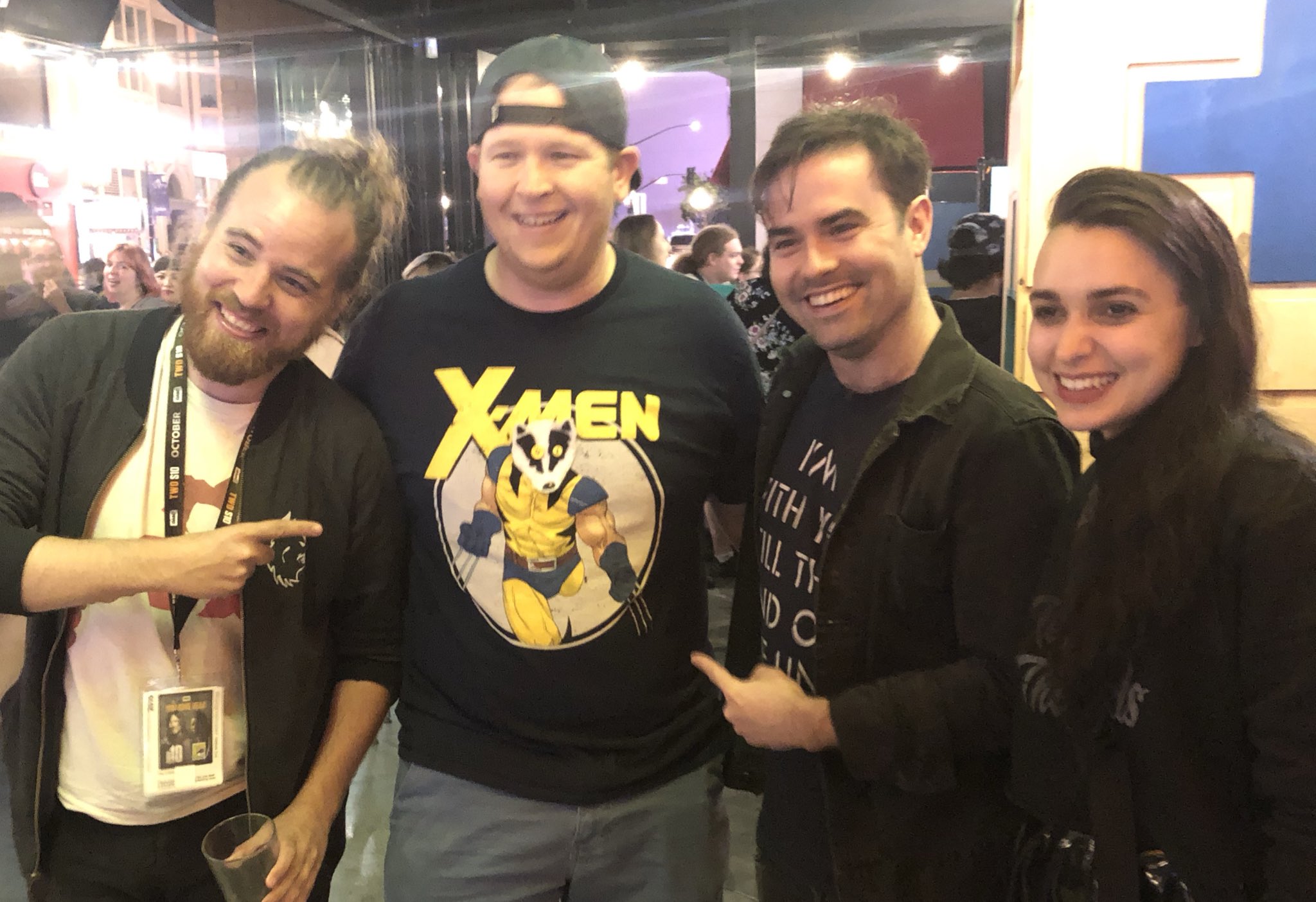 Already drawing from the detailed wizarding world J.K. Rowling created, Puffs has created its own extensive lore. 19 Years Later, or: There and Back Again: A Puffs Tale, Parts 1 and 3 parodied Harry Potter and the Cursed Child, and Dude, Where’s My Fantastic Beast? Or: 30 Short Films About Magical New York in 1926 When a Puff Came for a Quick Visit and the Disaster That Followed, Film 1 of 5 took on Fantastic Beasts and Where to Find Them. The series was rounded out at the PIT on Tuesday night with a reading of Puf3s: Eventfulness Maximus, a three-hour extravaganza featuring the original cast. While mostly a hilarious romp full of references to the previous stories, it contained touching moments about friendship and loss like those that made the original so lovable. Even the cast members were tearing up.

Tears continued to flow on Tuesday night as the reading concluded with a montage of Puffs casts around the world. Middle schools, high schools, and professional theater companies are now performing the show themselves, reveling in the glory of a story about the characters who rarely get any glory. Productions have been happening in California, Tennessee, Kentucky, Washington, Texas (at the playwright’s own high school!), Hawaii, Australia, and more. If you missed the New York run, or you just can’t get enough Puffs, never fear! In addition to performances worldwide, the show was filmed and is available to download, and multiple forms of the script are available for purchase. 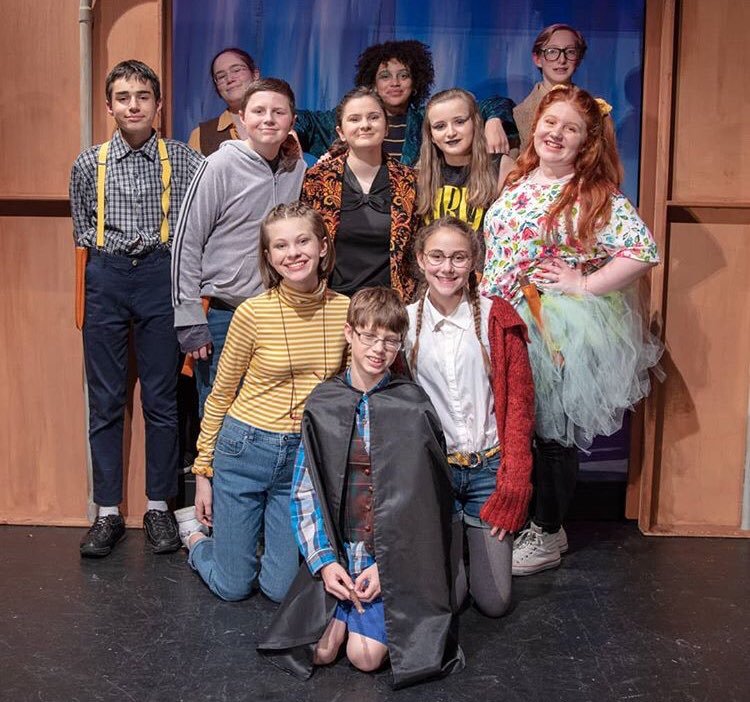 In an era unexpectedly rife with new official – and often controversial – Potter material, it’s comforting to know that the fandom can still be united by a loving and amusing fan-made take on the story. Time is running out, but a few tickets are still available for the final performances of this modern classic. It may be time for this production to say goodbye, but Puffs everywhere will be saying “HIIIIIIIIIIIIIIIIIII!” for many years to come.