Review: Exclusive Voldemort Funko Pop! from Pop in a Box

Funko Pop! figures from Pop in a Box are the perfect addition to any fandom collection, giving our favorite fictional characters an adorable, animated new spin. Pop in a Box has released an exclusive new Lord Voldemort figure, complete with his faithful reptilian companion, Nagini, draped around his neck. Our very own team member Ashley provides a glowing review of the new Lord Voldemort Funko Pop! figure, and we here at MuggleNet are incredibly excited to offer a giveaway for one of our readers to win their very own figure!

I’ve been obsessed with Funko Pop! for years, and I’m quite proud of my vast collection, which ranges from Disney to WWE to Sailor Moon to (obviously) Harry Potter. I’m an in-box collector and a sucker for limited-edition/exclusive Pops!, so I was ecstatic about the opportunity to add this exclusive Voldemort Funko Pop! from Pop in a Box to my collection. 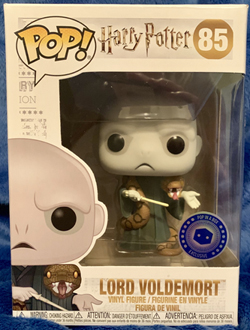 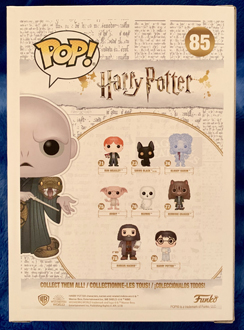 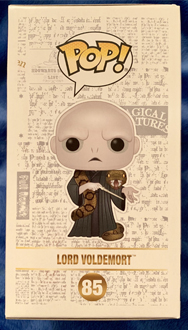 This Pop! is almost identical in design to the Lord Voldemort figure that was released in the first wave of Harry Potter Funkos. Voldemort is still sporting draping dark robes, a scowl on his face, his snake-like nose slits, and his yew wand, but the most noticeable and exciting difference is the addition of his faithful companion, Nagini. 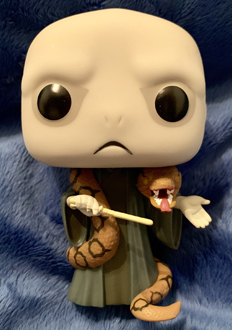 A close-up view of the Voldemort Funko Pop! figure, complete with his wand and Nagini wrapped around his neck 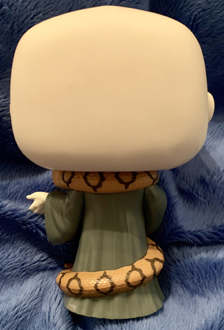 A close-up back view of the Voldemort Funko Pop! figure, Nagini wrapped around his neck

The detail work on Nagini is very well done. With the yellow eyes, pointed fangs, and forked tongue, she is draped around her master’s shoulders, ready to strike at any moment. I was really happy to see this version released, as it is the perfect addition to go along with the Bellatrix Lestrange and Death Eater Lucius figures from the Wave 3 lineup.

Overall, I love everything about this Pop!, and it’s an absolute must-have for any collector. If you’re like me and are a sucker for the “exclusive” and “limited edition” stickers on certain boxes, then you’ll love the shiny blue Pop in a Box–exclusive sticker.

How many Funko Pop! figures do you have in your own collection? Which Harry Potter Pop! is your favorite?

Don’t forget to enter for your chance to win your very own Lord Voldemort Funko Pop! figure from Pop in a Box and complete your Harry Potter collection!