MISTI-Con 2019: A First-Timer Joins In the Magic

Taking place this year from July 18 to 21, MISTI-Con is a biannual Harry Potter convention that is intentionally limited to 500 attendees in order to foster a small, community atmosphere. It was held at the DoubleTree by Hilton Hotel Tarrytown in Tarrytown, New York.

Although I have been to the larger Harry Potter conventions before, this was my first experience at MISTI-Con, and I was not disappointed. There were all the typical components of a Potter convention: the panel discussions and meetups, the craft fair, the fantastic cosplay, the wizard rock, the ball, and the opening and closing ceremonies. But it’s great that the smaller number of people allows for not just ceremonies but also welcome and closing feasts, just like at Hogwarts, with large tables for attendees to sit around and chat at.

And there was not one dance party but two! In addition to the Founders’ Ball on Saturday night, Friday night saw the Rave ’n’ Claw ’90s dance party, a chance for all us ’90s kids to bop along to the Spice Girls, Britney, the Backstreet Boys, and *NSYNC. Toward the end of the Founders’ Ball, I was also thrilled to hear an old wizard rock song that I hadn’t heard for years – and it wasn’t until that moment that I realized our DJ throughout the weekend, DJ Swish, was actually the former wizard rocker Swish and Flick, who released the risqué song that was playing, “S-l-y in Slytherin,” in 2009. A dragon guards her lair and eggs at MISTI-Con.

In the past, this convention has always taken place at the Margate Resort in Laconia, New Hampshire, where the convention took over the entire hotel. This time, however, the con-goers were accompanied by regular hotel guests, so I felt that I missed out on that particular MISTI experience. But it was still great to be able to walk around seeing the same people throughout the weekend, all chatting about our common love of Harry Potter.

I was particularly impressed by the decorations that were spread out throughout the conference rooms and hallways: House banners, fancifully costumed mannequins, cardboard-cut-out creatures, and more. It definitely added an extra level of magic to the experience. And that’s not to mention all the attendee-decorated hotel room doors! 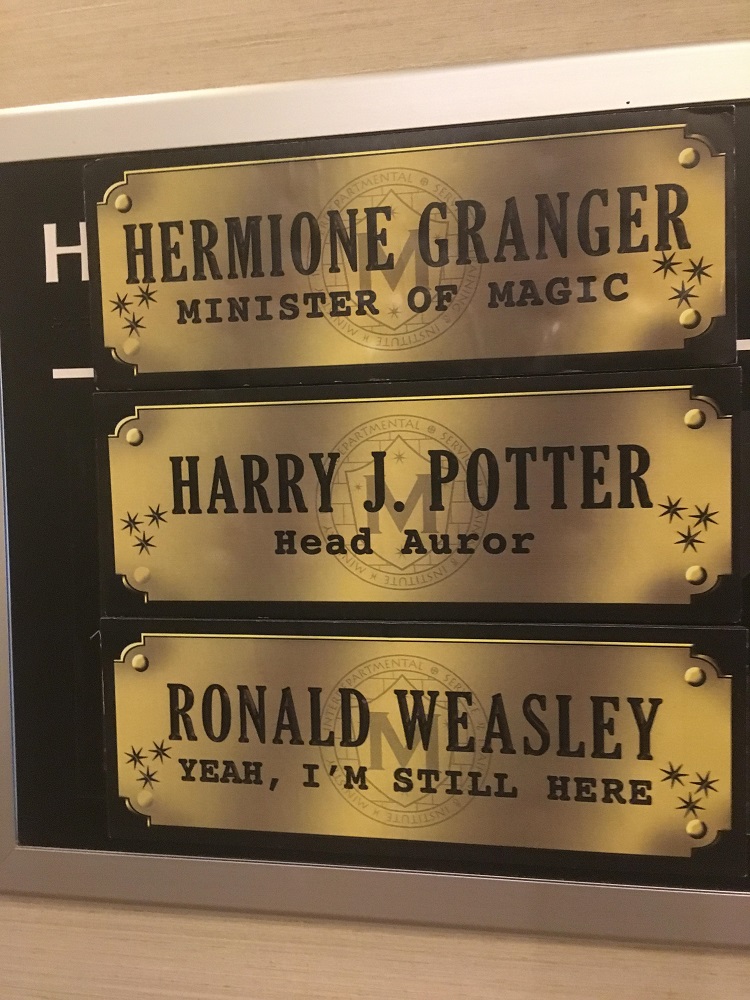 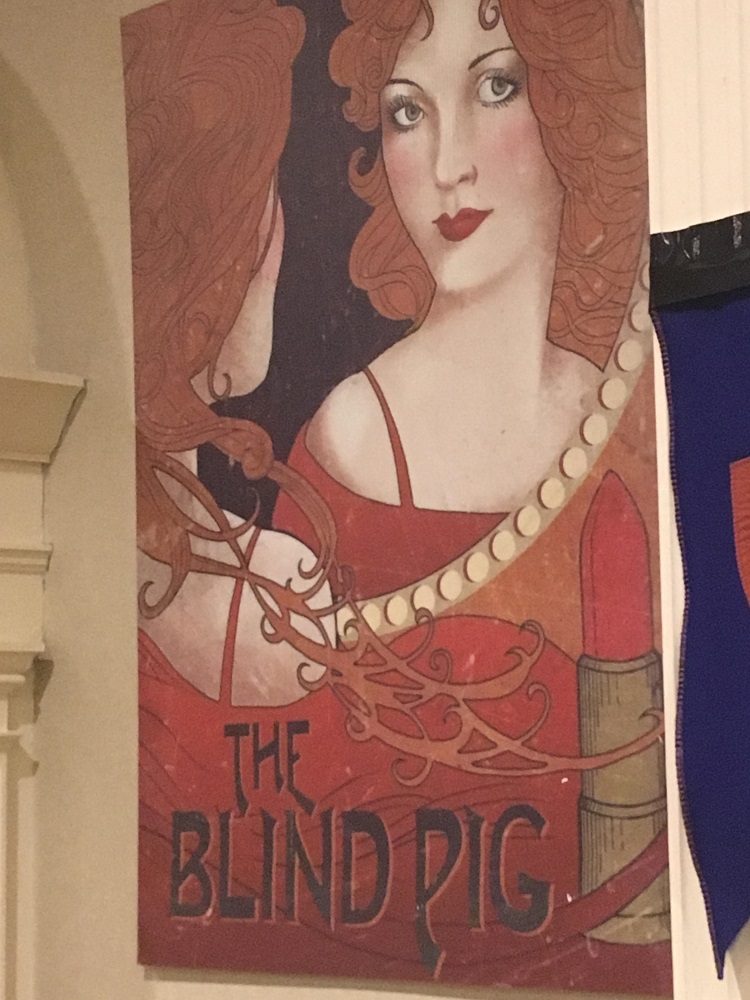 A banner for the Blind Pig 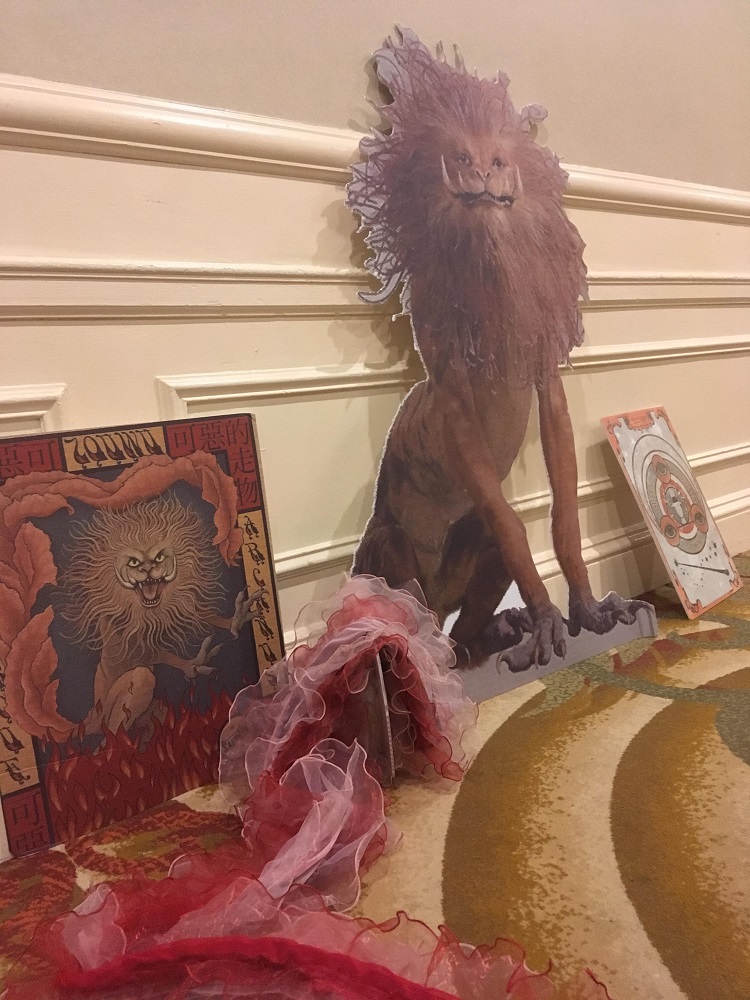 Some decorations honoring the zouwu

There was a common room filled with old-school Harry Potter board games, puzzles, decorations, and other activities. I happily filled out a photocopy of an old Harry Potter crossword puzzle that seemed to have been made by Scholastic between the releases of Books 6 and 7.

Also in the common room was the Enchanted Photo Booth, perfect for con-goers to get a professional photo of their fantastic cosplay. Check out some of these photos of characters seen around the con, courtesy of Babette Daniels Photography (click to enlarge). 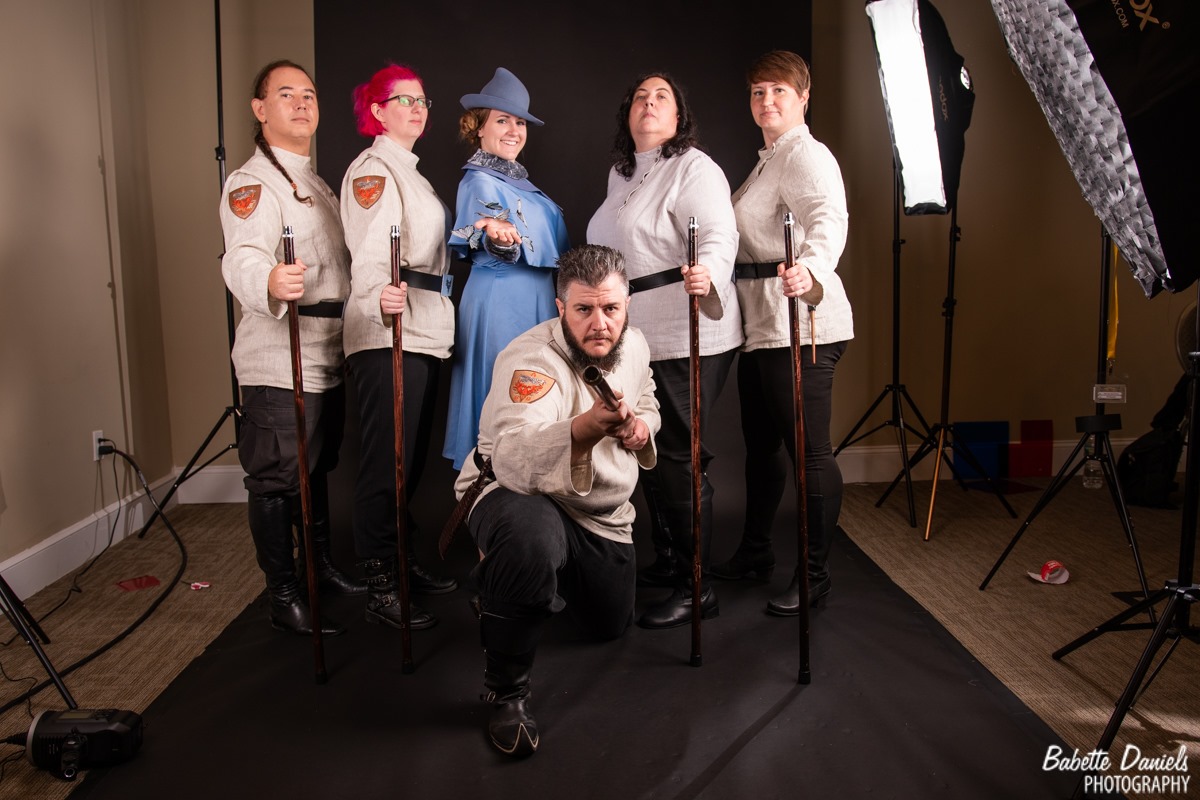 Durmstrang and Beauxbatons cosplayers pose in the photo booth. 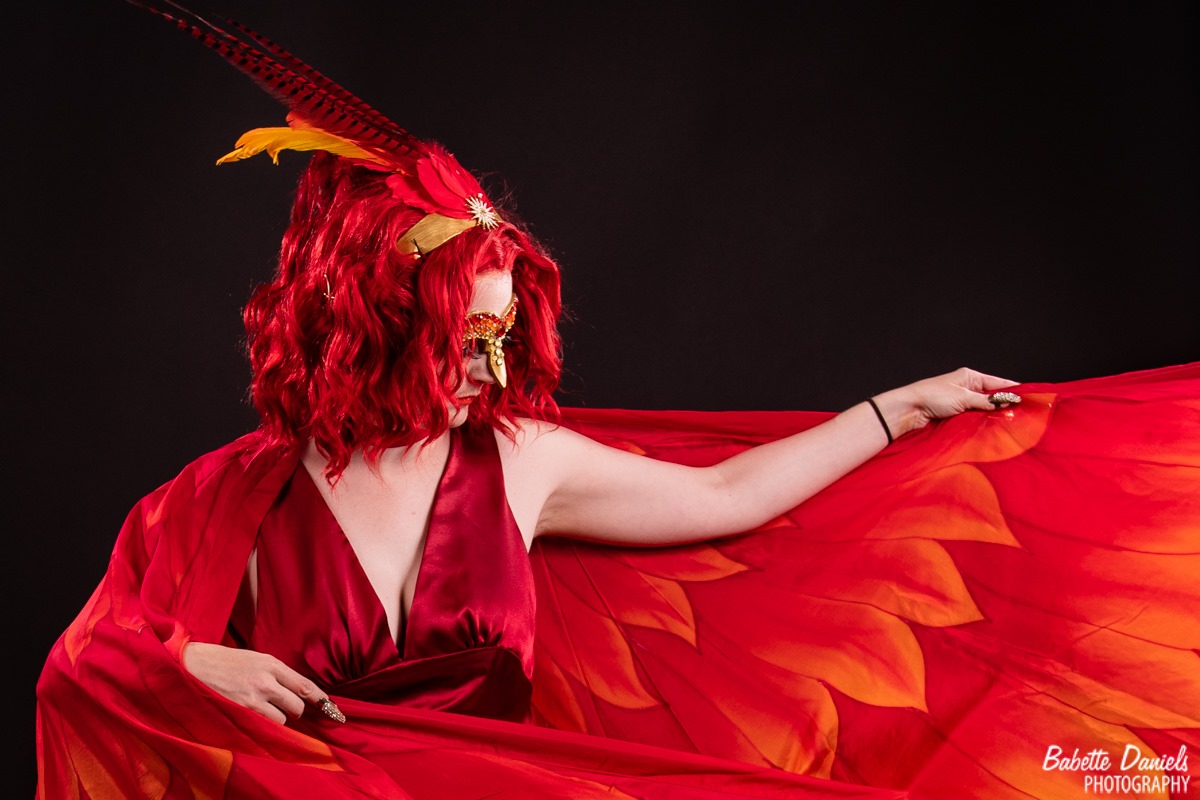 Fawkes shows off her wings. 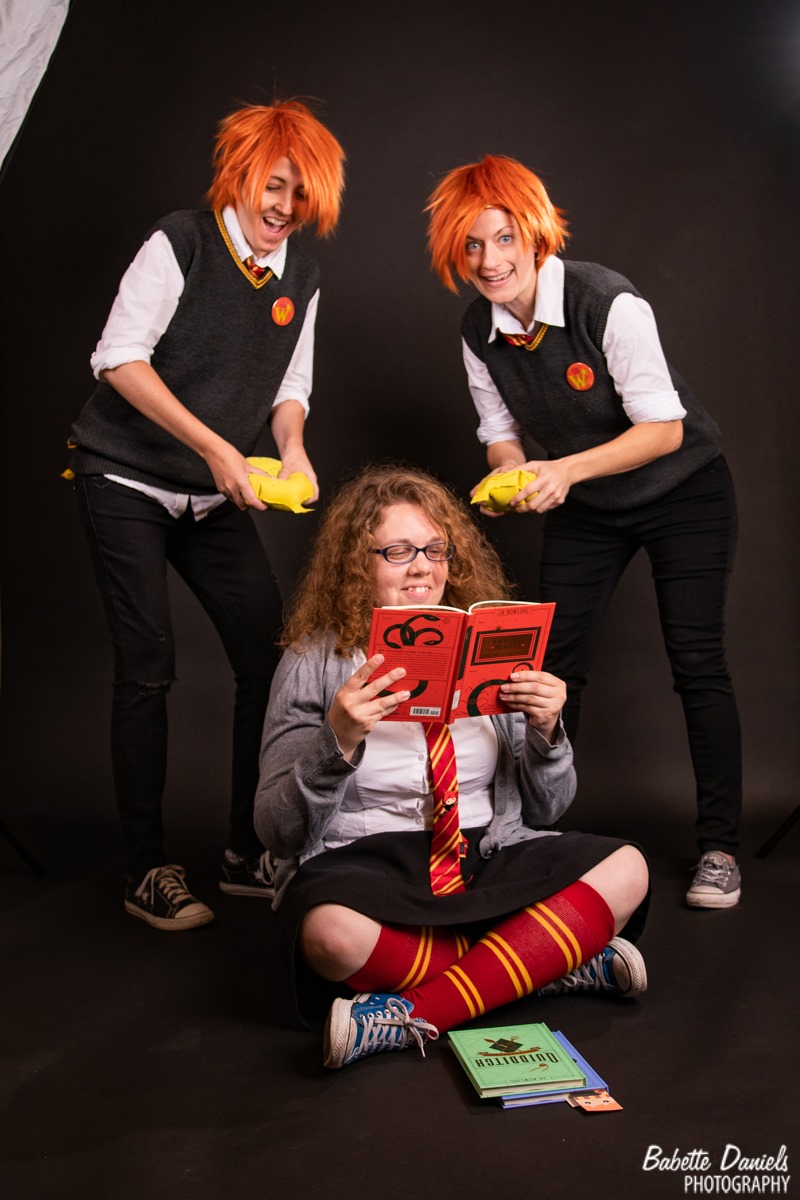 Fred and George pester Hermione with whoopee cushions while she’s trying to study. 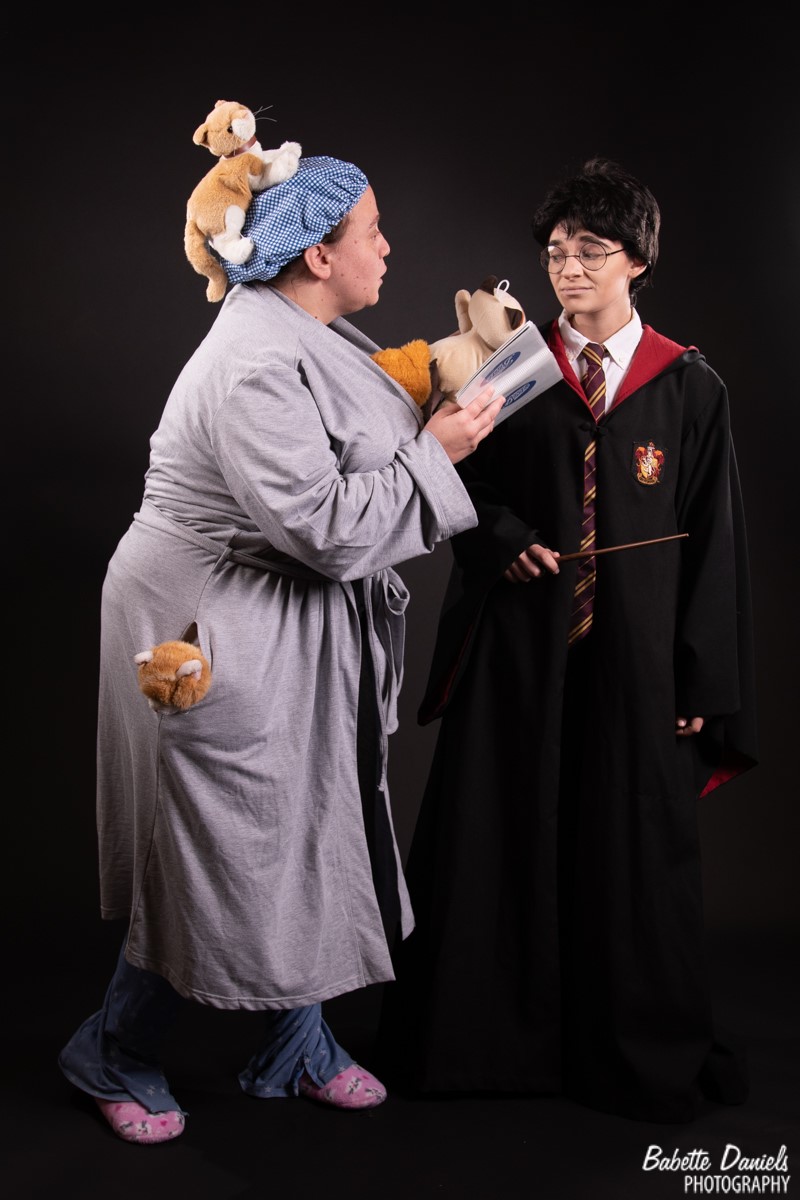 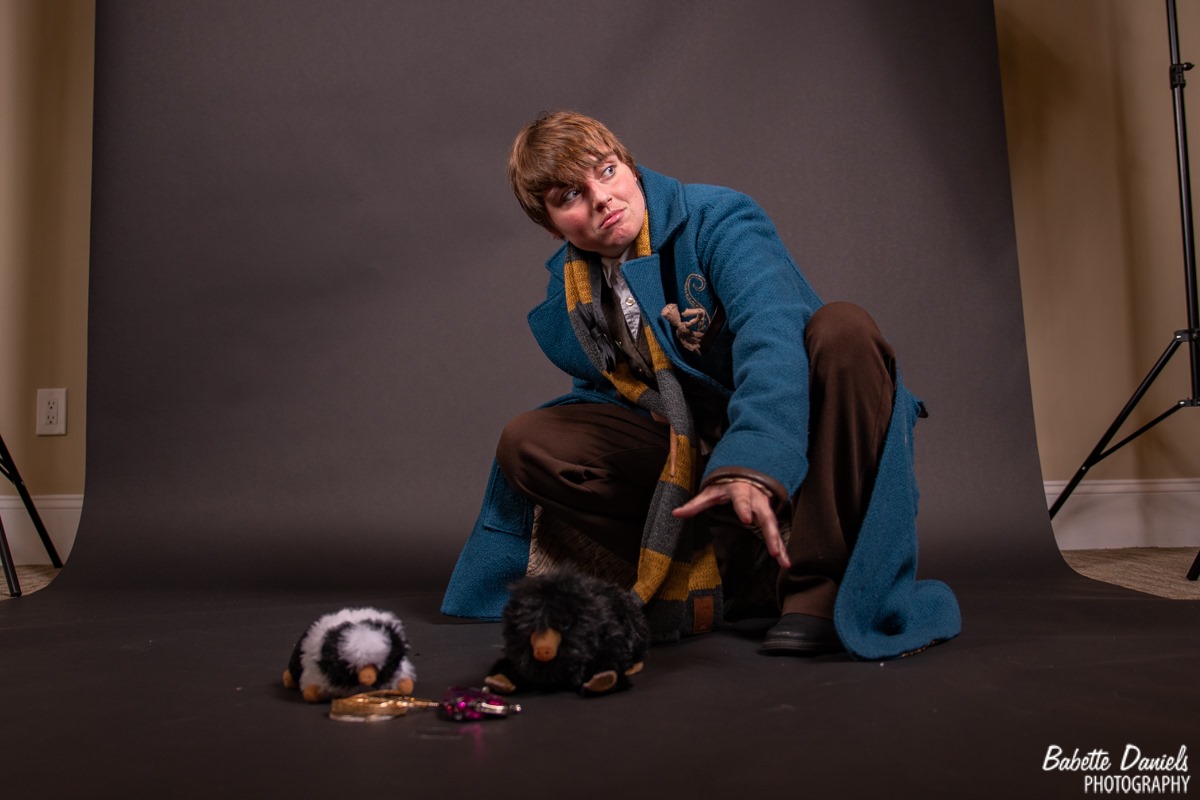 Newt’s Nifflers are on the loose. 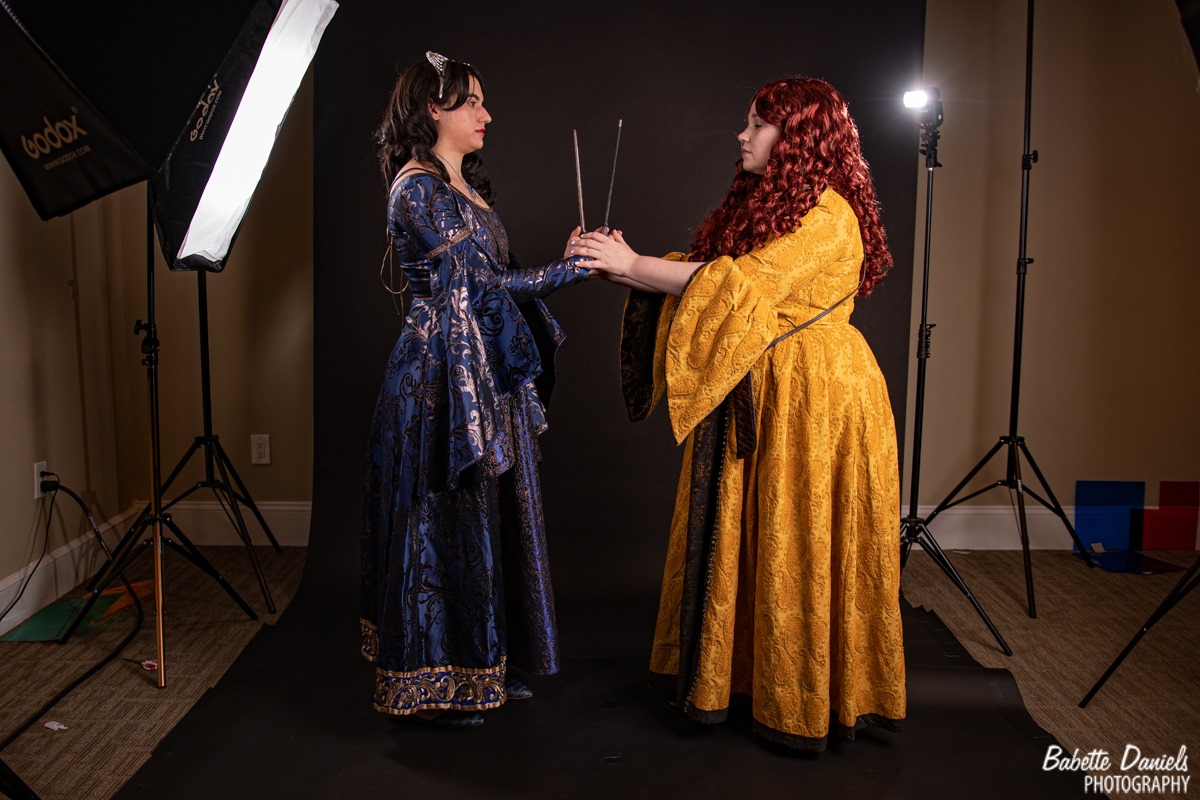 An interesting difference I noticed in terms of the attendees was that the average age skewed a bit older than the Potter conventions I’ve been to in the past. I’d also say it was a bit more gender-balanced than the typical female-skewed demographics of the fandom.

MuggleNet put on four pieces of programming over the weekend. Our Podcast Mashup panel, on Friday, featured team members of MuggleNet podcasts SpeakBeasty, Alohomora!, and Reading, Writing, Rowling. On Saturday, we took a look back at the past 20 years of the Harry Potter fandom, with MuggleNet celebrating our 20th anniversary this year! Also on Saturday was our Gruellingly Nauseating and Onerous MuggleNet Exercises (GNOMEs) trivia, always a hit. This year, ten teams battled it out with some of the most difficult Harry Potter trivia we could come up with (plus some easier questions for a breather). The winning team was Cookies, who beat out the next-highest team by an impressive 7.5 points. And finally, on Sunday, we hosted a bracket-style debate panel – participants got to argue some of the most hotly contested topics in Potter fandom. The final debate came down to Peter Pettigrew – is he redeemable or not? (Redeemable won!) The top two debaters at MuggleNet’s Canon Debates panel argue over whether Peter Pettigrew is redeemable.

I would love to come back to MISTI-Con, but the organizers have announced that they are taking a break and there are currently no dates for 2021. Here’s hoping that they get their well-deserved break and we can all revel in the magic of MISTI again before too long!