Following the big rebranding announcement in Times Square last night, there have been no further developments.

The rebranding announcement affirms our belief that the change of logo is part of the continued consolidation of wizarding world properties. Several of our verified facts remain undisputed, which lends further credence to the statements below. Additionally, overnight, the remaining original Cursed Child logos were all switched to the new bolt/Dark Mark design, and the Wizarding World logo has been added. The Cursed Child website even added a link to the as-yet-unreleased Wizarding World website and eventual app.

Merely because the announcement wasn’t the rumored film or bigger than we were all conned into thinking doesn’t mean this is the end of the fun.

We received a statement from Cursed Child NYC reps that clarifies there are “exciting details coming soon” regarding the change of the artwork.

Cursed Child continues to be produced by Sonia Friedman, Colin Callender and Harry Potter Theatrical Productions in London, Broadway and all around the world, and there are no plans whatsoever for a movie. WB has always been a valued partner of Cursed Child since it’s [sic] ‪inception‬. Their role has not changed.

We can now also confirm that management and production employees who are not directly employed by the theater are now official “WB/AT&T” employees. This almost certainly directly confirms that Warner Bros. has purchased a controlling right in the stage production.

It has also just been brought to our attention that over the summer, the Lyric Theatre/Ambassador Theatre Group in New York City was sent a cease and desist order from Warner Bros. to stop selling their knock-off butterbeer. We believe that that is likely when the negotiations to purchase the rights to the stage production began.

Over the past few weeks, there has been a lot of movement in the Harry Potter and the Cursed Child productions and theaters. It happened very quietly yet swiftly. First, the marquee at all active venues – the Lyric Theatre in New York City, the Palace Theatre in London, and the Princess Theatre in Melbourne – were switched to the iconic Harry Potter book font seemingly overnight. “J.K. Rowling’s” was also added to the official title, and the “Parts One and Two” was removed.

Next, we started to see changes in the playbills. 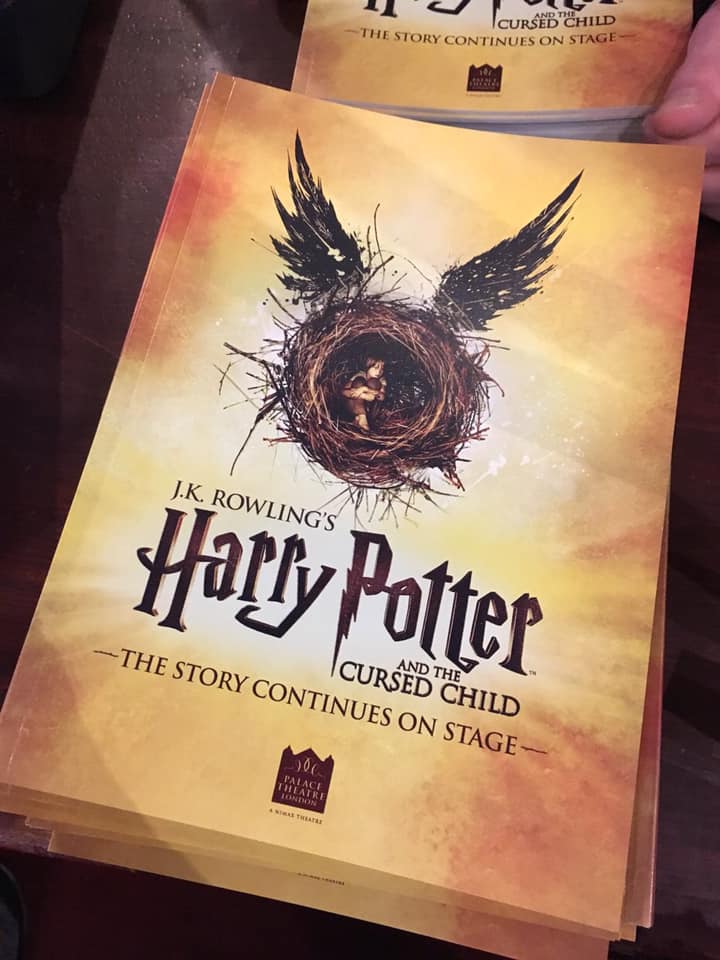 The new logo on the “Cursed Child” London programs 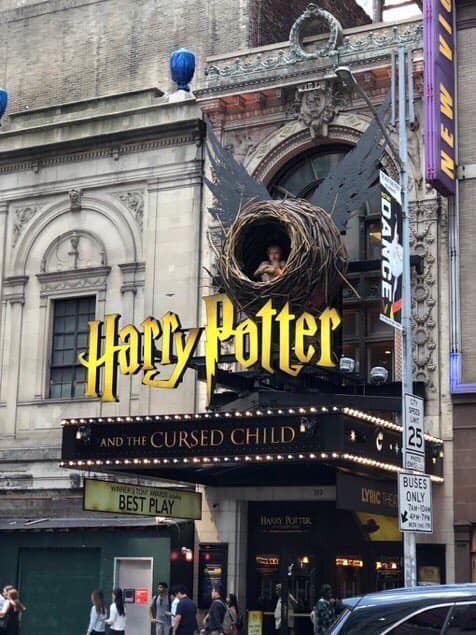 Another look at the new logo 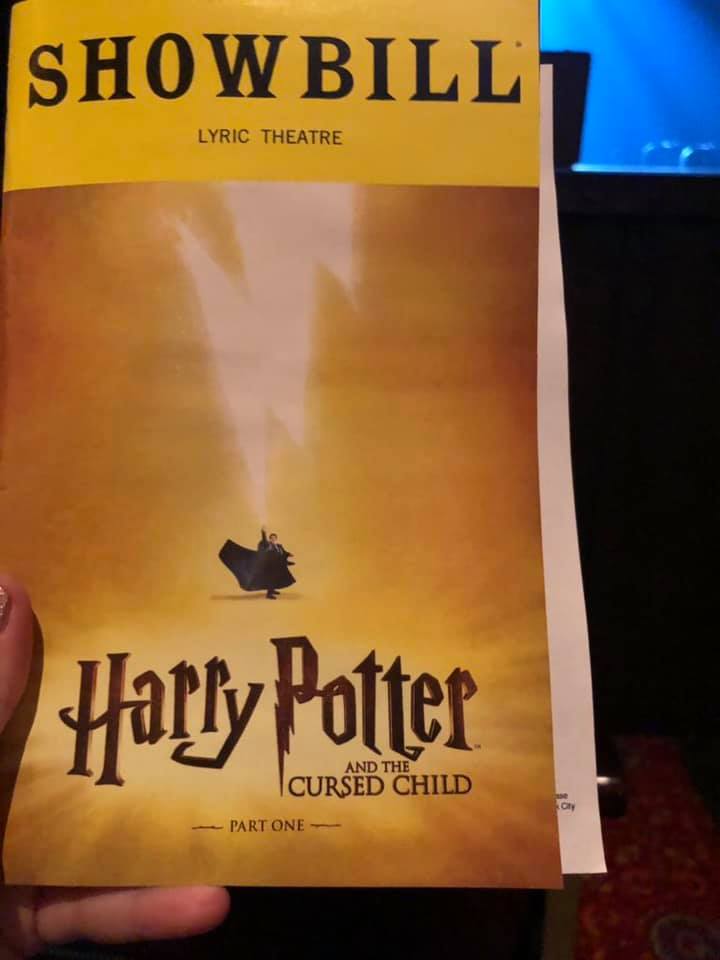 The new logo on the “Cursed Child” Broadway showbill 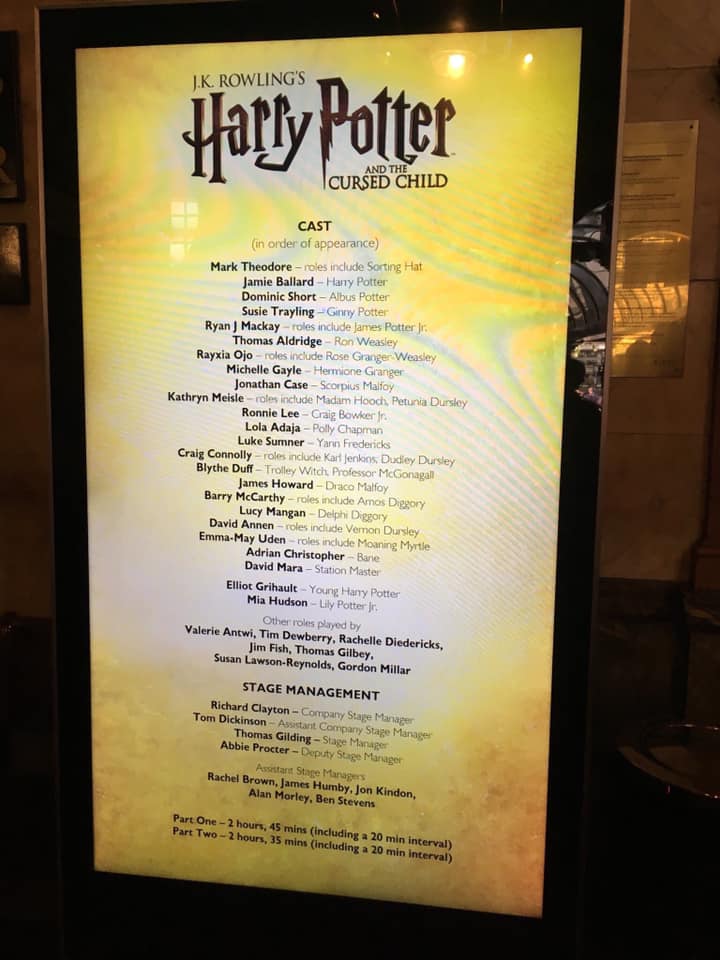 A look at the new logo on the cast list 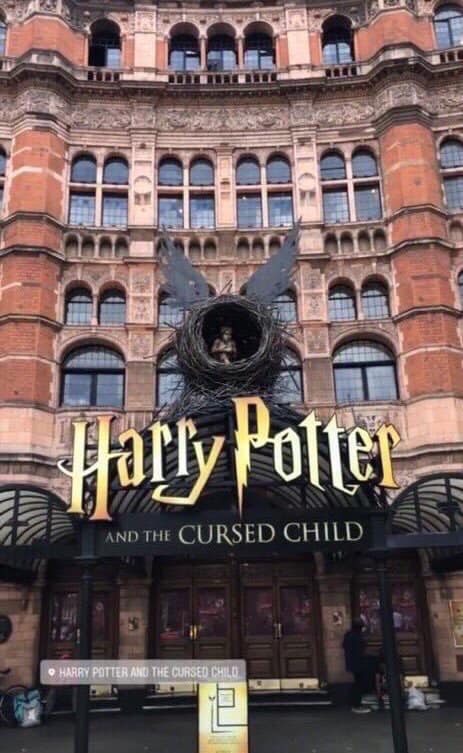 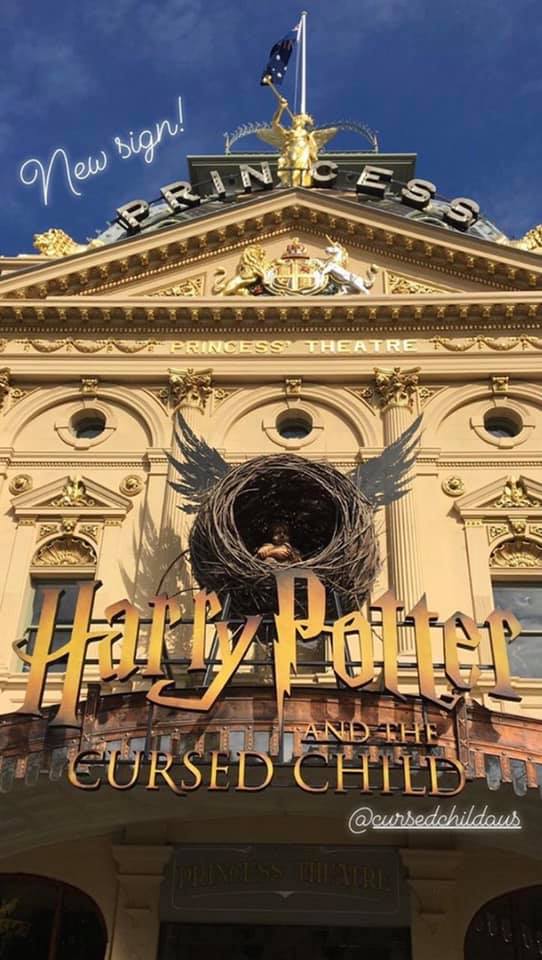 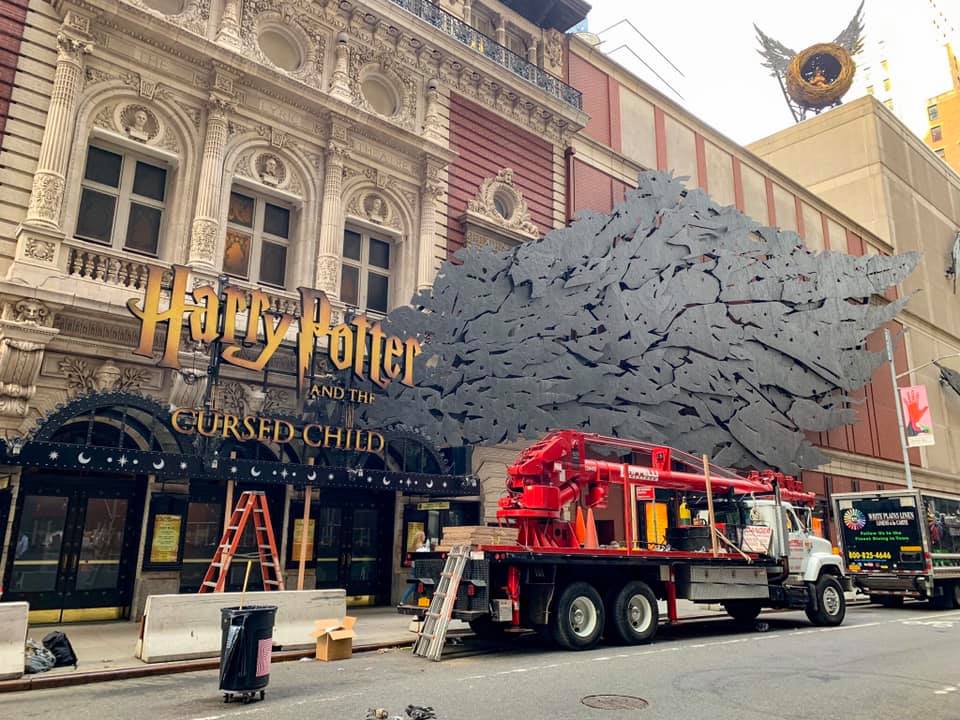 Just today, we received word via an exclusive source that the change happened due to Warner Bros. scooping up the rights to the stage production. Our source was confirmed and backed up by tweets sent early this morning:

BREAKING: Whereas previously Warner Brothers had no ownership to the stage-rights of Harry Potter, they did a buy out and now own all rights present & future to all itterations of “Harry Potter And The Cursed Child” (thus the logo change) expect a official announcement tomorrow.