UPDATED: Have a Merry Christmas in the Wizarding World of Harry Potter

Get ready to ring in the holiday season at two of your favorite Harry Potter theme parks!

The Wizarding World of Harry Potter at both Universal Orlando Resort and Universal Studios Hollywood will soon be full of Christmas spirit, with the upcoming additions of holiday-themed experiences and treats to each of the theme parks. From seasonal hot butterbeer at Islands of Adventure (it is now year-round at the always-mild Southern California location) to whimsical storefront decorations, Hogsmeade will be decked out for the holidays. For no additional cost beyond the standard park ticket prices, visitors will be able to experience the wonders of the Wizarding World at Christmastime, including performances by the Frog Choir in Hogsmeade and by Mrs. Weasley’s favorite holiday musical group, Celestina Warbeck and the Banshees.

Perhaps most excitingly, there will be “The Magic of Christmas at Hogwarts Castle,” a projection-mapping light show on Hogwarts Castle, multiple times every evening throughout the season. If previous light shows at the Wizarding World are any indication, this experience is likely to be a wondrous one. UPDATE (November 15):
In addition to all the magic in the Wizarding World, Universal Orlando Resort has revealed a number of other ways to celebrate the holidays in Florida this winter. 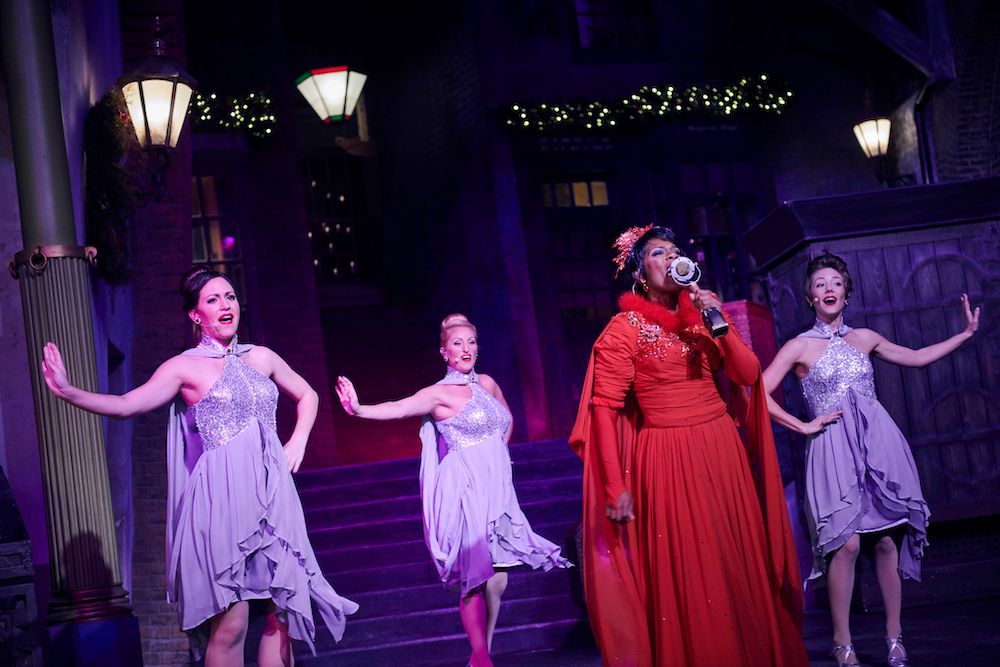 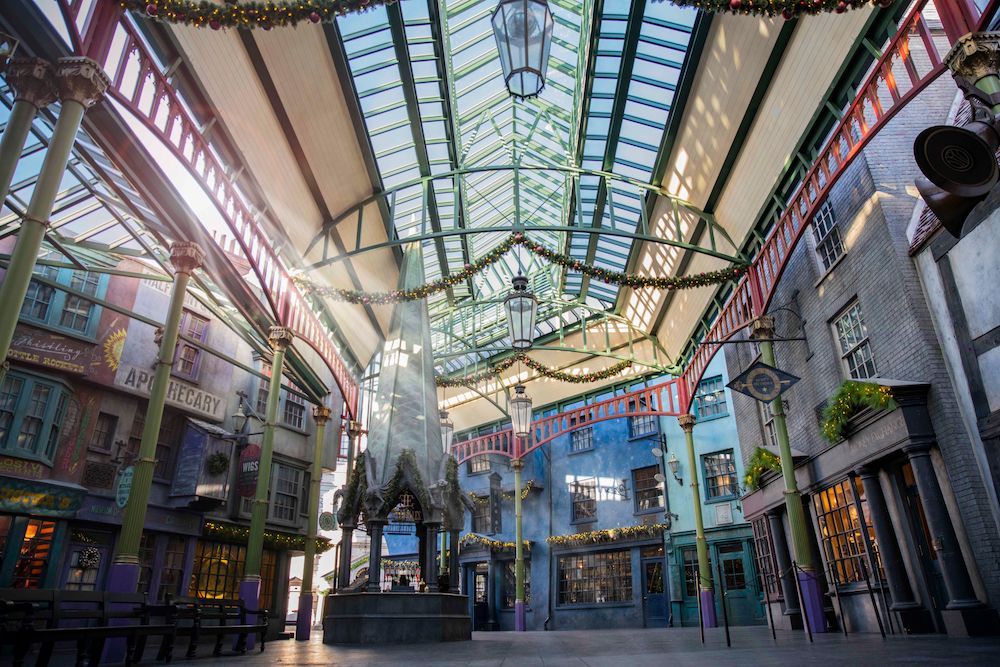 Both Hogsmeade and Diagon Alley will be dressed up with holiday themed decorations. 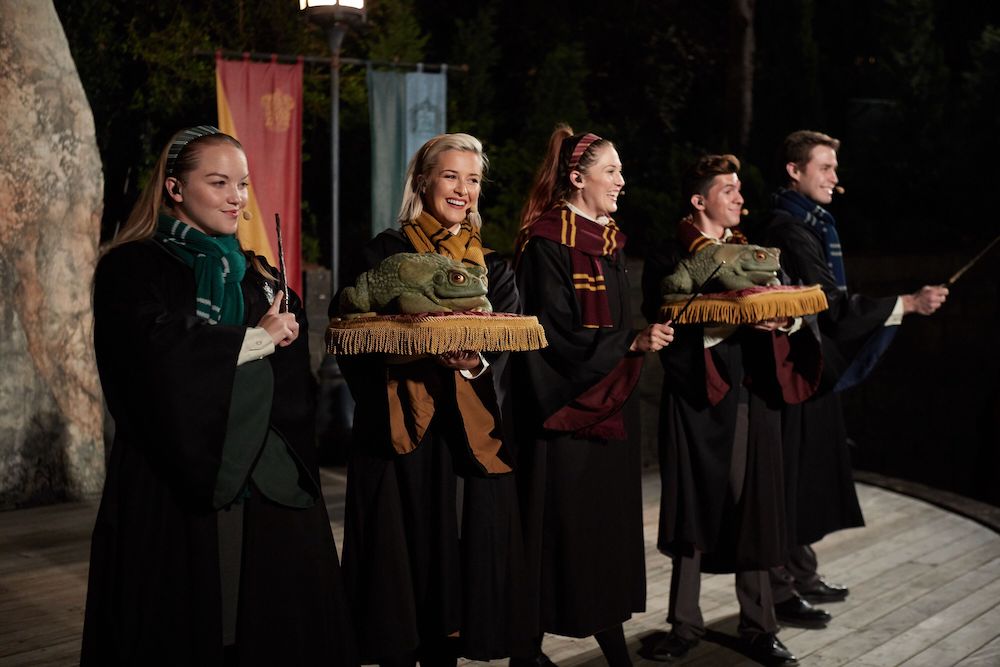 The Frog Choir is based in Hogsmeade and will sing both magical and Muggle Christmas carols.

After taking in the decorations and wonderful performances from the Frog Choir and Celestina Warbeck and the Banshees, visitors at Universal Orlando Resort can explore some of what the rest of the park has to offer. Take in the sights and sounds of Universal’s Holiday Parade featuring Macy’s and Mannheim Steamroller, who will be performing their classic take on Christmas carols on select dates throughout November and December. 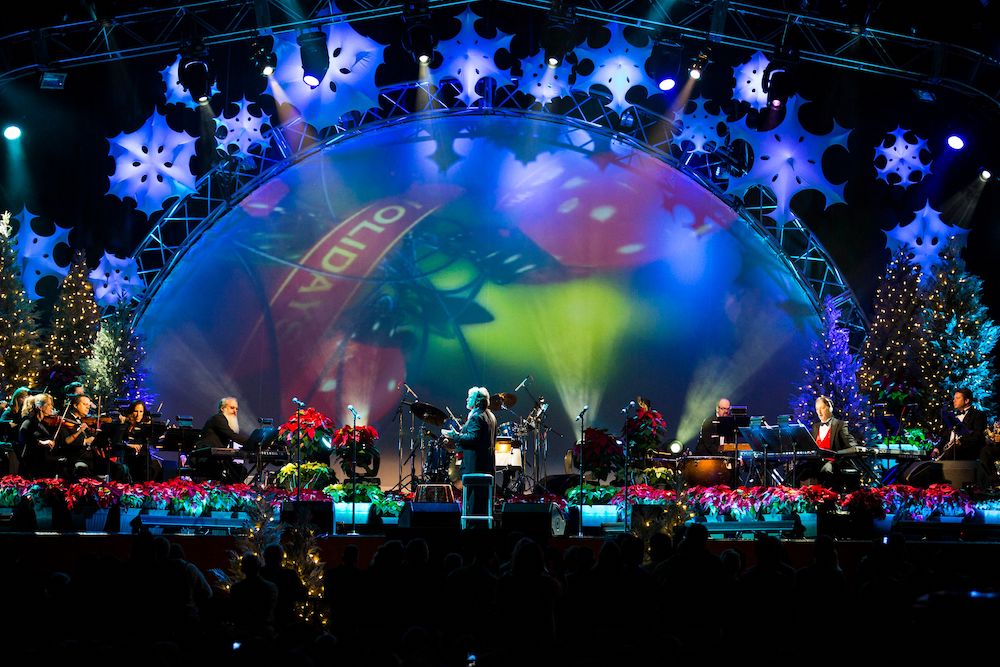 Mannheim Steamroller are well known for their neoclassical take of Christmas music. 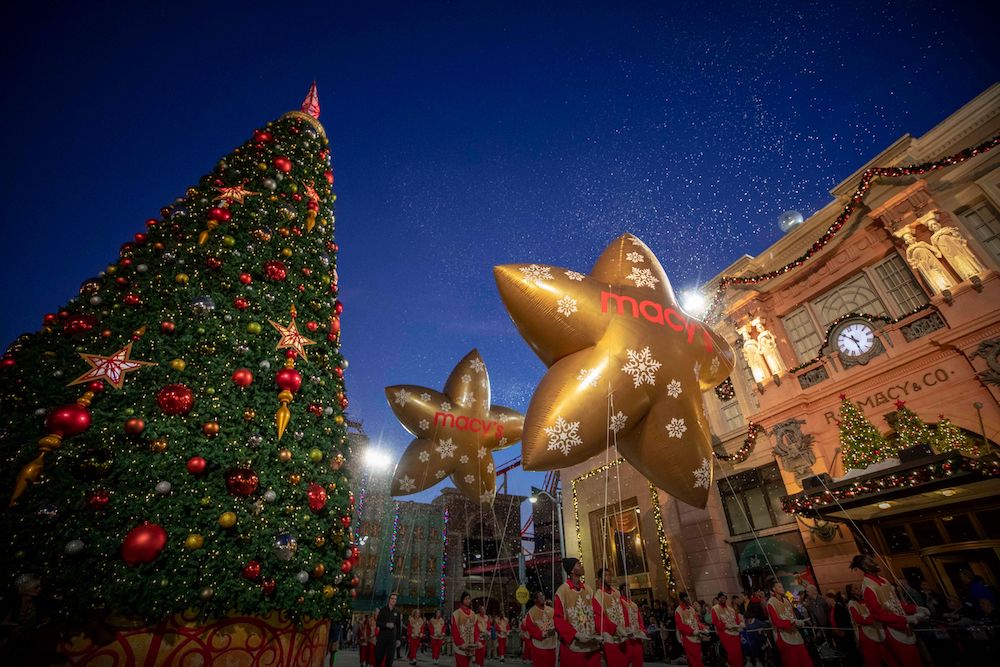 The Universal Holiday Parade featuring Macy’s will bring together characters from all of your favourite Universal properties.

Finally, visitors can get up close and personal with someone whose feelings about Christmas are much less than jolly, the Grinch! 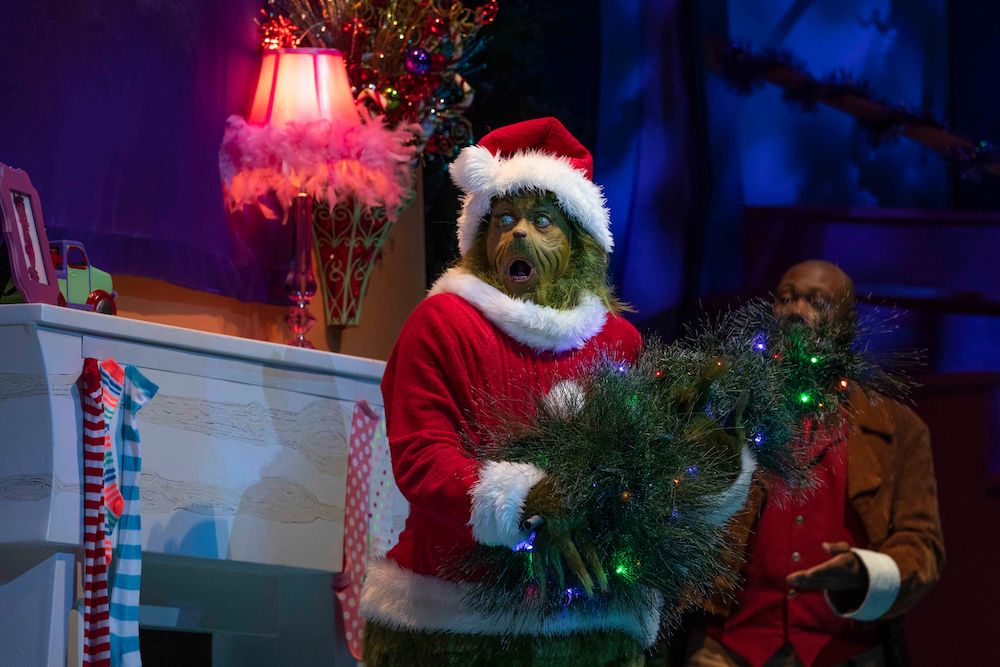 For those who are less than happy about the though of the holiday season, why not pay the Grinch a visit?

Check out the press release below to find out when and where to catch the best of the holiday season at Universal Orlando Resort.

UNIVERSAL ORLANDO RESORT’S HOLIDAYS CELEBRATION BEGINS THIS SATURDAY AND JINGLES ALL THE WAY THROUGH JAN. 5, 2020

Guests Can Take Their Holiday Traditions to the Next Level and Experience a Unique Celebration across the Entire Destination – from Merry Festivities to the Maven of Mischief, [t]he Grinch – and More

ORLANDO, Fla. (Nov. 13, 2019) – Beginning this Saturday, November 16 and running daily through January 5, 2020, merry, mischief and thrills all combine as Universal Orlando Resort unwraps its annual Holidays celebration. Guests will find a winter “fun”-derland that the entire family will enjoy with incredible holiday experiences across the entire destination that put a twist on the traditional. There’s nowhere else that they can:

Access to Holidays festivities [is] included with admission to the theme parks or with an Annual Pass (blockout dates apply). The merriment continues when guests stay at Universal Orlando’s hotels, which feature seasonal décor, holiday activities including festive meals and more.

Guests can also take advantage of the Vacation Stay and Play Package, which gives them up to $200 in savings on travel from now to January 5, 2020. And Florida [r]esidents can save up to $75 on all Annual Passes now through January 6, 2020.