Dame Maggie Smith just doesn’t quit! The 85-year-old actress was spotted filming her new Netflix movie, A Boy Called Christmas, while bundled up against the cold in a cloak, not unlike something we might see Professor McGonagall wearing. 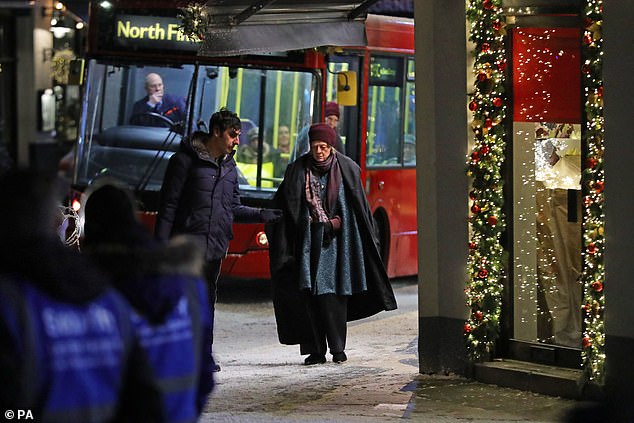 The film, which also stars Jim Broadbent (Professor Slughorn) and Toby Jones (voice of Dobby), tells the story of a boy named Nikolas who travels to the North Pole in search of his father and the elven village of Elfheim. Nikolas is joined by a headstrong reindeer named Blitzen and his loyal pet mouse for the adventure of a lifetime in this adaptation of Matt Haig’s book. 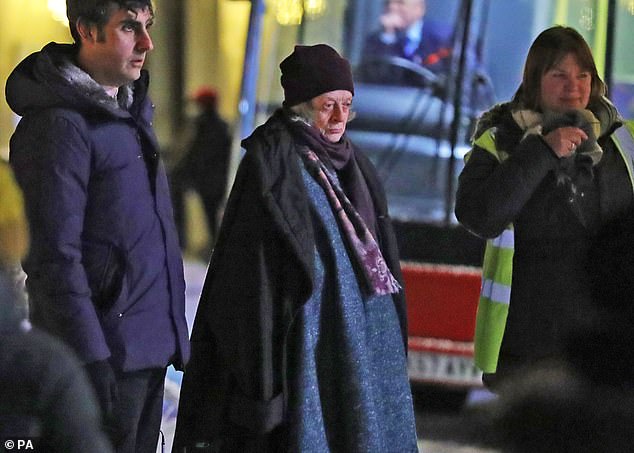 Smith plays a character called Aunt Carlotta, but the details of her part in the film are otherwise a mystery. All we know from the photos is that she appears on a bus in the streets of Primrose Hill in London.

We can’t wait to see Dame Maggie Smith in A Boy Called Christmas this holiday season! The film is slated to premiere this December.