Do you collect Funko Pop! Vinyls from the Wizarding World? Well, get ready to add some brand-new characters to your collection! At the London Toy Fair, several new Pop! Vinyls were released, including eight standard-sized Pop!s, two 10″ Pop!s, three Pop! keychains, and one Pop! Movie Moment featuring Harry and Voldemort.

There are some incredibly unique Pop!s among the new releases. The Boy Who Lived is featured four times in the new collection of standard-sized Pop!s. First, he is seen holding two wands – just like at the end of Harry Potter and the Deathly Hallows. Harry also has two new Pop!s holding the Invisibility Cloak. Harry is also seen as a baby in the arms of Albus Dumbledore, which may be the sweetest Pop! we’ve ever seen.

The final four in the new collection of standard-sized Pop!s include Neville with The Monster Book of Monsters, Hermione using the Levitation Charm on a feather, Ron puking slugs into Hagrid’s bucket, and Draco with a spider on his face. 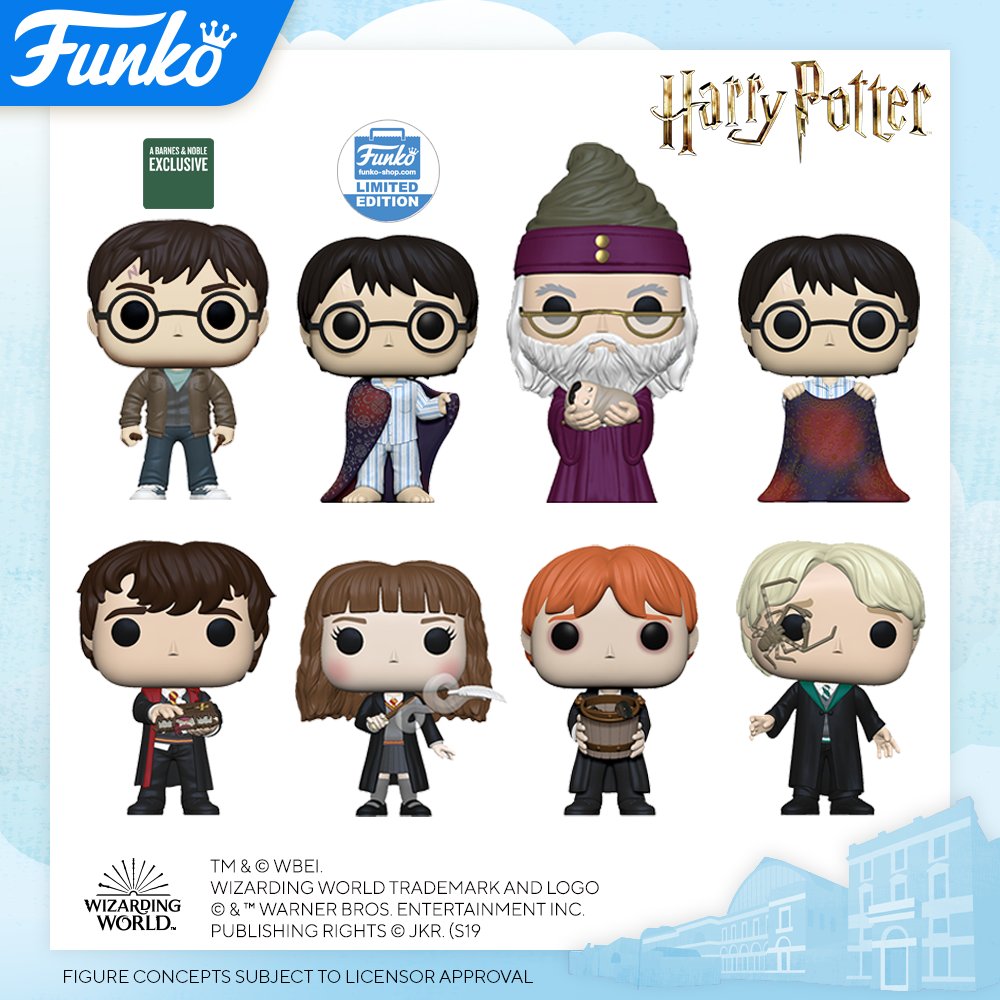 Each of the new Funko Pop!s has a unique look to add to any Funko collection.

The two 10″ Pop! releases are incredibly magical. Funko gave us the greatest wizard and the greatest villain – Dumbledore and Voldemort – both with their creature companions. Dumbledore is dressed in his lovely lavender robes, and Fawkes the phoenix is perched on his hand. Voldemort is holding his yew wand, and Nagini is wrapped around his shoulders. 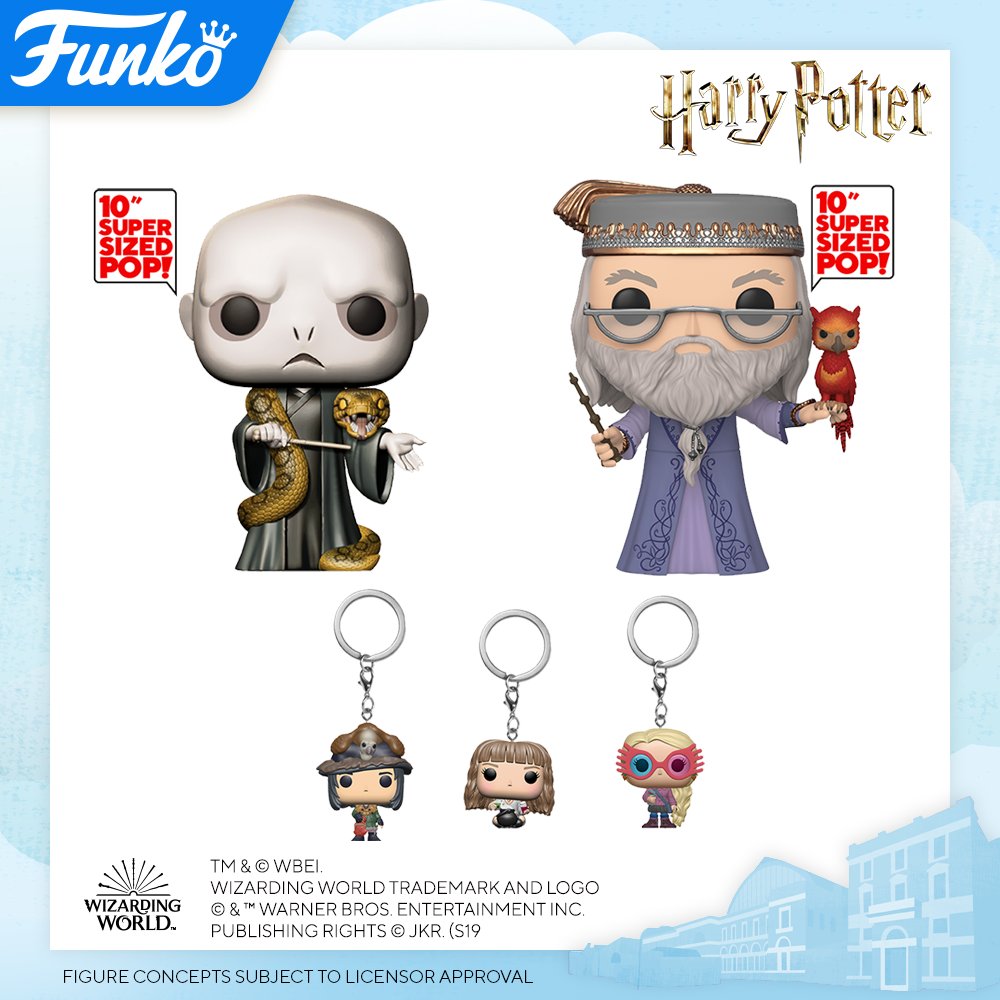 These two magnificent 10″ Pop!s make a great addition to any Funko display.

The last release from the London Toy Fair 2020 is a Movie Moment featuring Harry and Voldemort’s duel from the graveyard in Harry Potter and the Goblet of Fire when their wands connect. 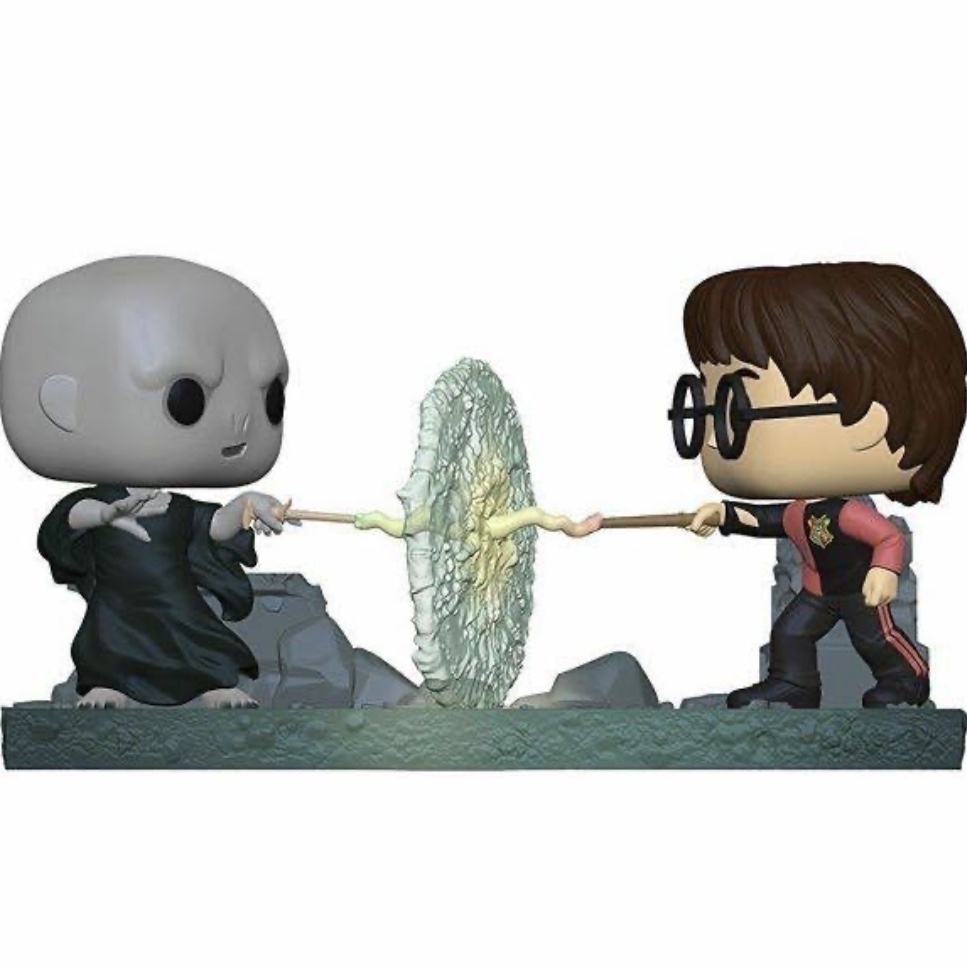 Which brand-new Pop! are you most excited to purchase? Let us know in the comments!