As previously reported, J.K. Rowling confirmed that she had completed the fifth novel in the Cormoran Strike series at the beginning of this year. Now a title for the new novel, which will be published under the pseudonym Robert Galbraith, has been revealed.

Troubled Blood is set to be published on September 29, and while no further information has been revealed in terms of plot, readers are sure to be speculating for the next few months about what this new novel will bring both in terms of mystery and in regard to Strike and Robin’s stories.

Readers will also be eagerly awaiting the cover art for Troubled Blood, which may reveal clues to the events in the fifth installment of the Cormoran Strike series. 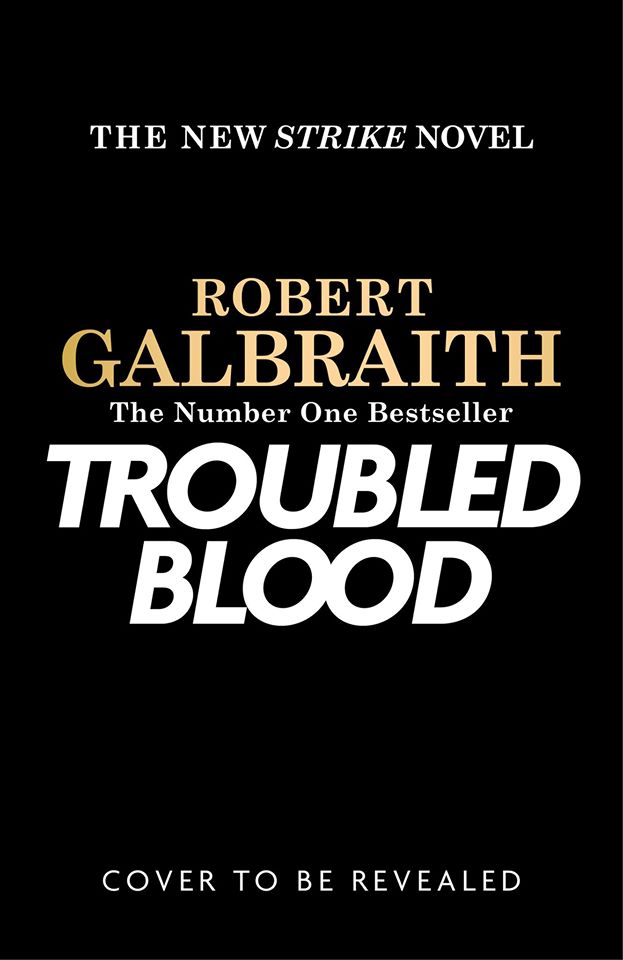 By the time Troubled Blood is published, it will be just over two years since the publication of the previous novel, Lethal White. It was revealed not long after the publication of Lethal White that Tom Burke and Holliday Grainger will return to the small screen as Strike and Robin in an adaptation of the novel. There’s no information as to whether there are plans to also adapt Troubled Blood for television, but we’re sure it will be a question fans are asking once they have their hands on the new novel.

What do you hope will be to see in Troubled Blood? Let us know in the comments!