How can the expansive world of Harry Potter fit into 12 perfectly portioned volumes? In Harry Potter: Film Vault: Volumes 1–8, Insight Editions has made it happen.

At first glance, all eight books are bright and colorful and showcase beautiful art on the covers. Each book comes with an exclusive art print. They are each 63 pages in length, which is shorter than I thought they would be. The author, Jody Revenson, does a good job in this aspect, though. Each book covers a particular topic, ranging from creatures, places, and events to significant assemblies of people from the Harry Potter books and movies.

This first volume includes just a few of the numerous and beautiful creatures from across the series. My first thought when I opened the book was how much I loved the amount of concept art. Facts are included about “first film appearance,” where they live, “design notes,” and a quoted description from some of the books. These insights are helpful for learning about creatures we see for a few minutes throughout the movies. Dragons are some of my favorite creatures of any fantasy series, and the dragons of the wizarding world are no exception. The volume is filled with facts and notes from artists and technicians who brought the beasts to life on the screen. 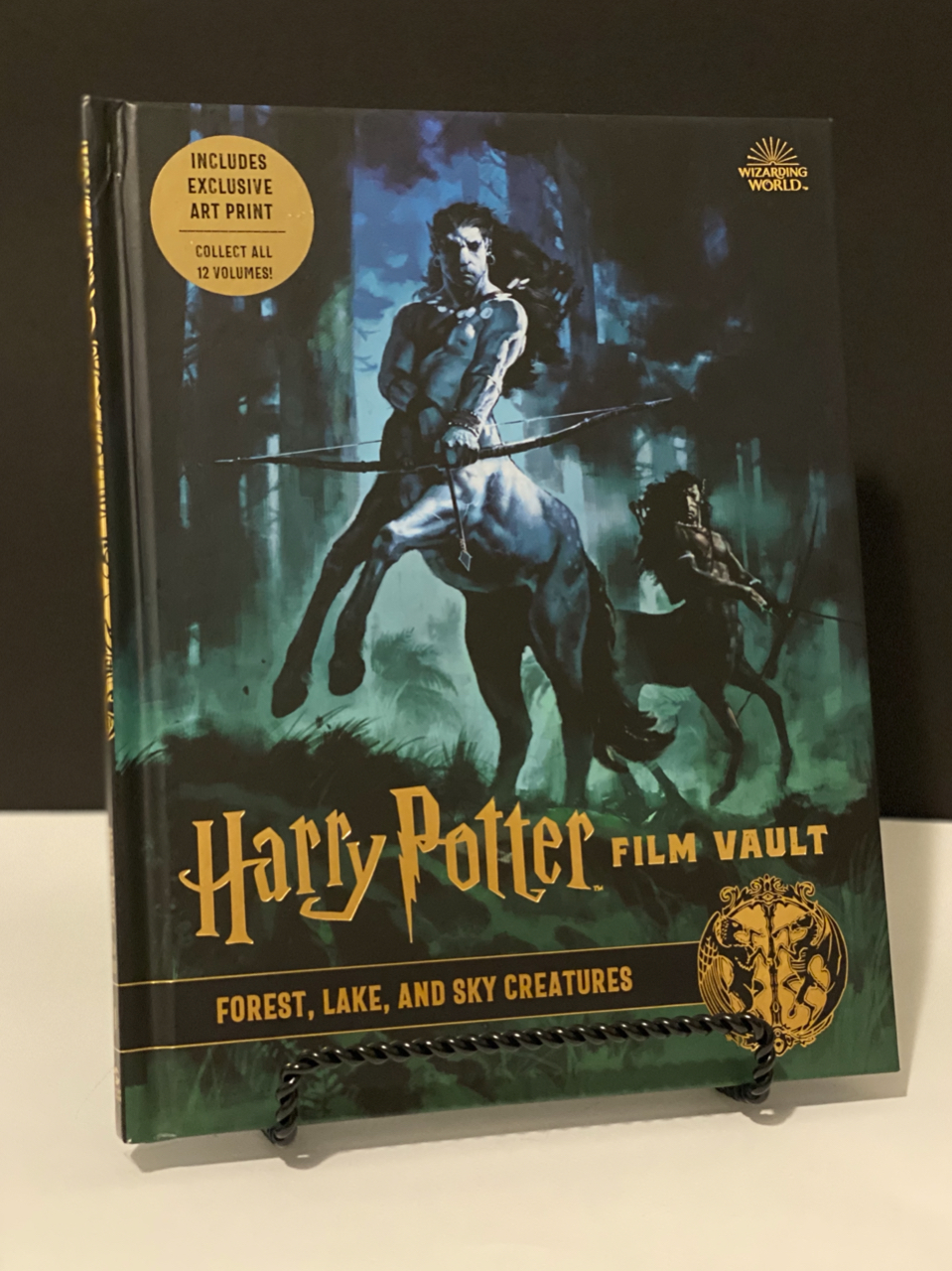 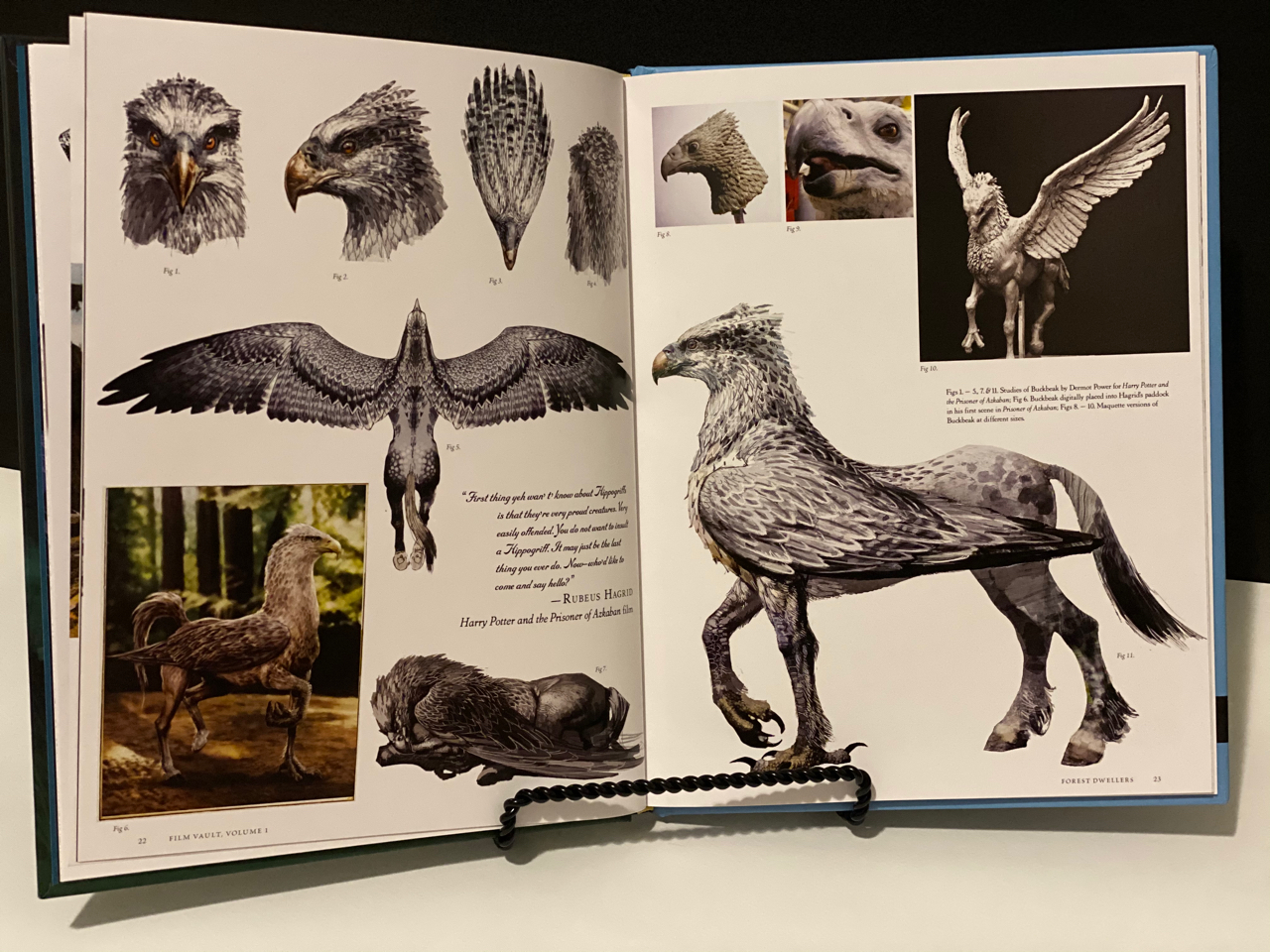 Volume 2: Diagon Alley, the Hogwarts Express, and the Ministry

The second book in the series covers some notable locations. There’s less concept art in this volume, but photos from sets and image stills from the movie are abundant. They really give you a good idea of the feel that these locations have. Set designers recall their intentions when building Diagon Alley, saying they wanted to make it “a Dickensian-style” style. In case you need it, there’s also a map of Diagon Alley with the shops labeled so you know exactly where everything is. One of my favorite parts of this volume is the full schematic layout of Gringotts and the massive underground cave system. 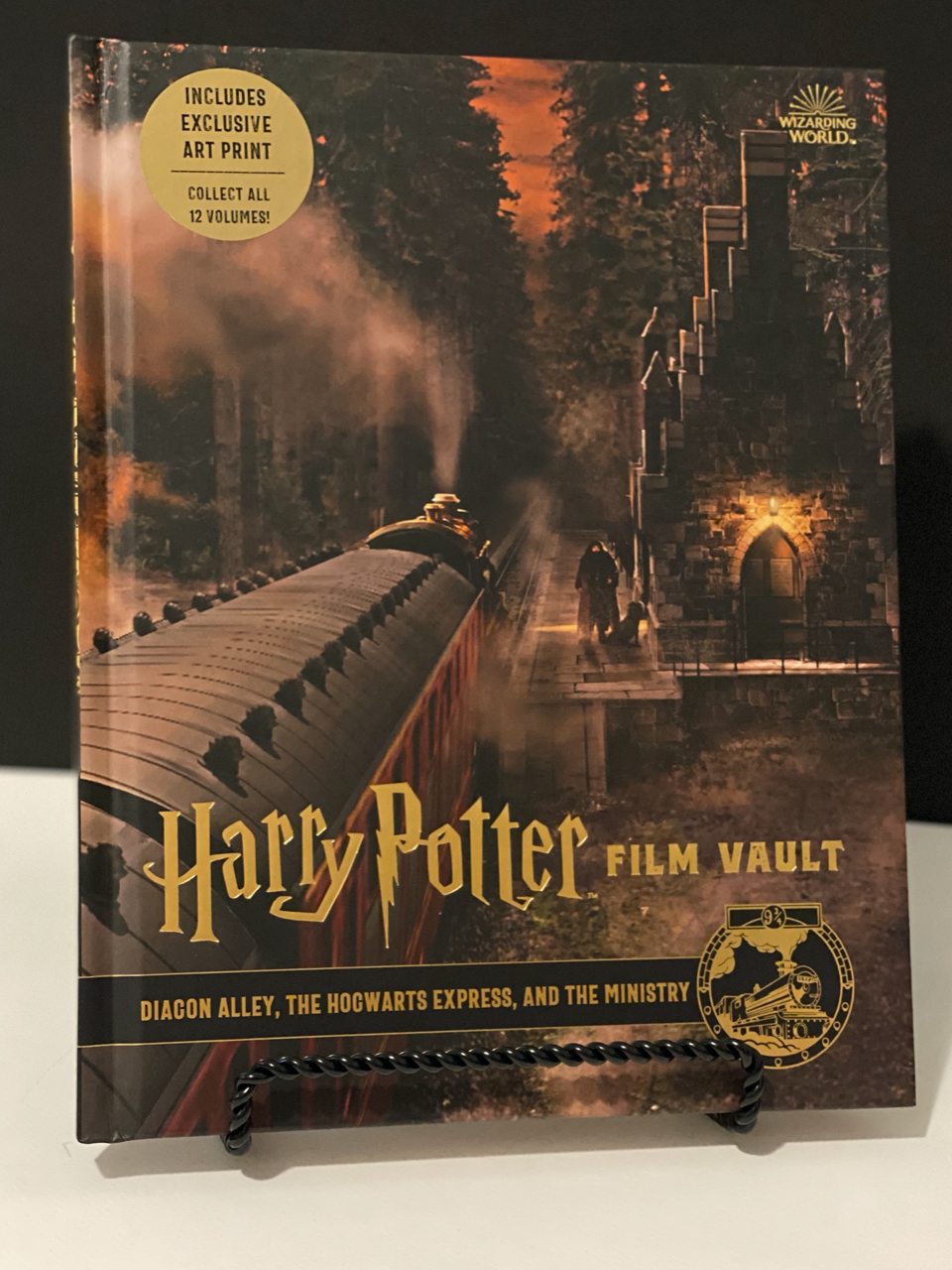 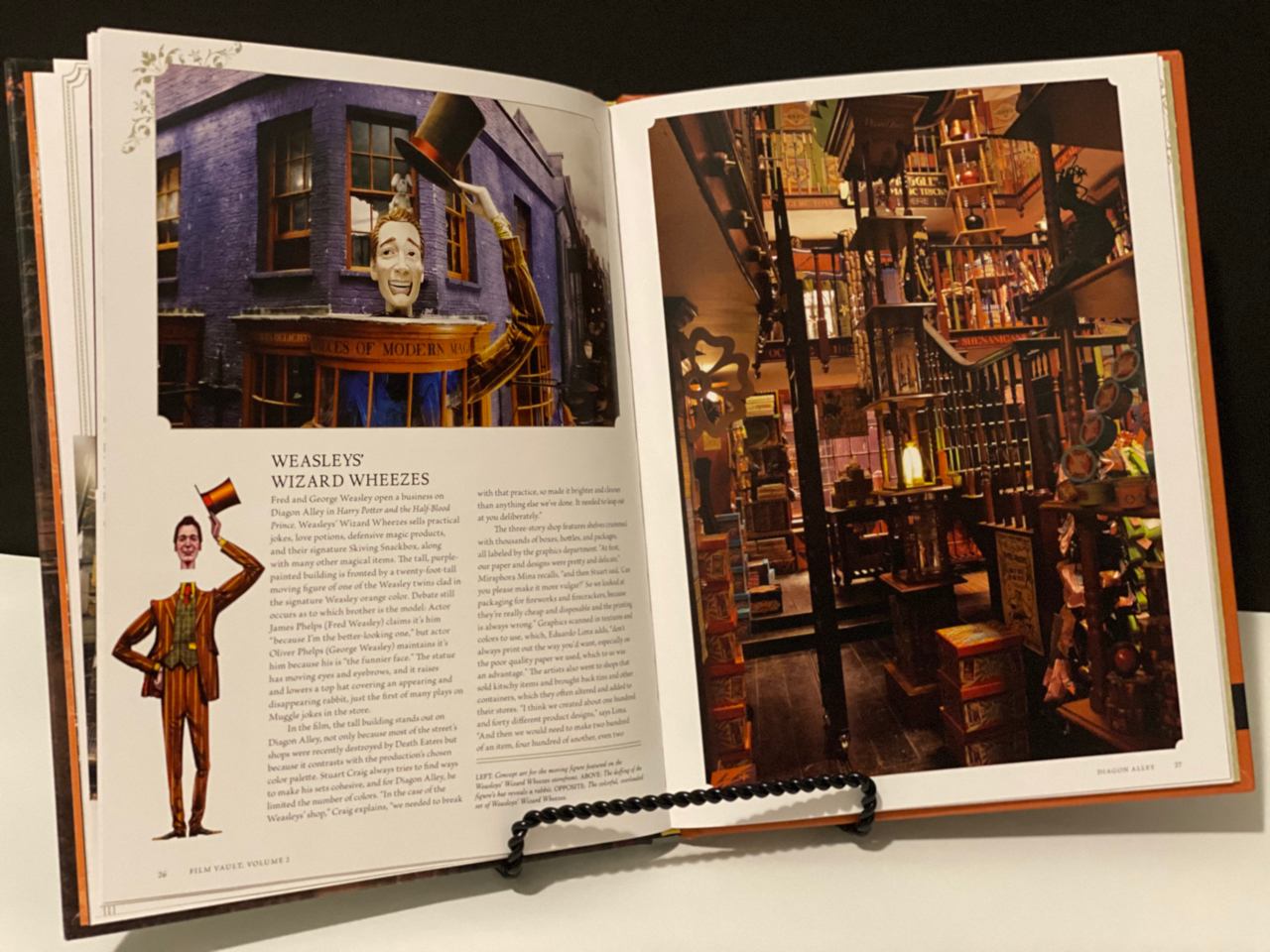 Volume 3: Horcruxes and the Deathly Hallows

While this volume discusses the development of Lord Voldemort’s Horcruxes, it also gives us knowledge on some other magical items. The Mirror of Erised, chess pieces from Sorcerer’s Stone, and the Sorcerer’s Stone itself are all here. I find the title mildly misleading, as there are only 16 pages of the book that talk about the Horcruxes. However, the volume is still chock-full of educational tidbits of magical objects that even Hermione would love. What I also really like about this volume is the inclusion of storyboard art. 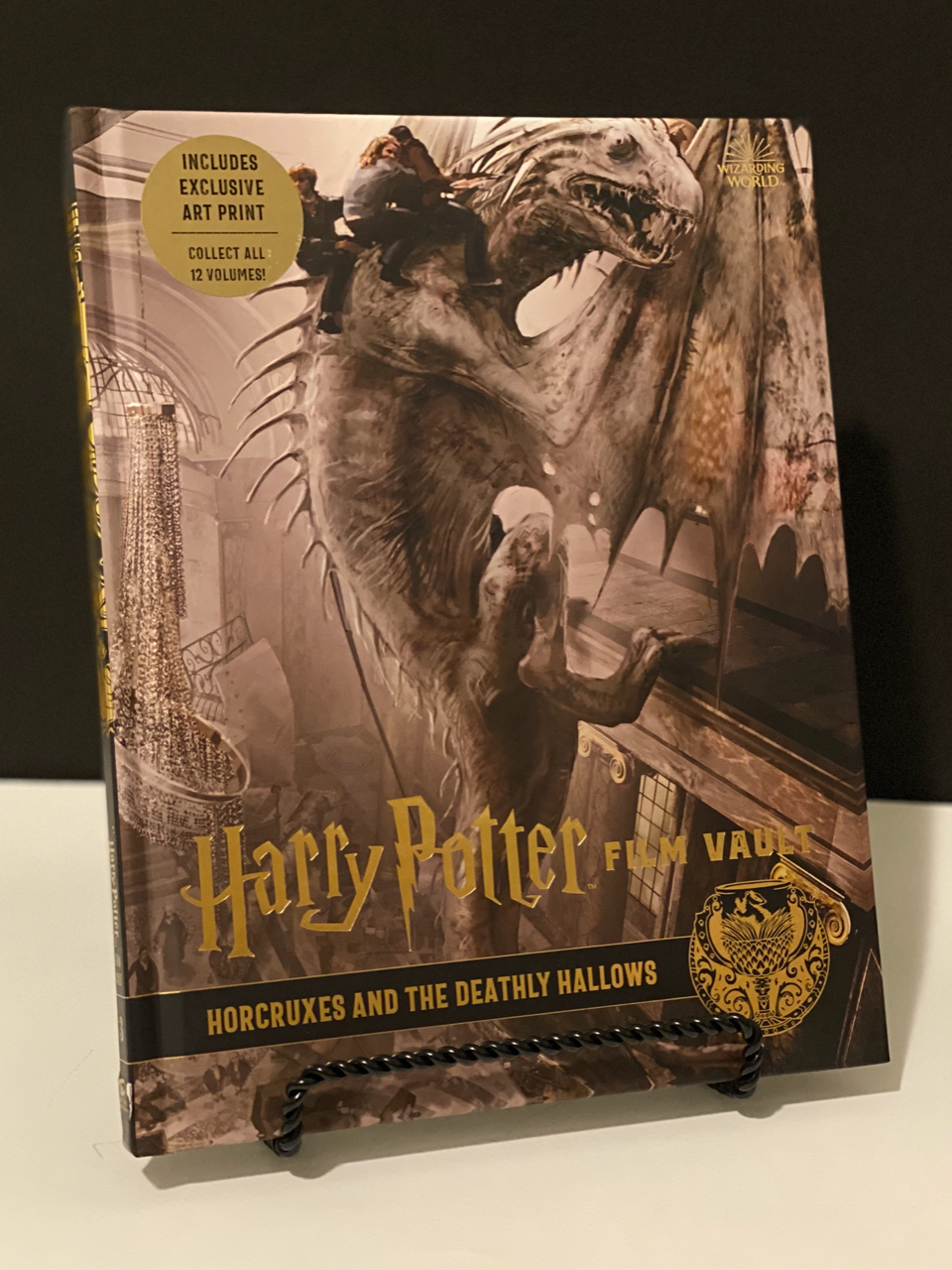 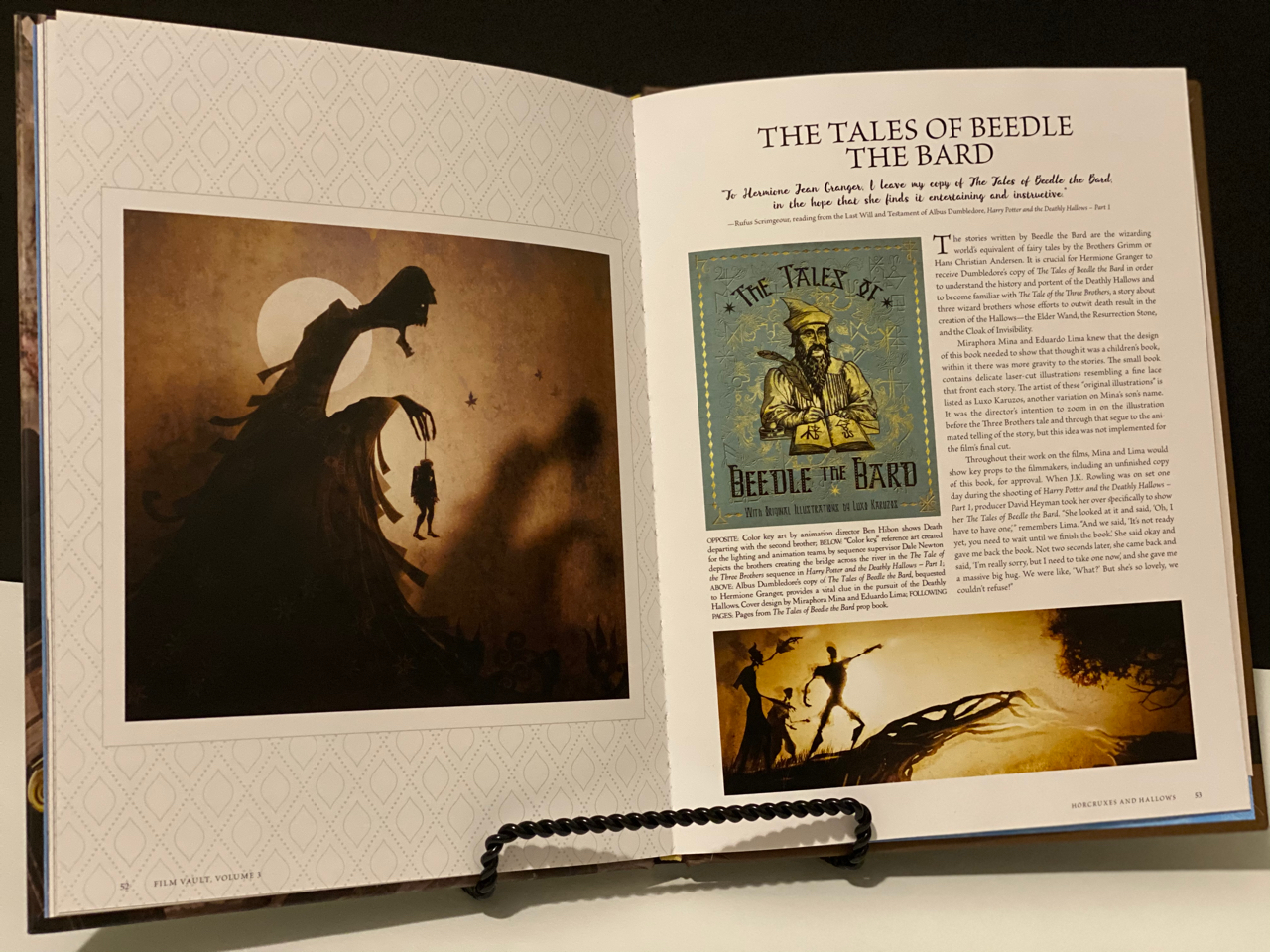 Volume 4 is probably one of my favorite books in this series. Every page is a detailed profile of each major character in the Harry Potter series. Starting with Harry himself, profiles include Ron, Hermione, Neville, and many more. Profiles include a description of that character’s House, occupation, and skill set. The part of this book that I like so much is the continuity reports and pictures from the Harry Potter sets. There are photos of the actors as children and all the way through to the last film. I found it to be like a short version of watching them film the movies all over again. 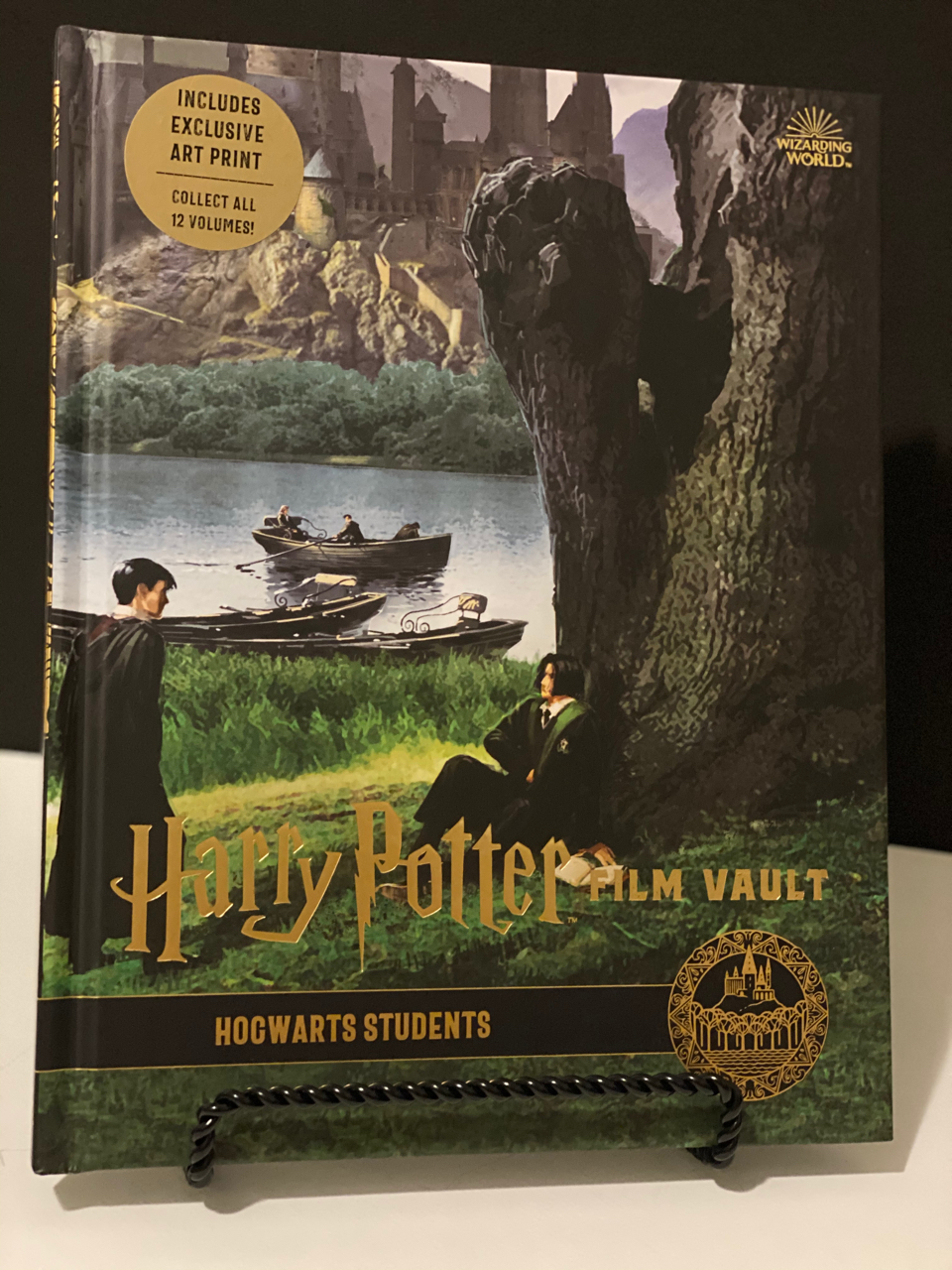 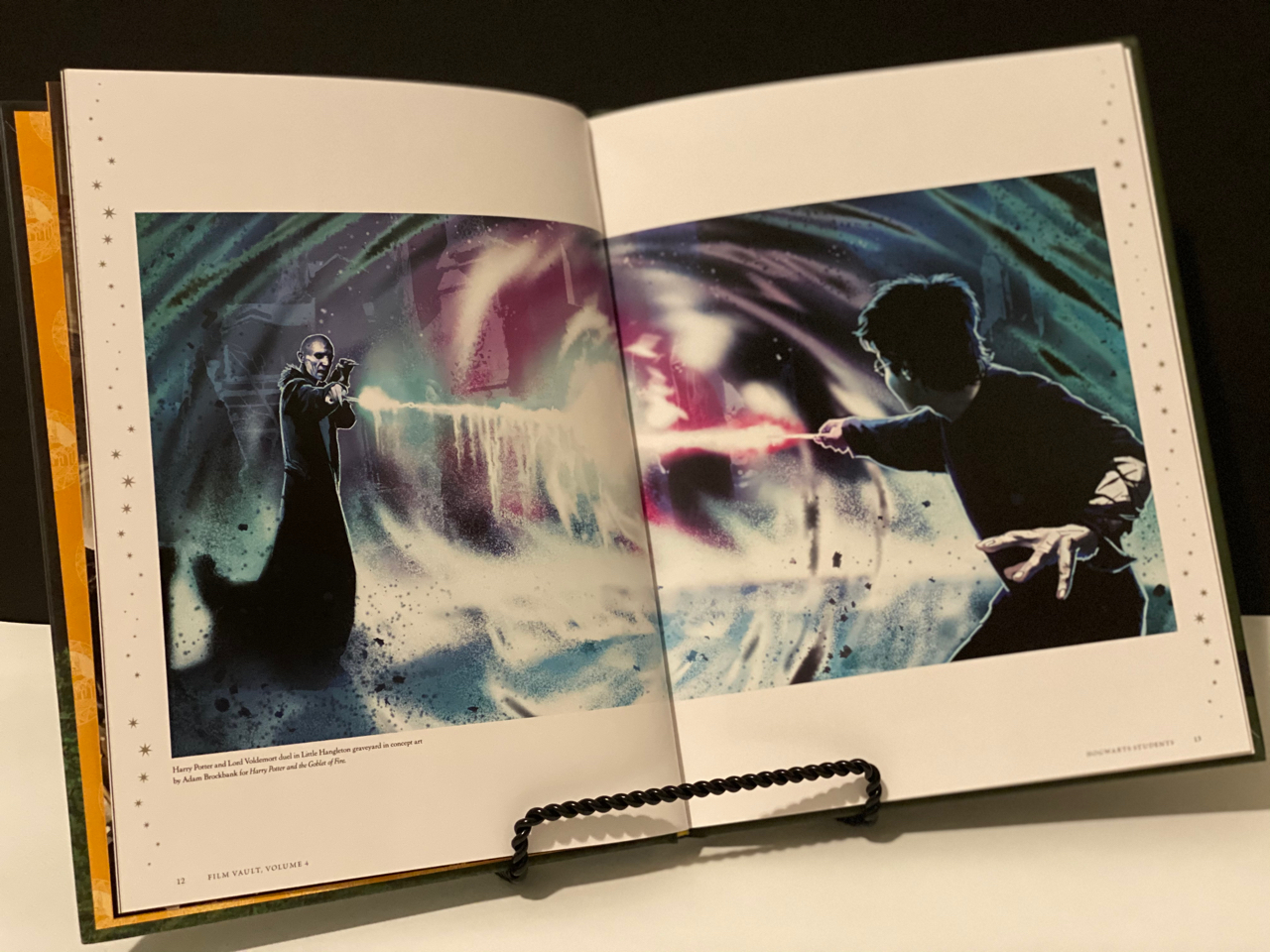 Owls, cats, and phoenixes, oh my! The creature companions in this volume are just so adorable. I do love the fact that there is a book dedicated to them. Similar to in Volume 4, each major companion has a profile that describes their film appearances, where they live, and what animal actors played them. For example, Hedwig was played by the owls Gizmo, Kasper, Ook, Swoops, Oh Oh, Elmo, and Bandit. Trust me when I say I just about squealed when I saw the list of animal actors. 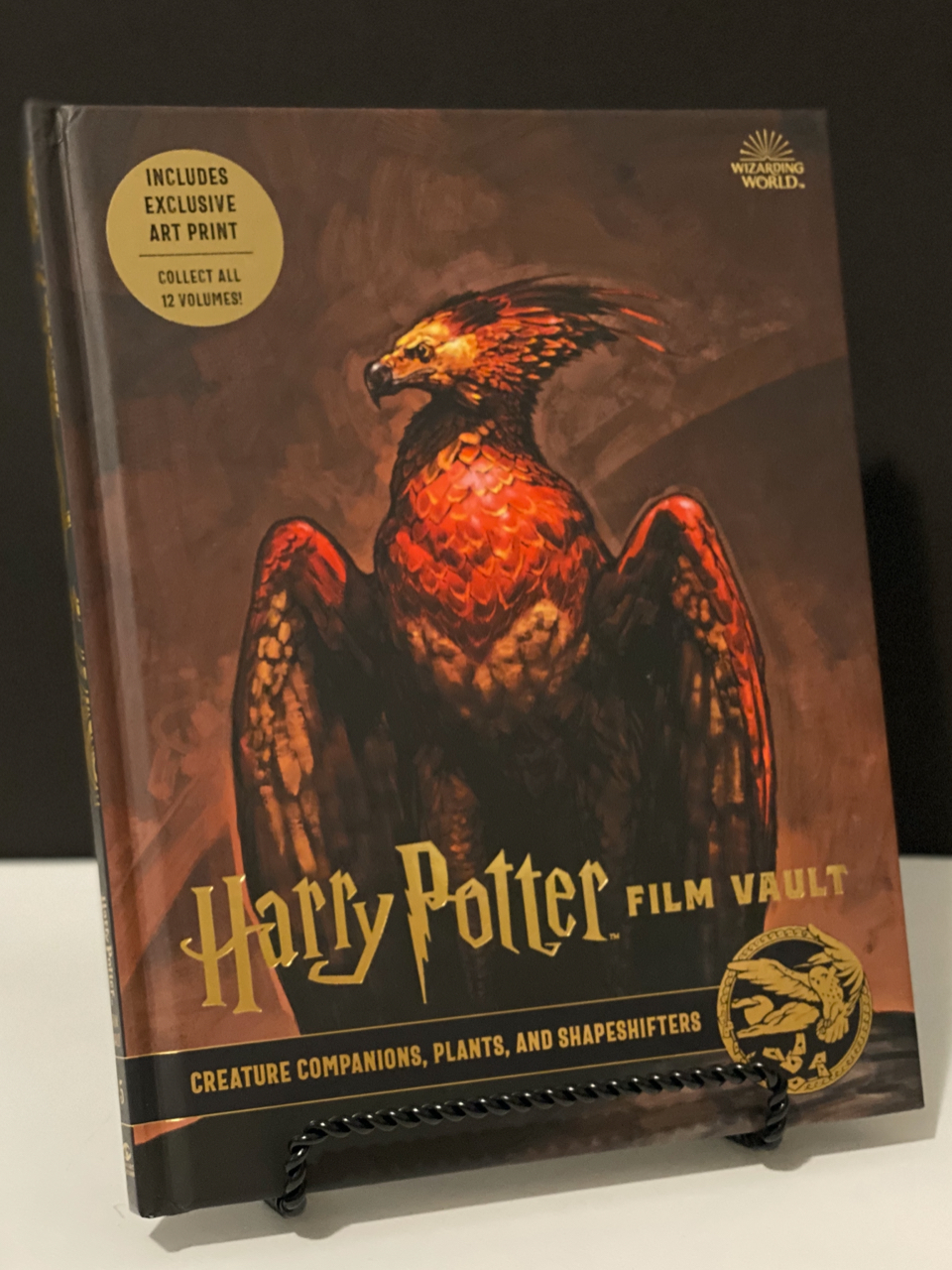 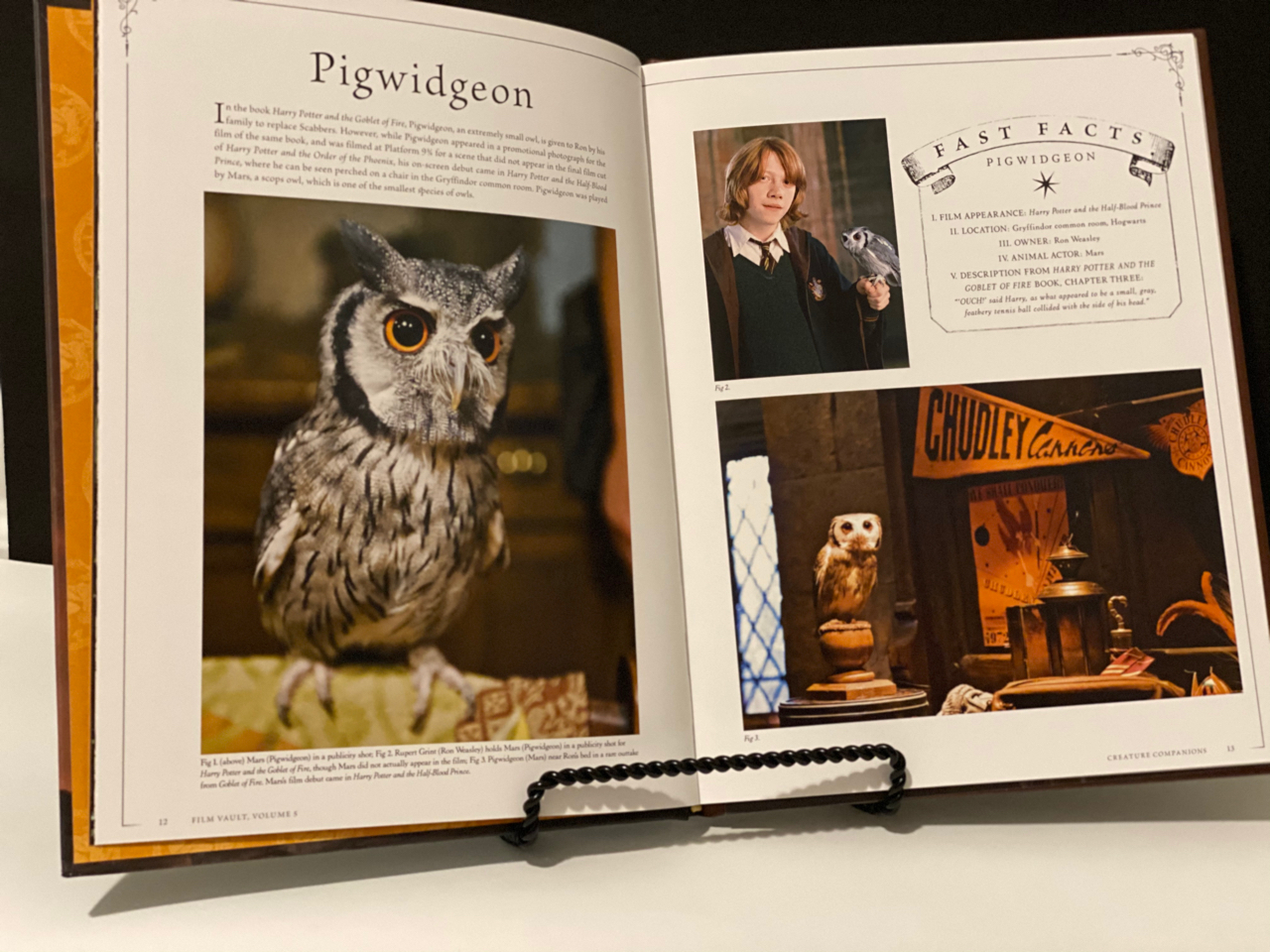 If you love maps, schematics, and architecture concepts, this if your book. The Hogwarts Castle volume has a lot of concept art, which makes sense since it took a lot of planning to get it right. Not only are there many different plans of the physical movie sets, but there are production photos that explain how the crew got Hogwarts to look full of magic. Behind-the-scenes photos and extras are some of my favorite parts of these kinds of books. 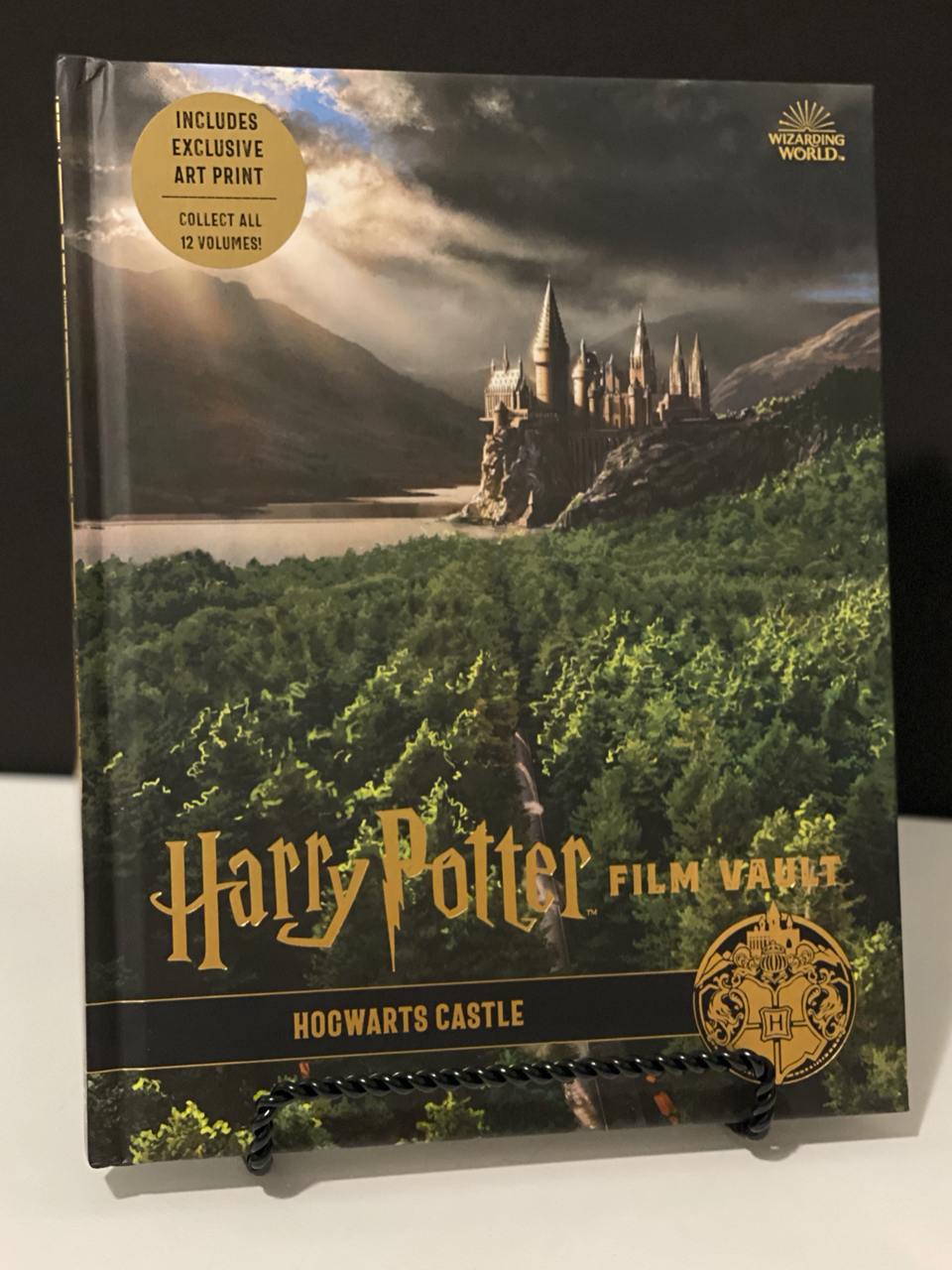 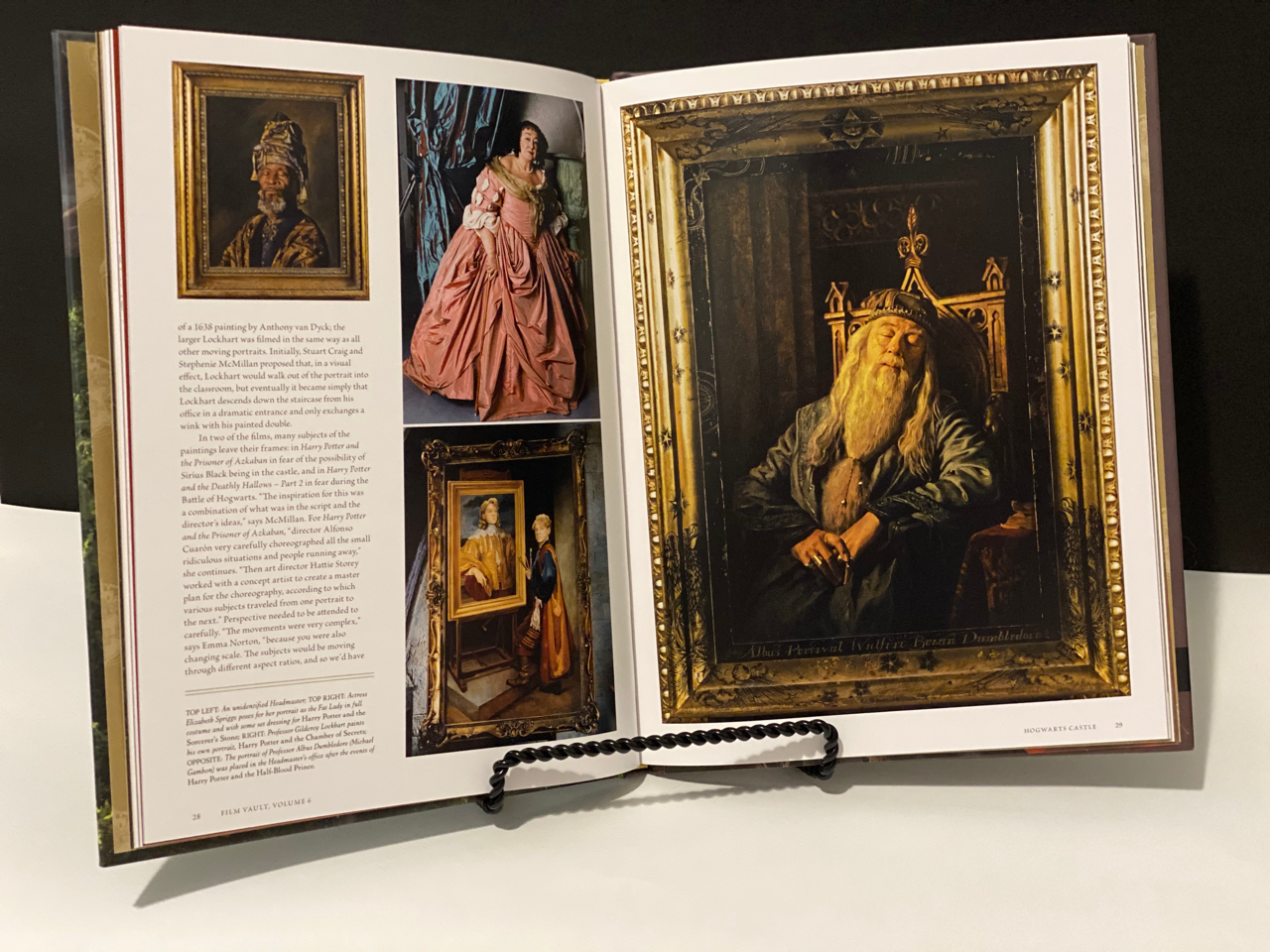 Volume 7: Quidditch and the Triwizard Tournament

I remember watching Quidditch in the movies and wishing I could play. This book has information about the equipment used, the uniforms, and the pitch on which the game is played. I particularly like the artwork used to design the uniforms. There is less concept art in this book as well, but there is no shortage of film stills, models of trophies, and props from the Triwizard Tournament. Key characters from the tournament, like Rita Skeeter, also have their own profiles in this volume. 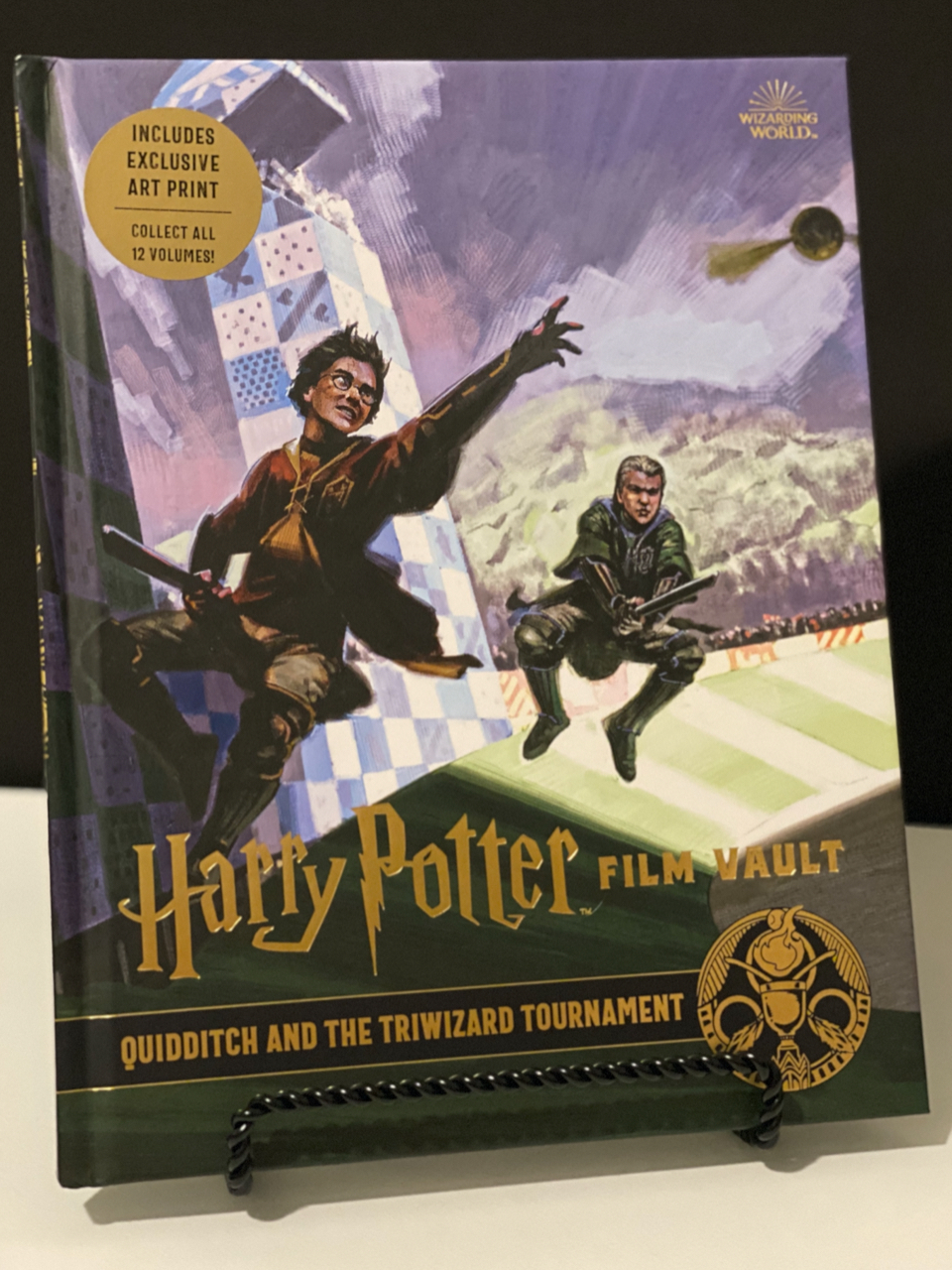 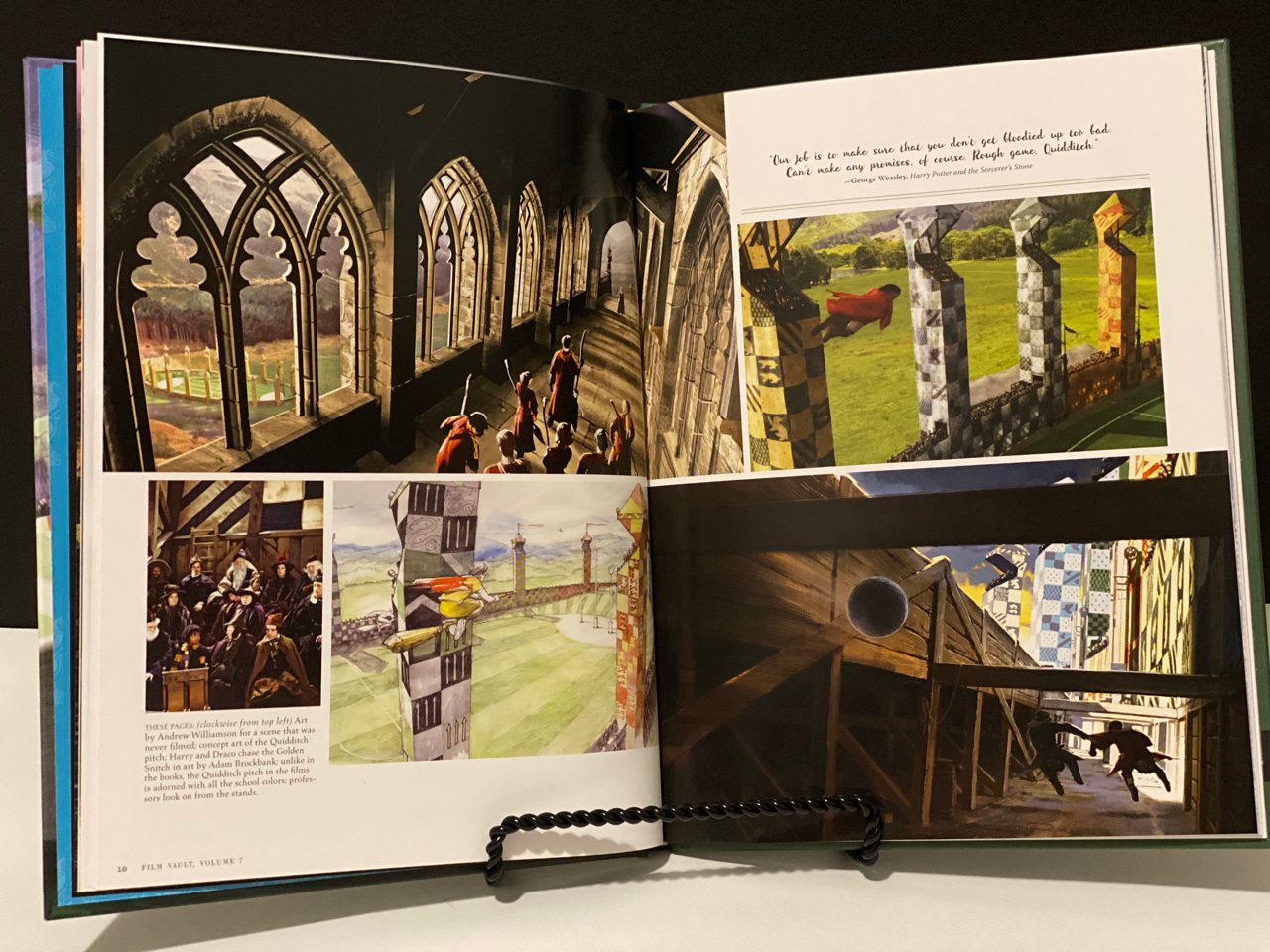 Volume 8: The Order of the Phoenix and Dark Forces

The eighth volume of the Film Vault series seems to encapsulate the final three movies of Harry Potter. I am glad to see profiles for the characters of the Dark Forces. Lord Voldemort, in particular, has a very detailed and thought-out concept art. I also liked being able to see members of the original Order, including James and Lily Potter, Sirius Black, and Aberforth Dumbledore. 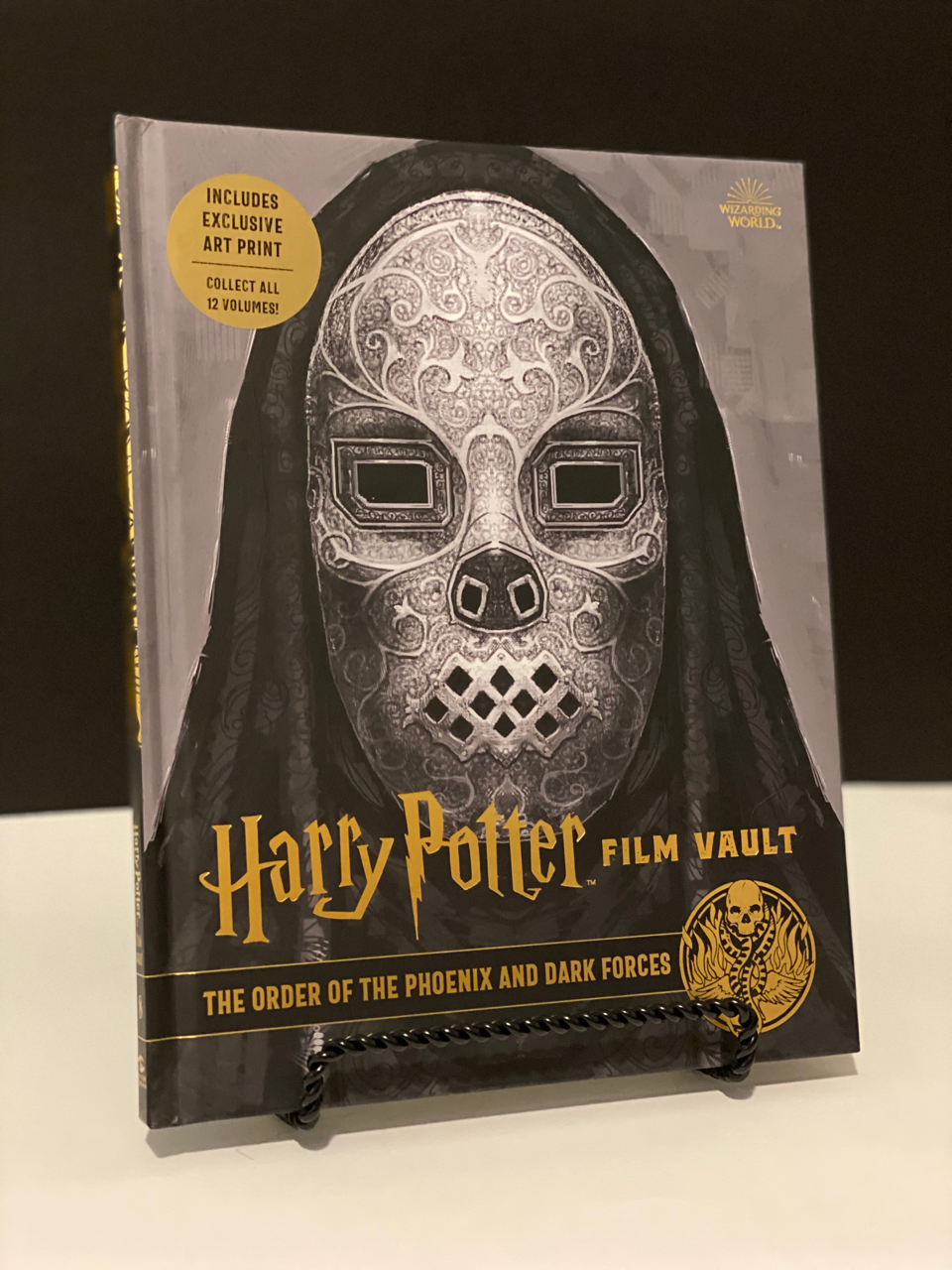 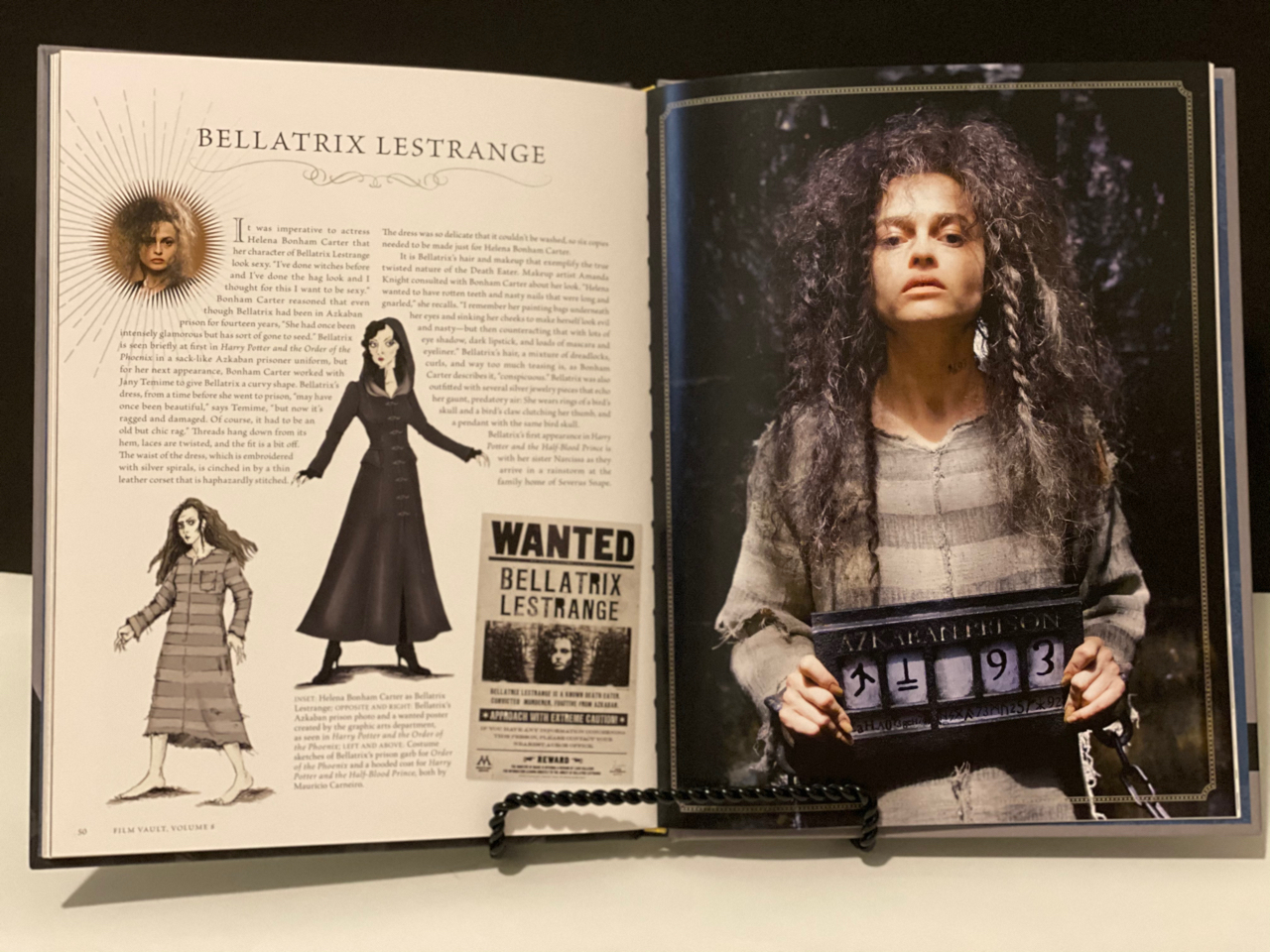 Overall, I enjoyed each volume of the Film Vault books. The one downside was the lack of a table of contents. If you’re looking for something specific, you’ll have to know which book to start with.

You can preorder all 12 volumes on the Insight Editions website. And take a look at our previous review of Harry Potter: Film Vault: Volumes 1–4.

A set of Volumes 1–8 of Harry Potter: Film Vault was provided by Insight Editions. All opinions belong to the reviewer.