CONTENT WARNING: Suicide, which is a theme of Rough for Theatre II, is mentioned in this review. If you’re struggling, please know that you’re not alone. You can reach out to the National Suicide Prevention Lifeline at 1-800-273-8255 or chat with a representative online.

The world has come to a standstill. A barren landscape, a postapocalyptic wasteland. The elderly live in bins. We’ve run out of painkillers. We’re down to the last biscuit, in fact.

No, this is not a prediction of a worst-case coronavirus scenario. It is Samuel Beckett’s postmodernist play Endgame, starring Daniel Radcliffe in yet another weirdly brilliant and brilliantly weird role. London’s Old Vic presents the popular postmodernist piece in a double bill with the shorter and rarely produced Rough for Theatre II. This 25-minute short play is sure to warm the audience into the deliciously nonsensical predicaments with which Beckett challenges his audiences. Two bureaucrats debate the fate of a third, “C” or “Croker,” the man in the window standing still for the entirety of the play. Should he jump or should he not? Daniel Radcliffe as the suave, cynical character “A” (or Bertrand) and Alan Cumming as clingy and anxious “B” (or Morvan) bring a quick and dynamic rapport as they weigh C’s history, list the pros and cons of his suicide, and leave us with a frustrating cliffhanger in true Beckettian fashion. 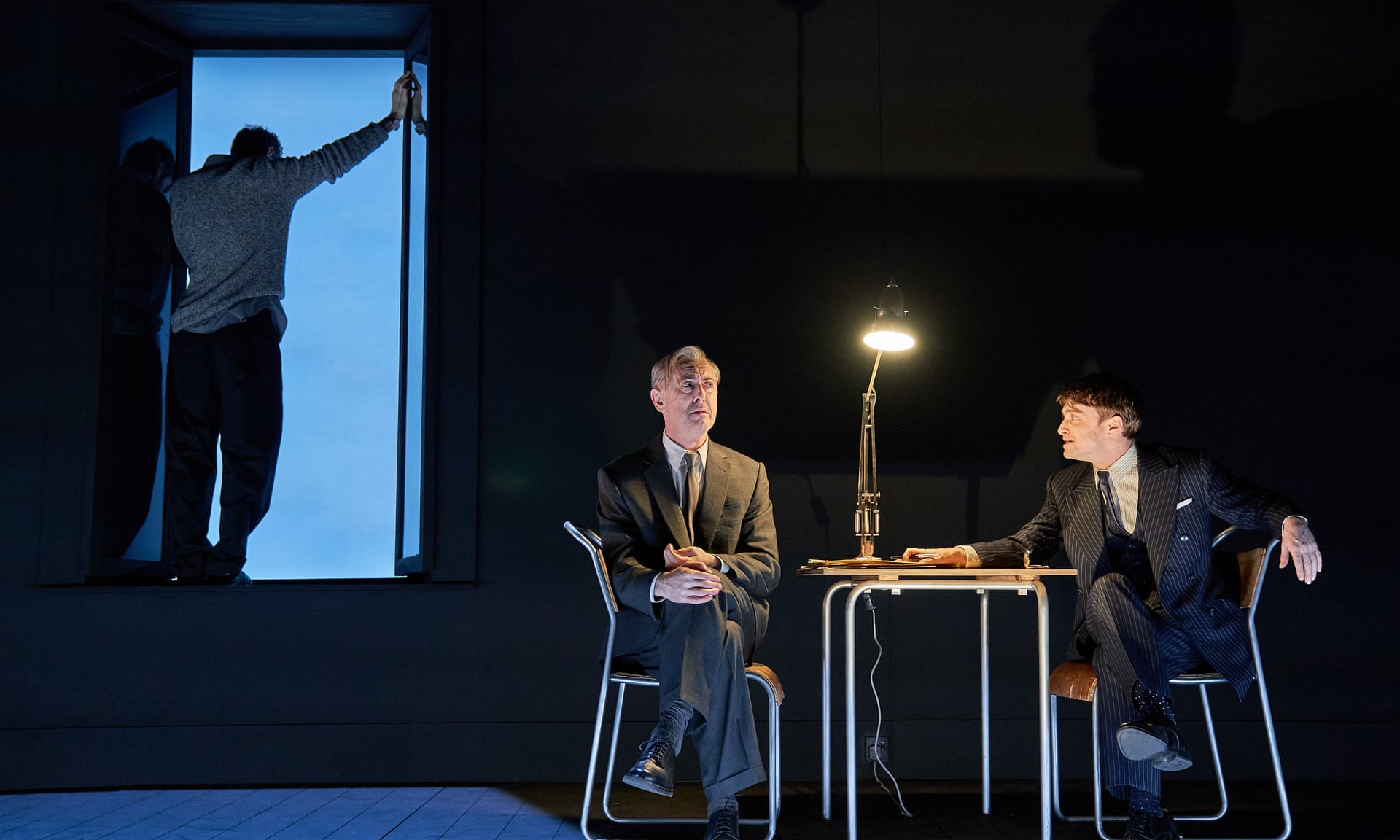 After the interval, we jump right back into the claustrophobic world of the much more widely known Endgame. For an extra Harry Potter-related treat, check out the TV version of Endgame (directed by Conor McPherson), starring Sir Michael Gambon and David Thewlis. Fair warning: Those fans of Harry Potter who just want the thrill of seeing Dan live but who haven’t read, seen, or studied any such works by Beckett or other postmodernists may come out of the theater completely baffled. Hell, I have heard from fellow, active theater people that they didn’t get it or didn’t like it. However, this frustration is exactly the effect we’re looking for here.

“Nothing is funnier than unhappiness,” says Hamm (Cumming) cruelly. There is indeed a lot of unhappiness here and not much else: We have three plain walls, a single picture on the left, two windows in the back too high to look out of without a ladder, two bins containing Hamm’s elderly parents in the front, and a single door to the right. In the middle is an initially sleeping figure that will reveal the marvelously thorny Hamm on his shabby throne. Enter Clov – that’s Radcliffe – who follows the notoriously meticulous stage directions perfectly as he climbs up and down the ladder. Clov is limping and maddened by what we can only assume is the end of the world forcing everyone to stay indoors. 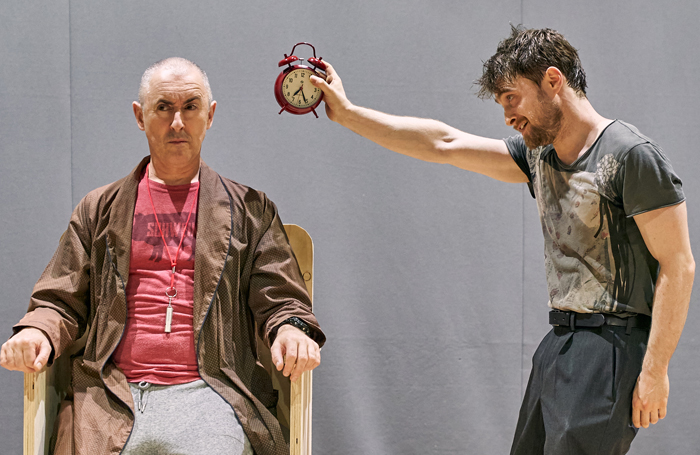 While in Theatre II, Radcliffe has the upper hand and charisma, in Endgame, he is subservient to Cumming’s commandeering Hamm, pathetic and miserable to the last. They play their verbal tennis match until they tire each other out sufficiently. Their going around in circles is intertwined with the oddest love story in the history of theater between Hamm’s parents, Nagg (Karl Johnson) and Nell (Jane Horrocks), which is surprisingly not forgettable here as it tends to be in other productions.

NOTE: In light of the coronavirus pandemic, the Old Vic has decided to suspend the presentation of Endgame for the next two weeks, essentially canceling the remainder of its run.