If you’ve had the chance to ride the newest attraction at the Wizarding World of Harry Potter at Universal Orlando Resort or even seen pictures, you might have noticed some leafy faces staring out from the stone ruins leading to Hagrid’s Magical Creatures Motorbike Adventure. These images are not just a creative fancy on the part of the designers but a common architectural motif with a storied past known as the Green Man. 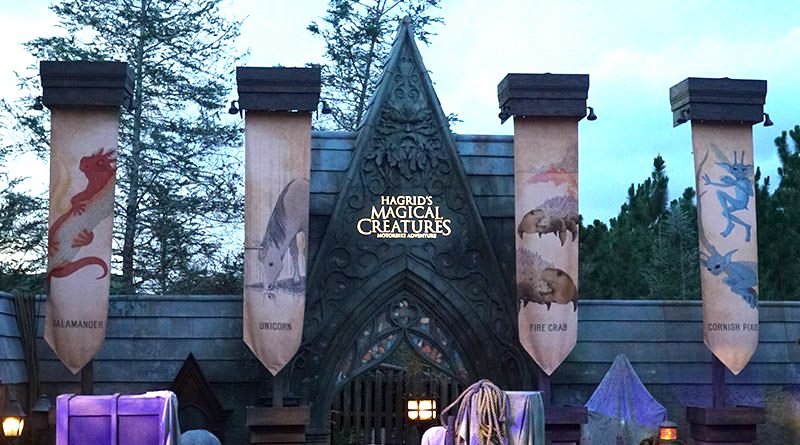 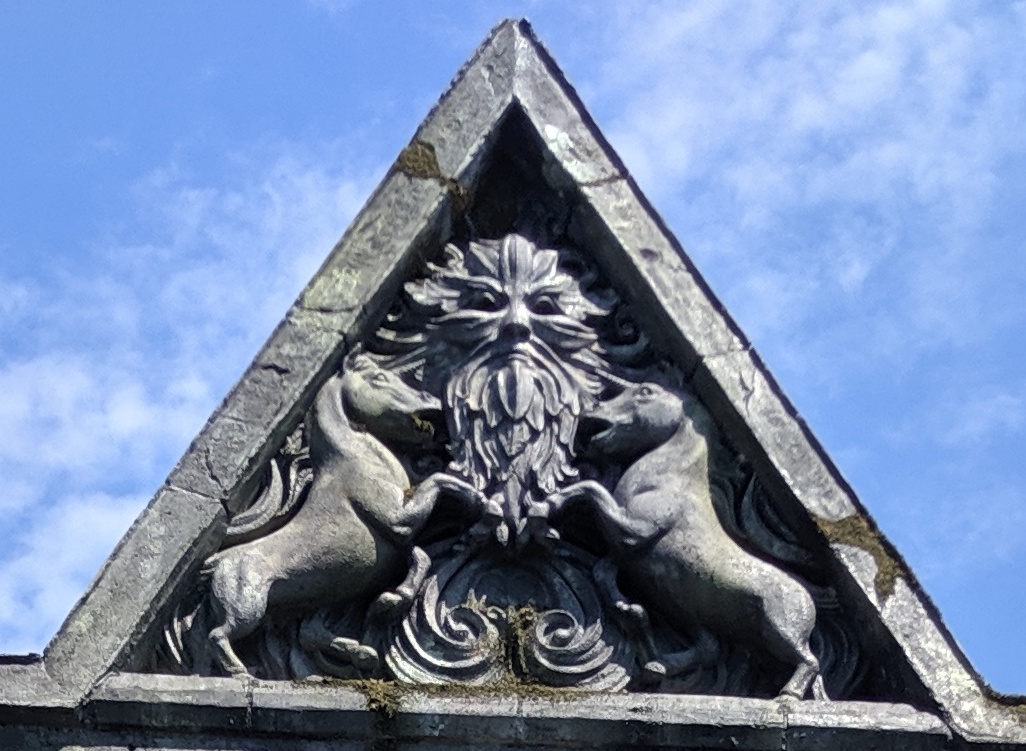 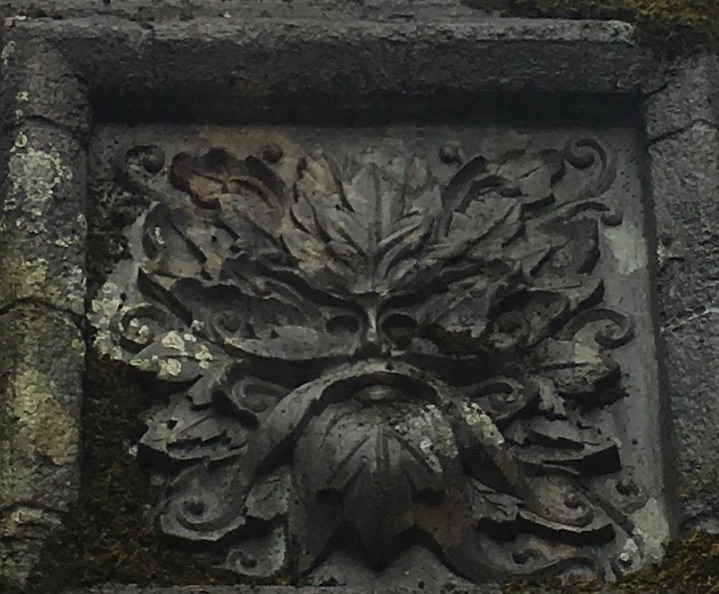 According to Creative Director Gary Blumenstein, the design was inspired by a comment J.K. Rowling made in a 2006 interview:

Hagrid was always supposed to be this almost elemental force. He’s like the king of the forest, or the Green Man. He’s this semi-wild person who lives on the edge of the forest, and for Harry, Ron, and Hermione, he’s benign, but he’s supposed to be quite intimidating toward the people who don’t, maybe, appreciate his particular taste in wild creatures, monsters.

In 1939, Julia, Lady Raglan gave the name “Green Man” to the foliage-covered faces frequently found in medieval architecture. Although particularly popular in churches, the Green Man bears more resemblance to a pagan nature spirit than any being in Christian theology. So who or what exactly is the Green Man? Where does he come from? The answer isn’t straightforward; he’s a somewhat enigmatic, nebulous figure. He is not a specific character in legend, like King Arthur, or a deity, like Zeus. There isn’t a particular myth or story in which he first appears that sums him up neatly. He exists in many forms and formats. 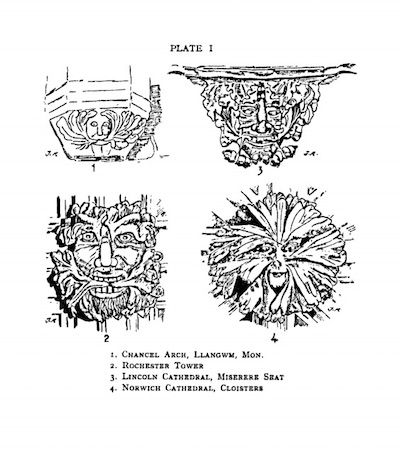 Although only a face, the Green Man has become imbued with meaning and personality, which have been projected onto or identified in numerous medieval and folkloric figures. These include Robin Hood and the Green Knight of Sir Gawain and the Green Knight as well as the modern characters of J.M. Barrie’s Peter Pan and J.R.R. Tolkien’s Tom Bombadil. As a fierce defender of nature, the Green Man may seem menacing to those who threaten it. Like Hagrid, he simultaneously embodies the harshness and gentleness of nature. He seems potentially dangerous but is nurturing and sensitive. Even so, he has the ability to be destructive if one fails to heed his warnings.

The half-giant Hagrid bridges the human and natural worlds and introduces his students to creatures they might find terrifying or savage. He believes in treating beasts with respect, and it is only when Draco Malfoy ignores his instructions that violence occurs and Buckbeak attacks. For those who are willing to be openminded, such as Luna Lovegood, there can be positive relationships with even the most ominous of creatures, like Thestrals. Hagrid’s love of creatures isn’t always practical or safe, but his intentions are good.

Hagrid’s parental feelings toward both creatures and Harry is another shared attribute with the Green Man. As Keeper of Keys and Grounds as well as gamekeeper, he is the guardian of the Forbidden Forest, caring for injured and endangered creatures. He calls himself Norbert’s mummy and introduces Harry to the wizarding world, giving him his first pet and guiding him as a parent would. Like watering a seed, he cares for Harry as he grows. 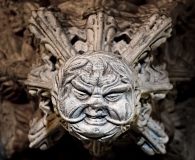 In addition to the Green Man’s alternately wild and tender disposition, he is also a symbol of rebirth, ushering in the sprouts, buds, and blossoms that return year after year. This quality applies to Hagrid as well, who attends Harry’s rebirth. Hagrid twice carries Harry from sites of his miraculous survival: He retrieves baby Harry from the ruins of his parents’ house and bears him from the Forbidden Forest after the second time Voldemort uses the Killing Curse on him. Like leaves returning in spring, Hagrid is always there when hope reappears in the form of the hero alive once more.

By incorporating this architectural trope into the design of Hagrid’s Magical Creatures Motorbike Adventure, the artists paid tribute not only to the medieval inspiration behind Hogwarts but also to the gentle, rugged guardian of nature and life who takes us for a wild ride.