The Gryffindor Common Room Gets a Modern Redesign!

It’s high time for the Gryffindor common room to get an upgrade! British retailer Carpetright and designer Giovanni Scippo teamed up with interior design studio 3D Lines to give the old set a well-deserved update for the Hogwarts students of 2020. 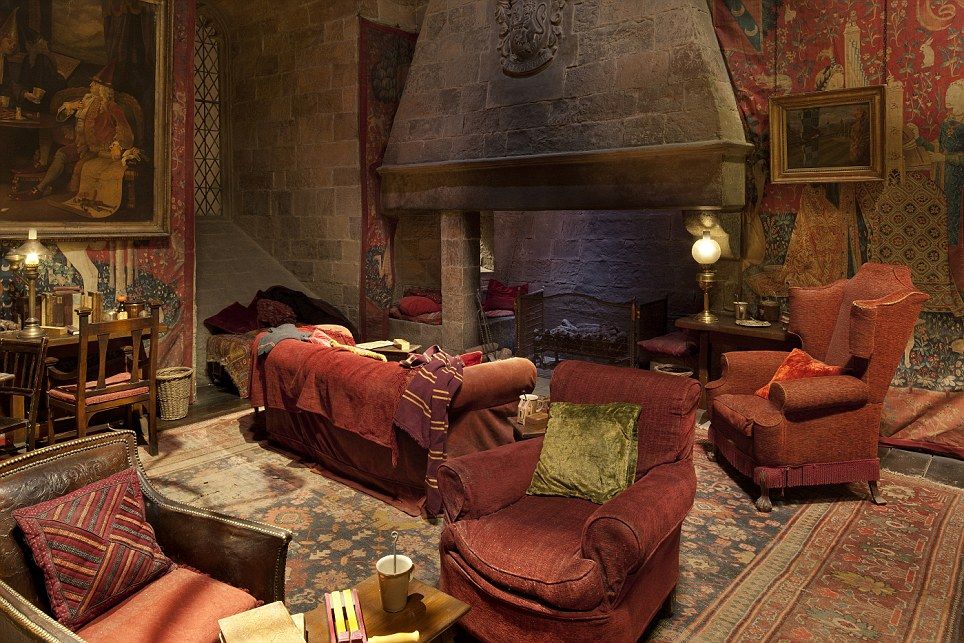 The original design is cozy and comforting – the perfect backdrop for countless scenes from the books and movies. Still, the furniture and wall decorations look like they’ve been there since Hogwarts was founded. The 2020 version does away with the outdated decor and replaces them with modern pieces while keeping the warm color scheme. 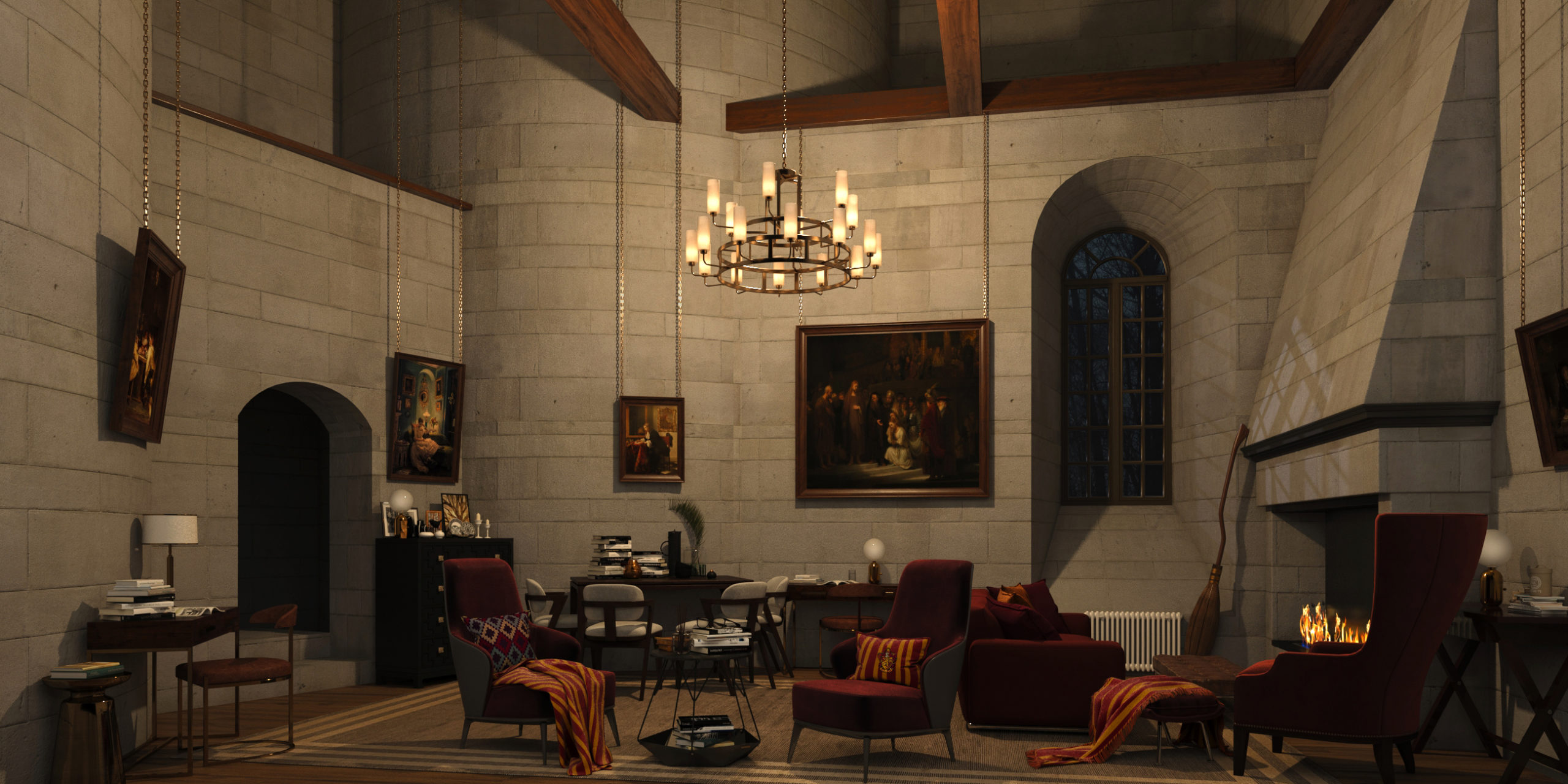 Though tapestries were used in the 18th century as a form of insulation, there are charms for that in 21st-century Britain – as well as central heating. The worn-out tapestries have been replaced with beautiful exposed stonework, which also surrounds the roaring fireplace that acted as a centerpiece to so many Floo powder calls to Sirius. 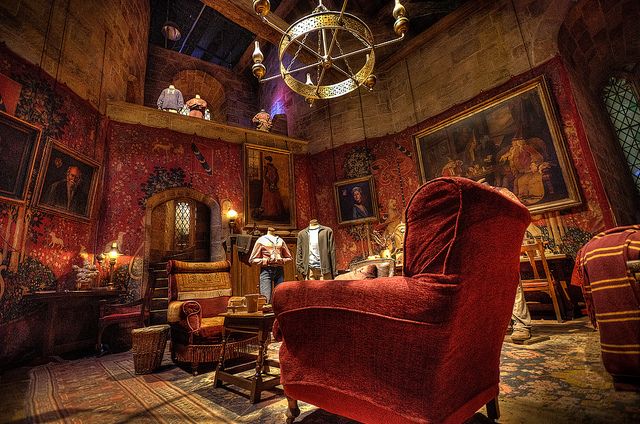 Next to go are the frayed armchairs – Ron won’t have to kick first years out of his favorite seat by the fire anymore. They’ve been replaced with modern seats in the traditional Gryffindor colors, as well as blankets, cushions, and a gold-embellished rug that students can curl up on to study. The huge gold chandelier also gets a modern twist.

Still, no common room would be complete without the signs of its students! Stacks of books and parchment cover the tables, with Harry’s glasses perched on top and a Firebolt leaning in the corner.

Bravo to the creative designers who made this gorgeous redesigned common room. You can check out more of their designs, like Sherlock’s flat and the nursery from Mary Poppins, on Carpetright’s website. How would you update the other three house common rooms?