While the COVID-19 pandemic continues globally, resulting in various shops and locations closing down, there has been an increase in creative ideas from the Harry Potter community that can be done at home. A few weeks ago, it was announced that there would be a virtual Harry Potter tour where fans can experience the magic of the series’s film locations from home. Since then, fans have come up with some more creative ways to pass time while still incorporating Harry Potter into their lives.

While stuck at home during the COVID-19 lockdown, Alex Thompson decided to put his creative talents to work to make a custom Harry Potter Monopoly game for his girlfriend, Chloé Niland. The project itself, which required a lot of time and effort, as well as playing the game, will keep them both busy for a while. 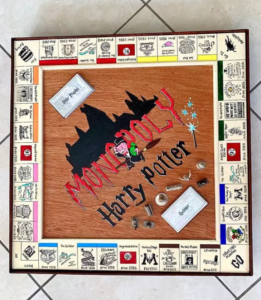 Although the custom game was made for Chloé, both she and Alex can enjoy it.

Harry Potter has just been a series I’ve always loved. I read each of the books when they first came out, and since the films came out, I’ve also watched them a ridiculous [number] of times too. […] We played the normal Monopoly again recently and started discussing how good a Harry Potter Monopoly would be, as there would be so many choices for places to put on the game board.

After searching online and having no luck finding an official Harry Potter Monopoly game, Alex decided to get creative and make his own. Due to COVID-19 and not being able to go out to get materials, Alex decided to use items that were already in their home to decorate the custom game, with the exception of the gameplay pieces that were purchased online. 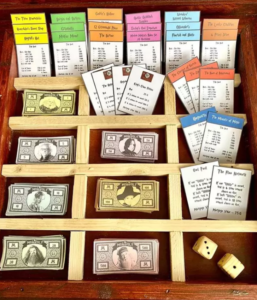 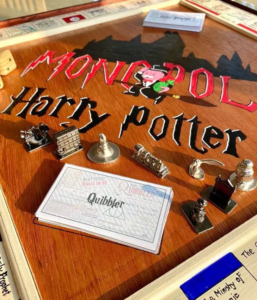 What do you think of this incredible custom Harry Potter Monopoly game?