Harry Potter and the Cursed Child – whether you love it or hate it, you cannot deny it has been one of the most successful stage shows to take Broadway and the West End, winning a plethora of awards and setting ticket sales records along the way. It is currently showing in seven countries, playing to sold-out shows (minus the coronavirus sabbatical), and looking to continue this trajectory for the foreseeable future. 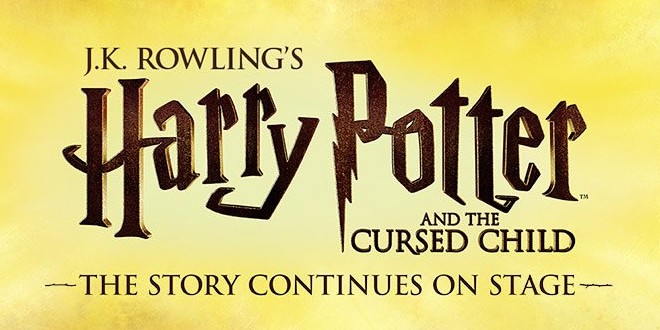 I was living in London when Cursed Child first debuted. Tickets were super expensive and sold out a year in advance. This is not a problem for any die-hard Harry Potter or theater enthusiast: Just wait and put aside some money, right? Wrong. London life can be fabulous, but just like tickets to the West End, it is also very expensive. With my salary as a mid-level manager, it looked unlikely that I would be able to justify buying a ticket to the show.

On top of that, being a Kiwi wanting to live and work in London, I had to apply for a work visa, and that comes with an expiration date. By the time I would be able to see the show I bought tickets for, my visa would be expired, and I would have to leave the UK.

That’s when Shakira, a work colleague, introduced me to the “Friday Forty.” 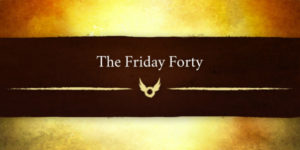 Making tickets more affordable, the Palace Theatre follows the belief that the theater is for everyone. This wasn’t just a last-minute bid to fill seats – if you remember what I said above, the show sold out a year in advance and could easily have filled the 160 seats they put aside per week for this lottery. The producers (read: J.K.) simply wanted to ensure everyone got a chance to see the play. They priced these lottery tickets at a mere 20 quid per part, a fantastic bargain as long as you had the patience to wait.

Every Friday afternoon, we had a “meeting” scheduled in our work diaries, and at 1:00 p.m., we would compete in the lottery. This consisted of logging in to the Cursed Child show site, registering our interest by pressing a button, and “getting in line” for two tickets. Participants were randomly selected from the line and then had 20 minutes to select and purchase tickets to a show the following week. 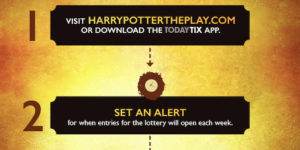 Odds of actually winning were slim. We didn’t know how many people logged on, but this was open to the entirety of the UK and the world – even famous people were traveling into London just to see the show. We guessed that we were up against thousands, maybe even millions. Eventually, we got smarter, using our phones as well as monitors to increase our places in the queue. Five months went by and nothing. It was getting closer to my visa end date, and we were getting desperate. No one was allowed to schedule meetings on Friday at 1:00 p.m. for either of us, and as we were managers, we were allowed to enforce it.

Then, one day, I heard Shakira call out from the other side of the office. “Sas, I’m in!” “Whaaaaat!” I squealed loudly, upsetting the finance team. Racing around to Shakira’s computer, I saw that she had been sorted out of the line and into selecting our tickets. I immediately felt like we were the chosen ones and our futures were bright.

We had several days to pick from when we could watch one part of the play one day and the other the next; however, we chose the next Sunday, two parts in one day, which would be five+ hours of showtime with a break in between for dinner.

That was a pretty spectacular day at work, and we struggled to stay focused for the rest of the afternoon. The next week saw us reign in our focus slightly; however, I was walking on cloud nine everywhere I went. I kept wondering what the actors would be like. How does Harry look now that he’s old? Is Hermione really Minister of Magic? And how will they be able to replicate magic on stage in real life? Having experience in theater and production, the magic aspect sans CGI and post-production techniques was a query I ruminated over a lot. Shakira, who behaved far more professionally than I, was able to actually complete all her tasks that week but was asked, along with myself, why she was smiling in the usually grim weekly finance meeting.

The week seemed to drag, and speckled throughout my growing excitement was an undercurrent of impatience. Are we there yet? No, it was only Tuesday, and Sunday was still four days, 12 hours, and 57 seconds away. To be continued…