Dan Fogler, the actor who portrays Jacob Kowalski in the Fantastic Beasts films, will be debuting three comics this summer through the illustrated magazine Heavy Metal. Fogler interviewed with SyFy Wire and shared details about his creation and plans for the comic series.

Fogler’s comics are being called a “genre mash-up.” These comics will showcase dystopian sci-fi meets detective noir. Fogler has been a huge Heavy Metal movie fan for 40+ years, and getting to work with this company has been one of his proudest achievements.

There’s a lot of surreality going on. The fact that I’m working with Heavy Metal on my comic books, some of them being an homage to Heavy Metal, with some of the artists I grew up reading. It’s just insane.

Presales for Fogler’s first comic, Brooklyn Gladiator, will begin on July 1. This comic will be set in 2033, following a warrior and psychic underground death match fighter, John Miller, as he is navigating through a totalitarian society ruled by AI and a drug-trading government. Fogler began his work on these comics almost five years ago. 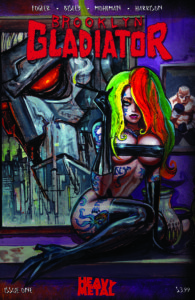 The second installment in the comic, Fishkill, will have presales starting July 8. With a detective noir feel, this story revolves around Detective Bart Fishkill, a New York City cop who is framed for a terroristic attack on the Brooklyn Bridge. Fishkill attempts to clear his name by going down a conspiracy road. Fogler took inspiration from movies like Chinatown that showcase an underdog who gets knocked down but gets back up and continues to fight. 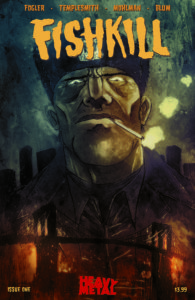 The final comic, Moon Lake, will take place in a strange town on the American-Canadian border.

[The town is] displaced from time. You go to Moon Lake, and it’s like this endless labyrinth/rabbit hole of crossroads of different brands of evil. Aliens, sasquatches, werewolves. It’s everything, and that’s why it’s so surreal and hysterical sometimes. You have these characters working side-by-side with each other a lot. 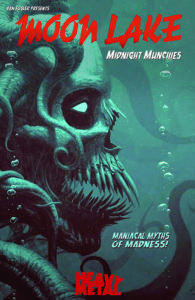 Fogler describes these comics as his own “anti-hero universe.” Moon Lake is also the connecting point with his other comic, Mythos, and he is already hinting at some crossovers. He is excited and curious to see how fans will react to these comics.

Issue 1, Brooklyn Gladiator, will hit shelves on July 15. Are you excited for these comics to be brought to life? Let us know!